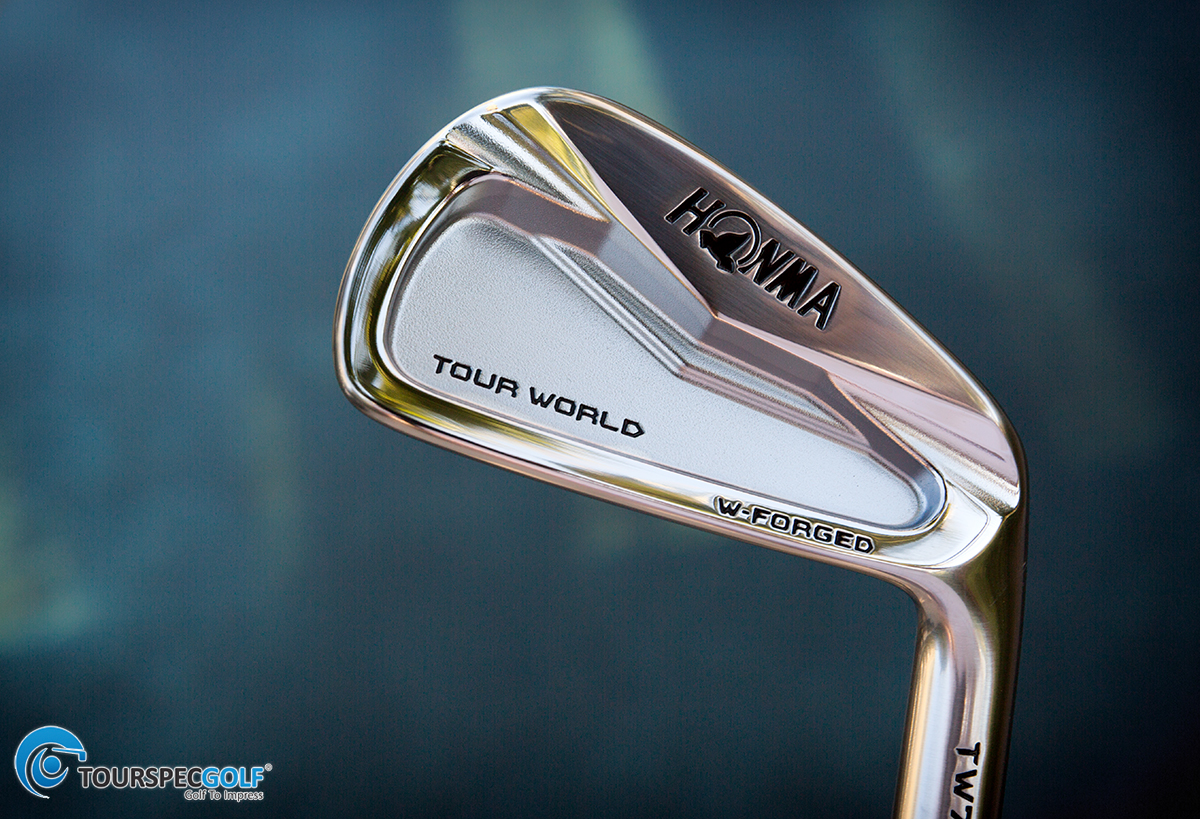 Last year the model “V” was Honma’s most compact forged players cavity  iron it was called the Tour World 717V and this year it’s grown a little to become a more forgiving and softer club making way for a new and even more compact players CB the “VN”.  This is good news to me because I liked the previous V a lot but this one  with even more forgiveness and still a low offset thin top line iron It’s now better than ever.

Honma’s professionals really liked the V but wanted an iron the had a cavity and traditional lofts still,  this paved the way to create the VN to fit this need allowing the V to maintain slightly stronger lofts and implementing just the slightest bit more size and a deeper cavity.  Ready for more angles of this beauty?  Follow the jump!… Hard to tell it’s any bigger with looks like these.  Compared to the VN it’s slightly longer heel to toe,  the lofts are only 1* stronger with it’s PW or #10 as honma calls it at 46* instead of 47*,  the face is taller  and it just has slightly more offset which you can barely see from the photo above.

Honma has implemented a new forging method called W-FORGED,  its proprietary and belongs to Honma alone,  they take S25C and cold forge press then hot forged press making the fibers tighter and in the face area even more metal compression takes place and how this translates to the player is the face is more durable and more dense so with miss-hits your shots are straighter.  Honma calls it Winning Forged but the bottom line is it’s a double metal structure which also made a more mild impact. Honma claims that against normal forgings there is no loss of momentum when hitting the upper portion of the face. 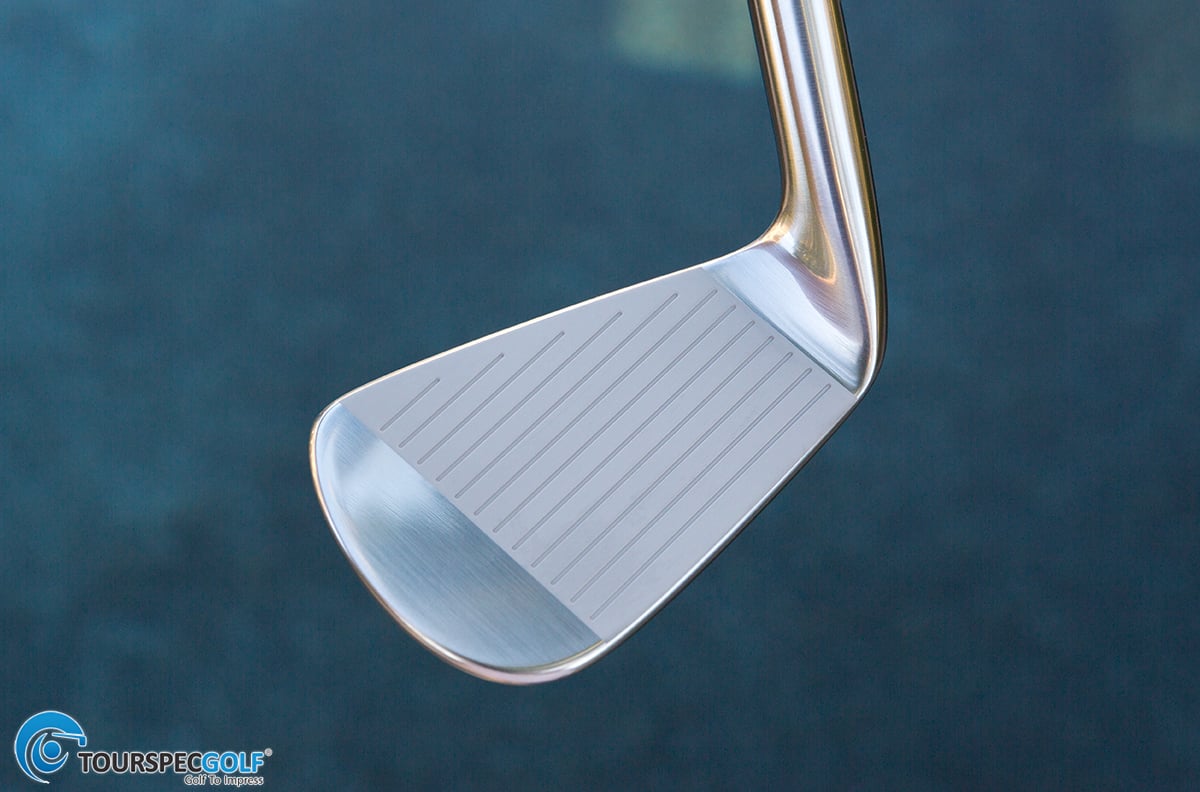 It’s still considered a half cavity but compared to the smaller Vn the center of gravity was lowered as well,  It’s considered by Tour Players a slightly bigger face shape,  to me in person and on the course it seems perfect in size,  Honma nailed it!  The pro’s even consider this Goose Neck for forgiveness but looking at it I don’t see that at all from the long to the short irons. What I love about the entire TW727 series is what they call the Half Mirror + Mirror Double Layer Painting finish but for simplicity lets just call it a beautiful high gloss brushed satin,  Honma is an expert at creating platings in house at their Sakata Studio that are gorgeous, durable and best of all golf specific designed for feel.

Now the stock shafts are NSPro Modus3 Tour 120 in Stiff as well as the Vizard IB95 carbon,  This is players carbon!  It’s not soft or whippy and the IB series has a patent itself for the steel fibers woven into the tip section of this shaft,  I’m also playing the IB105 which is a heavier special order model and find it to be even stiffer than my Fujikura MCI 120 in the same flex.  The IB95 option is in the 90 gram range with a high kick point for a lower accurate ball flight,  there is also a softer I version of the carbon vizard shaft which doesn’t have metal fibers and plays to a more flexible profile for those who may have the game to play these but not the speed for the IB version. 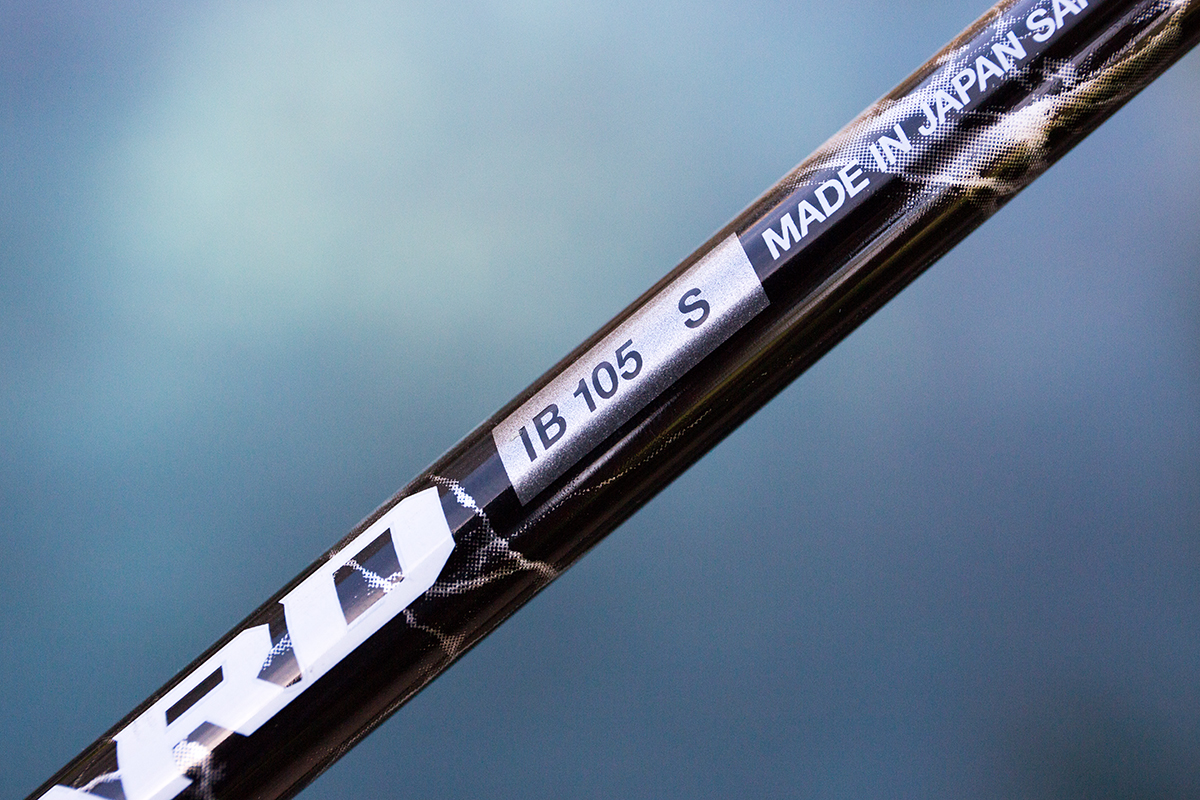 Below a photo of it’s sole profile,  here’s where you can tell its a little wider than before but it does have a nice pre-worn leading edge for better ball contact and turf interaction.  I also really like the font they used for the numbers on the sole it adds to the somewhat modern look of the entire series.

So the bottom line is Honma by adopting the W-Forged method,  lowering the CG by making a deeper cavity and increasing the dimensions has made an iron for the low-mid handicap to professional player that plays easier than it’s predecessor,  has better feel as well as a bit more distance. 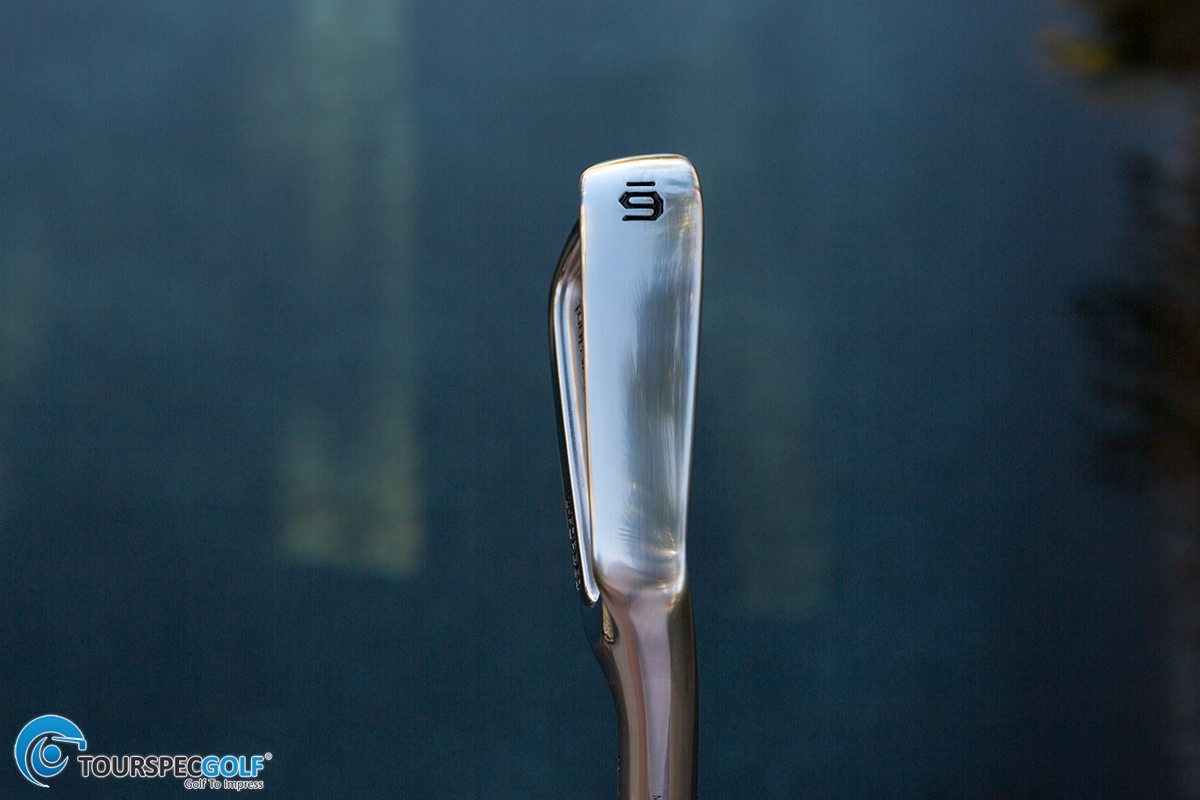 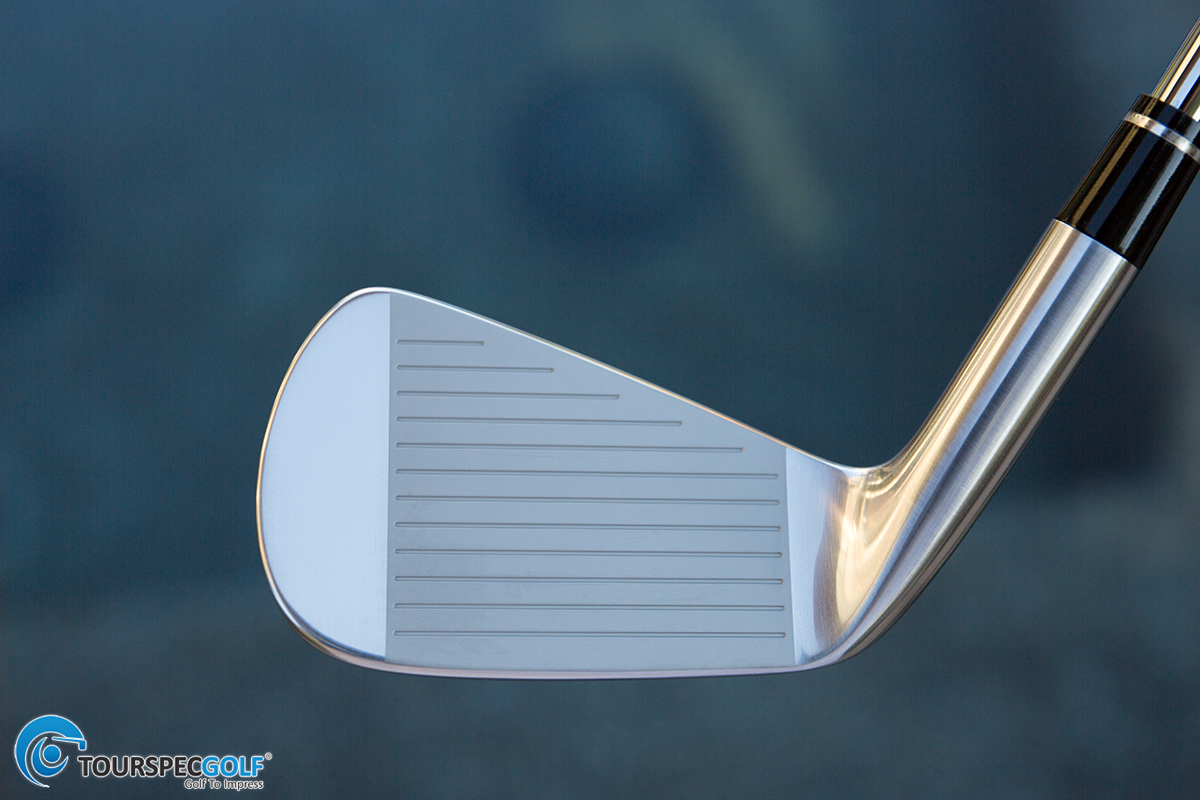 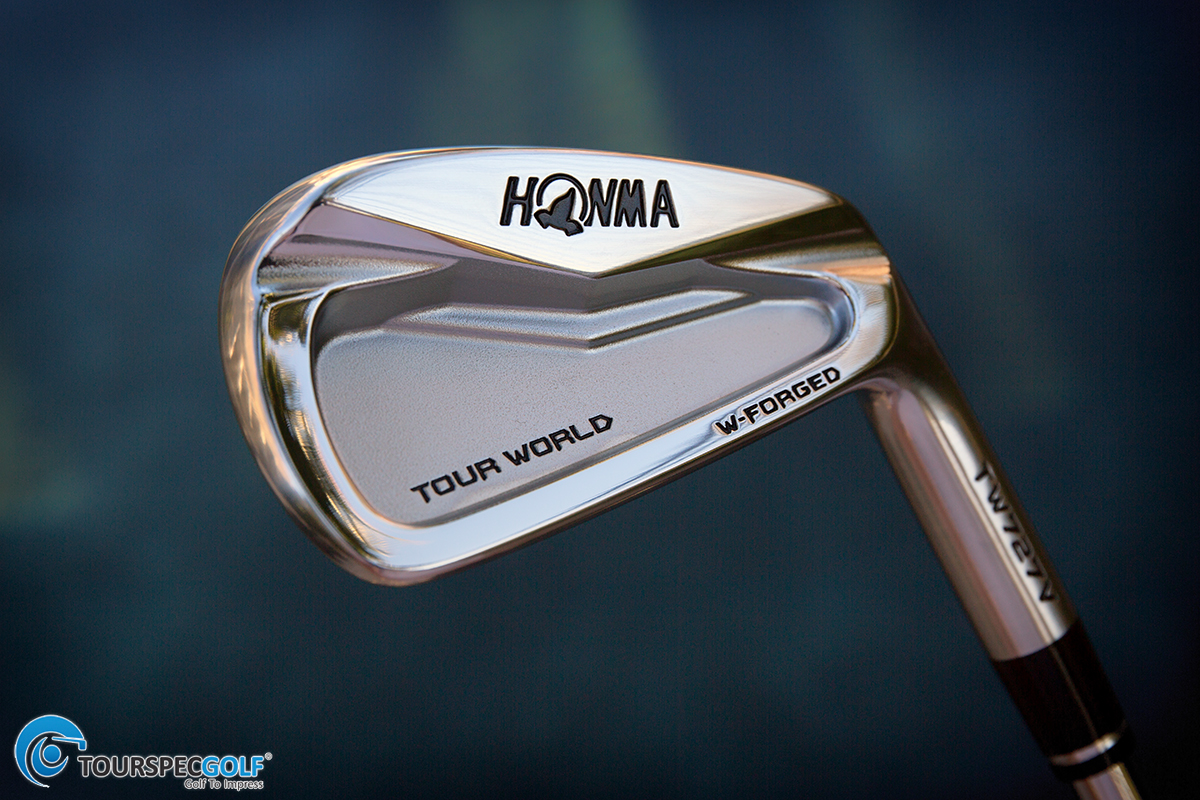