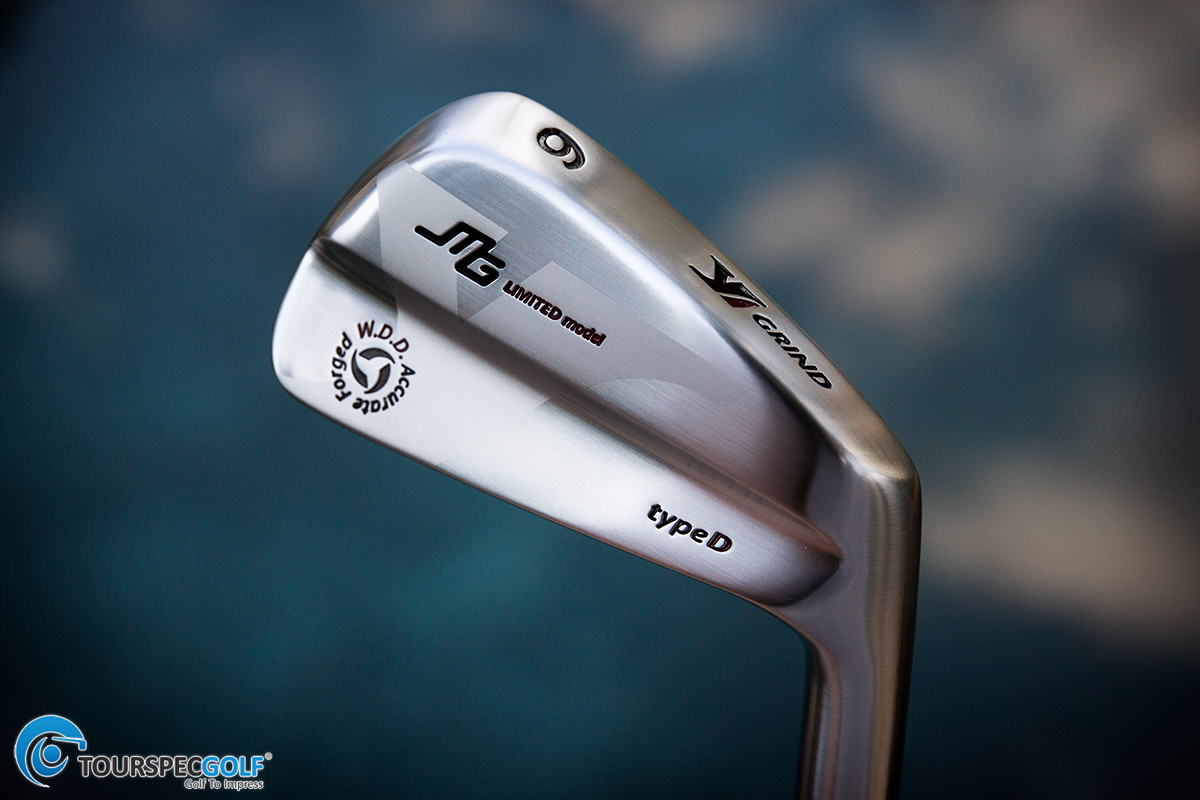 Miura Giken has a couple of new variants recently announced called the Y-Grind series Type-D & Type-F blades,  both very similar to the blades they already have the market but hand ground with some aggressive new angles and edges.

Of the two models the D & F MG has released 200pcs of each model 100 in a more silver metallic finish and 100 in a flatter silver look x 2 different sets that means a total of 400 of these new blades  combined will exist.  While it looks like most of their other blades as the base heads are often shared there are still some visual distinctions that are easily noticeable from different angles that we will highlight in this blog post.  If you like Miura Giken ( Japan Version ) and you enjoy drooling over muscle back irons its time to read more… 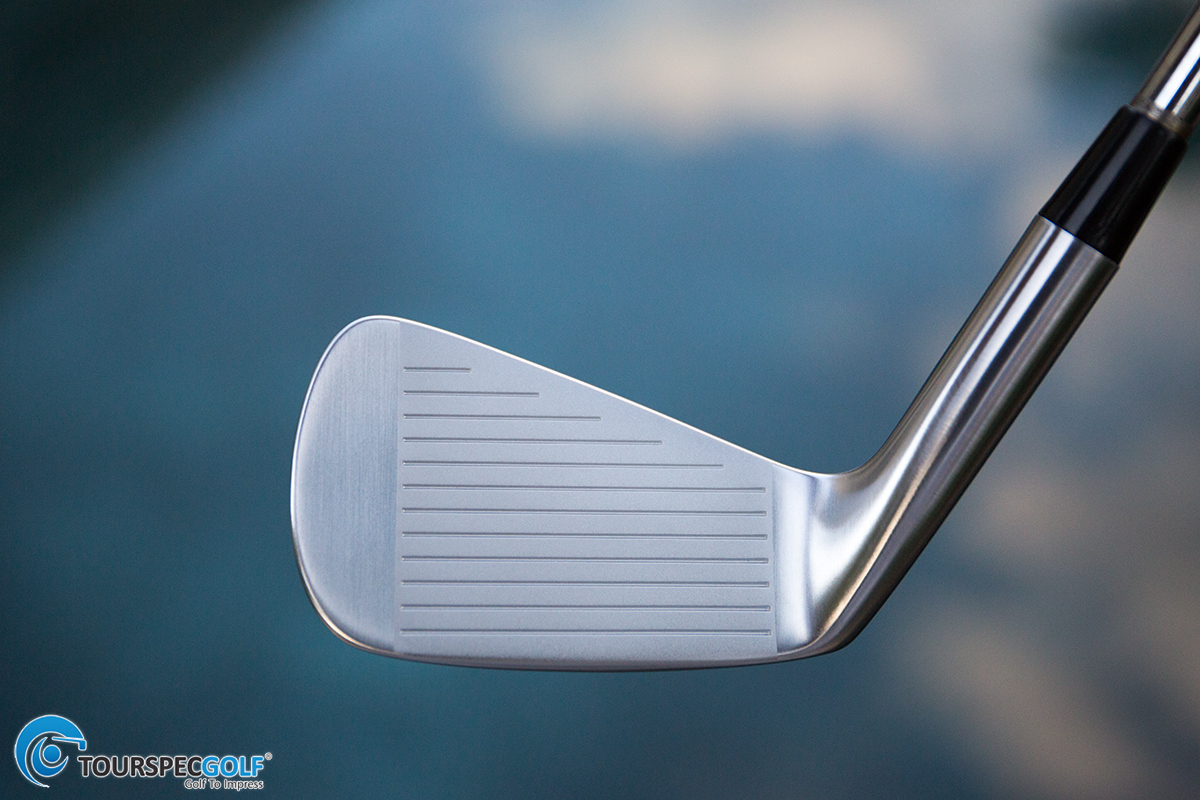 So why buy these?  really they are not so different from what MG already offers but the main difference is the toe grind and face shape.  Miura-san has always had toe grinds that were usually more squared and boxed off over what other brands release and on the other side of that extreme is Zodia who has the toe’s highest peak closer to the outline of the groove and most other brands are in between.  In the photo above you can see the toe’s highest point is as far out as you can put it which gives the appearance of a larger longer to toe heel to toe length and also helps push as much weight out for a more centered CG although it is still slightly toward the heel vs the middle. Above the Y-Grind D from top view – When you have a slightly squared & pushed out toe it also changes the appearance at address,  I personally like this look very much as it’s lines and shape just look stable and minimal,  this shape is the less extreme of the two toe grinds as you will see in the Type F photos,  I think the type D is just slightly more boxy than most of MGs other blades.  Both irons share some of the best techniques used in my favorite MG iron the MB5003. 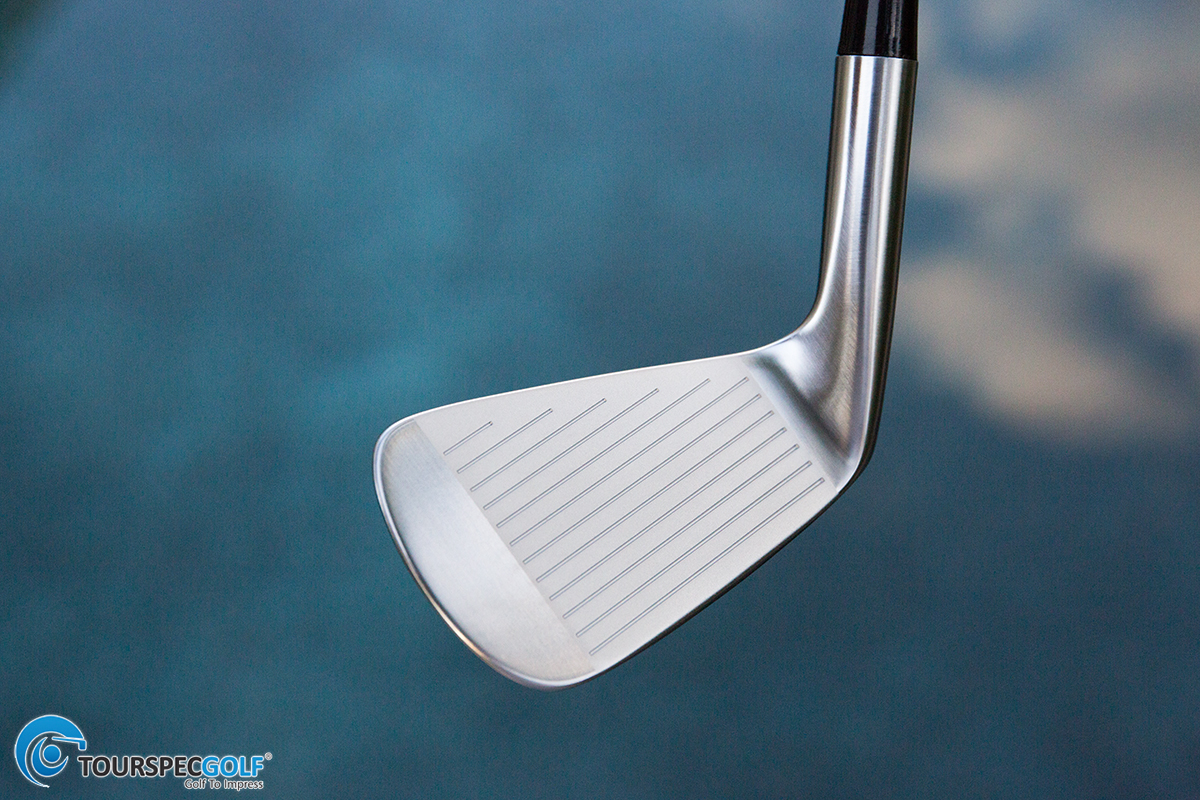 Back when Miura made some of the Taylormade irons they looked similar to these and later grew a following which TM implemented into some of that eras MB and CB designs after finding that many MB players on tour also preferred this look but how does it compare to the opposite extreme?  The Zodia extreme which almost aligns the toe peak with the outer groove edge is a newer look,  sharper that some say produce a smaller head profile yet more forgiving as the bulk of the mass sits tighter and closer together.  What I would advise is don’t pick one and say you like it better,  try both and you will notice that your eyes will prefer one of the other but at the same time your result or the overall performance may favor another. Type-D Sole Above:  It features a nice slight leading edge grind, flatter narrow sole that tapers in toward the heel,  of the two finishes I would recommend the shinny satin version as shown in these pictures over the flatter more dull finish,  The Type-D has red accents such as the letter D and the funky Y on the sole has a touch of red in it,  personally I think Miura should have made an extra 10 sets almost completely blank of stamping besides the MB logo and I know many of our TSGers feel the same way.  From the sole grind the Type-D & F are near identical. 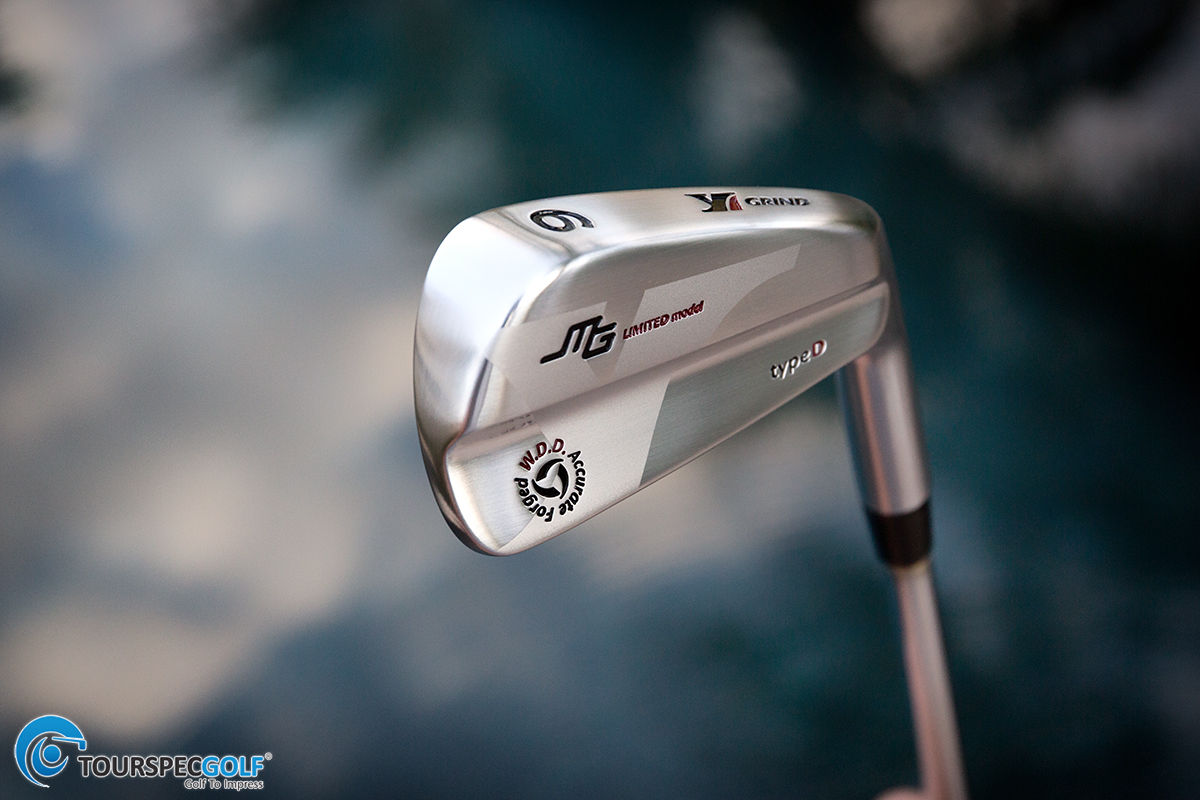 And now the Type-F… 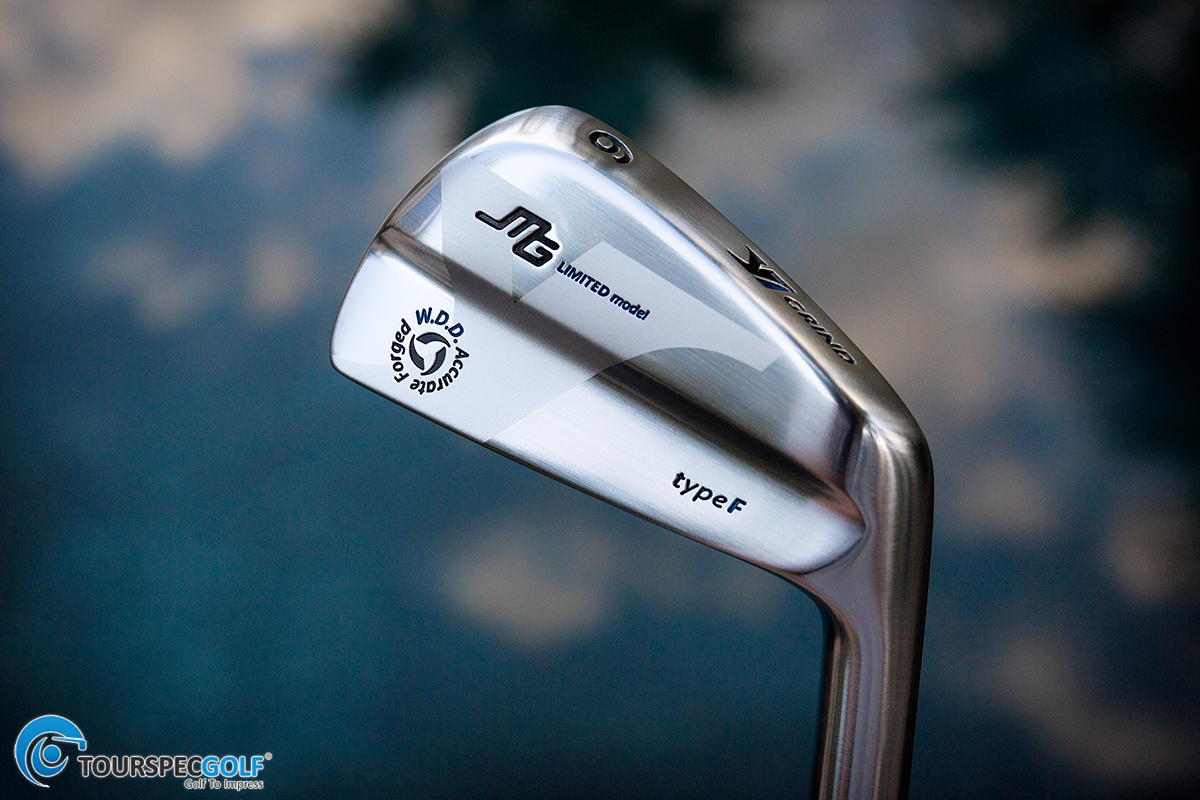 What you should notice first is the toe in the above & below pictures,  it’s sharp and as far out as it can get this is the toe out extreme of Miura and while the Type-D to my eye looks stellar the Type-F is the contrast to go for.  If you want something special this is it.   My take is that blades are blades and Miura blades always have a similar flavor so go for something different try the F as there will be more like the D in the future but the Type-F is something special and different. 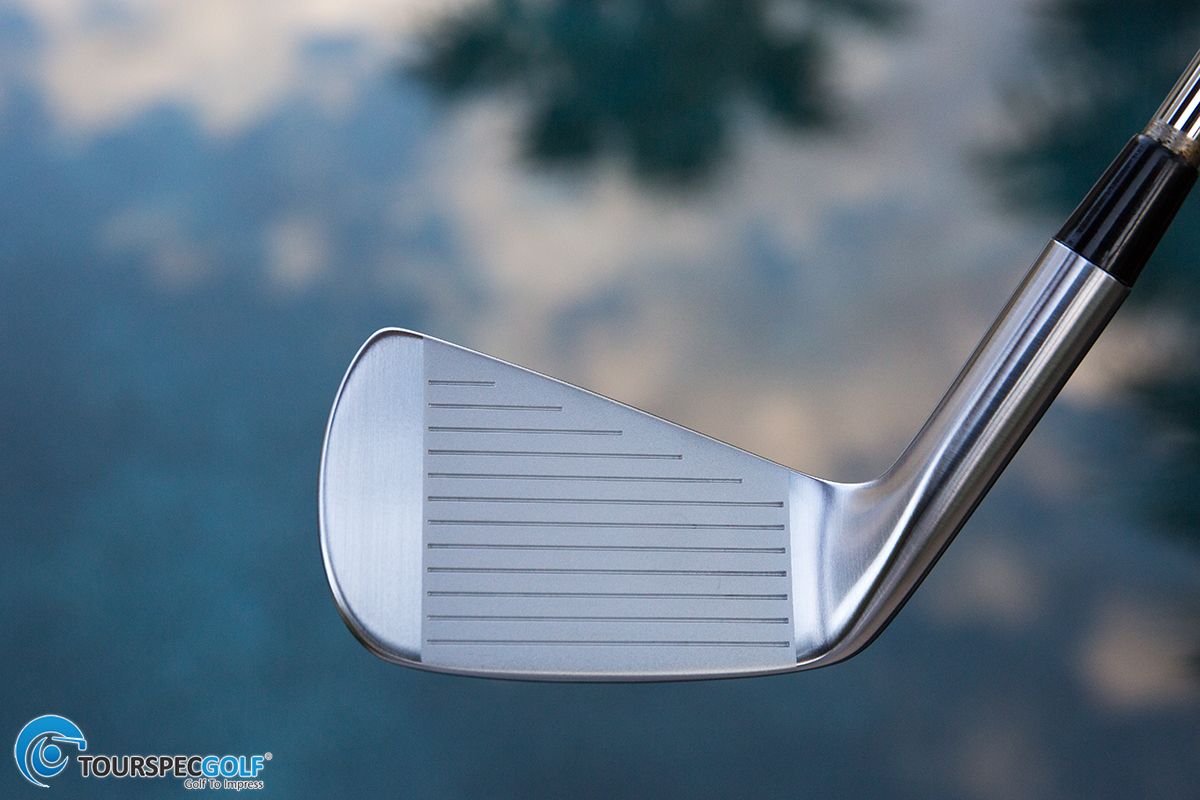 Taller near the heel,  higher CG,  straighter lined top line leading to Miura’s sharpest peak while not many modern irons have this look it reminds me of a few classic irons I remember.  So what you are really choosing between is the face profile and address appearance between the two and this is the more extreme of the two. Scroll up and compare the toe and shape vs the Type D to see the difference,  knowing these difference help create a preference,  not many golfers can see let alone describe the grind adjustments they prefer,  TSG’ers are exceptionally well at this as they are the most discerning in golf.  I applaud Miura Giken for producing irons with these types of grind differences. The toe on this end of the sole isn’t as thick on the “F”  It’s less tapered yet still has that slightly leading edge grind which is perfect for step swing,  firmer conditions or just players who hit more precise shots that need to clip the ball perfectly without bounce.

In the TSG Forums I have created a thread showing these same photos side by side with notes for you to better compare. 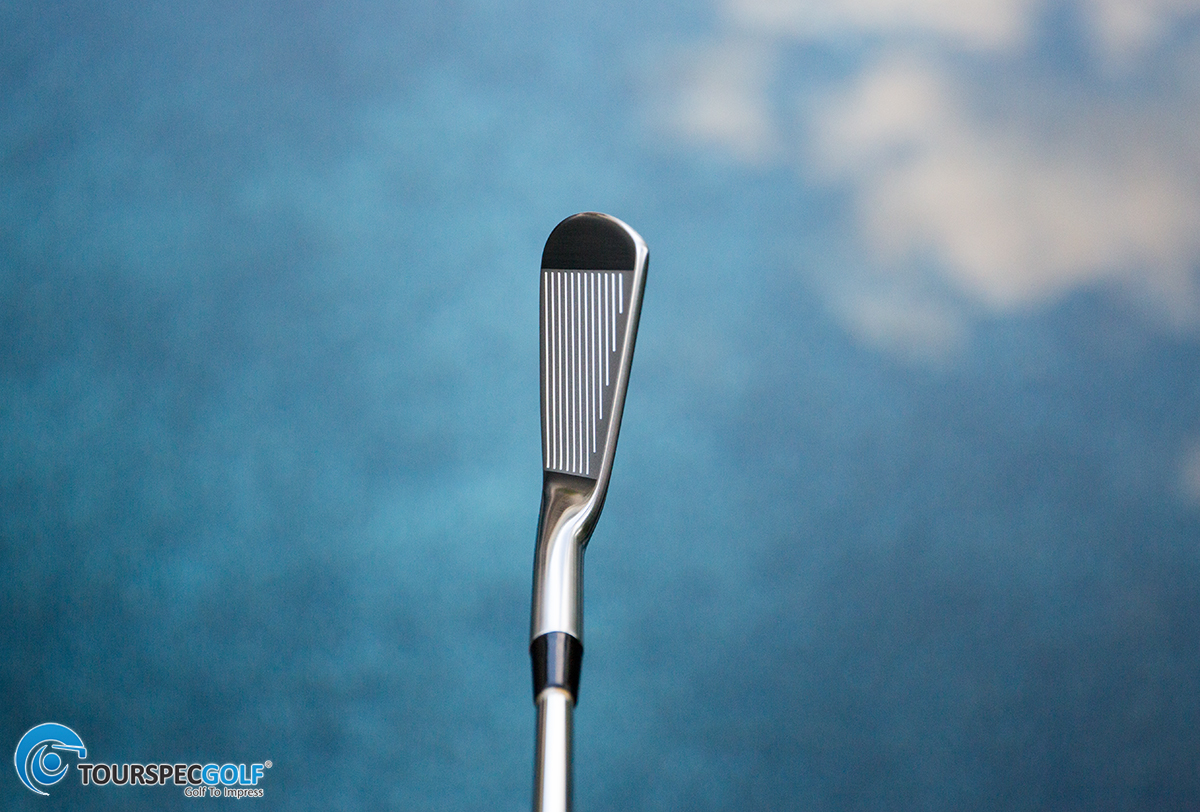 Thinner sharper and reminiscent of classic blades I like the way the D looks naturally but those and similar shapes should often be available from Miura but this F…  It’s unique that toe is so far out that it makes the top line appear even thinner even though their thickness in millimeters are equal.  So which would you choose?  The Y-Grind Type-D or Type F?

Want to see side by side pictures?  We have a special thread going on in the Forum to compare these two,  Join the discussion by “clicking here”