Tourspecgolf was invited to the ONOFF 2013 New Collection launch so I headed out yesterday to Shibuya to check out all the new gear for the new year. Every year they hold their launch event Ebisu/Daikanyama area which is just south of Shibuya. 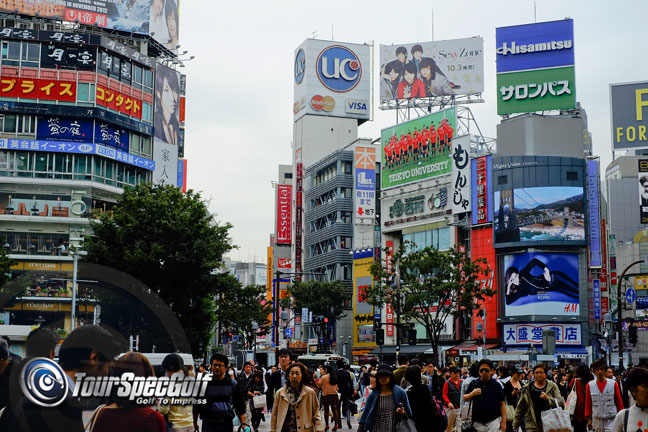 While Shibuya is a constantly busy and buzzing area of Japan packed with color, lights, fashion and people, Daikanyama is more old fashioned and along with Ebisu an eclectic mix of different levels of dense residential tightly mixed with new developments and classy boutiques and trendy bars and eateries. 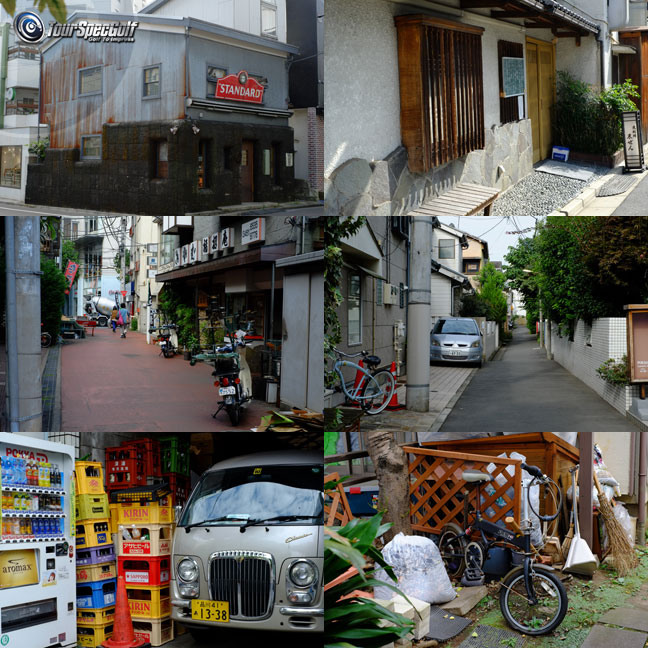 I snapped a few shots of Daikanyama during my walk from the station to the Granada Suite where this years ONOFF even was being held. As always ONOFF is about style and image as well as golf and it was quite easy to pick spot where the even was being held by the strategically placed signs leading to the even and in front of the even itself. 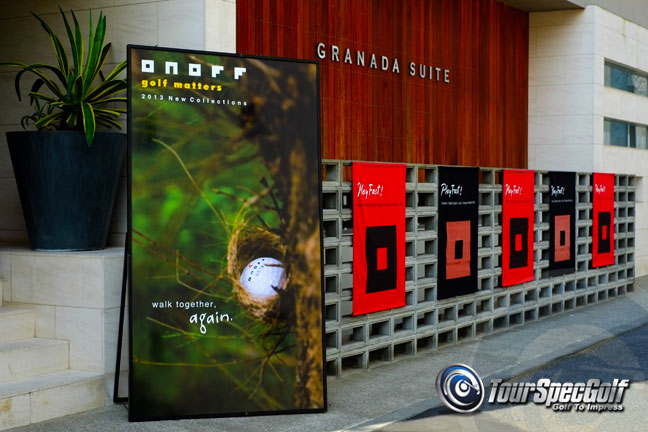 As always I was met by Yuki-san our overseas rep for ONOFF here in Japan. As always she was a great host and able to spend a good 2 hours with me going over the new products, their design changes as well as talking about ONOFF going forward. I of course got the chance to snap a bunch of pictures as well which I will post here. Keep in mind I will not be going into specific details about each model since I will get demos and do official reviews on each club in the coming months. This blog is just to give an idea of what is coming out. 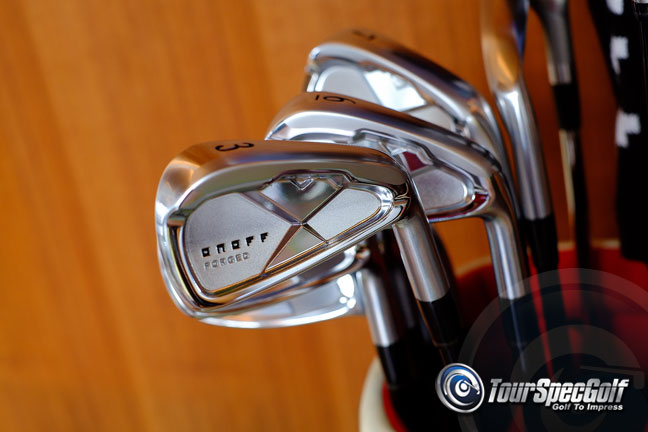 One of the most popular all around forged irons has always been the ONOFF Forged (or Black as it has been called in the past). The Forged blends very soft feel matched with forgiveness, distance and control which appeal to a very wide range of golfers, from better players wanting some forgiveness to average golfers wanting a premium forged iron to take their game to the next level. At first glance the new iron does not look all that much different from the previous model. One great thing about ONOFF is they have always understood that a great product does not need to be completely overhauled but rather tweaked to become better. If you look at the evolution of different models in ONOFF’s line you can see this pattern of models improving through small design changes and new technologies while maintaining a similar look. 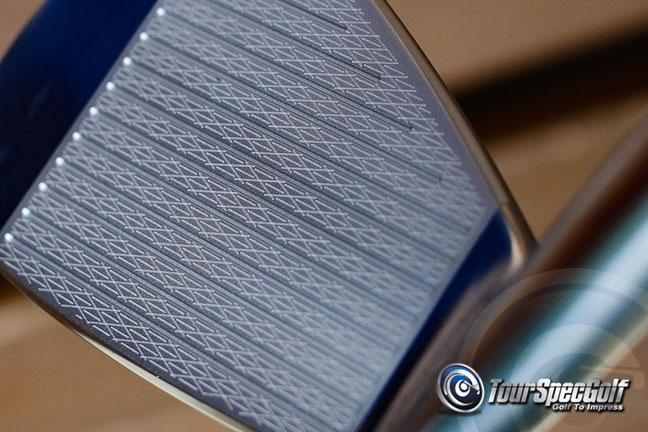 So while on the outside, the 2013 model looks a lot like the 2011 model its dimensions have changed as well as CG point thanks to a thicker ridge added towards the top line on the back cavity. The Toe is a tad taller and the length of the iron heel to toe has shortened to make it subtly more compact, the sole is also slightly thinner. The thicker top cavity portion actually raises the CG to create a stronger more stable trajectory with more spin. The taller toe also contributes to this adding more spin control. The most obvious visual change is the new laser milled face which looks awesome. I said I wasn’t going into too much detail so I will leave the rest for my review. 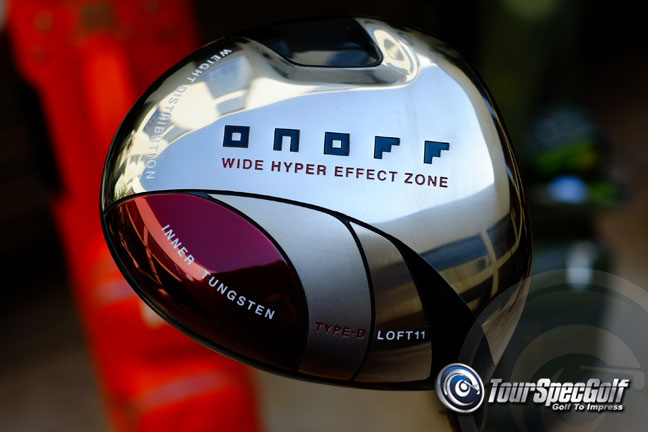 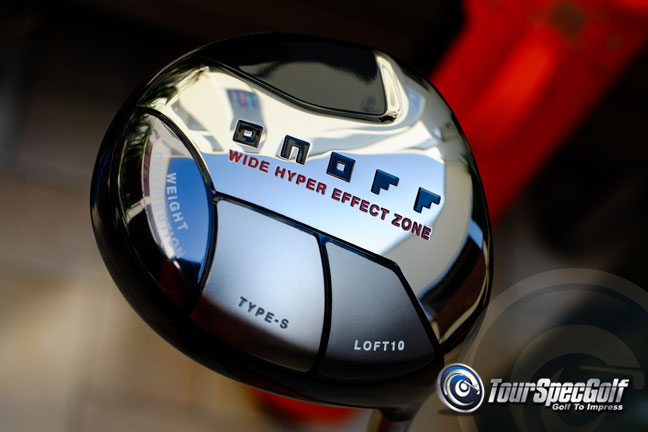 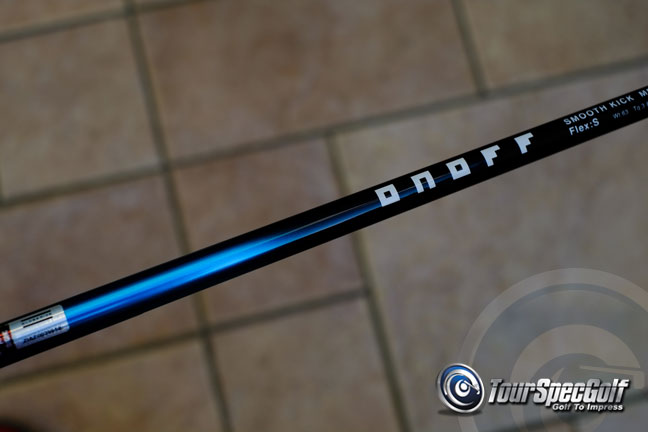 ONOFF has two new drivers for the 2013 season, the Type D Red and the Type S Black. These have all new looks to them and quite a few changes in design including shape and size (the Black is now 430cc from 460cc and more pear shaped) and weighting. I’ll go into more detail during my reviews but they looked great and set up great (the Red has a gradient black and red crown that looks awesome). The stock shafts also look great with gradient colors mixed with black. 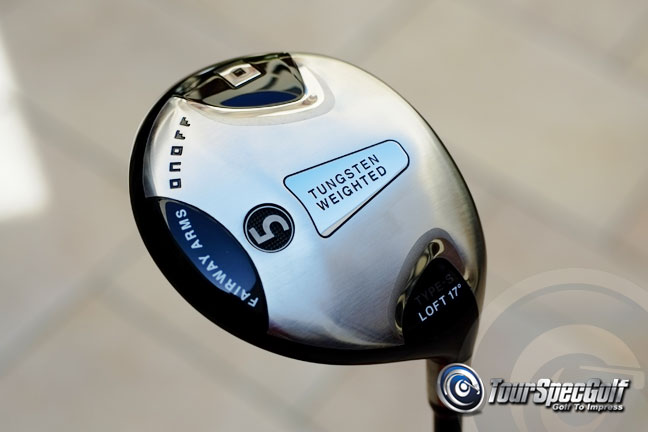 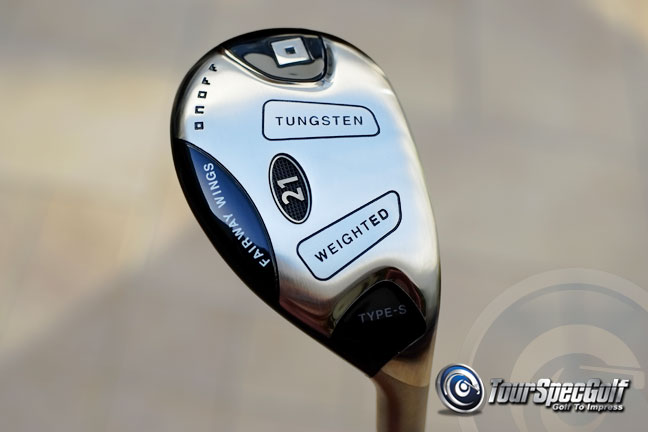 While the Type D fairway wood and utility stay the same for 2013, ONOFF has released all new Type S Fairway Arms woods and Fairway Wings utility. Both feature visual changes as well as considerable changes to the face design creating much larger sweet spots and more responsive faces on both. The weighting has been adjusted and has become variable depending on loft for the Type S and the head has become more compact while maintaining its deep face. ONOFF Fairway woods and utilities are always very high regarded at TSG for superb performance and feel and the new models should be no different and most likely improve on previous models. 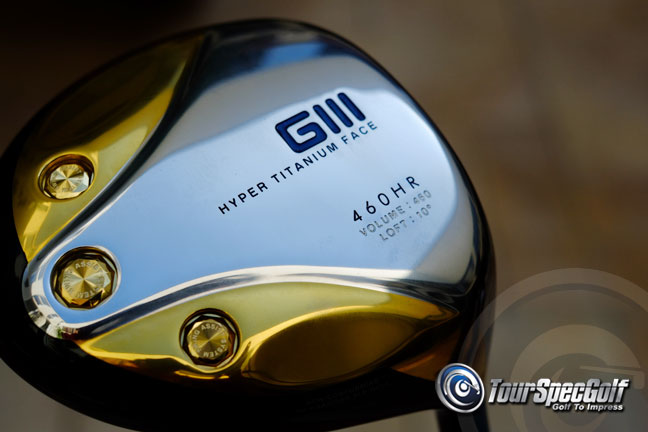 Recently there has been a revival boom of Hi Cor non conforming drivers in Japan. The launch had the new GIII 460HR Driver. Not many people know GIII which was originally created by Daiwa Golf as their premium wing to go up against the likes of Honma Beres and Maruman Majesty. All GIII clubs are completely made in Japan from the most premium materials and feature designs that focus one ease of use and distance performance. The new GIII 460HR looks very nice and with nearly 0.88COR is designed for higher launch with lower spin for max carry and run. GIII has also decided that not all players get along with longer drivers ie 46.5″ and they believe a shorter length will allow more consistent ball striking which I completely agree with. The 460HR is available in 45.50″ lengths and for the ladies at 44.00″.  Best of all for a premium model with in house high modulus carbon shaft, it is priced far better than any other premium Hi Cor driver. 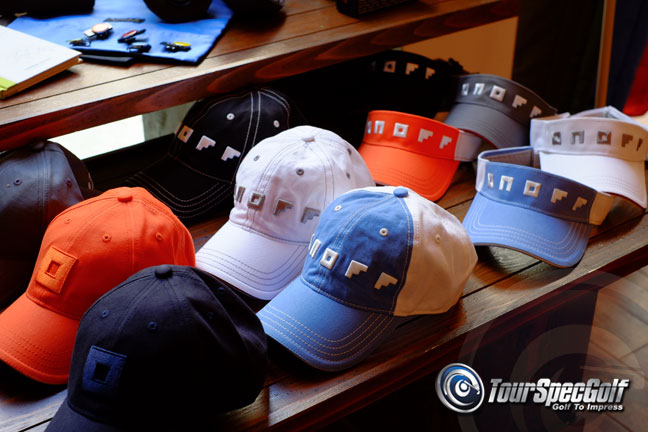 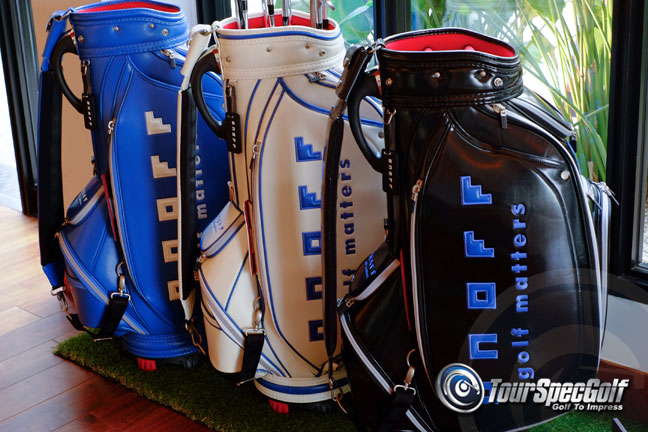 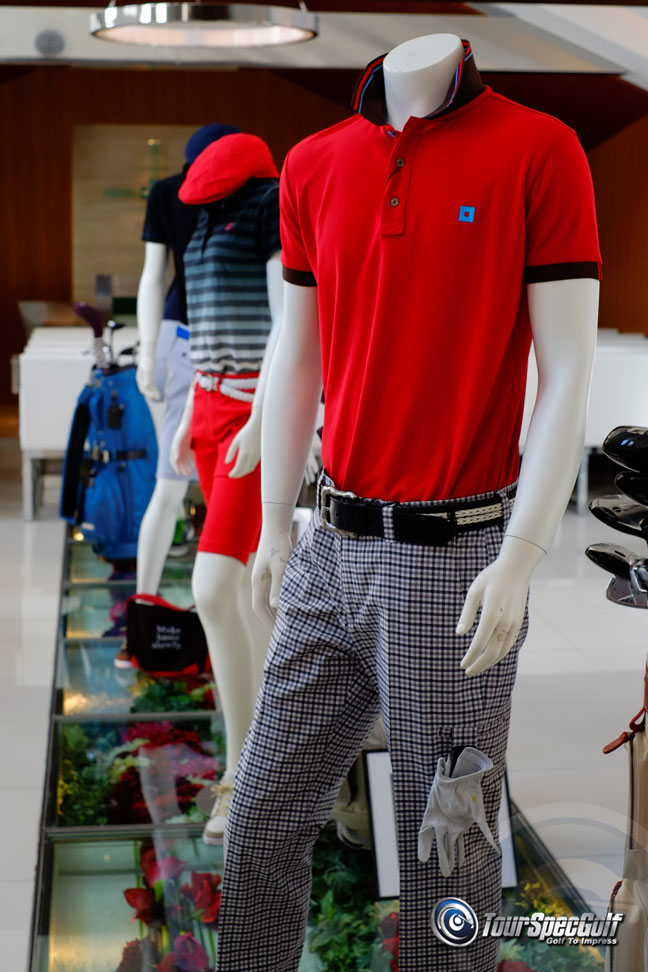 Besides the new clubs there were a huge assortment of new clothes, bags and accessories.  Pictured above are the new two tone caps and the new pro model limited edition Caddy Bag. The clothes look fantastic but at this point are Japan only. Their new Soft caddy bags feature a soft leather like material that looks and feels super premium. Once again thanks to ONOFF for having me and make sure you check back in coming months for more in depth reviews of each club. In the mean time check out more cool accessories from the ONOFF Launch! Be sure to check out the discussion thread in the forum! 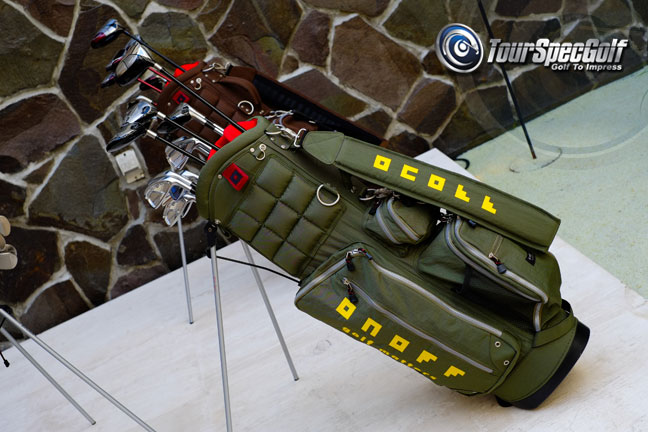 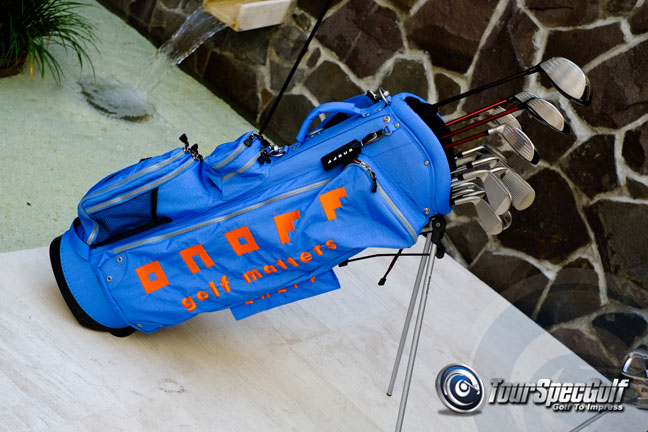 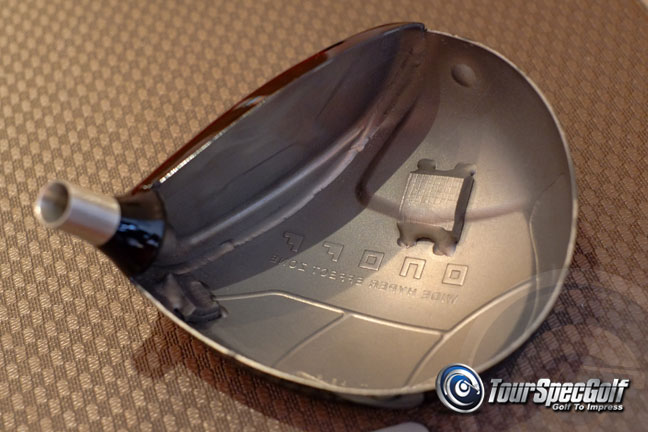 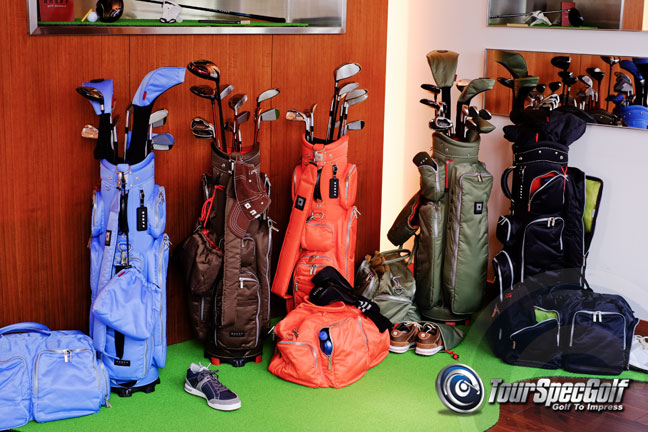 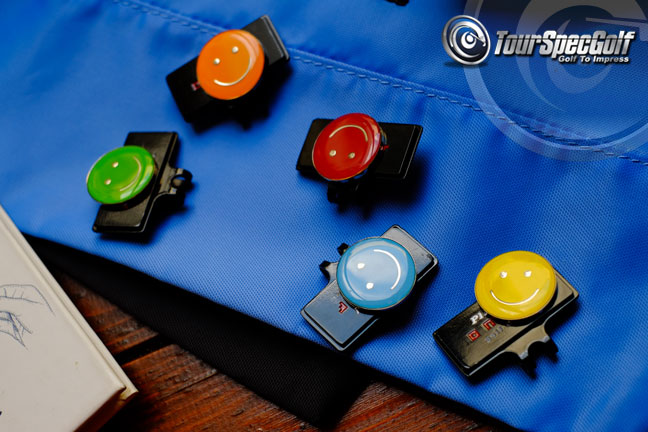 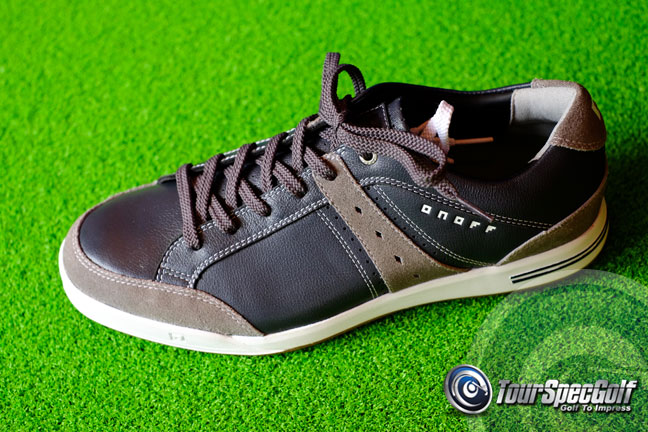 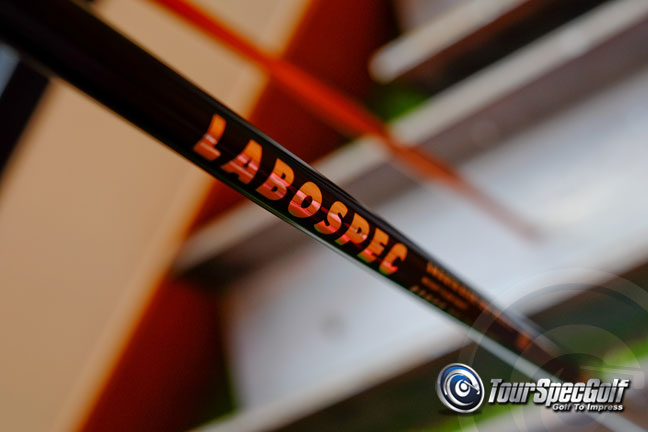 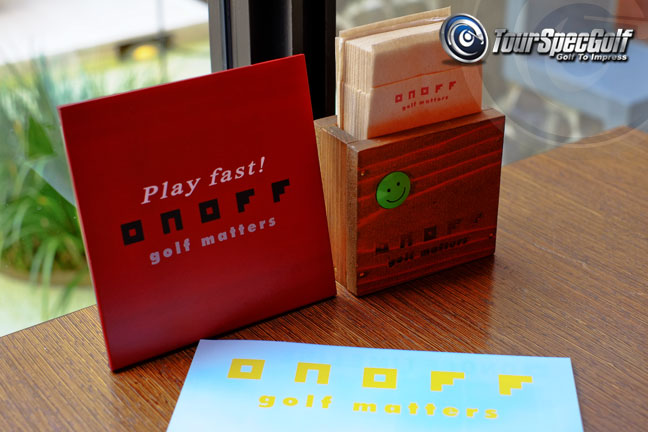