Lots of news on the Crazy front. Crazy shafts which began a few years ago as a very underground boutique type shaft brand made for hardcore enthusiasts and long drivers has grown considerably in the last 2 years. With more and more exposure across Japan including top golfing publications and golfing events across the country, more and more mainstream golfers are coming to recognize the Crazy brand as one of the best shaft offerings.

Crazy officially launched their Tour Van (they call it a tour bus) last month which supports not only pro long drivers and tour players in Japan but at many promotional events that Crazy is now holding monthly to allow players across Japan to test their shafts. I’ll be heading out to one of their events next month for pictures of their new van and to cover one of their fitting events which are always very interesting thanks to some of the ultra fast swingers and hard hitters who always seem to come out.

On the product front, Crazy is about to release their VERY LIMITED Toyoshima Special Wedge. Toyoshima Daiki has taken years of tour and grinding experience to personally hand grind these new wedges for Crazy. He worked hard over the last few weeks to grind 50 sets of 52 and 58* wedges which will be made available with Crazy Black high modulus carbon shafts. Crazy has decided to release 2 types of heads, a face milled model and a non milled face model.  Because of the shafts that come with the wedges, the costs per set are quite high. We’ll have the non milled face set at 950.00 a pair and the milled face set at 1150.00 a set (estimated pricing).  Remember only 50 sets are made and this is for all of Japan so I estimate we may only get access to a handful.

Crazy has also released their new model iron shafts, the Crazy Black series. There are 3 models including the very crazy price wise CBI-80 Limited which are 80t full carbon sheet iron shafts. These perform like graphite but with the dispersion of 130g steel. They do cost a fortune though so are not for everyone (probably for very few people at that). They’ve also released more down to earth CBI-01 and CBI-02 shafts which are 50t and great for those moving from heavy steel to slightly lighter graphite who still want heavy steel dispersion.

The new Royal Decoration shafts are also out for slower and more average swingers wanting crazy distance from an ultra light high modulus carbon shaft. Released at the same time is a new TJ-46 HK for High Kick model which helps bring ball flight down for those who hit the ball too high. Also a new fairway wood shaft the FW-50 Sigma has been released. The FW-50 is a control shaft for those how want a heavier FW shaft that produces a more penetrating ball flight and stability.  There are also new head covers on the way as shown in the image below.

Be sure to check out all the new products in the TSG pro shop! 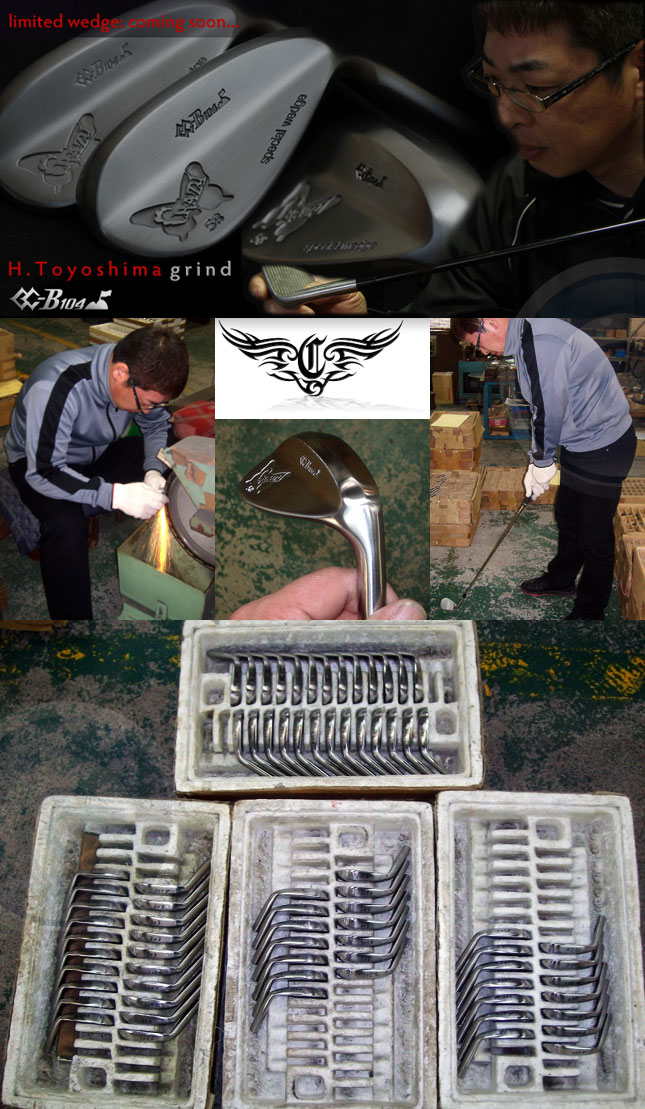