The New 2011 TourStage X-BLADE 905 CB Limited Edition Irons were first spotted at the Japan Golf Fair back in late February.  TSG immediately put the Pre-Sale up as we know the new TS limited irons would sell out quickly.  I had to wait for my sets one 905 Limited MB and CB until all customer orders will filled.  I finally got them in and I just can’t wait to hit them.  Already TourStage is almost sold out.  They have only a few left as of today with NS950 only,  If you didn’t jump on the presale you may want to do so now.

I have all sorts of idea’s running through my head,  Do I go with a combo 4-8 in CB & 9-PW in MB? Should I give them a brushed satin look and change the paint fill and install Muziik Grips to match?   I’m Even considering Crazy 80T graphite shafts…  Things have been coming around lately for my golf game with the last 2 rounds in the low 80’s and one 9 at 2 over.  It’s almost a 10 stroke swing from where I was at almost a month ago.  Thank’s Tatsuro Sensei for helping me sort out swing issues and thanks to Ryoma/Muziik for keeping me in the fairway and longer than ever!  I have the confidence that I could handle a Combo set, but should I? 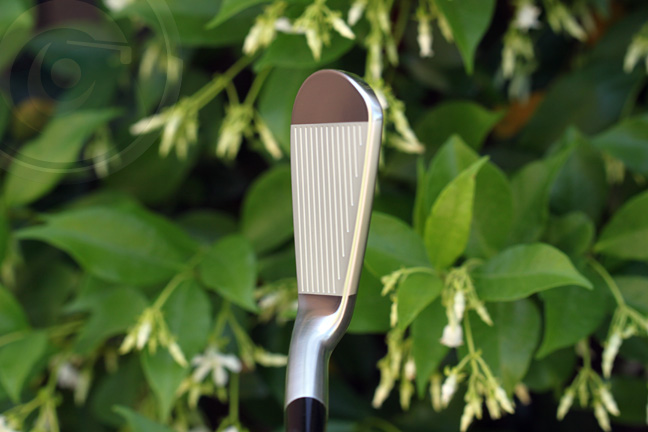 Forged of S20C at Endo and backed by all the technology Bridgestone Golf could throw into these I consider the new 905CB the latest evolution of the ultimate players CB.  The next Generation MR-23CB if I could with hint’s of the TS-201’s in there yet in a much smaller more refined package.  The loft’s are as close to semi traditional as one can be now days.  The 905 CB comes in with a PW at 46* while the MB 47*  Traditional set makeup is at 3-PW but I opted for 4-PW and will probobly only bag 5-PW as I use utility woods and a driving iron in place of the *4.

Above is a comparison image of the New 905 Limited Blade’s sole next to the 905 Limited CB’s.  I will be posting more comparisons shortly in the TSG Forum shortly.  Both irons have an extremely think top line with almost no offset.  The MB has less than the CB of course but heel to toe lengths and overall shapes are similar enough to make a great combo set.  Both are in NS950 with the same swing weights and I think that should work out good as the design produces a lower flight while the NS 950 will help get the ball up.  Below I have Images to share, please take your time and look through them.  Full written review + video coming early next week along with a profile post of the Muscle Back Tomorrow!