in Featured, Iron sets
1.1k
VIEWS
Share on FacebookShare on TwitterShare via Whatsapp TSG regulars should be very familiar with Ryoma brand of woods as they have brought us many joyful rounds of golf to us over the years. D-1, D-1 Maxima, and the current Maxima were truly revolutionary and extraordinary that it quickly became one of the most trusted brands in JDM woods. To this day it is consistently one of the top-selling drivers among JDM enthusiasts. Ryoma Golf just announced that they will be releasing the brands first ever set of irons.  Follow the Jump for tons of pictures and a clear explanation of the technologies and materials involved in the creation of one of Japan’s most anticipated game improvement irons… Ryoma has heavily invested their R&D resources and time to develop a very high tech set of irons that will be unlike anything on the market today.

Today, most major manufacturers have a game improvement line up that is geared towards golfers who may have lost some distance due to aging or simply looking to improve their scores by using more forgiving gear. In this category, we see irons such as XXIO or Honma irons which are forgiving, yet provides enough playability for the experienced golfers. 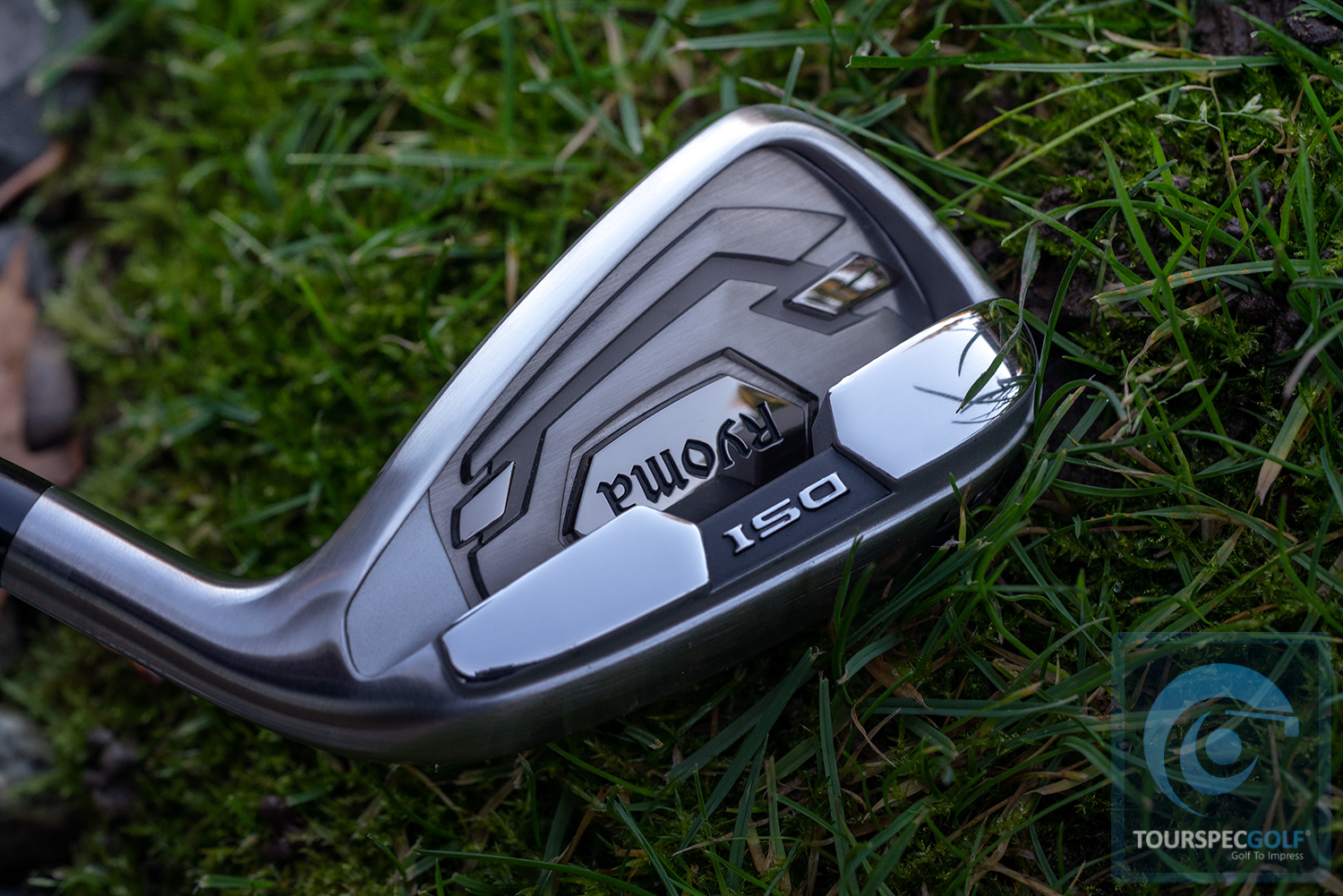 The DSI weight you see on the lower back stick out a bit so you can see that they tried to create a deeper CG in this head to help with launch and how they placed the two bumpers on the heel and toe shows that they were also after higher MOI to help with stability through impact. From the face side, what I see is a very refined shape for a GI iron, perhaps a bit longer toe to heel for added forgiveness. From address, the top line is just the right thickness and definitely not intimidating. The offset is rather small compared to other GI irons in the market. With these appearances, I think it would please both experienced players as well as beginner golfers seeking a confidence-inspiring view. 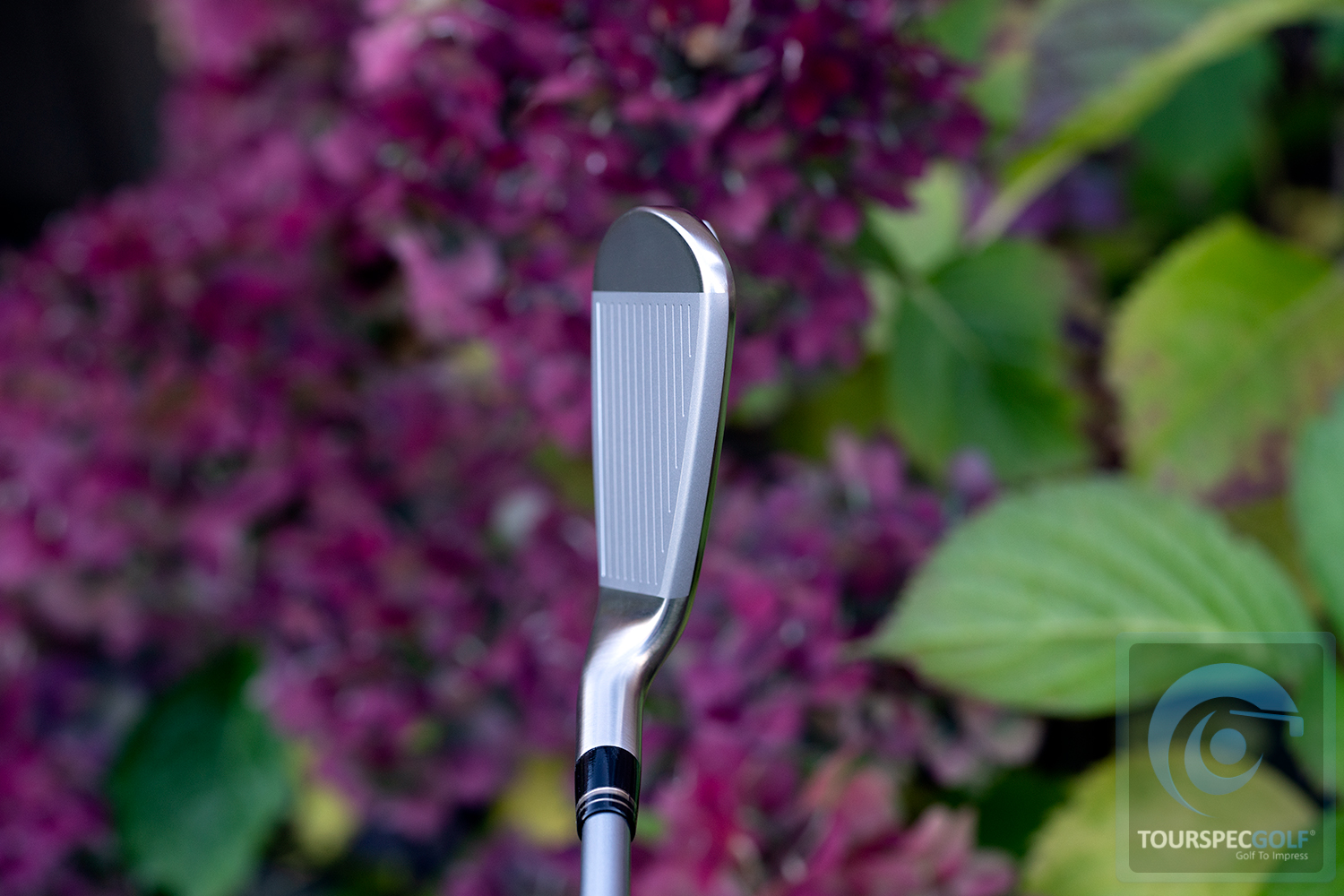 Generally speaking, irons of this segment have a mix of properties. For instance, the Honma often tries to make the iron plays easier by incorporating stronger loft to get the ball further. XXIO Forged keep a rather tradition loft but incorporates modern CG design to help with launch and forgiveness. Ryoma Irons’ proposition to the market is to produce straighter, higher and longer shots that still stop on the green with minimal twisting for off-center hits. Sounds too good to be true? Let’s dig into the design to see what they did to accomplish their goals, shall we? Furthermore, the shape of the sole has two sections the leading edge side is a player-esque sole that will glide thru the turn nicely upon a clean flushed hit. The trailing edge section is the secondary sole which is slightly recessed a bit only to be effective when the player hits the ground too soon before impact. This secondary sole section will help let the head glide thru even when the player makes an early release which normally would result in a fat shot. With the Sand Wedge, they say you can just duff the shot and the sole will do the rest! The face shapes are progressive and vary throughout the set depending on where CG and weight placements matter most.   For example, longer irons require a lower CG to help get the ball in the air easier so you will, of course, see a different shape vs a mid or shorter iron from the face on profile view. The Ryoma Iron has more offset in the longer irons as it reduces the closer you get to wedge.  The photo below shows a #6 iron which is usually considered a long iron in this game improvement segment.  The neck transition and overall shape of the club lend itself to forgiveness. 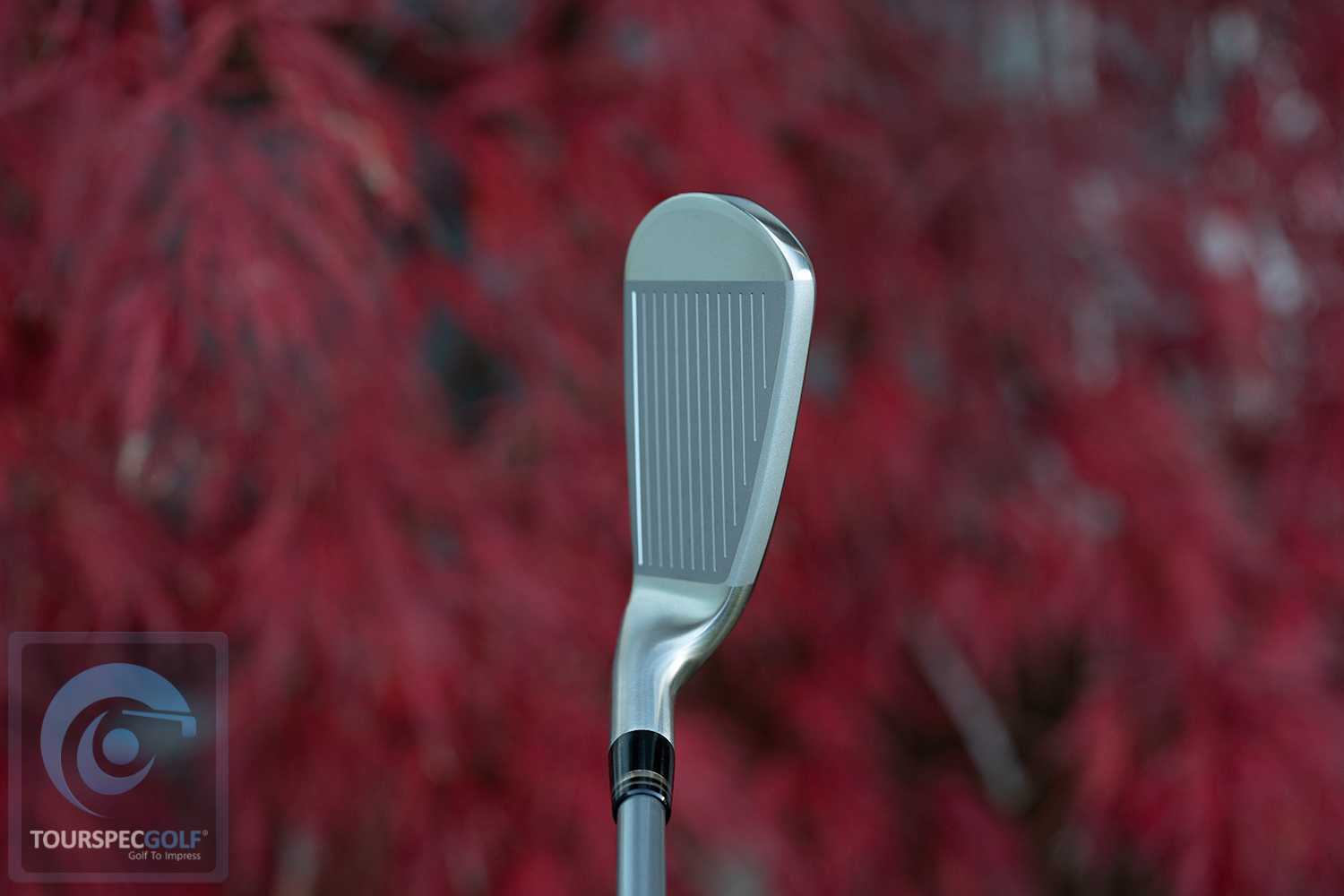 In the below picture the #6 iron sole view,  you can see the different color highlighting the face material used.  Below Various finishes from chrome mirror to satin chrome and multiple hue’s of each color used make this an extremely attractive iron for who it’s intended audience is.  It also makes it difficult to photograph ;). 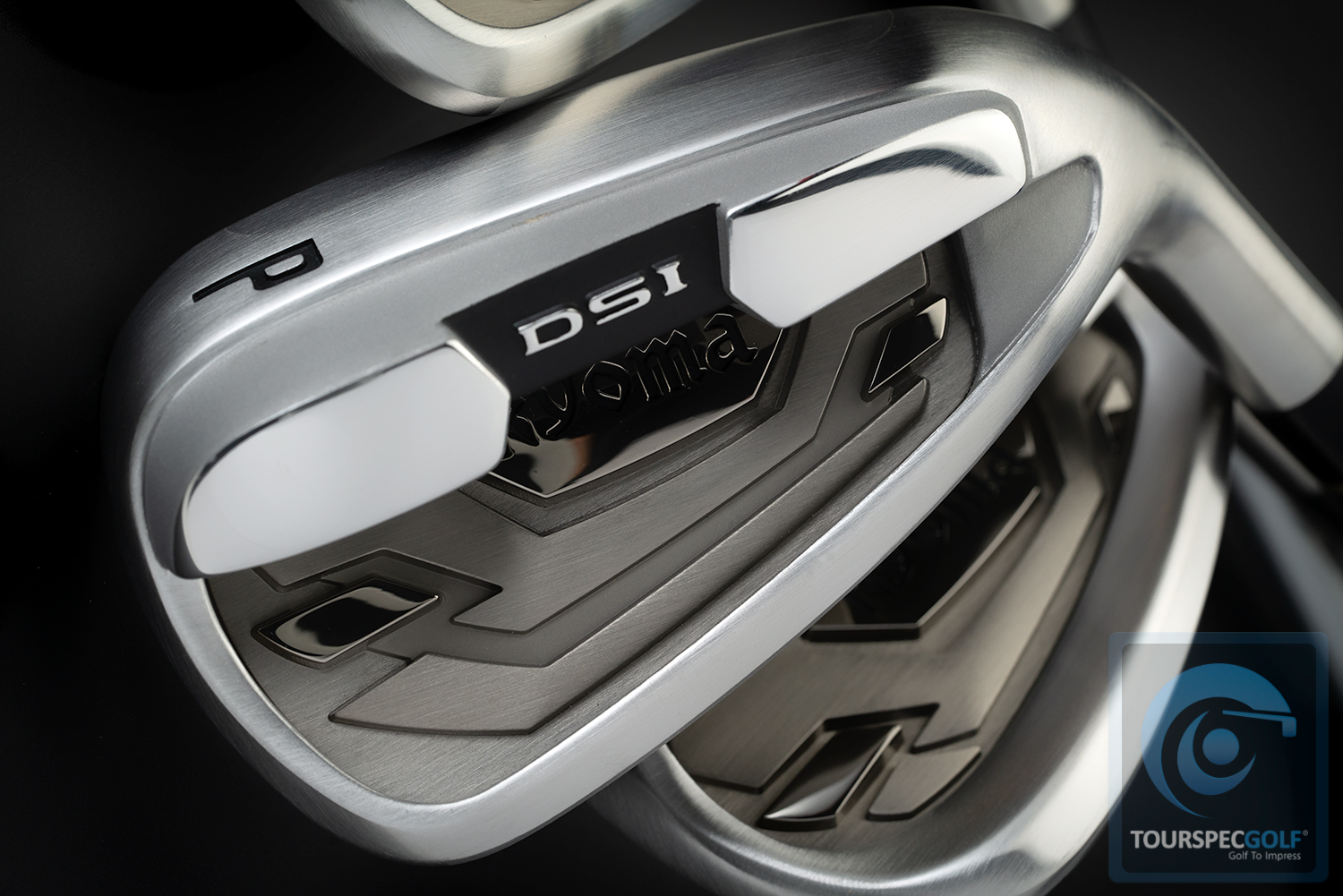 Yes wedges are also available and highly suggested so you have no distance gaps from PW to your wedges and also you can count on consistency of performance when your short irons flow properly into your wedges. Ryoma has both a mens and ladies version available with various shaft options such as the standard Tour-AD carbon along with their higher end Beyond Power uni flex shaft offering and Ryoma is also offering NS950,  Modus 120 and the Fujikura MCI Series. The official ship date is December 1st so we are less than a month out.  Over 1500 sets pre-sold in the first week in Japan alone.   We highly encourage you to pre order from THIS LINK if you want to be one of the first to own the hottest GI iron to ever be made. Above photo of the Ryoma Iron shaft by Tour AD. The wedges feature a different construction method and laser engraved mill design for more spin near the green. 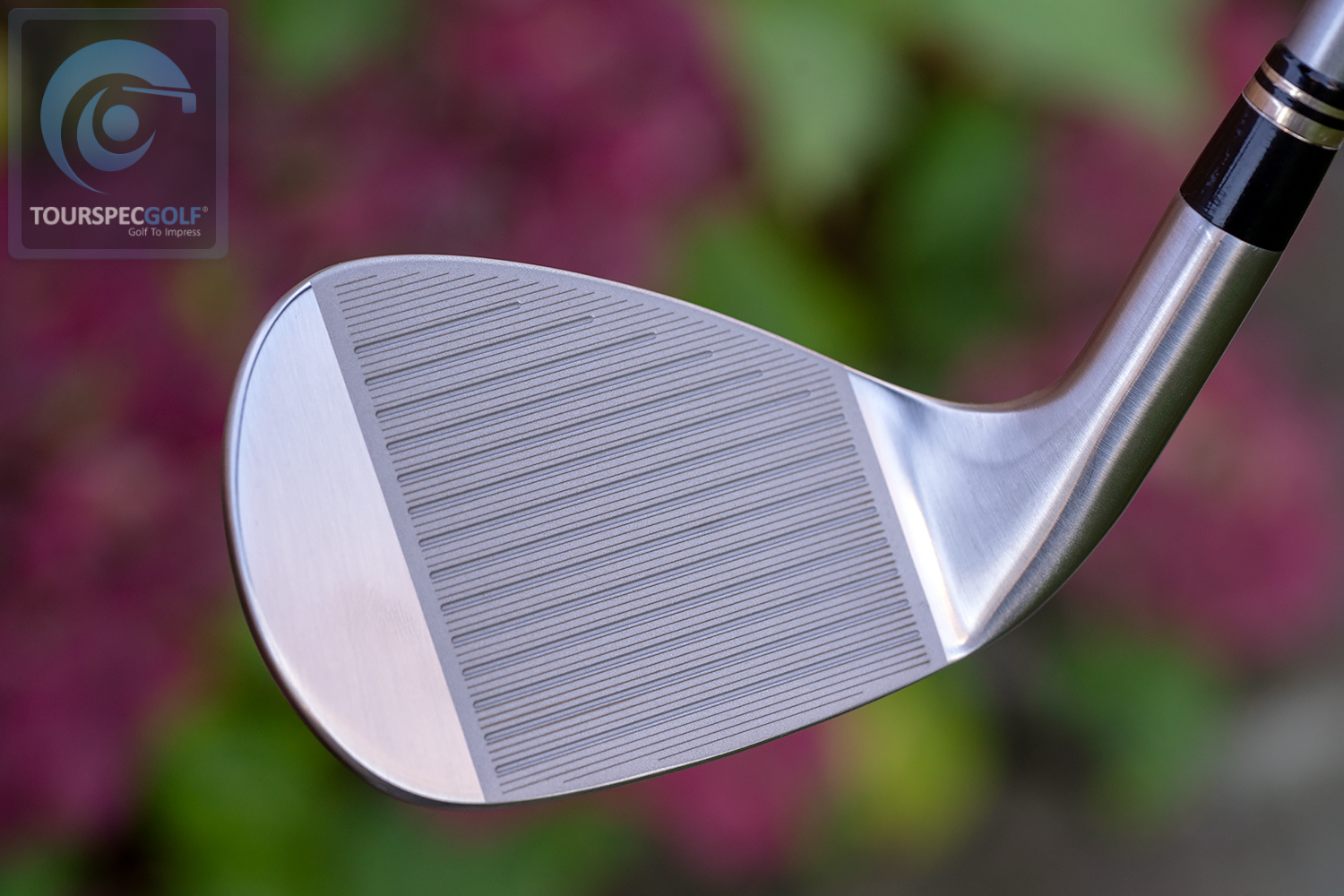 We hope you enjoyed the introduction to the new Ryoma Iron.  Look forward to some comparison posts against other game improvement clubs in the future!  Thanks for reading!