in Golf News, Shafts
1.3k
VIEWS
Share on FacebookShare on TwitterShare via Whatsapp

When a customer comes to us looking for a great shaft on a budget we often recommend the Fujikura Evolution Series.  Within this single speeder line most golfers can find the proper bend profile and characteristics for their swing.  I’m always confident in recommending the Evo series because Fujikura explains in detail what materials and technologies they use.  Many brands now days especially the ones built in the forums market as premium but can’t back it up.

This is the Evolution IV model that is not released yet.  As usual TSG has the scoop for you in detail breaking down why this shaft is an absolute beast and worth considering.  Follow the jump for a break down on how its made… 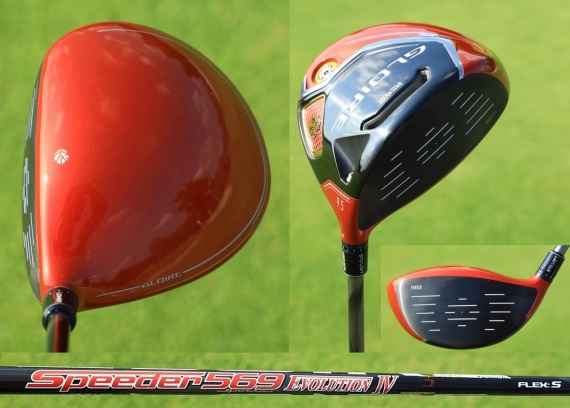 Pyrofil MR70 from Mitsubishi Chemical was first used in the Jewel Line “Diamond Speeder” making the shaft feel more hittable, whatever that means but MR70 is supposed to havethe highest strand strength of any carbon fiber available.  So basically its their strongest best carbon that has also been used in the EVO II/III and all three of the jewel line ( Platinum, Onyx, Diamond ) shafts.  What do all these fancy materials do?  In a nutshell they make the club easier to hit long and straight by squaring up the face at impact easier so the player doesn’t need to rely on timing as much.  To what extent,  I don’t know.  What I do know is that since the EVO II the III and I am sure IV will be a no brainer if your looking for top tech and materials for a great price.  Any other brands bringing this type of materials & technology to the table will cost at least a couple of hundred bucks more.

The new low resin RC20% prepreg they use was implemented in every straight layer and what I find interesting is that while most shaft brands place the bias layer at the inner most layer of the shaft Fujikura is touting a new outer bias tech.  By placing the bias layer between two straight layers, the twist and kick back motion have been integrated which in return eliminated unnecessary shaft movement. ( First incorporated in Diamond Speeder ).

Last week was the first sightings of this shaft being played on the Japan ladies tour in Taylormade’s orange color Japan only driver while on the U.S PGA and LPGA Fujikura shafts are now often #1  with users like Dustin Johnson, Brandon Grace, Brandt Snedeker, Lexi Thompson and so many more.

The new Fujikura Evo IV will be released this September in Japan!  We can recommend the Evolution Series with confidence.