in Featured, Golf News
1.3k
VIEWS
Share on FacebookShare on TwitterShare via Whatsapp 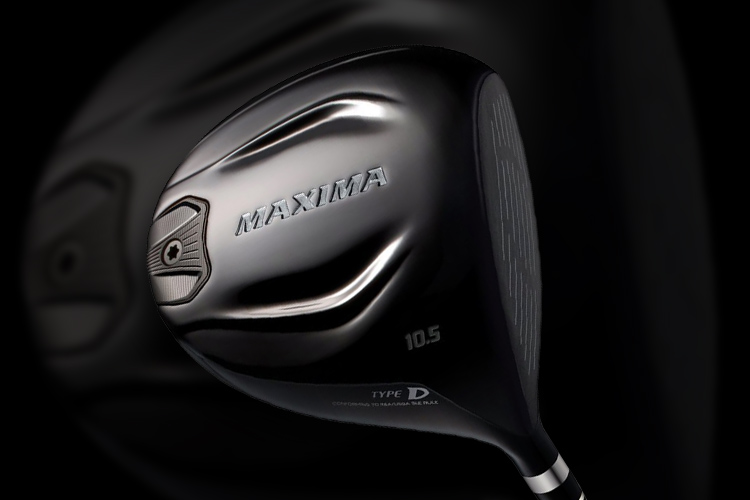 Following the highly successful footsteps of the Ryoma D-1 (2009), Ryoma D-1 Maxima (2013), Ryoma Maxima  (2016) drivers, while many thought that it would be very difficult to further improve upon the existing design and performance, Ryoma introduces their all new Maxima II driver.   This is a company where their policy is not to release a new product without significant and noticeable improvements made from the previous generation product.  We can expect some newly found performance that Ryoma is wanting their users to experience in this exciting new driver!!

As many TSG followers know, Ryoma drivers have been fan favorites with 3 generations over a span of 10 years for their top performing premium drivers. Their design has been traditional and never too flashy, on the other hand their heads have always packed gobs of technology aimed at a common goal which is to produce maximum distance for every player! For the new Maxima II driver, Ryoma golf teamed up with Takuya Kimura AKA “Kimu-Taku” (actor & singer formerly with the group ”SMAP”) to call upon a wide range of golfers both new and experienced with a roughly translated marketing catch phrase of “Hitting big distance with driver is just FUN. ”

Many JDM fans have trusted this brand of drivers over the last 10 years making it one of the most sought after drivers in JDM. We know so many of you have counted on Ryoma drivers for the best drives in your game. So let’s now talk about what’s new in Maxima II drivers, shall we?   The list of new features is long but all make really good sense so be sure to read to the end.

Shape wise, they have gone with a more shallow back design head.  However at address, it is not significantly extended towards the back and has a more traditional rounded profile at address. Ryoma believes this is the shape preferred by broad range of players and helps boost confidence over the ball while not having an overly large footprint. It looks elegant and sophisticated but also looks easy to hit.

Ryoma claims it has improved the ball speed on the average about 1.7 m/s which equates to about 3.8 mph. It is generally understood that an increase in 1 mph of ball speed can add up to 2 yards of additional distance. So a 3.8 mph increase in ball speed can be translated as an increase of up to 7.6 yards in distance.  This is achieved by enhancing the power spring body structure by incorporating an even thinner crown than before.

Power Spring Body  – 80% of the area for the crown and sole are now constructed of 0.3mm forged Titanium. The thickness is less than half of the competitors’. Competitors use cast Ti body and so they can only achieve 0.7mm thickness. Thanks to the proprietary Power Spring body Construction,  the whole body acts like a very strong spring where the whole head contributes to generate the highest trampoline effect possible.

Energy Amplifying Mechanism – together with the spring effect of the body construction and the very heavy 60g power booster with at the back of the head, at impact when the body contracts then expands,  this mechanism achieves energy amplification that translates into approximately 2 m/s increase in ball speed.

Low Spin Unit Max –  a 20g weight structure located on the sole only 1mm behind the face. This helps reduce the back spin by 35% compared to average back spin of competitors and 15% compared to the previous model Ryoma Maxima.

Anti Roll Power Booster – a 60g weight structure located at the very back end of the head using tungsten powder metallurgy which has a weight density approximately twice that of cast tungsten.    This helps with increasing the horizontal MOI to 4950 g/cm2  which is essential in creating a driver head that produces bigger and straighter ball flights.

Auto Turn Weight – by creating a draw trajectory , you can increase he distance of a sliced ball  by 20 yards. However, when the player tries to create a draw on their own, depending on the timing,  they can potentially over draw the ball.   It’s a very subtle difference between generating a good draw shot and and too much draw.   Ryoma has placed a 7g tungsten weight at the heel side of the sole to promote an automatic draw at impact. Only thing you have to do is to put on a neutral swing.  The head will automatically turn the head the right amount.

Under Pressed Crown Structure – Ryoma has come up with a process to forge the crown with angles beyond 90deg using forging process 5 times more than normal to achieve an under press crown angle of 130 deg. By doing so,  they can extend down the skirt of the crown lower which allows them to place the welding seem lower on the head contributing to further lower the CG of the head.

Ultra Wide Sweet Area Face –  As with all drivers, the general shape of the face is more or less “oval.”  Imagine jumping on an oval shaped trampoline. When you try to jump off centered,  you won’t be able to jump up straight.    Ryoma designed their new face create a 140% gap in strength between the vertical axis vs the horizontal axis of the face.   This allows for a more unified and circular sweet spot and increases the effective sweet spot area (defined as areas that can produce 1.4 smash factor or higher) by 50% compared to competitor products. 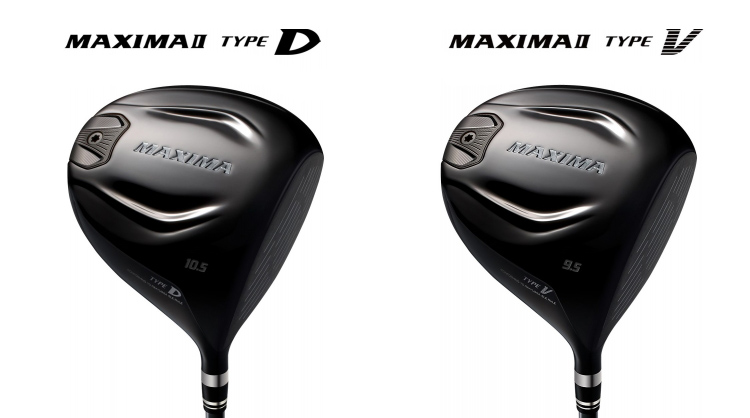 Ryoma Maxima II comes in two models “Type D” which is their flagship model targeted for a wider range of users and the Type V which is their “Athlete player” model.  The differences in specs are that the Type D has a slightly closed face and Type V has a neutral face angle.  The standard length for all Type D and Type V are 45.25″  with the Tour AD RM2 shafts and 46″ with the optional Beyond Power II shafts (std, plus and light are available).  There is also a ladies model where the standard Type D with the Tour AD shaft is 44.25″ long.

Color wise, all heads are now blacked out with a beautiful glossy black crown and Black IP finish face and sole.