Reflecting on the PRGR egg Demos…

My demo time is almost up with the new PRGR egg clubs for 2011 so I thought I’d  share some final thoughts on the clubs after several range sessions and playing 2 rounds with them. Just to recap, Pro Gear’s egg line is their max distance and ease of use line designed for the average golfer. Even though the eggs target mid to higher handicappers and those average golfers, many lower handicappers and even pros have used egg clubs – especially the egg Spoon.  Next Saturday, PRGR will begin shipping the new egg line for 2011 which includes the eggbird driver, the egg i+ utility and the New egg iron all of which I’ve spent about 10 days with. 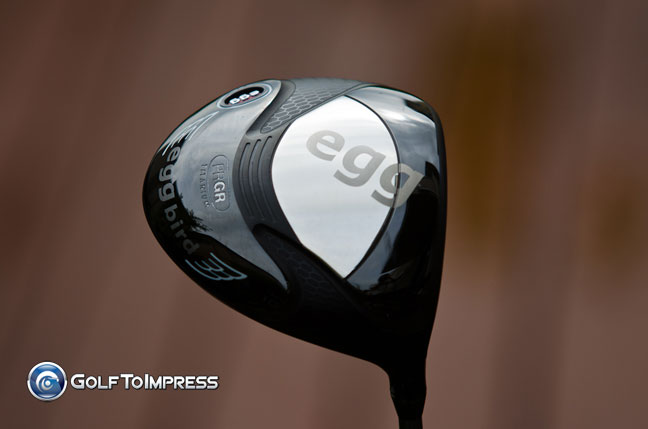 The eggbird is full of potential

Its difficult to compare the eggbird driver with the original egg Impact driver as they are so different and have different purposes in mind. The new eggbird has a ton of potential. It’s very forgiving, easily launches the ball high and feels and sounds pretty good. It’s built for max carry and distance and increased swing speed and ease of use. It certainly does live up to what it boasts. My only gripe and this is a personal thing is that at 46.5″ (actually like many drivers today), its not that easy to square up to the sweet spot (which luckily is quite wide).  Though if the club were any shorter then that would defeat the purpose of its design. The longer length is meant to increase swing speed after all.  So when it comes to the egg drivers, if you have no troubles playing a longer length ie over 46″ driver and want more distance, and forgiveness, then the eggbird is your calling. If you struggle with control and hitting the sweet spot, and your primary goal is keeping it straight, the egg Impact is probably a better choice. 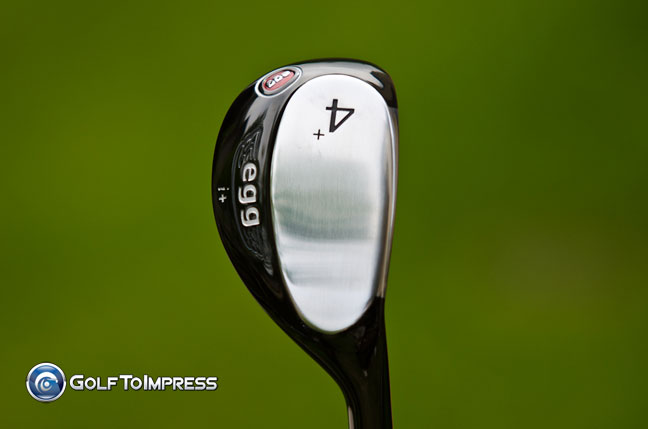 The surprising egg i+ Utility

The most surprising club for me might be the egg i+ hybrid. At first I thought, okay PRGR just made the long egg irons hybrids, but they are in fact quite different from the iron. The materials are different and while the concept of design is similar tweaks are made to indeed make the i+ a utility/rescue type club. The wider sole is great, in though lies and when you don’t have or cannot make your optimal swing, it is forgiving. The i+ sets up like an iron allowing pretty good accuracy but when you swing it and hit the ball its much more like a utility wood. Besides the different materials, the hollow face area actually has some pop to it. Hollow driving irons and hollow cavities can sometimes be accused of feeling dead or very muted. This is not the case for the egg i+ as the ball jumps off the face like hitting a titanium fairway wood only in this case, the i+ is maraging steel.  Even though the face is quite shallow and the weight very low thanks to the huge sole, I found the trajectory of the 4+ 21* to be quite penetrating and strong,  these egg i+ clubs will go and run. I am seriously considering one for my bag for the rest of the summer. 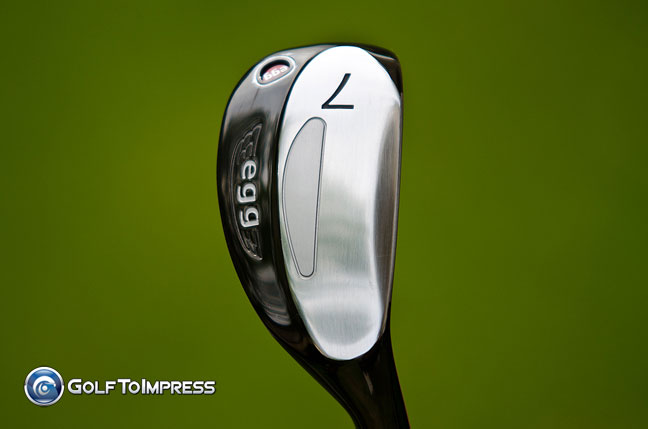 The New egg Iron is technically in its 4th iteration (if you count the egg forged) so the question is how much can it improve or change. Firstly, the iron does not quite have the same feel as the utility, it uses a different maraging material and the face is solid versus the hollow face of the i+.  So while the New egg iron doesn’t feel like a traditional forged or sus iron, thats not to say it does not feel good, its just different.  Its a feeling some people may have to get used to.  Performance wise there is no denying that its easy to hit high and far thanks to its design.  Longer lengths, stronger lofts, huge cavity and very low weighting all make for an ultra forgiving iron with unmatched distance. PRGR touts its New egg iron as the 150 yard 9 iron clubs. I could not quite hit the 9 iron to 150 yards (around 145 for me) but nevertheless the performance is quite amazing.  If you don’t mind a unique feel and want maximum distance and ease of use, there are not many irons that can keep up with the New egg iron. So back to my question, is the New egg iron an improvement over the egg II? It is just as good if not better but for those with the egg II already it may not be a noticeable upgrade. For those new to egg irons, the New egg Iron is the way to go. 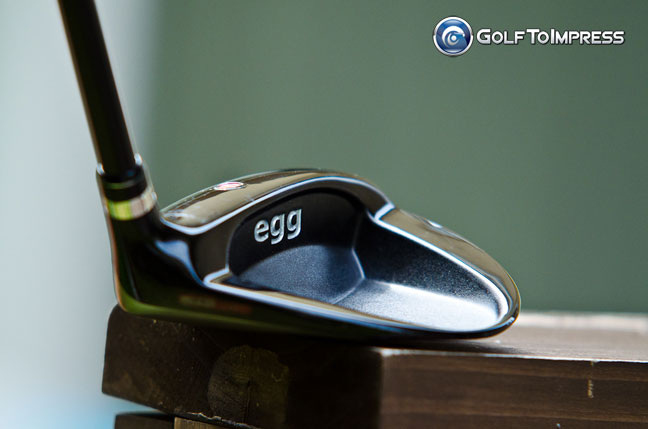 I’ve actually had my egg Spoon demo for nearly a year so while its not part of the new 2011 lineup – it is still a current model – I thought I would throw it in here anyway. It is still one of the most unique clubs on the market and yes it does make a swoosh sound like a katana sword when you swing thanks to its aerodynamic design. But the bottom line is the egg is easy to hit long and straight and its distance is always top of the class which is why it is favored not only by average golfers but even top pros on the Japanese tour. A fairway wood that rivals your driver in distance is what the Spoon is touted as and it certainly lives up to that reputation. Many customers of TSG game the Spoon and were very happy with the feel and sound changes of this latest generation. If there was any one quirk that people looked at negatively it may be that the Spoon’s face is almost too shallow making it more difficult,  or dangerous for that matter, to tee off with.  However the egg Spoon is still a monster off the deck and for those needing super long second shots, there aren’t many fairway woods that can match it distance wise.

Pro Gear has done a great job at evolving what is already one of the most radically designed and high tech lineups in golf with the egg line. They’ve gone far enough that an average golfer could build a bag filled with egg clubs and be quite happy with its ease of use and performance. Afterall the bottom line is hitting it straight and long which makes golf a lot more fun. PRGR’s egg line will certainly help you do that. I’ll be getting the pre orders for the new eggs up in the pro shop this weekend.  I sure wish I could keep the demos for a whole year. (^_^)