in Featured, Iron sets
2.4k
VIEWS
Share on FacebookShare on TwitterShare via Whatsapp

PRGR is what I would consider one of the big brands in Japan and for years they have been making  some of the most underrated products.  People are missing out on some incredible designs and today I’m showing off the iD Nabla Black iron…  Nabla  ok there’s a funky word for a golf club that leaves most native english speaking people scratching their heads but besides it’s name there is a load of tech and quality in this iron.

Let me break it down,  the iD Nabla is made at Endo of S20C and features some cutting edge technology most notable is Alpha gel in the mid irons.  What is this Alpha Gel?  well so far only a couple of brands have used it and that’s Epon & PRGR,  it’s a transparent gel that provides cushioning and vibration dampening performance,  it’s also extremely durable in harsh temperatures. 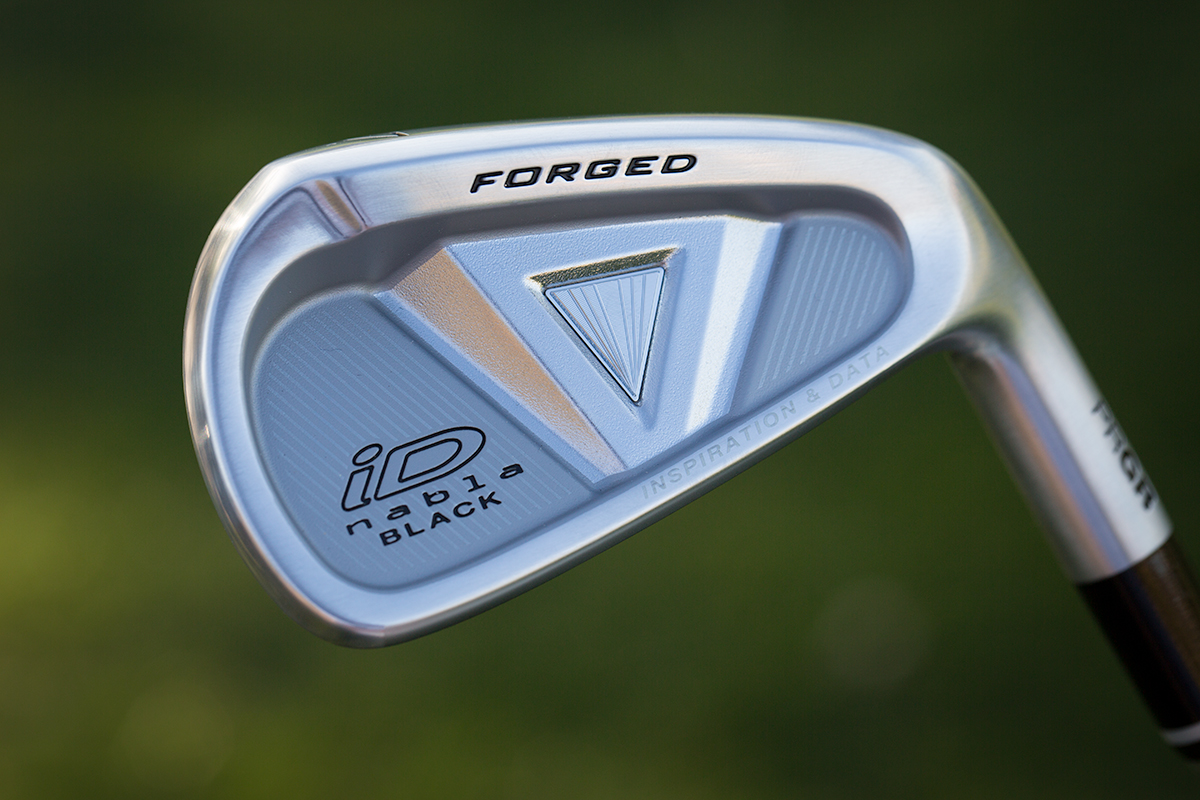 As you can see the PRGR iD Nabla is pretty compact,  its geared toward the mid to low cap player and features a shorter than usual heel to toe length,  It’s got a really nice thickness to it this picture is of the #7 I believe and what’s nice is the lack of offset these irons have. 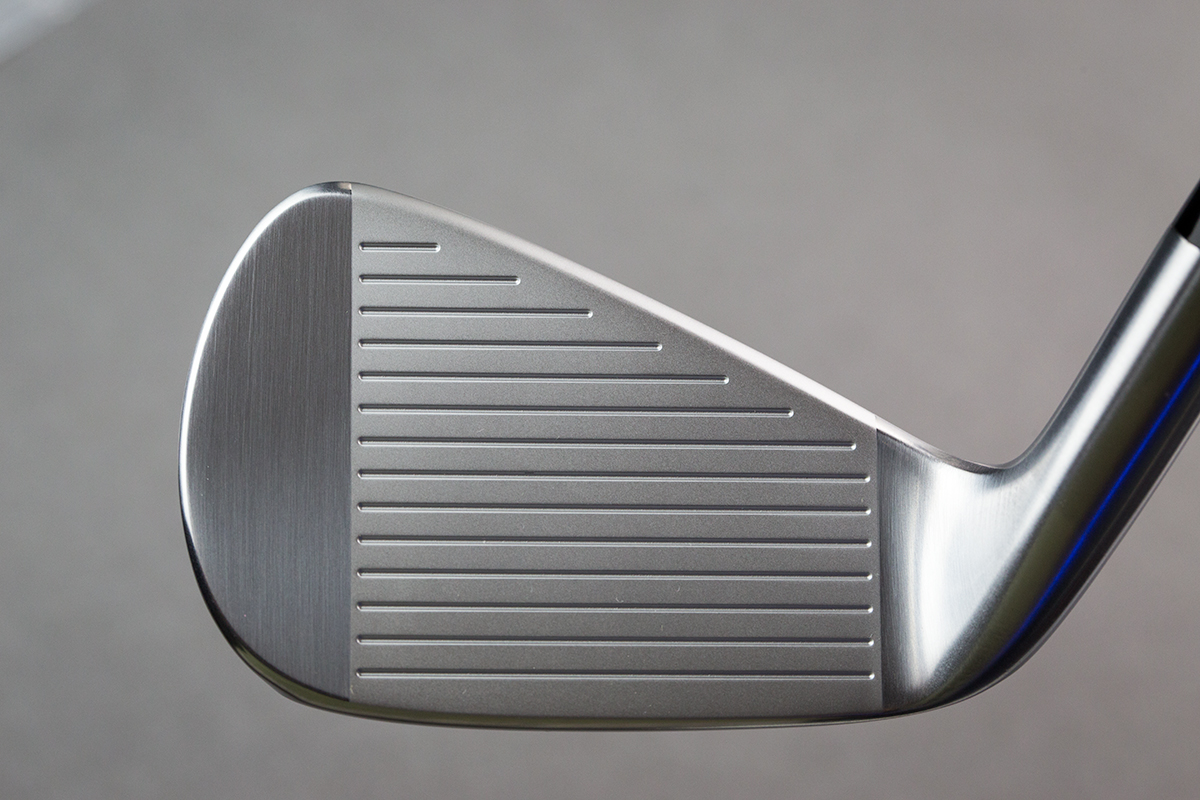 I have had the chance to review it and I can say without a doubt it’s a performer as most PRGR usually are.  The feel is unique let’s put some context around this.  It’s a 2 piece head,  very expensive technology there S20C body but the face is a material called nickel-chromium-molybdenum steel SAE8655M and not only does it feel good but it has some pretty crazy rebound attributes as well.  In the #3-5 irons there is a cavity filled with vibration absorbing foam while in the #6-8 irons in the cavity is Alpha Gel then into the short irons #9-PW it’s sold 1 piece good ol Japan S20C. 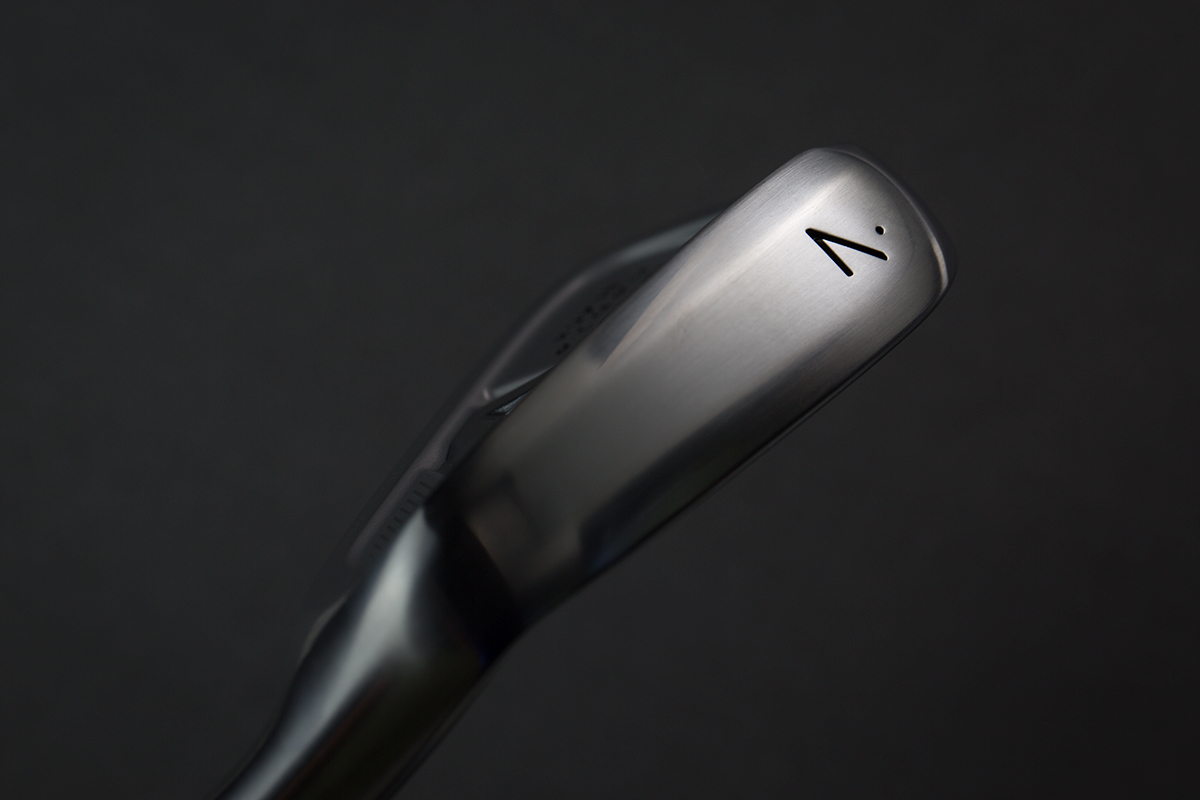 It’s Leading edge and trailing edge grind relief looks sexy on this iron and it  plays even better but how does it feel?  It feels a little numb in a good way,  usually with 2 piece heads its very “tink” like in sound so the whole reasoning behind adding Alpha Gel is so you can have the hot distance and uber forgiveness of a 2 piece head without that sound.  The gel absorbs the vibration that’s on it’s way up the shaft through the grip and into your hands ears, then brain.  The iD Nabla Black’s Distance is definitely above average,  the lofts are pretty jacked though the PW comes in at 44*.  The #3 iron is 20*.  is Strong no doubt. 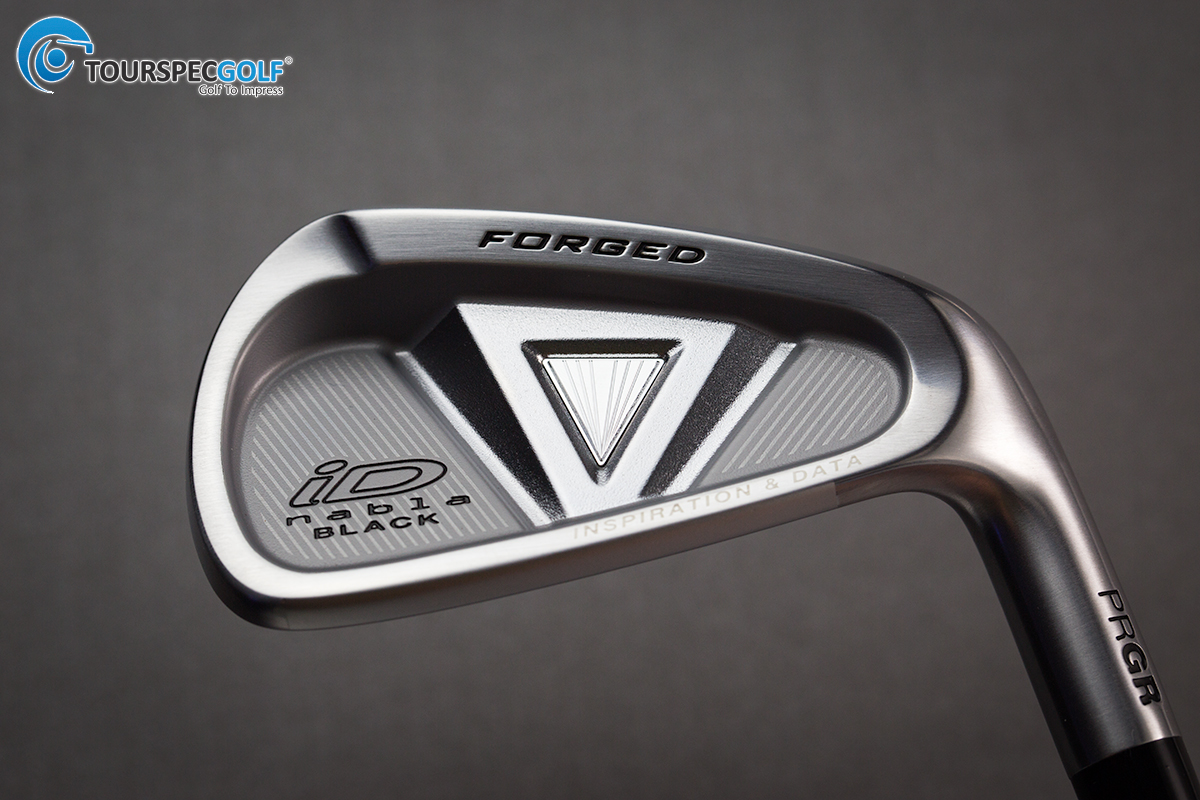 The last thing I’ll say about it is that it’s incredibly forgiving considering it’s smaller size.  All this cavity then the gel with the deep parimeter weighting and the abundant mass behind the impact zone make the iD Nabla Forged an iron that should be seriously considered if you’re in this player segment.