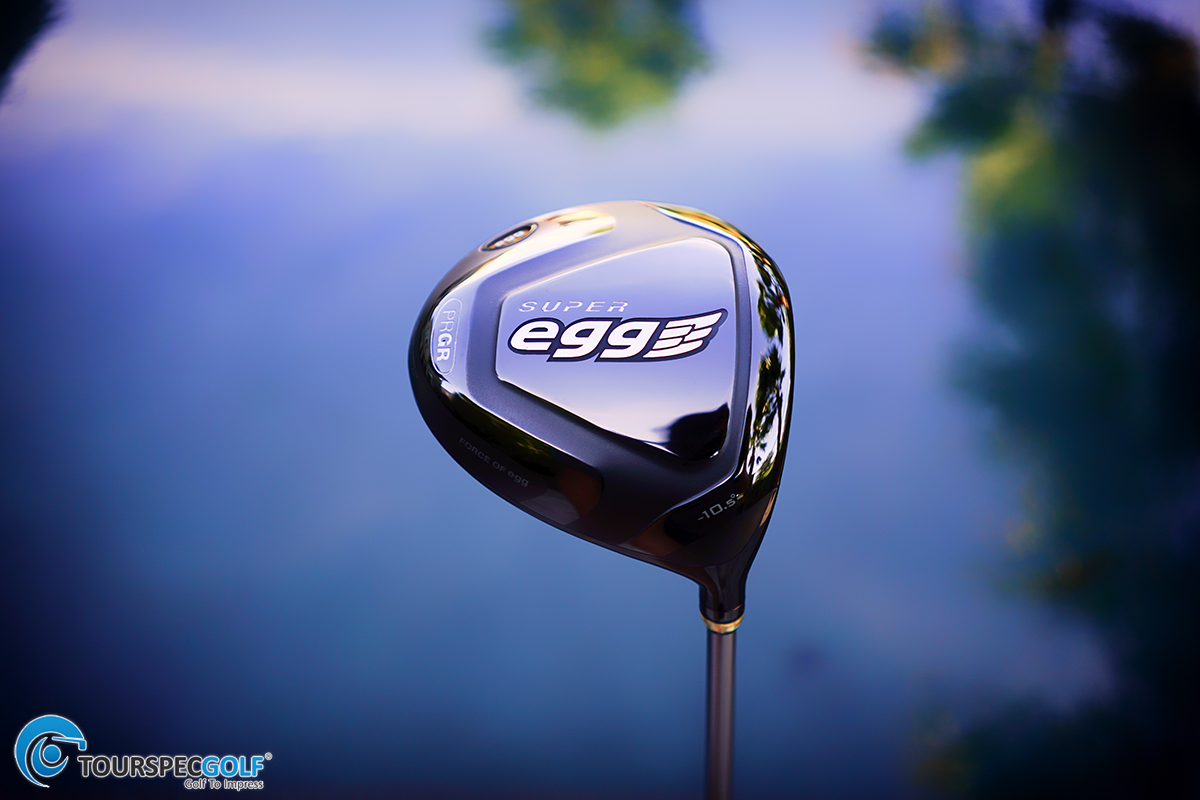 PRGR will release 2 new drivers in October both labeled Egg one is non-conforming and named Super-Egg (gold)  the other conforms simply called the new egg driver (red).

It’s not often big brands release anything non-conforming yet PRGR realizes the vast majority of golfers don’t play in sanctioned events, anyhow PRGR has pushed the COR beyond 0.85 in the Super Egg.  Follow the Jump for it… 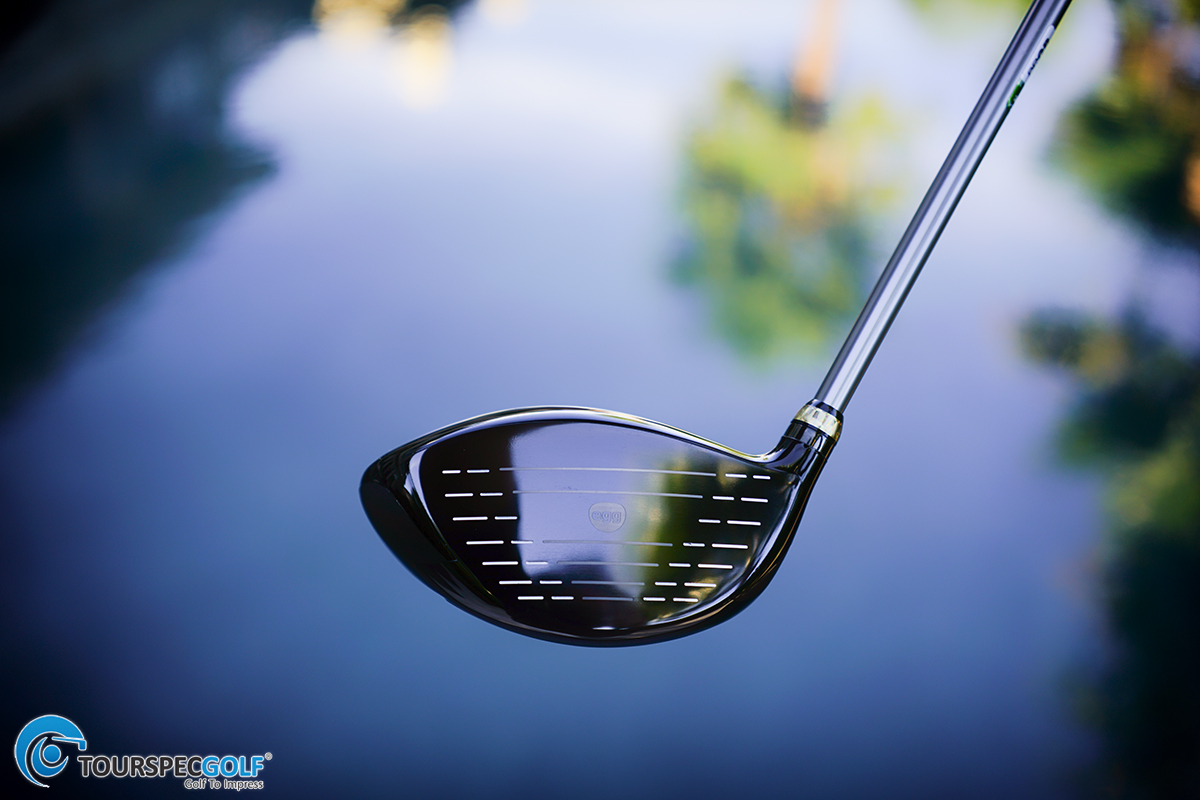 Both the Super Egg and Egg drivers are totally separate designs with different dimensions and attributes.  Did I mention the face is made of DAT55G from Japan?  Both models are made using the same materials yet those materials have gone through slightly different processes especially in making the DAT55G non conforming.

The Super Egg features a cold rolled DAT55G face from Japan while the body is vacuum precision cast of (Ti-8Al-1V-1Mo),  the face angle comes standard at 1* open  it plays to square according to PRGR so don’t let this scare you as PRGR has a really awesome way of making new technology  and strange specs work for the player.  Many would think why would their supposedly more forgiving egg come standard with an open face angle?  it all works out in the end to put this unique way of design into context the conforming egg coming soon has a 2* open face angle standard yet plays square in the real world. 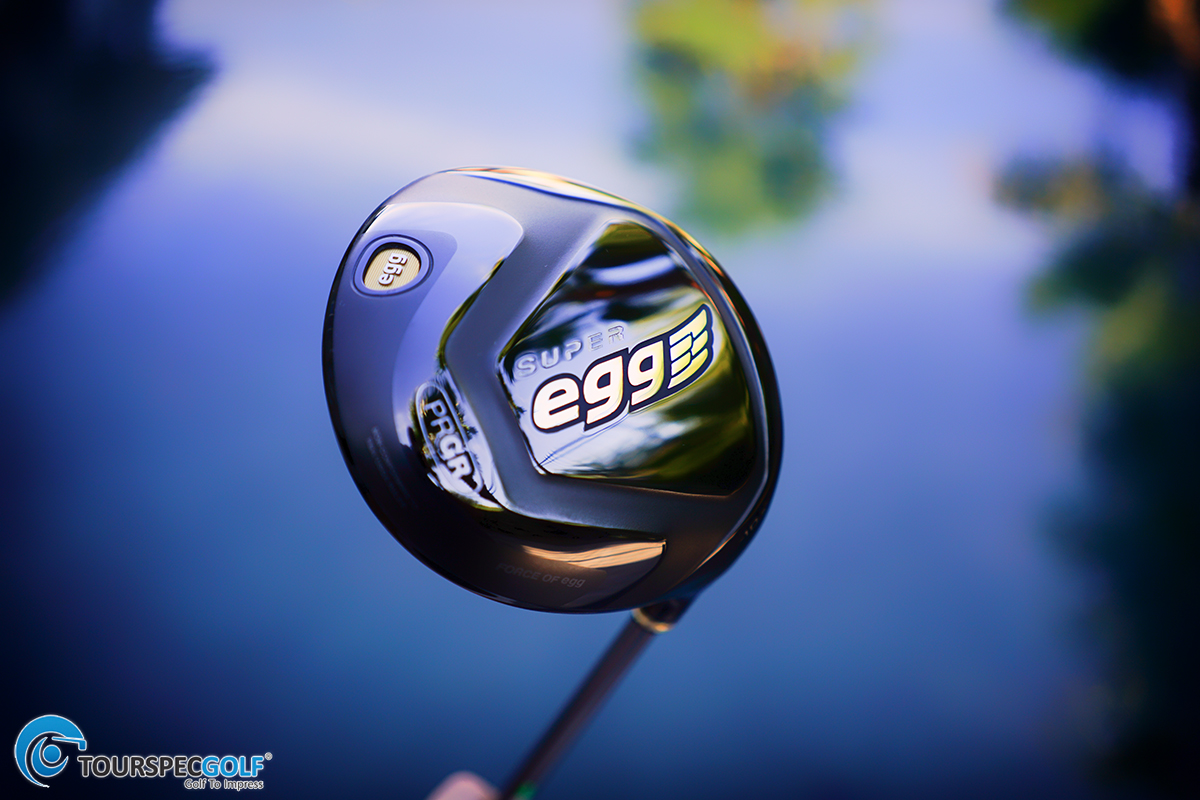 By just tapping the face with your fingernail you can hear the non-conforming version has a much higher pitch,  sounds thinner,  feels more hollow while the conforming sounds more dense and muted, both are 460cc’s.

In the image below you can see a ridge that lifts from the front of the crown,  they call this the high rebound power flange and it’s only on the non-conforming version it’s supposed to create more rebound and prevent deformation of the crown. 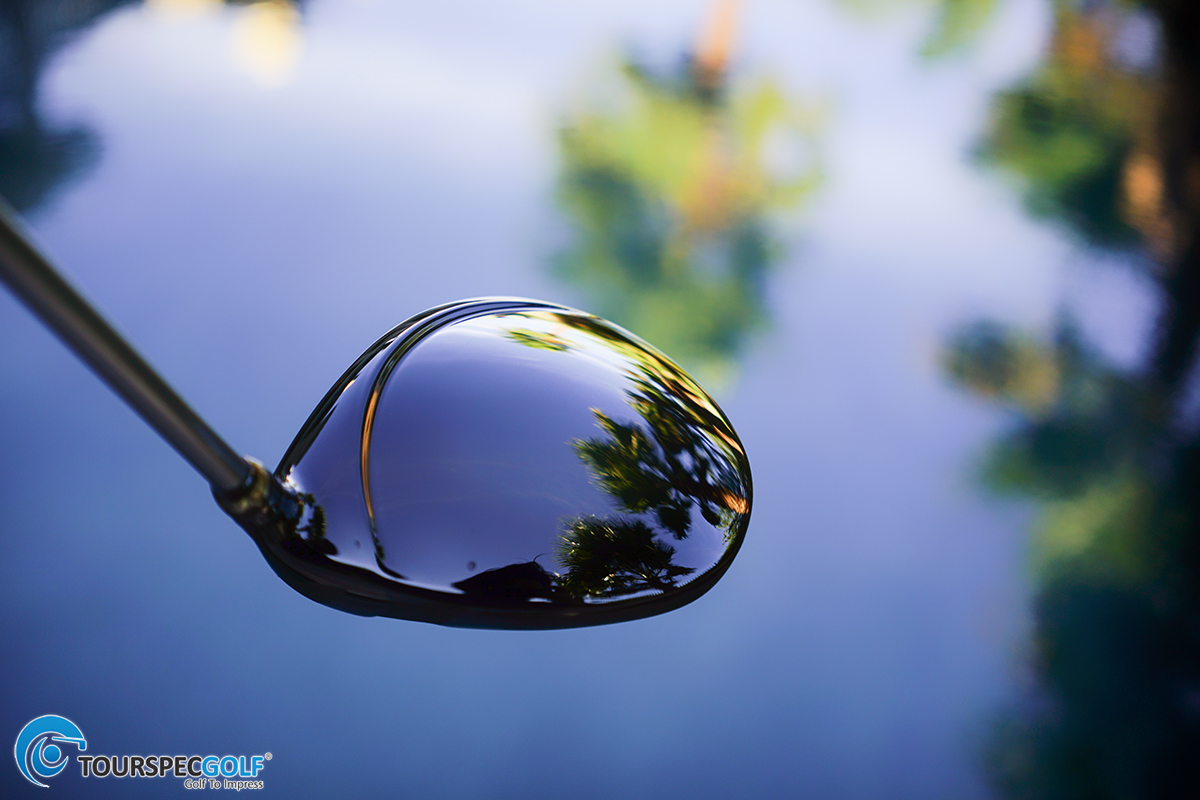 I have only hit the new PRGR clubs with their standard shafts and for not long at all and in this case we were given M-37 Regular/M-40 Stiff shafts in our clubs,  while the shafts are well made i’m never satisfied until I put the shafts I know work for me into it,  then we can party!

With the stock shaft the trajectory was medium high yet with a more penetrating arc than many other drivers in the same segment it had some good roll and this is similar to the previous egg series drivers if you’ve had the chance to hit them.

The Super Egg Drivers feel lets you know it’s non-conforming,  thin, hollow, high pitch, somewhat louder when I describe it like that it doesn’t sound very appealing but I assure you the DAT55G face feels very good just sounds “different”  the first thing that comes to mind is it sounds like this face is very hot. 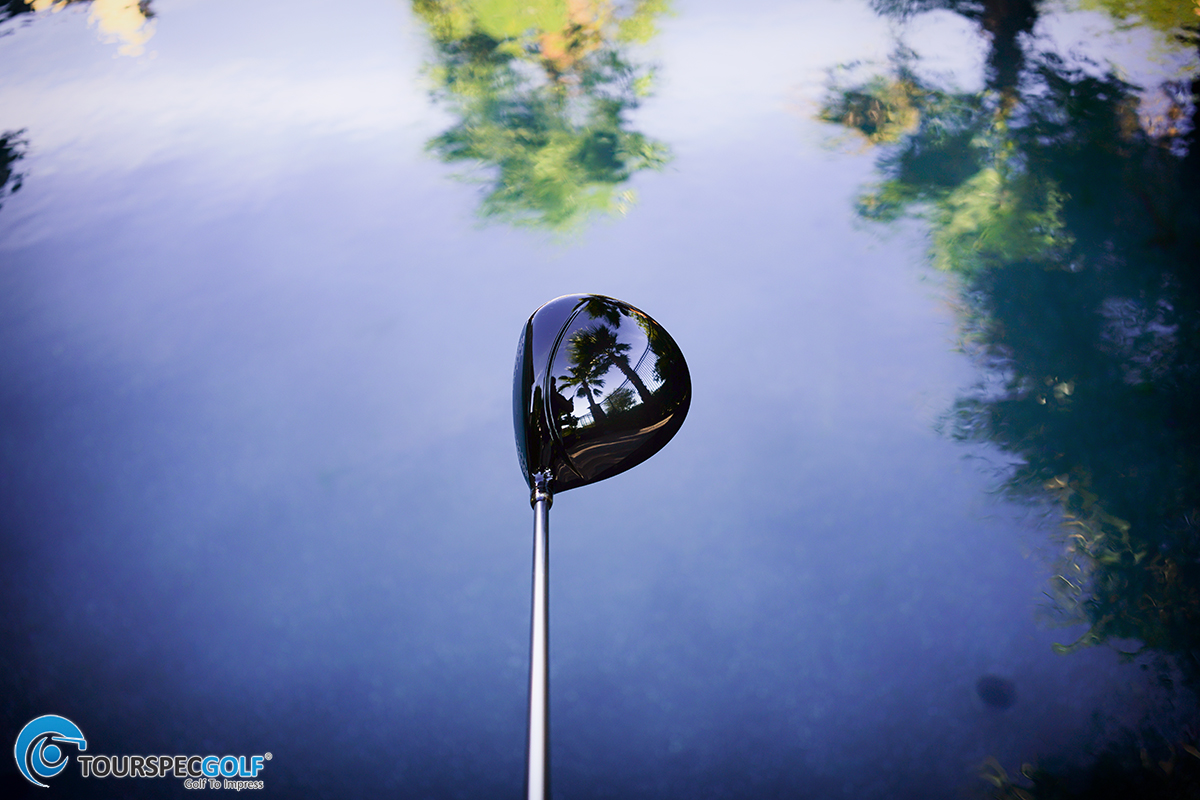 Distance is hard to judge because I’m not playing with my best shafts installed also the standard shaft that arrived with it I had to hit in a flex lower than I should  but  I’m positive my 7D or my Sanki’s or any other quality shaft would tighten things up immensely because the head and it’s distance looks promising and could be up there with the Maxima ST by Ryoma.

It’s forgiving center to heel while toe shots did pretty good but not as foriving as the heel,  I need more time with a couple more shafts but this is a head I’ve decided to work with, somehow PRGR always delivers with egg products and the new Super Egg is no exception.  It’s strongest attributes are it’s trajectory and ball flight and overall distance.

The new PRGR Super Egg 2015 Driver is available in the Pro Shop by Clicking Here. 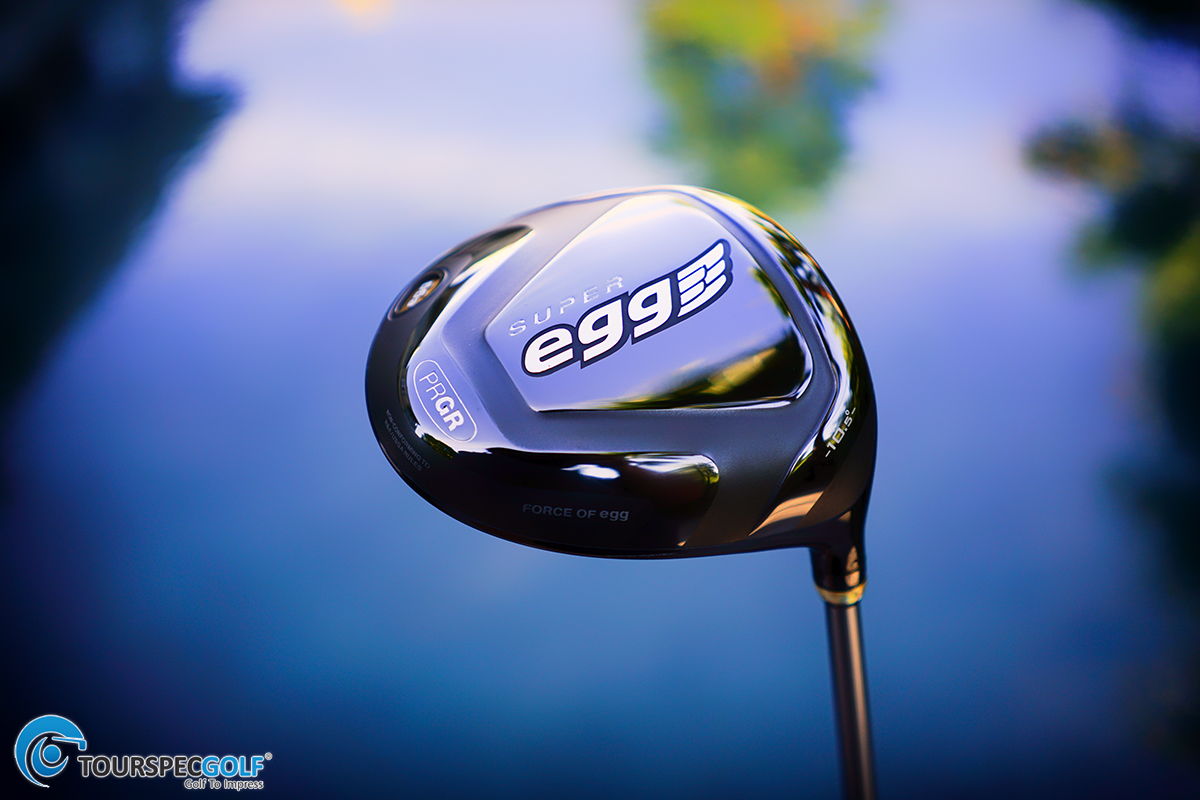