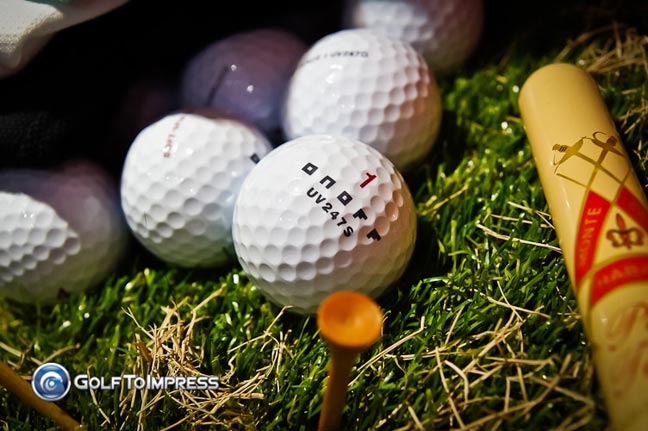 ONOFF never fails to have one of the classiest setups at the Japan Golf Fair and this year was no different. It’s never one of the largest exhibits nor does it feature fancy video screens and commercials or even show girls. However its definitely one of the most functional and stylish setups which is very much reflective of the company they are and the clubs they sell. Onoff along with GIII and Roddio has long been the golf wings of Daiwa Seiko Inc, which in the last couple of years has changed their name to Globeride. Globeride signifies a change to a more global outlook for all its group of companies and that very much includes ONOFF which is one of the few smaller yet mainstream Japanese brands with operations in both the US and Japan. 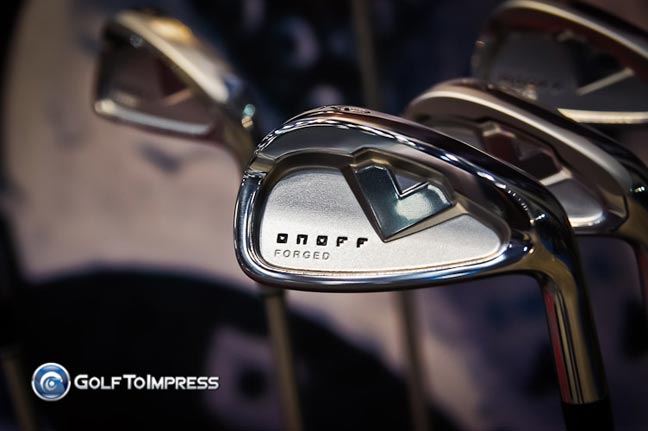 This years booth showcased ONOFF’s new 2011 drivers, new ONOFF Forged Iron, new S-Forged with conforming grooves as well as a few clubs out of top ONOFF Pro Shingo Katayama’s bag. We also saw the new GIII lines including their new premium and executive line the GIII Signature which sure looked very classy.  I already love both the ONOFF Forged iron and the new drivers especially the XI-S model. The irons like all previous forged ONOFF irons are ultra soft and made for the better player yet possess a lot of forgiveness thanks to tungsten in the sole and the feel is very much enhanced by its pyramid shaped cavity design. The XI-S is the square faced athlete model and while an athlete model again it sports a lot of forgiveness in its design including Gravity Control weighting which brings the CG back and deeper for easy launch and lower spin. The XI-S unlike some of the ONOFF Black models of the past also features a slightly more shallow back design. Best of all it feels wonderful thanks to a Wide Hyper Effect face made from forged ELF Titanium. 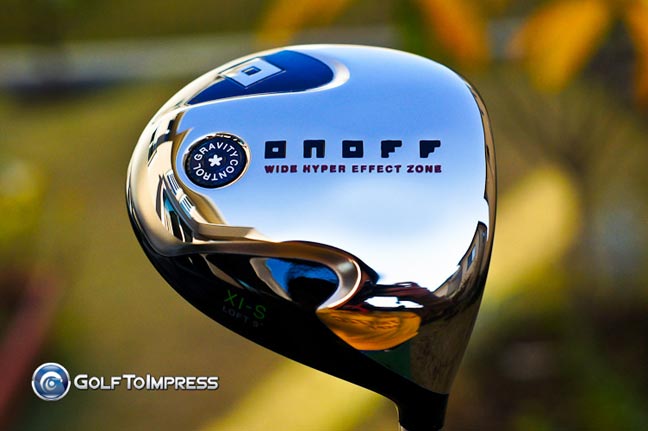 I think this is going to be a great year for ONOFF. They are a company that believes in quality over quantity and they do not flood the market with tons and tons of new models but instead concentrate on making a lineup of great looking and performing models worthy of a customers yen. This year they have a very well rounded lineup from drivers, to woods, to irons to wedges.  And to top it all off, all clubs are available through their Labo Spec department with Roddio and other upgrade shafts as well.

Chris of course put together one of his awesome videos showcasing ONOFF. Please watch it here.

Here also are some pictures of ONOFF from the 2011 Japan Golf Fair! Please click on the album to view!