A Master of Craft & Design Introducting Ohkoshi-San of AXIS Golf! 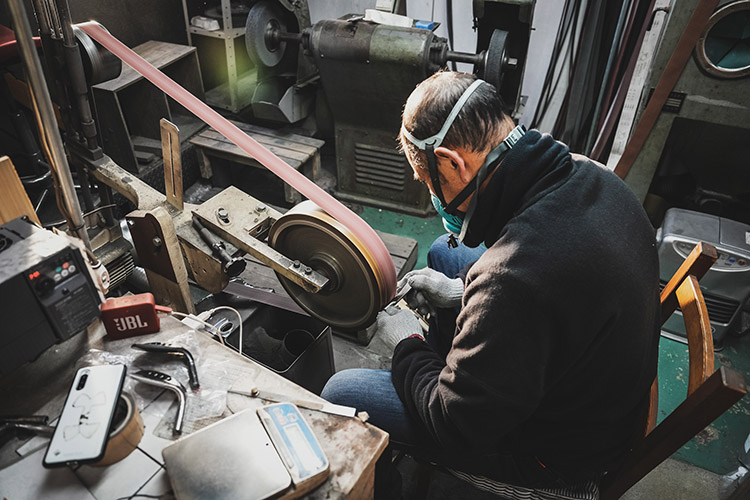 I’m a huge fan of AXIS golf! The product’s quality, feel, shape and options sit well above most.  Seriously the options are better than Mizuno’s old Yoro-craft and can toe up with Miura’s MCW,  This is complete custom GRIND work done by a true master, not those instant masters you see on Instagram. The only limitation really is the mold itself.

A couple of weeks ago I visited Ohkoshi-san and Yomoto-san at their factory in Sai Tama Japan, then a week later some Shabu Shabu in Nihonbashi over a dozen beers.

The brand AXIS Golf is really about Ohkoshi-san’s skill and experience.  In short, he worked hard and put in his time on the Japanese professional golf circuit as a crafter.

Ohkoshi-san was born and raised in Noda city in Chiba, Japan. Ohkoshi-san was part of his high school golf team.  Around that time, he started playing with wedge grinding just for fun. 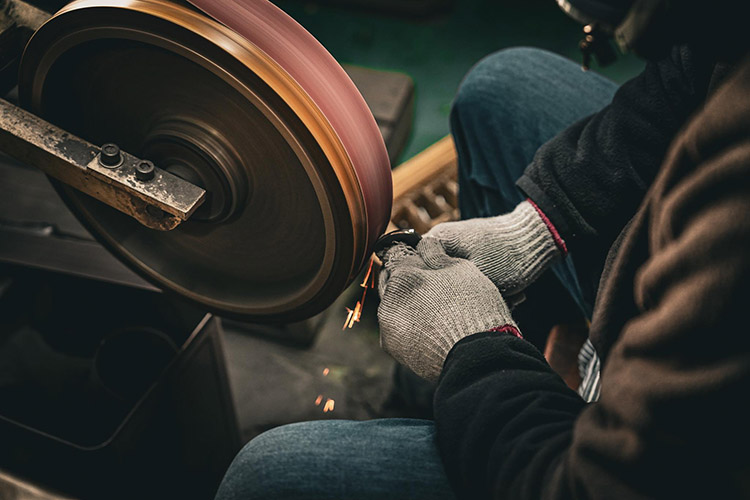 His Aunt worked as a reception clerk at a local driving range.  After school,  he would visit and she would let him hit golf balls starting when he was around 14 years old influenced by his friend who was playing competitive golf at that time.

Following high school, realizing that his career as a player was far beyond realization,  he joined Maruman Golf’s repair department then eventually moves into their Tournament Service division ( Tour Van ).

After Maruman, He joins a new start up called World One as their primary golf club designer.  This was his first job to be able to design a golf club from scratch. This company produced golf clubs for Jumbo Ozaki and Ohkoshi-san became Jumbo’s personal custom club crafter and designer. However, the business did not do well and closed after a few years.

After 20 years of nourishing his club designing and grinding skills,  in pursuit of his own golf club design, Ohkoshi-san starts a new company “Axis Golf”  in August 2015.

AXIS Golf is comprised of two very talented men, Ohkoshi-san is joined by Tsutomo Yomoto who both pride themselves as a company that can offer and deliver a wide range of customized/personalized product offerings. Ideally, Ohkoshi-san wishes he could actually work with each customer face to face but Axis products are also sold through other retailers so he tries to imagine the type of player he is dealing with when fabricating an order and tries to do the best he can in providing the best-customized clubs for the customers.

What makes them different is that Axis golf can meet most customization requirements and special requests (specs, finish, grind, paint fill, build, milling, weight screws and design) that cannot be matched with other brands.  Ohkoshi-san’s favorite finish is the White Chrome finish (color-wise similar to Ping’s irons and wedges ). At Axis, customers are able to choose from 10 different types of finishes. No offset + 4mm toppling isn’t even a problem. Made in Japan.