The New 2017 Ryoma Fairway Woods -Do not compare these to your normal fairway woods; the usual FW is generally in stainless steel with a maraging face.  Not even close the new Ryoma F has an ultra thin body that contracts then expands during impact for more rebound,  the entire body is lighter and thinner allowing Ryoma to add a 125g weight internally. 65g in the rear they call power booster and 60g up front for power spring.

Combined with Ryoma’s exclusive face material across the board players are gaining a 4.47mph average increase in initial ball velocity which equals about 15 yards when compared to other traditionally designed fairway woods.  Follow the Jump for more photos… 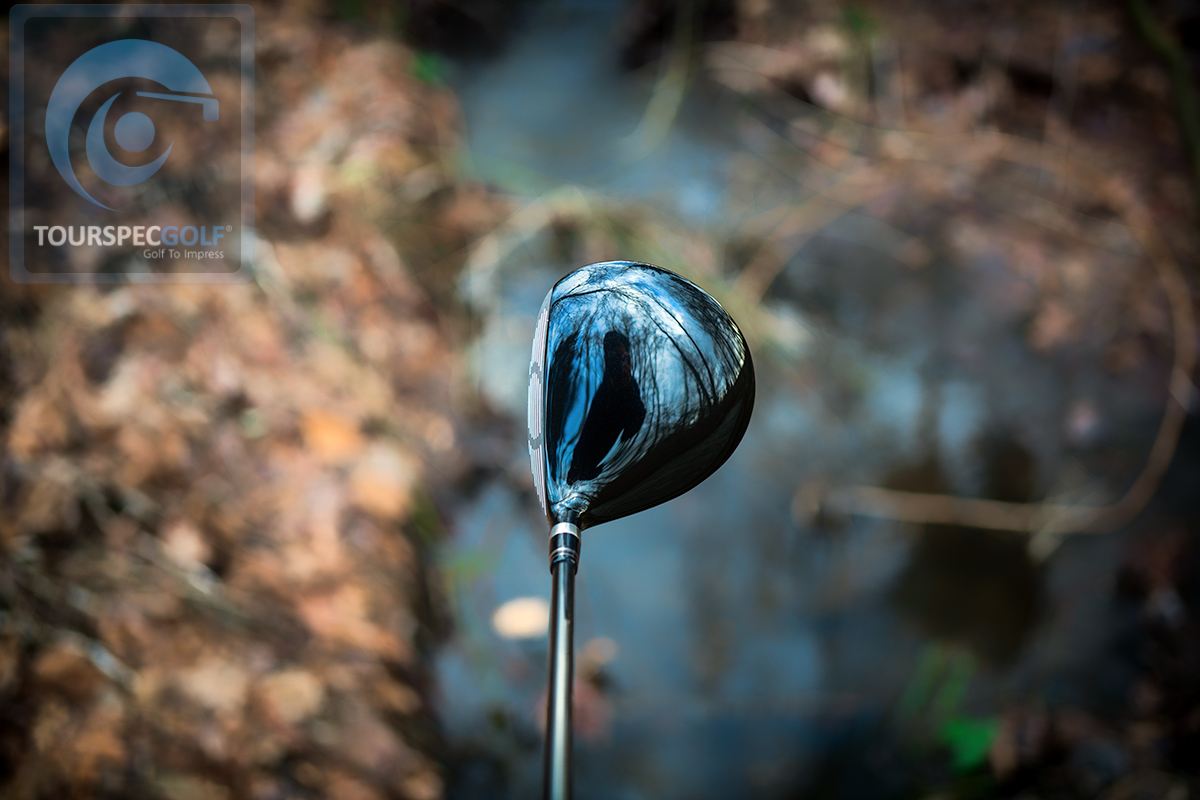 The new version looks much better from all angles,  a smaller footprint with a better shape.   Going back to talking about why this is so different from most FW’s.  Stainless steel heads with a maraging face are cast and an affordable way to make fairway woods.  The body can’t be thinned it’s just a hollow clump of metal with loft on its face.  It has little unique function.  Ryoma uses a forged titanium allow with an internal structure.  Another reason why the Ryoma F is a big deal is most three woods from other brands come in at about 210g heavy.  Ryoma used a super thin Ti body that weighed only 85g which is what allows them to place the excess weight in areas that will change performance.  Btw Ryoma has a patent on this new spin reducing technology. A fairway wood made using stainless and traditional methods have a higher CG simply due to the weight and way manufactured.  Usually, the CG is 5-8mm above the CG of the ball.  In other words, it’s near impossible to hit the ball from the ground using the sweet spot of the FW unless you tee it up.  This means when hitting from the ground impact is below the ideal point which leads to a significant amount of energy loss and increased back spin.  Brands that do this are using back spin to improve the trajectory resulting in a loss of distance and weakness against the wind. However the Ryoma F has its CG very low,  it’s face height designed to transfer all energy to the ball’s CG from direct impact with the club faces CG. 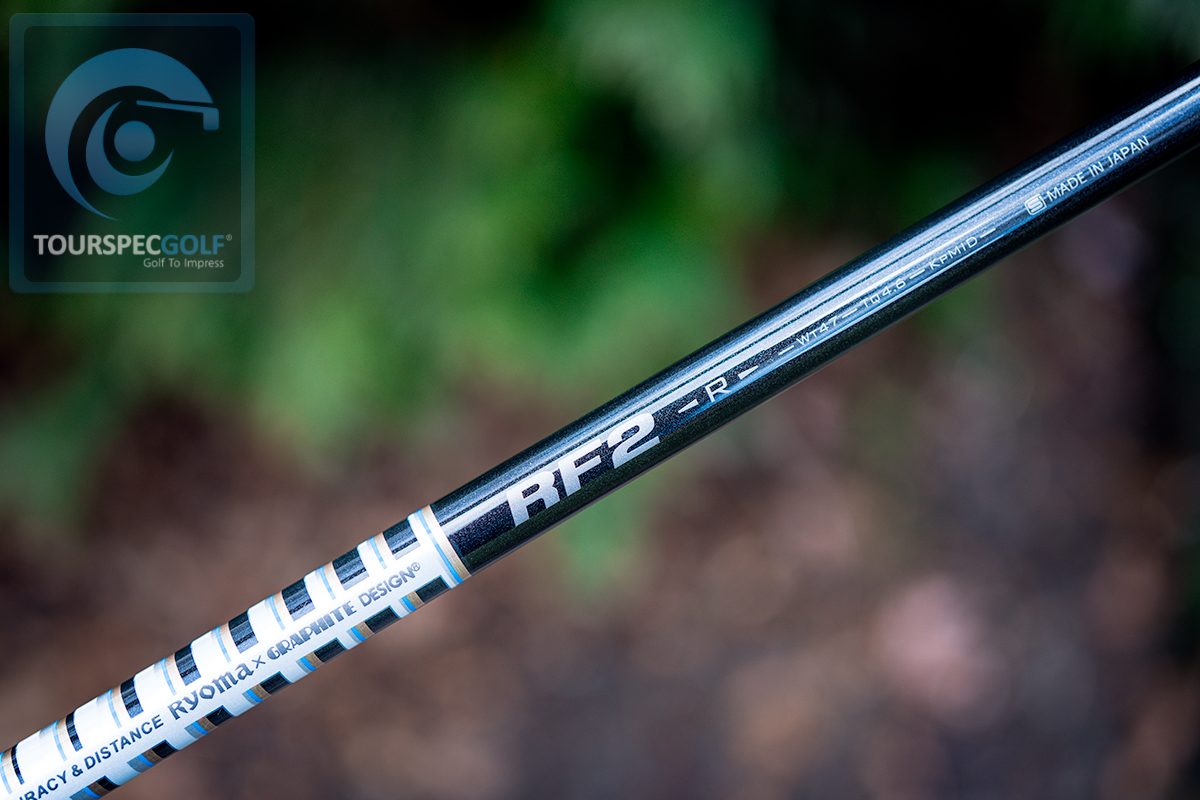 he face is on the shallow side, and the internal weights help get the ball into the air faster.   This is a titanium fairway wood with a forged Ti face.  Ryoma offers these in two finishes silver mirror and black IP.

You can decide between the Ryoma Tour AD RF2 designed to fit a broad range of player or upgrade to their all new Beyond Power fairway wood shaft which is a multi-kick shaft with infinity flex to fit an even wider range of player.  We have sold many Beyond Power equipped drivers, and by far they are the easiest to fit the shaft.  Each kick point fires off when loaded then released giving way to the next kick point.  This ensures the player is getting a good kick for their tempo and swing speed. 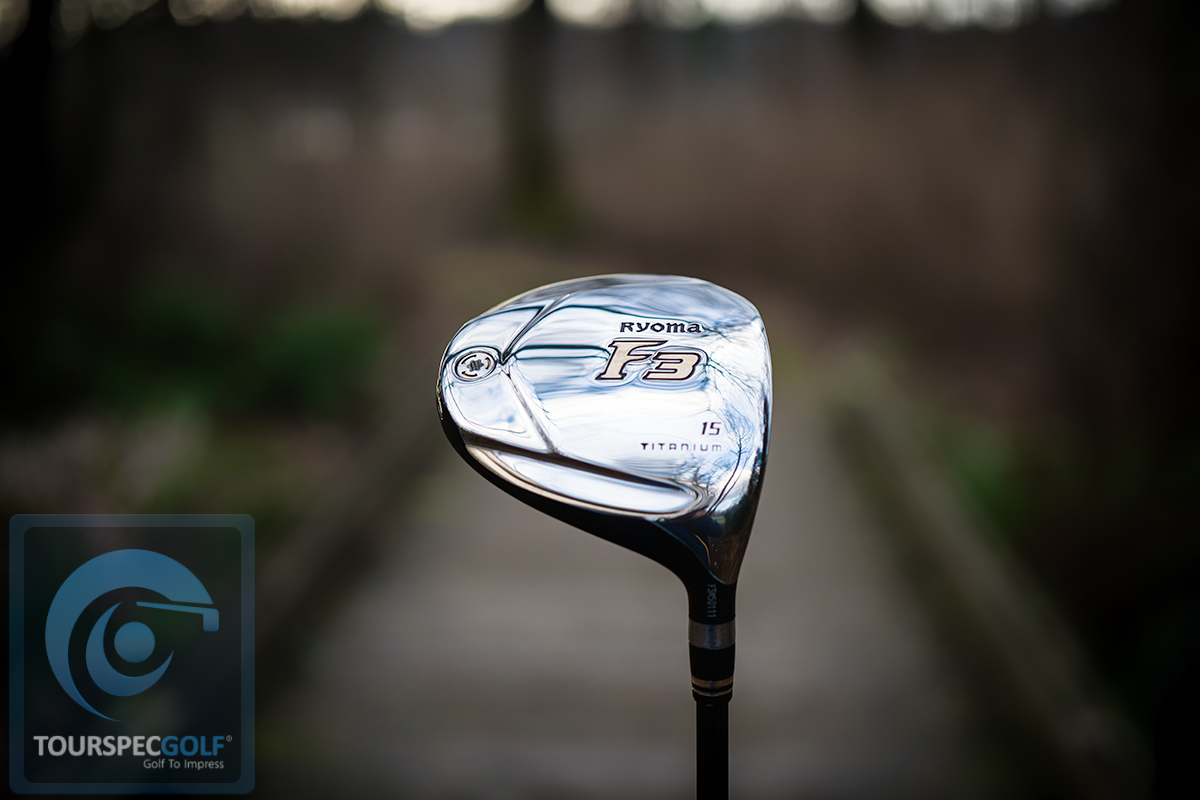 Usually, a stainless steel FW has a COR of 0.7,  but the Ryoma F has a COR of 0.82 which is same as the driver.  You get + 2ms increased ball speed and 850rpm less than traditionally designed fairway woods.  So your getting three wood distance from a five wood basically and best yet it’s much easier to make good contact for straighter and longer shots. 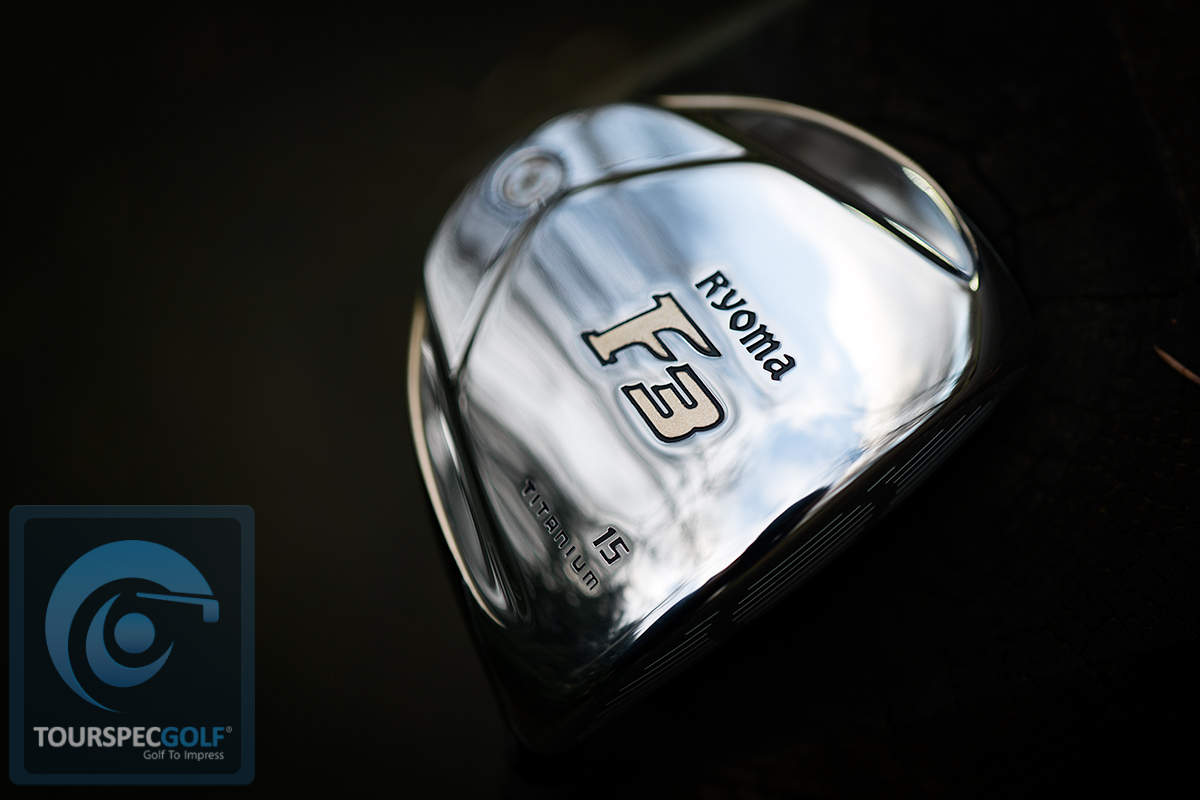 So what about those more advanced FW’s that Ryoma’s competitors have created?   What they do is attach a weight toward the front to reduce the spin rate.  As the cg become shallow the sweet spot gets narrow.  The spin reduction is expected when you center it on the face, but with mishits, you lose more distance,  the ball does not lift, and ball speed goes down, and because FW’s are not used frequently for most players, there is a lower probability of hitting center.  One of the most important things about choosing a FW is how tolerant it is of your swing flaws and mistakes. o here’s the deal,  other brands use stainless with cast maraging faces to keep costs down.  Ryoma approaches it like making a driver.  The difference is substantial.  Figure your average FW places 20-30g up front and has a high and shallow CG.  This is why brands are trapped in the cost game where Ryoma has spent years and invested in new patents and technology to create a FW that not only has a low cg but also a deep one.  Compared to other brands saying they have a low and deep CG in a fairway wood it’s so far from true.  The Ryoma F has a 60g and 65g weight internally with the cg in between the two. Hope you enjoyed reading!  If you want to buy the new Ryoma F we have it listed here – click here!