George Takei is a name that is synonymous with golf club design in the Japanese market. The former founder of Gauge Design Japan and G-Field Golf has traveled the road both high and low when it comes to golf clubs in Japan. At its peak, George had led Gauge Design into becoming the number one putter on the Japanese tour, besting the likes of Odyssey and Scotty Cameron. Gauge Design Japan and G-Field eventually dissolved as the company broke off seeing former employees of Gauge form new companies like Gold’s Factory and Romaro Sports. George however, continued to hone his design skills and passion/dream of creating the ultimate golf clubs. Several years ago, the George Spirits brand was born. 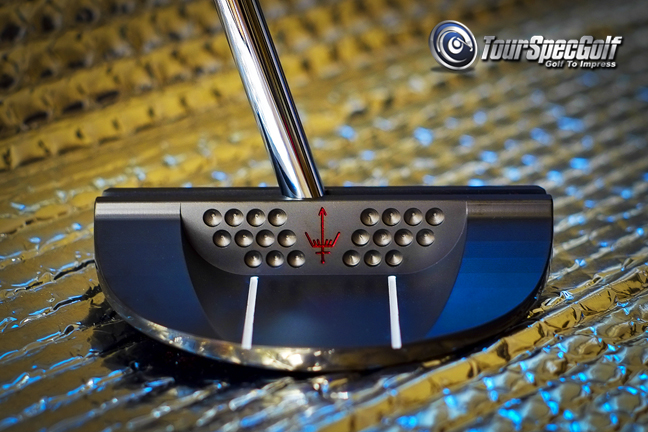 George continued on his journey to create his dream golf clubs, with the sky the limit. Top quality forged irons and wedges, premium forged and cutting edge designs for woods and of course putters. George Spirits recently released their Mono line of pin style putters the Mono1 , Mono2 and Mono3 models. Personally I am much more of a mallet type player so I was very happy to see George release the new Mono M1 putters featuring Style1 a center shafted small mallet and Style2 a double bend shaft over heel mallet. I was immediately drawn to the Style1 as I typically use a center shafted putter with more of a straight back and forth type of stroke. George Spirits as usual was of course very accommodating and sent over both models for me to try out. 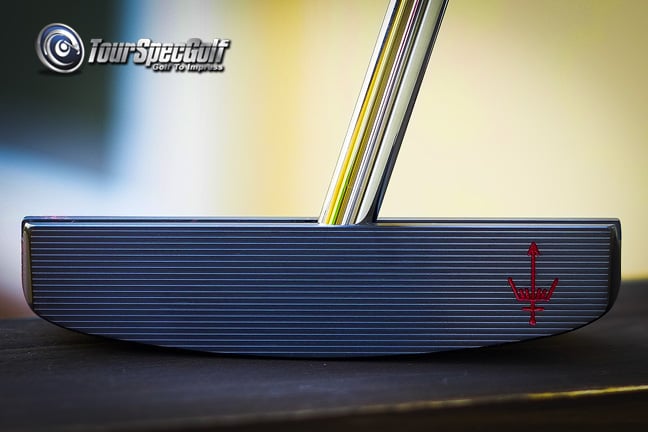 All the new Mono line putters from George Spirits are premium SUS303 steel and  fully CNC Machined. As I mentioned the Mono M1 are small mallets and feature nice 350g head weights.  The face of both putters feature a fine but reasonably sharp feeling CNC milling designed to promote forward roll and improve feel. Besides material, the way the face is milled on a putter can very much affect the feel of the ball at impact. Feel is subjective and everyone is different when it comes to personal tastes. There are those golfers who love ultra soft feeling putters and those who prefer a firmer feel. I think I have always been right in between and I am glad to say that George has designed the M1 putters with just the right amount of milling depth to create a soft feel but still good feedback at impact. Soft but crisp as the ball pops off the face of the putter at impact. Not too soft to the point where the feel is muted and not to firm to the point where impact is hard. 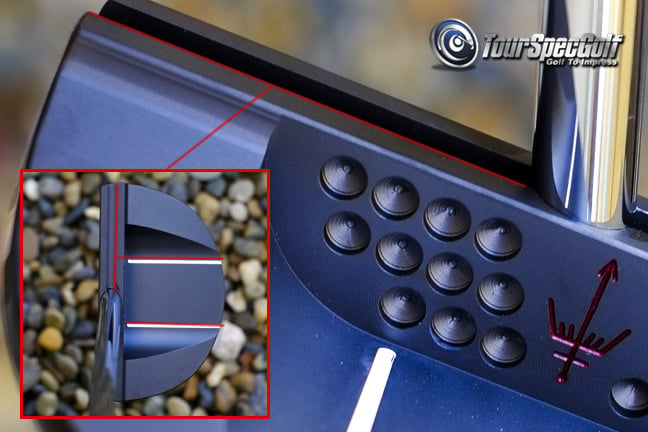 Another interesting design point of the Mono M1 putters is something George has carried over from his first generation George Spirits putters a few years ago and that is a top line channel parallel to the face. The channel does a couple of things. First it acts as an alignment tool along with the two sight lines in the flange. The channel is perpendicular to the white sight lines creating a T (or two T’s) aiding the golfer in squaring up straight to the ball. The second thing it does is create a sound channel or sound slot to a certain degree.  While many sound slots or floating faces as they call it are typically on the bottom of the face on the M1 they are on top to not only fine tune the sound at impact but to act as that alignment aid. I like it. 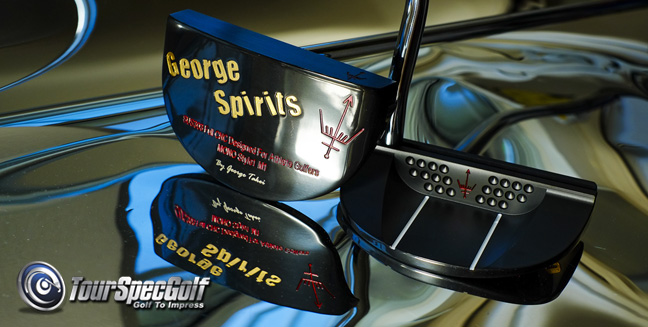 Both M1 Styles are very solid putters. The workmanship is superb, a flat black finish on top prevents glare while an IP sole adds some class. The machined “divots” in the back cavity are a very nice touch and 350g for many is just the right weight for playing on various types of greens. If I were to pick at anything, I would have liked to see variable weight heads in other words heavier heads as the length gets shorter. 350g seems just right at 34″ but at 33″ its a tad lighter than I would have liked.  I really want to keep the Style1 center shaft as I’ve spent the day putting with it and like so many things about it, the way it sets up, the way it feels at impact, the way the ball rolls off the face and very nice direction and distance control.  Best of all what really stands out is a reasonable price for a premium machined SUS303 putter that won’t break the bank.

We’ll be adding both the Style1 and Style2 to the pro shop in coming days so make sure you check them out! 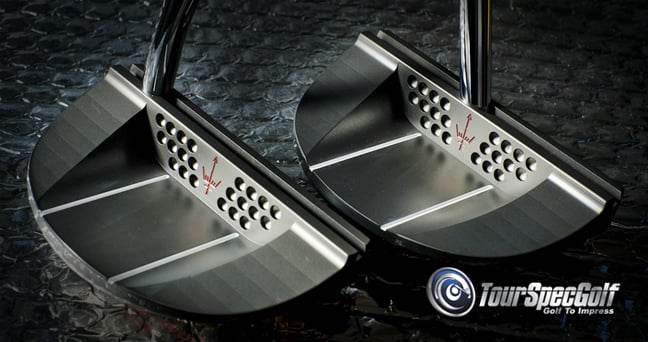 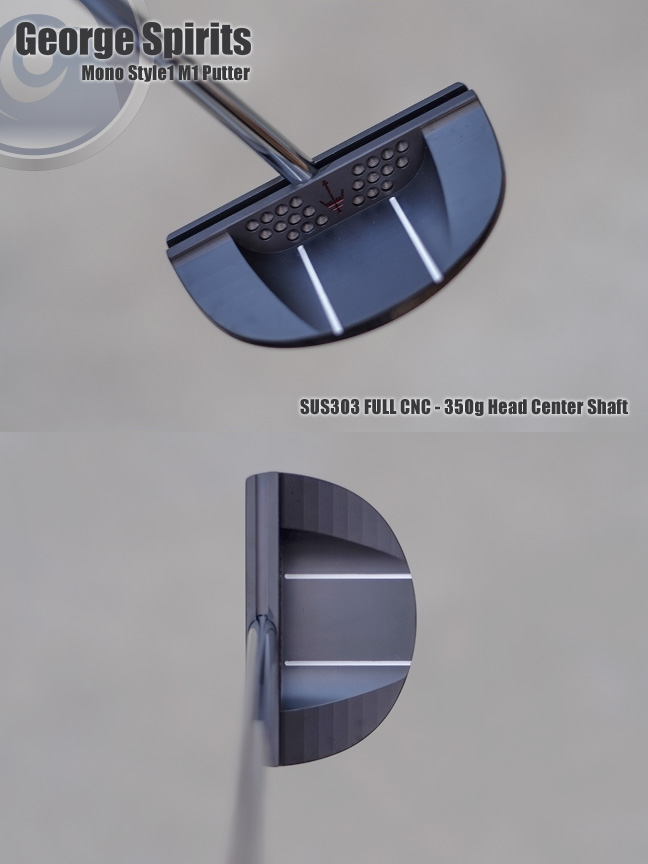 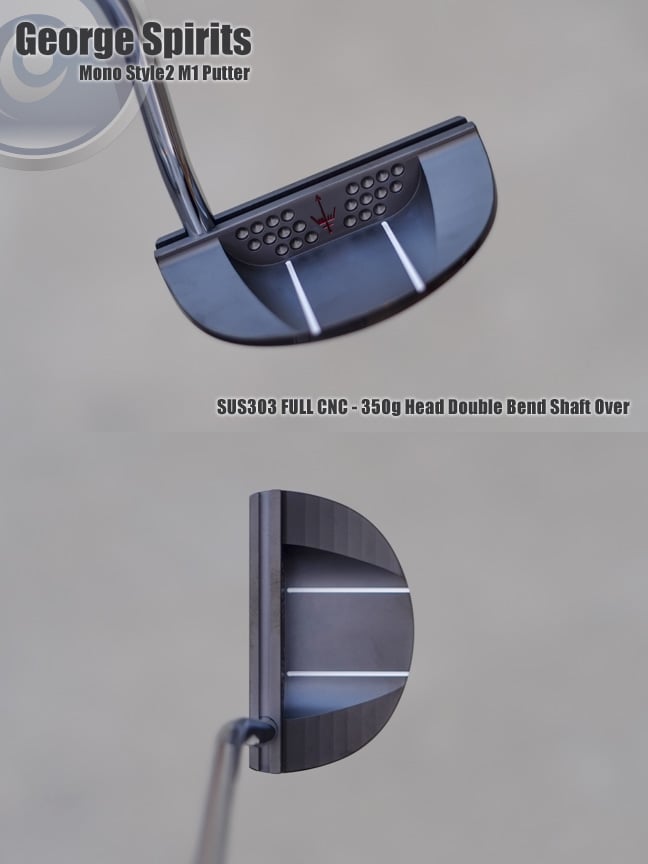 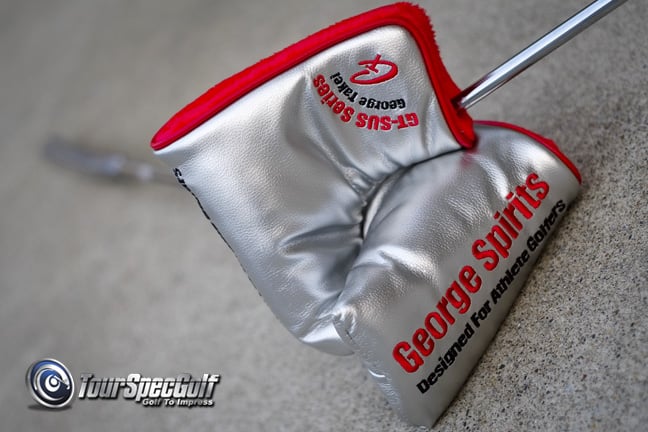