in Featured, Golf News, Putters
750
VIEWS
Share on FacebookShare on TwitterShare via Whatsapp 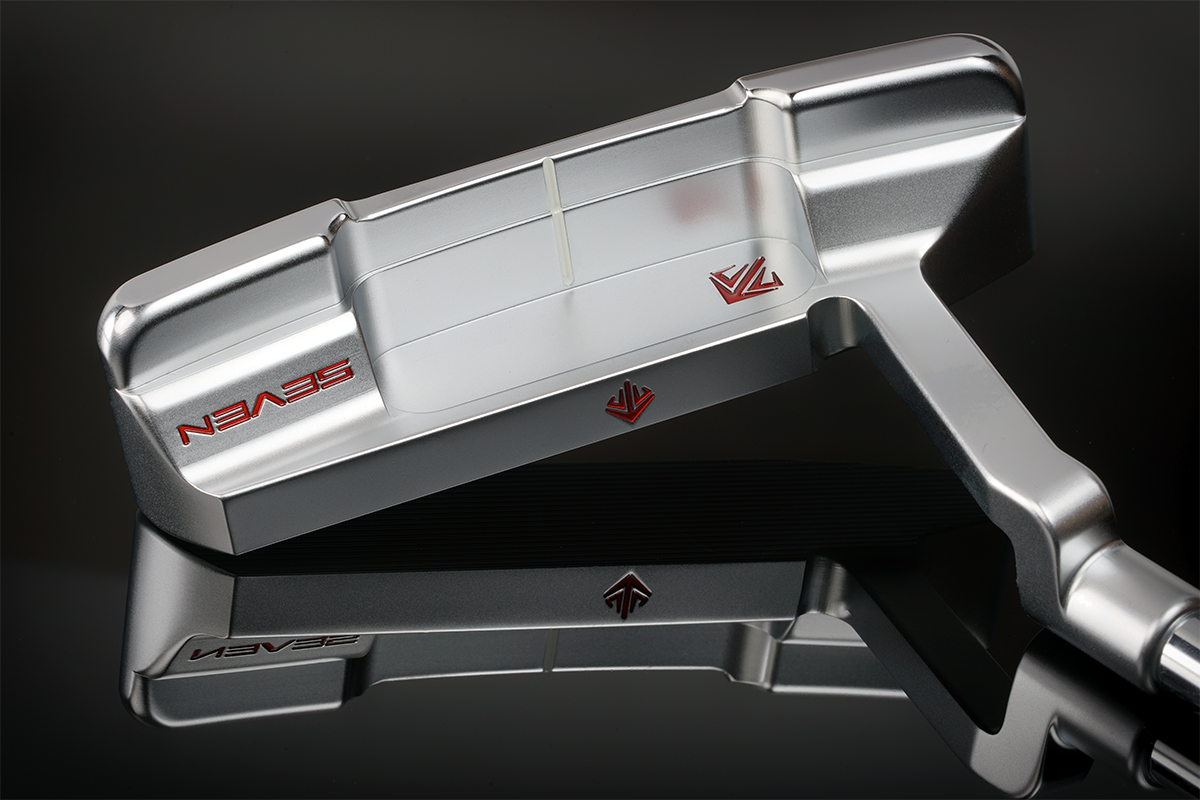 If you’ve been around TSG during the last year or two you may know what SEVEN is.  SEVEN is my personal brand my endeavor to create something better and different.  It’s actually pretty easy to make something better but it’s also expensive and in order to come out on top you must be willing to pay more to have more.  I start with a sketch in my iPad Pro it’s shape is influenced by the work of the many great putter makers,  I close my eyes and imagine the experience I want focusing on looks then feel.

I choose Japanese SM490A as the metal,  this is a material I favored for over a decade after noticing it not as hard as sus303 yet not as mushy as carbon steel.  Face milling plays a big role in how a putter feels how much metal touches the face at impact has a major effect on vibration.  Some milling can make a harder metal feel softer and vice versa.  For carbon which I find too soft I prefer a different type of face mill than on stainless and in this case using SM490A which was already soft but not mushy it allowed me to focus on roll.  Follow the Jump to see more of our creation… 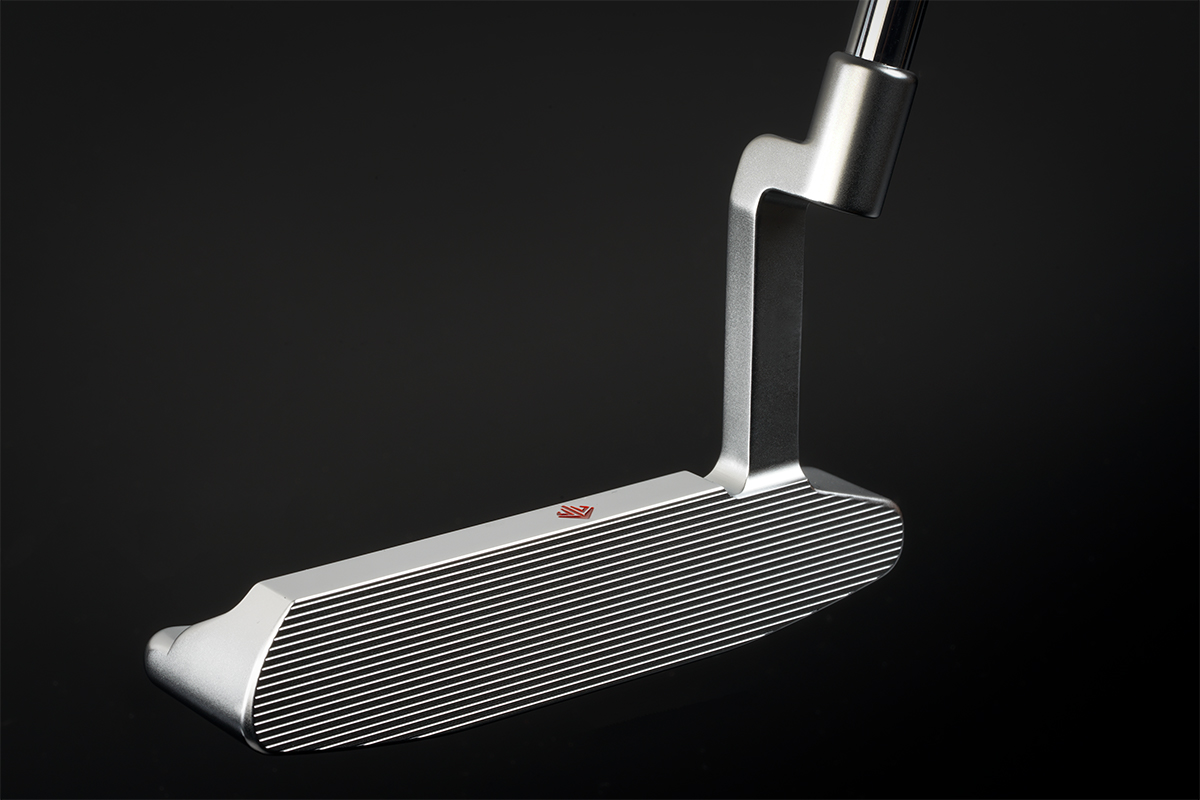 In the above image you can see that the new VS-R has a different face milling than the the previous Kyuzo.01 and Model SH by Seven.   Both of those putters and the customers who purchased them provided great feedback helping us improve and take into consideration some changes for the new VS-R.

Putting is important it can get close to half the strokes played in your round that is why you see so many neo mallets in the bags of tour players,  the higher MOI and CG location helps keep the ball on line better and isn’t as punishing on miss-hits.   That said the anser putter is by far and still the most popular and aesthetically pleasing to the eye of most players.  Good news is SEVEN’s blade putter line up is complete the K1, SH, and new VS-R are three extremely sexy shapes with all the right attributes to knock nearly anything out of the bag. 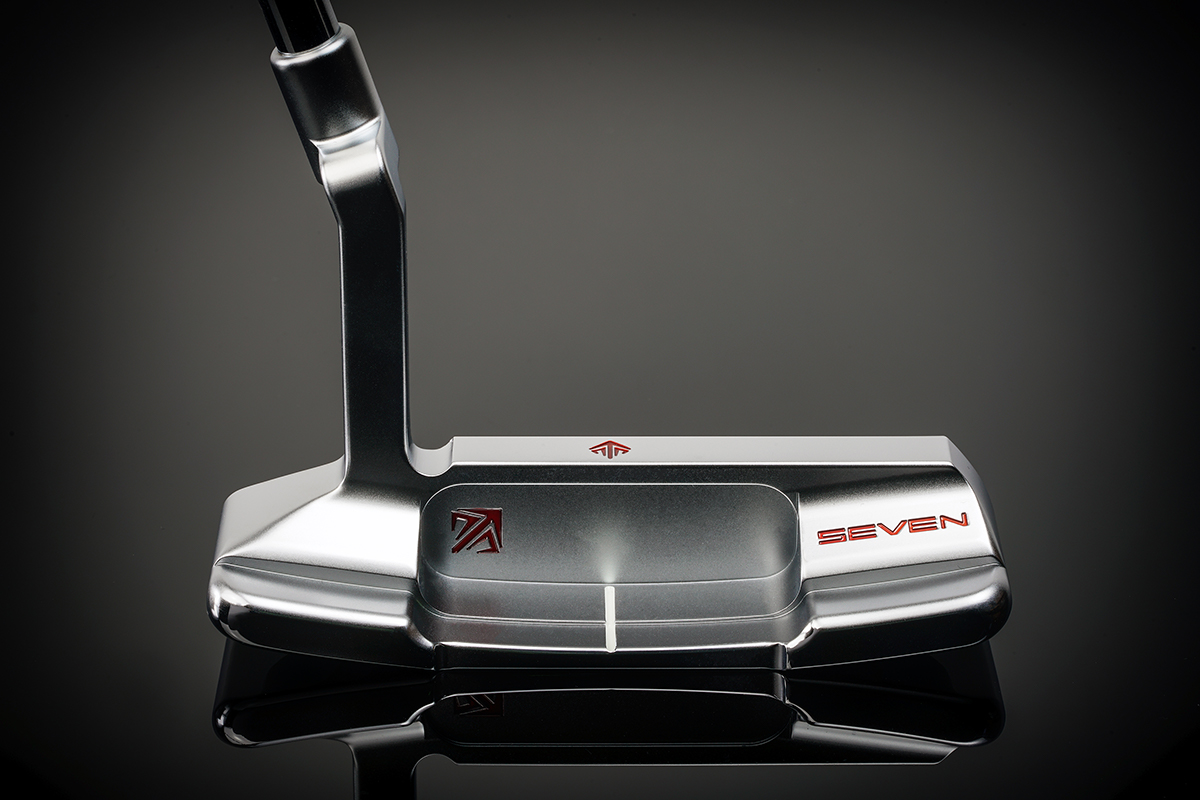 We sought out Kitada-san who made our two previous models,  Kitada is a genius and modifies his own machines in a very different way you than you would see in a normal CNC shop.  He only makes golf clubs and the machines he uses are old classics of the Japan milling industry  no longer available.  It’s not a pristine factory it’s a traditional Japanese Himeji factory.  We love this about him,  CNC shops today are abundant you can be well funded and not duplicate the type of factory that Kitada-san has created over decades of use.

So yes our products are all made 100% in Japan.  Seven was sold out of putters for the last quarter of 2016 and now everything is back in stock (although in small quantities).  The Kyuzo.01,  SH, and VS-R to be exact and we have made some changes.  The first would be the material.  We have developed a new process we called the Pure Tempered Heat Treatment where we heat it to 850* degrees for 3-4 hours then bring the heat down to 500* in a vacuum atmosphere this is not a golf technology but one used in other industries that we found to create a unique vibration and ultimately sensation at impact.  Not cheap but we did it anyway. 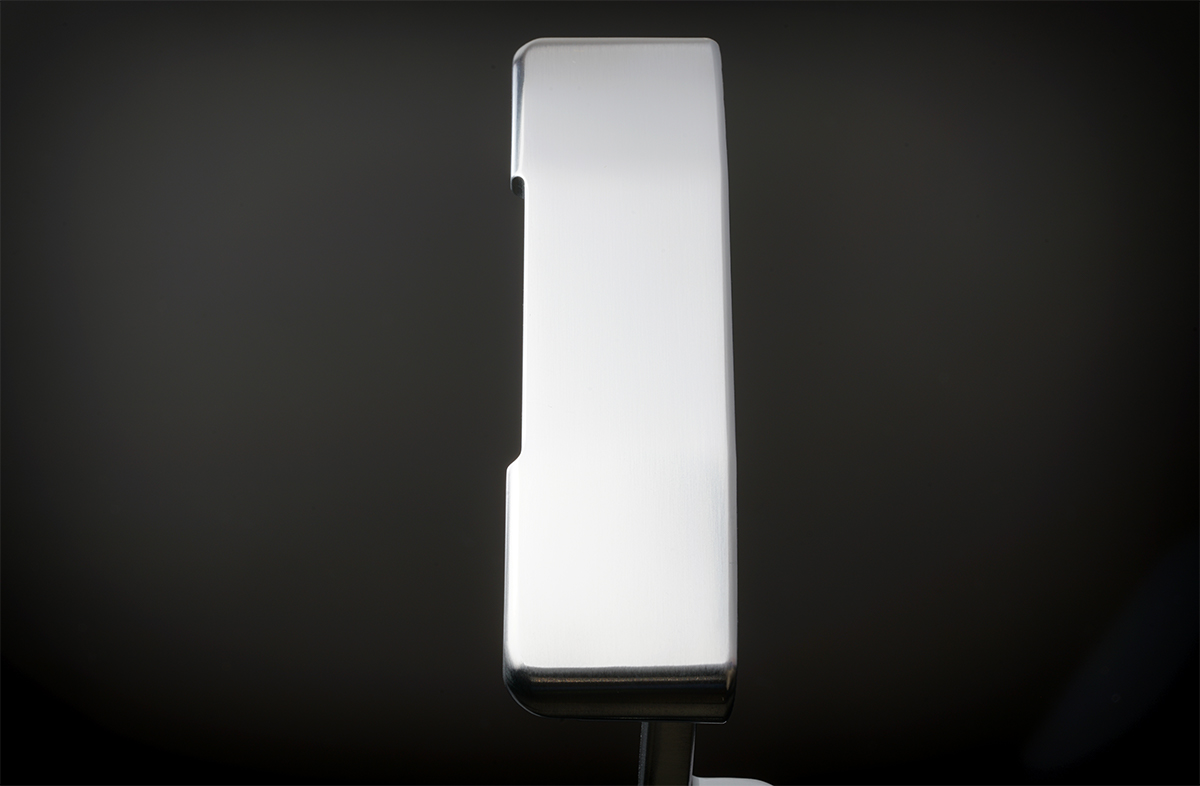 Another thing you may notice in the design is it has somewhat of a notch back as scotty fans would understand.  Our notch or what I call extended bumpers are very subtle giving the player the an improved visual aid to support alignment using less focus.  It’s not possible to see in the above image but the sole is triple cut and not rounded completely smooth and with all seven putters the first runs have a completely blank sole. 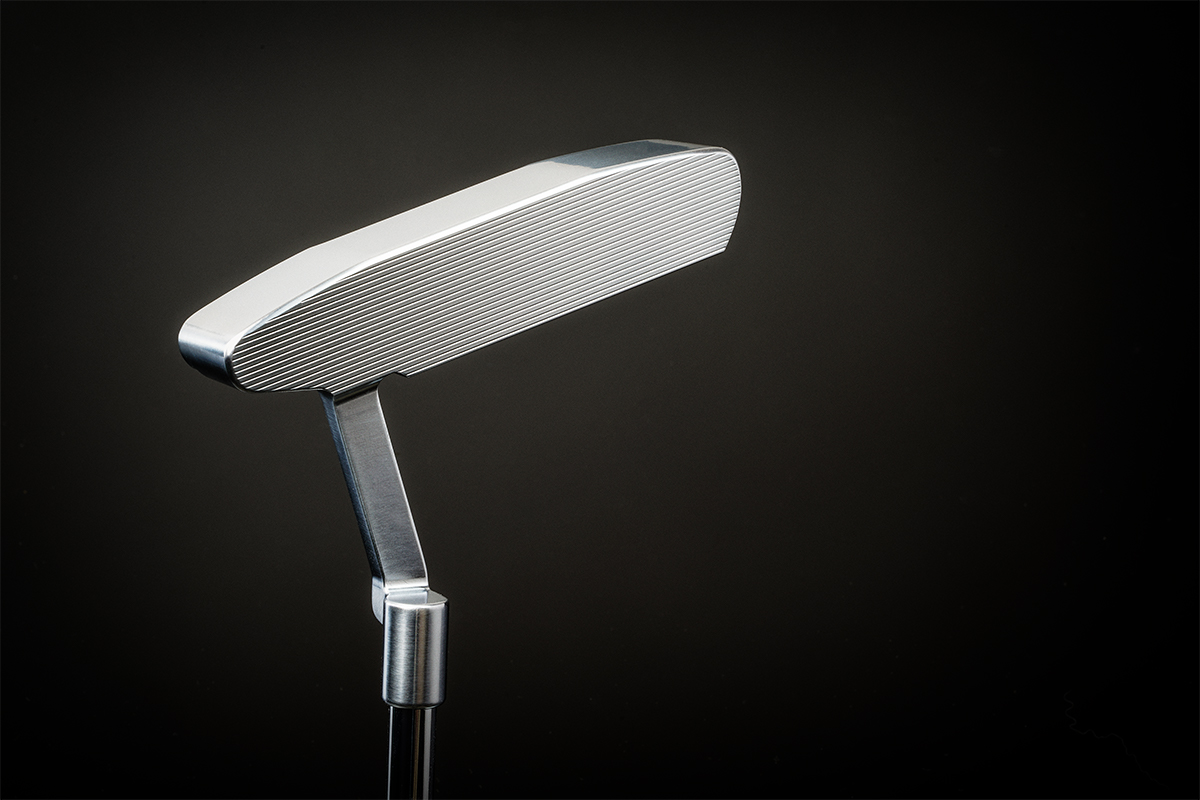 SM490A is a finish that will wear,  we have a variety of finishes you can choose from and in these photos you are looking at a satin with bead blast top and polished bumpers and soles.  This gives it reduced glare from address and some bling from the angles only your friends can see while you sink that 40 footer.

The stamping is minimal it’s modern and it works.  We have added our logo to the top line of the putter that aligns with the sight line and influences your confidence for the better.  The word SEVEN on the toe acts as another an alignment aid for your face angle. 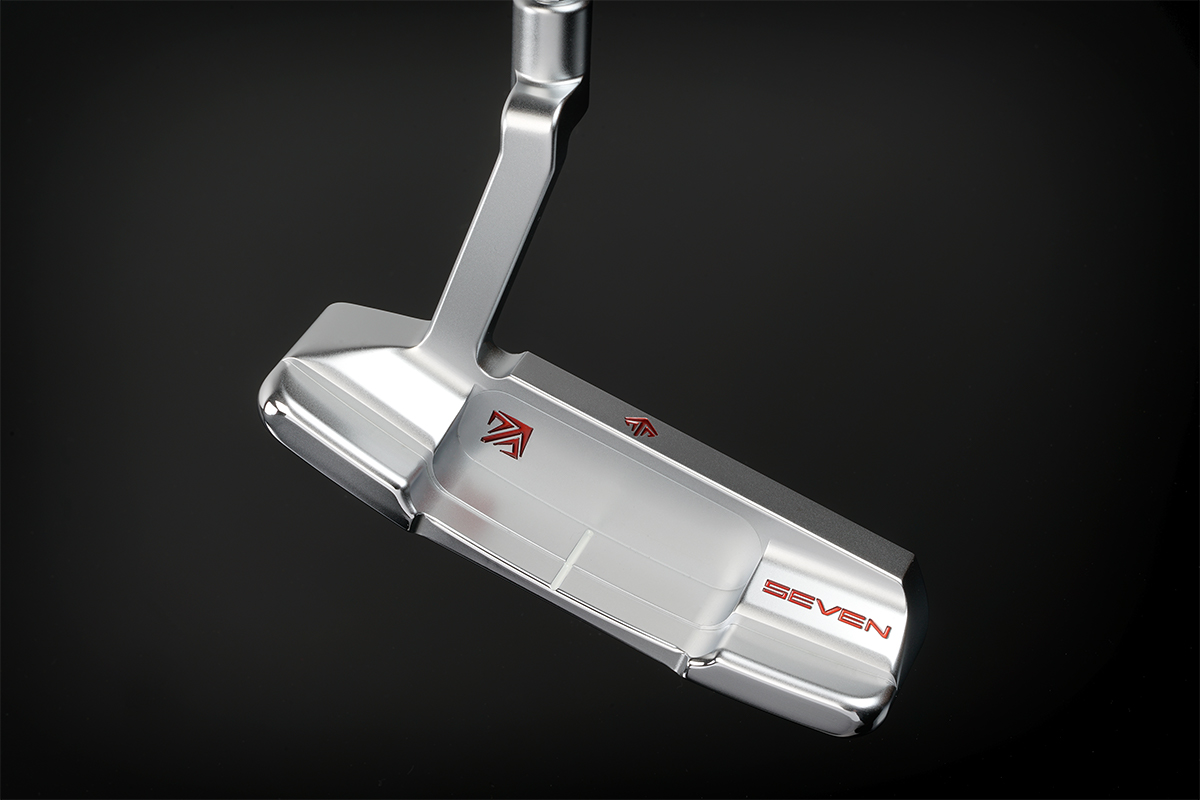 When designing this milling the main goal was to reduce skid and skipping getting the ball to roll end over end and what we learned by using a high speed camera is that all sorts of face designs do this and one is not that much superior to the other.  Yes there are face milling designs that can reduce dispersion and keep off center impacts online “a little” but for a blade style putter we feel the better player can judge the break on their own keeping the roll un-aided from a gear effect perspective.

Our face milling reduces skip,  feels great at impact and keeps the vibrations pure so that you can still feel the metal and finish your hitting.  Yes our putters have a plating or coating on them depending on your choice of finish,  If we went SUS303 then we could just polish it and done but we tested many types of stainless materials and in the end we found SM490A is something that needs to be experienced.  Combined with a finish like satin,  nickel,  boron, or copper the vibrations are bliss running through the head up the shaft w/grip and into your hands and ears. 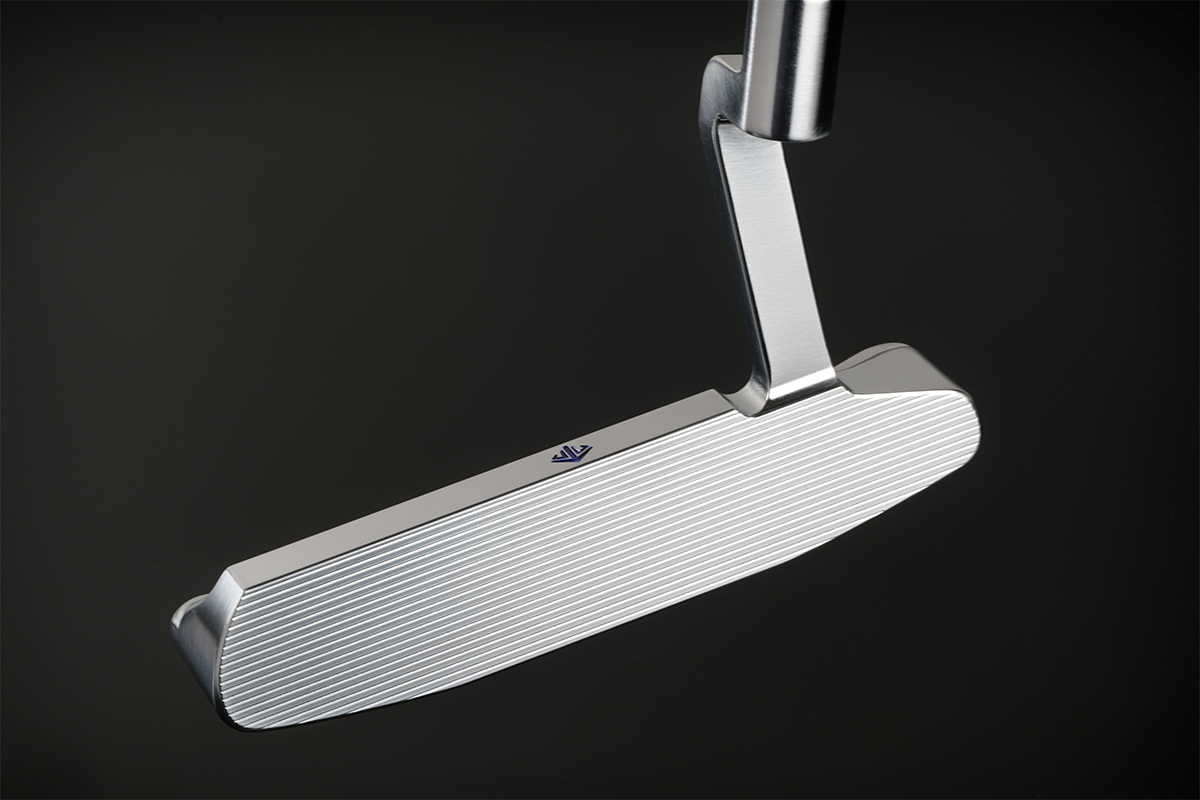 The Seven VS-R 1st Run will be available in the TSG ProShop starting today.  We can adjust all specs for you including loft, lie, and length we also provide a huge choice of shaft ( both carbon and steel ) and grips.  This putter retails at 550.00 + shipping and includes a stunning faux carbon head cover with zipper and ships in a gorgeous black fabric lined box. 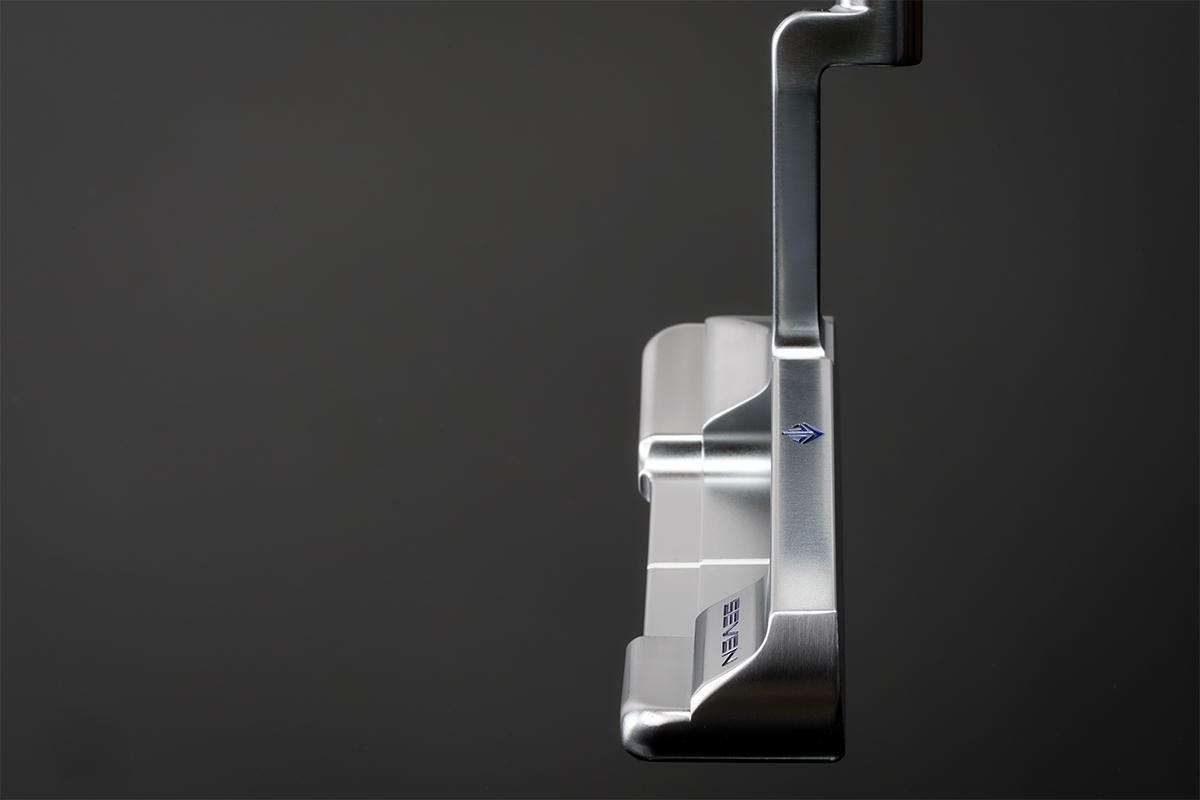 (above) Another angle to show you how subtle the notched bumpers look.  (Below) a look at the polished finish and blank sole and speaking of blank if you need custom weights,  engravings, slit or double slit lines we can always send it out to accomplish that.