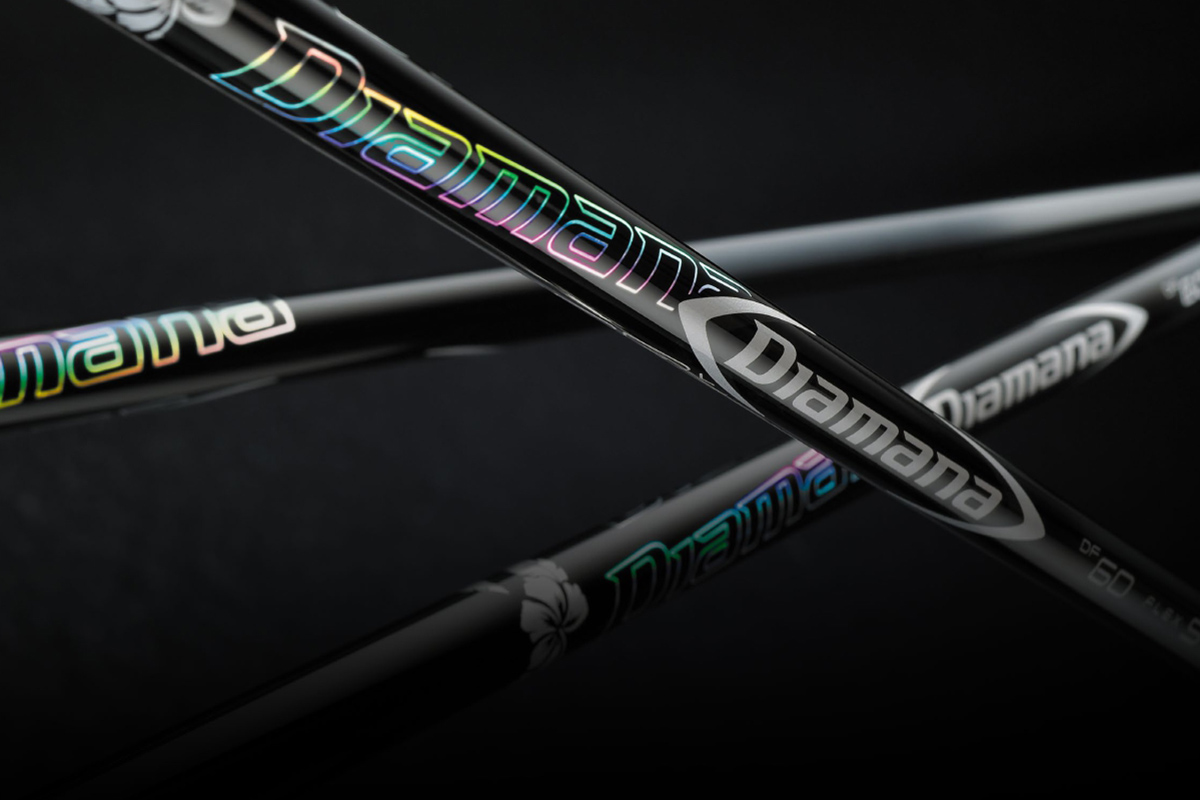 If you are a Diamana fan, you probably already know that “Diamana” is a word created by Mitsubishi combining “Dia” for Diamond and “Mana” which is a Hawaiian word to mean super natural powers. It sounds quite spiritual, doesn’t it? Standing on the first tee box surrounded by mother nature with our favorite custom built JDM driver may indeed feel like a spiritual event! I know it is for me!

Diamana has been Mitsubishi’s tour line since 2005. At a macro level, Blue for mid launch, Red for high launch and white for Low launch have been the designated characteristics.  The Diamana series are now on their fourth generation. They’ve already released Diamana BF and Diamana RF over the last two years and this new Diamana DF will now complete the fourth generation Diamana. Follow this jump to read on…

Over the 13 years on the market, I am guessing that many TSG members either owned or used a Diamana (or two) somewhere in their JDM journey. The 1st generation Diamanas were a huge success.  It quickly became a recognizable name as a choice for aftermarket custom shafts. PGA tour players including Tiger Woods were among Diamana users who won tournaments. Diamana set the tone for other manufacturers to realize the growth potential for high quality aftermarket shafts.

The original Whiteboard was the lowest launching shaft. It was preferred by players with higher swing speeds. It had low spinning & low launching properties with a smoother feel compared to competitor shafts. The Whiteboard was then followed by the A’hina. The A’hina again became a favorite among the hardest hitters.  It emphasized on stability and anti-left characteristics. Some said A’hina had a boardier feeling compared to the Whiteboard. Diamana W followed which aimed at making the shaft more user friendly. Diamana W’s concept continues to live in the Diamana DF.  Diamana DF further optimized the balance between stability and smooth feel. 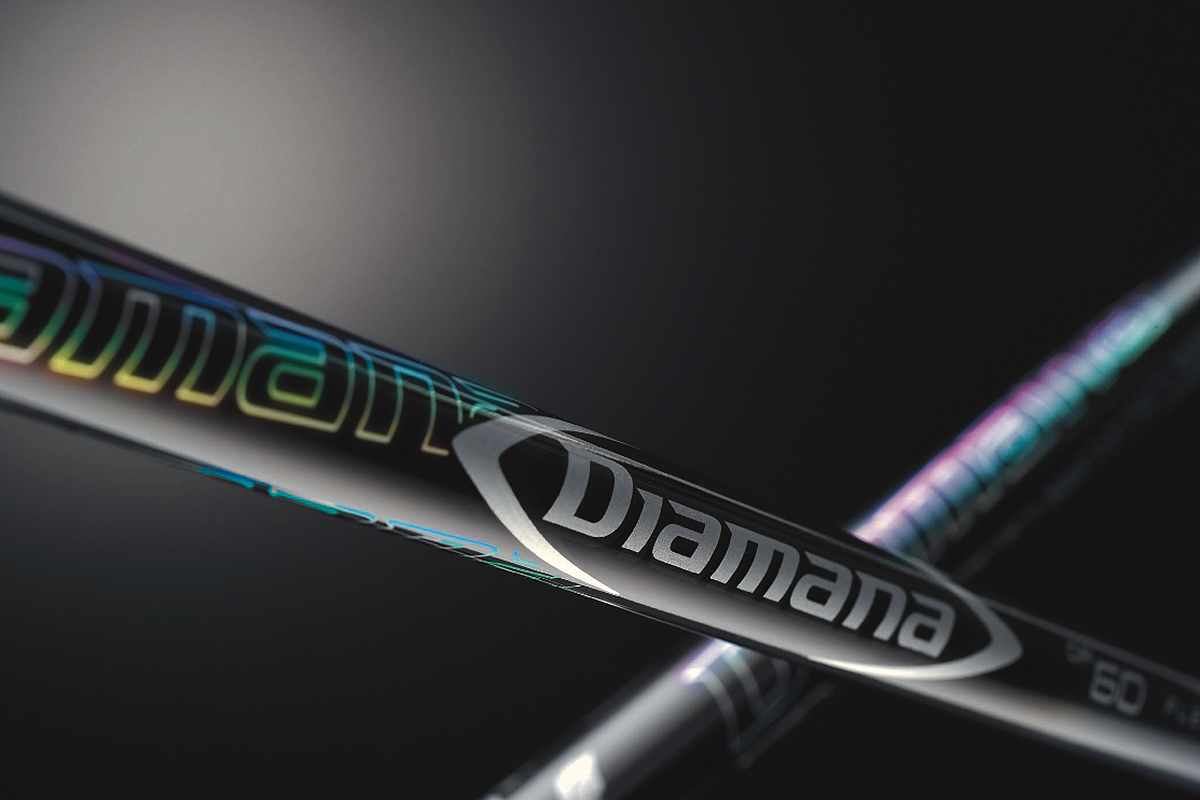 “DF” stands for Diamana Force. The new graphics with a shiny hologram is meant to represent “a new gleam of light.” The concept is to “Pursue longer and straighter drives.” Mitsubishi Chemical engineers believe adding stability to the shaft will help produce consistent impact. Consistent impact should translate to longer drives.

They accomplished this by reinforcing the tip section with MR70 and Boron. Mitsubishi’s MR70 is a revolutionary material that has higher elasticity and strength. Strength was improved by 20% and elasticity by 10% compared to previous material.  MR70 was also adopted in a few Fujikura Speeder models.

DIALEAD is used to optimize the rigidity on the butt section. It helps players create lag in the downswing. It also provides high responsiveness during the transition. Better responsiveness means players are able to swing with more confidence. This results in efficient power transfer to the ball.

Diamana DF will be released in four weight categories with various flexes. (50g to 80g) 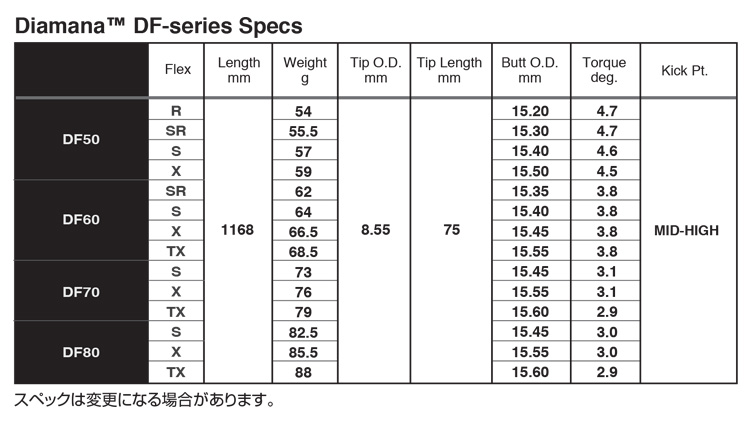 The new Diamana DF is now available for pre-order in the TSG Pro Shop!!