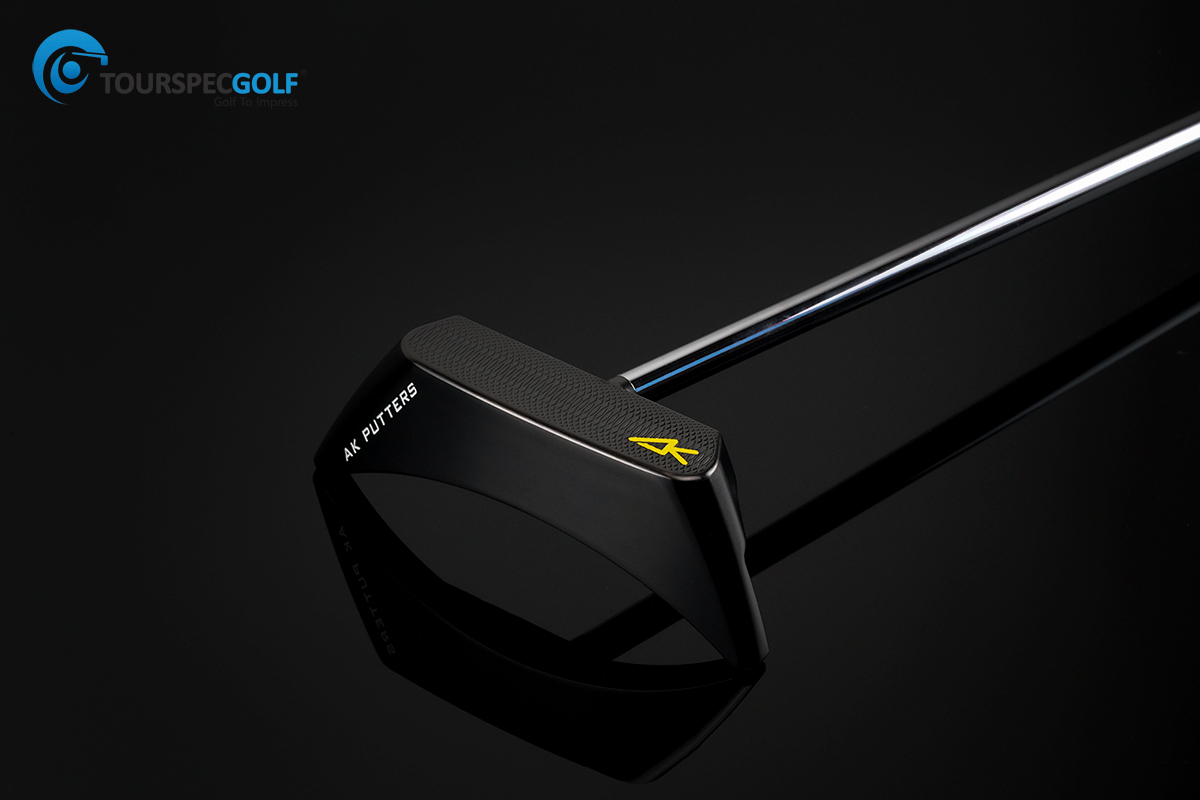 Ako-san of A-GRIND has formally announced his new company AK Putters.   I’ve been sitting on these putters until the new year and  now have had ample time to test them on  greens.  This particular putter in my photos is not a standard finish,  it is TSG Club Works Black Nickel Finish.  The model is called the AK01 Stealth and standard they are offered in both silver and black finishes.

CNC Milled of SUS303 this new stealth  has a deep milled face.  The head weight itself is set to 345 grams.   Available in straight shaft or W bend shaft.  4* loft with a 71* lie. Ready for my impressions?  Follow the jump please… 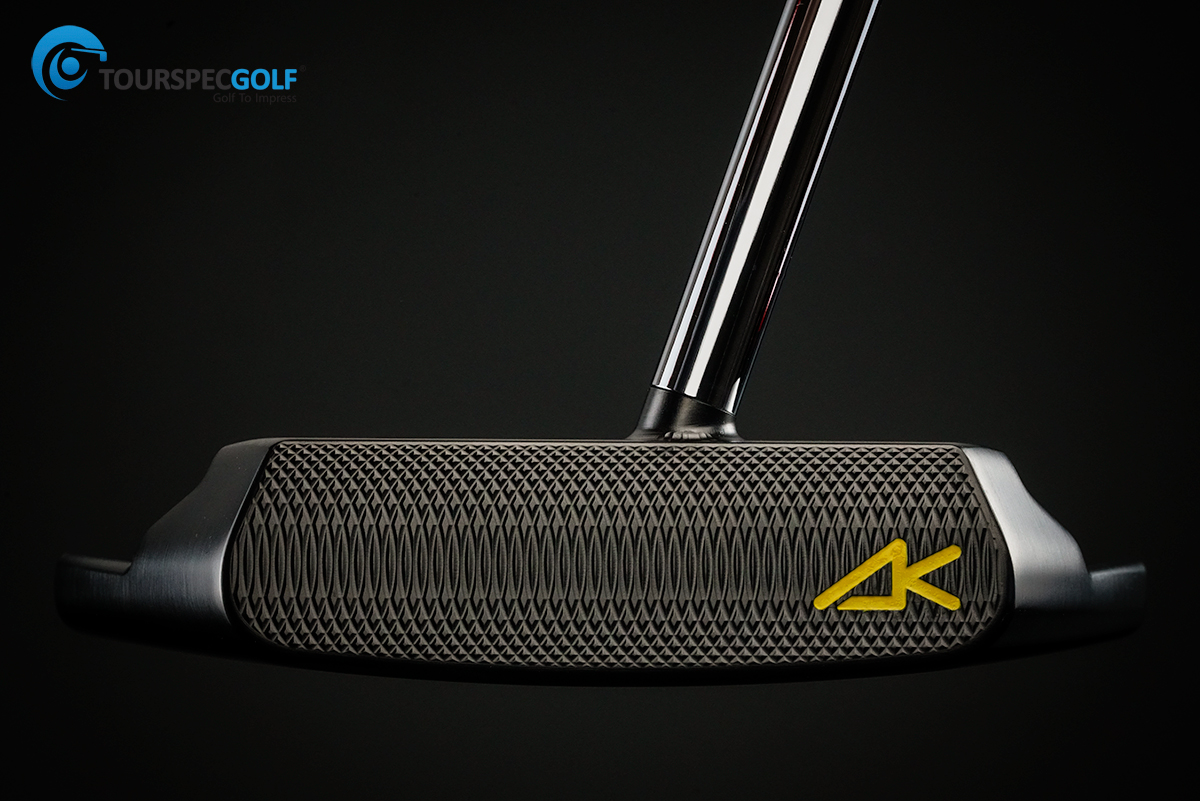 This putter feels like a precision instrument.  I love me  good center shaft putter especially one that has the visuals to inspire creativity opening a possible new path to the hole.  The deep mill in the pic above greatly improves feel.  SUS303 tends to be firm with excellent feedback as is but the face on this does two things,  the first is helps the ball roll straighter vs thinner mill or flatter faces.  The second is it softens the feel at impact. 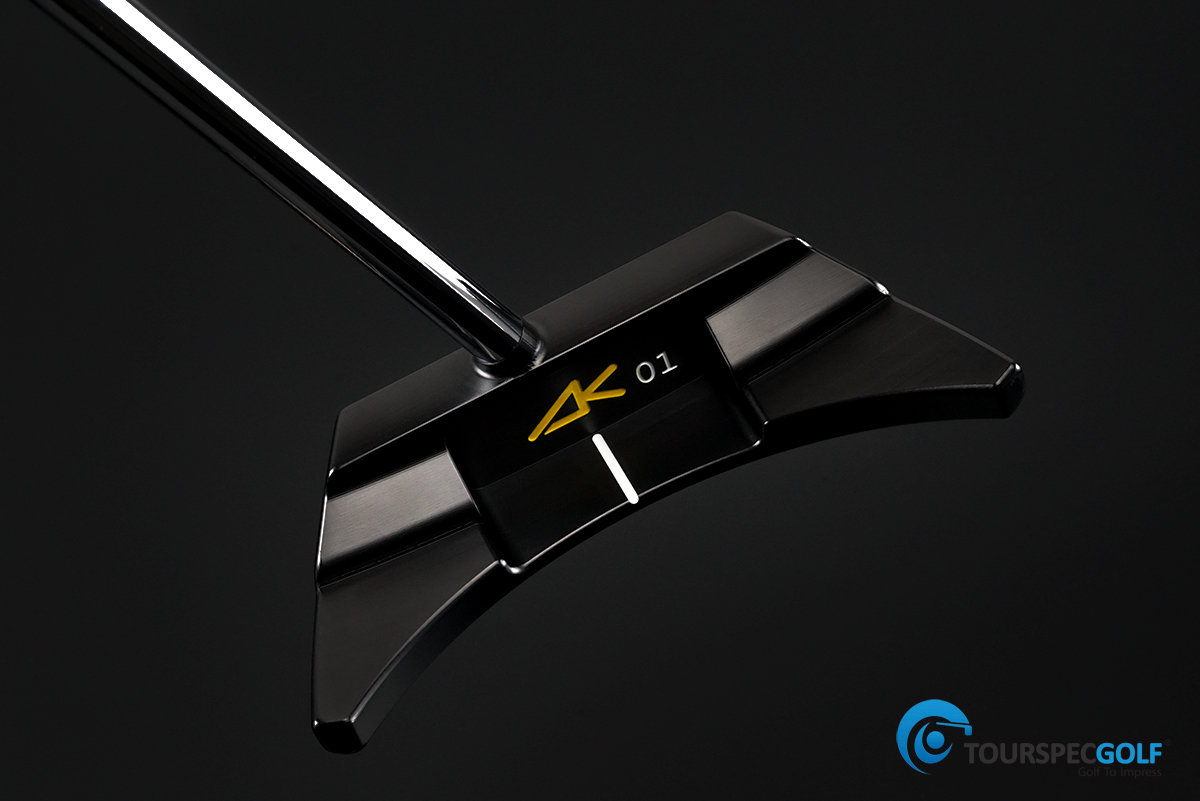 It looks like s stealth fighter to me,  it makes me think of the word “blade” it’s a very workable putter yet it’s thick top line gives off a forgiving aesthetic.  The center shaft vs W shaft is all preference,  go dead straight if you have less of an arc or the W if you have some bend in your stroke.

Why did I refinish this?  It looks great in standard finishes but in Black Nickel it looks outrageously sexy especially with the logo in a color that matches the grip.  The shafts on these are what’s called over hosel design not the easiest thing to find but it comes with the putter and that’s all you need to get the ball rolling. 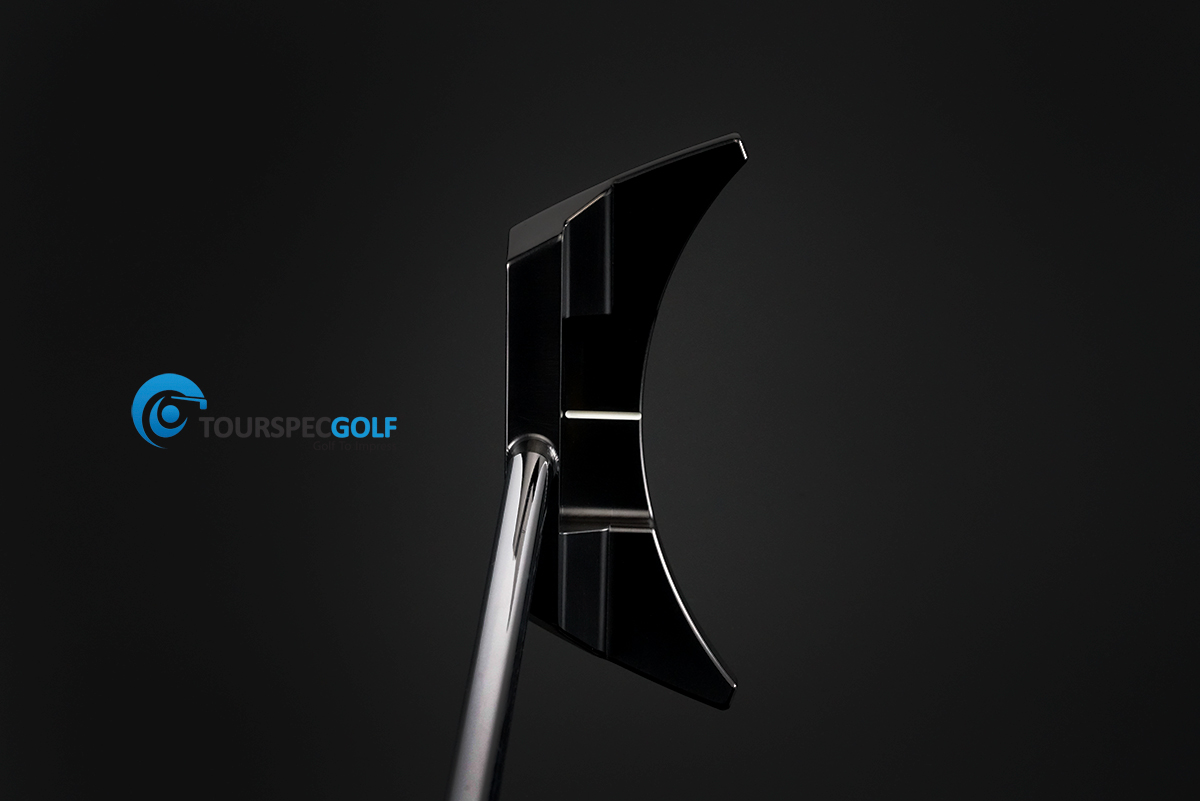 Batman’s ninja star above – so most putters have a higher MOI as they position a lot of weight back deep and center  this AK01 Stealth pushes the mass outward deep and away from center.  I think that’s where the workable comes from.   It’s such a good design.

The feel off the face is just right,  the black has no glare,  it’s just a well done putter that is unique and screams Ako-san’s work.  Who?  Yusuke Ako who was the lead designer for Royal Collection from 2004 to 2013 for all their clubs including woods, irons, wedges, and utilities.  Then recently started his own label called A-Grind.  TSG has created a nice sized following for A-Grind.  They are reasonable prices the woods, irons, and wedges are killer and now with his new separate series AK Putters it completes the line up. 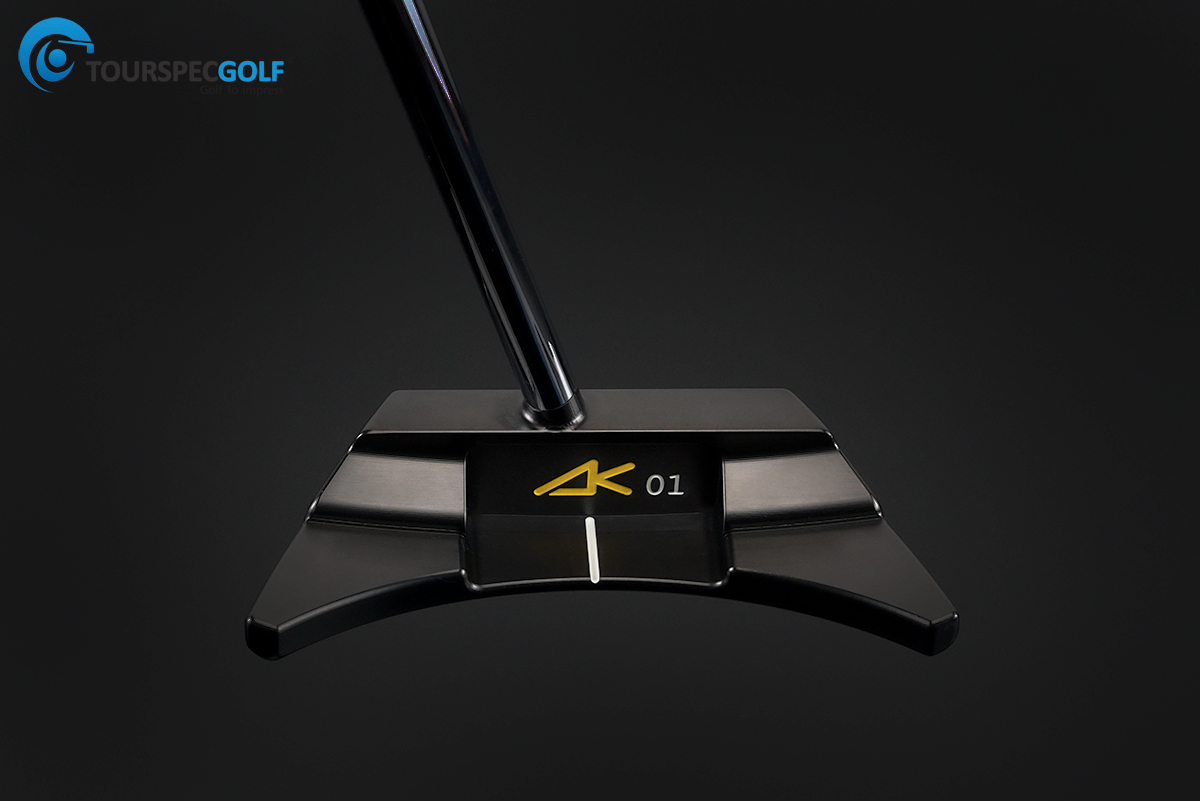 The new AK putters will be in the TSG ProShop Shortly,  I am also shooting, testing, and writing up a blog post on the AK Blade as well.   The AK01 Stealth retails for 400 dollars and TSG can also change the finish,  specs, grip,  paint fill as well.

Honma’s TW-BM Could be the Best Blade this Year!