When Sri Sports bought Cleveland Golf a few years ago, many were curious how Sri would fit Cleveland under  their golf umbrella which already housed top Japan market brands Srixon and XXIO.  It slowly became apparent that Sri wanted a premier wedge in their lineup as the wedge has never been a big seller or performer for either Srixon or XXIO.  Srixon/XXIO converted over pretty much all of their top Japanese pros to Cleveland wedges and released Japan market specific forged models. 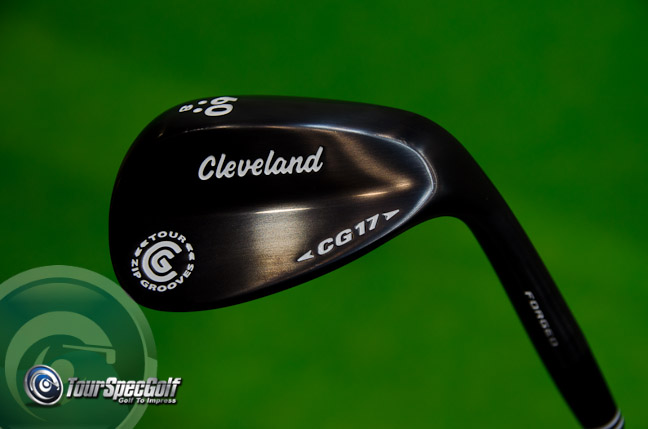 This year at the Japan Golf Fair, I almost could not find Cleveland clubs. The Sri Sports booth which is usually huge and houses Srixon, XXIO and Cleveland was still quite large but almost 80% of the booth was dedicated to the new XXIO lineup.  I went to the back of the booth which was facing a wall and suddenly noticed a small rack of Cleveland wedges and a small corner with Never Compromise putters. I have to admit I was surprised. No Cleveland woods or irons, just the new CG17 in black pearl, chrome and the Japan only CG17 Forged. 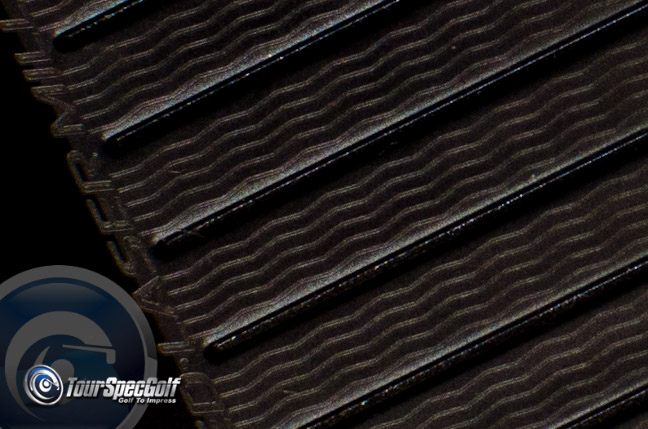 There are two major changes for the new CG17, the first is how their laser milled face is done. The width of the milling is now 1.5 times larger than the previous CG16 and the design has gone from straight lines to a wavy style milling to create more bite. I tried to take a close up picture in poor lighting to show the milling and surprisingly the picture turned out pretty well. As always Cleveland contiues to use their zip grooves.  The second major change is Cleveland decided to bring back the original shape of its ever popular Tour Action 588 wedge for the CG17, slightly higher heel, smallish straight neck and forgiving sole with heel relief all make the CG17 very easy to open up. 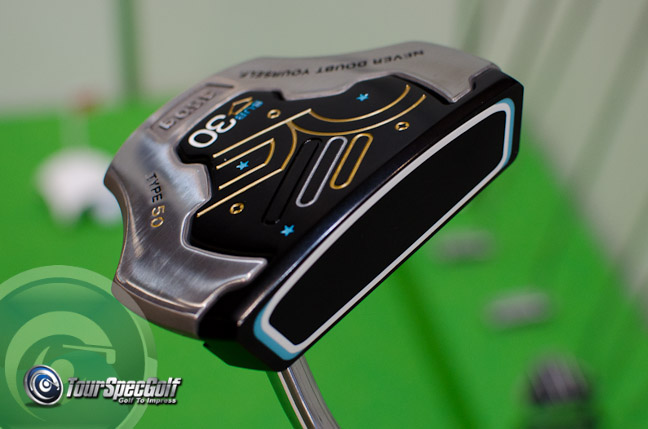 As I mentioned Never Compromise also had a little corner with its new Sub30 line of putters which are released overseas. They featured a new Type 50 Mallet with a 350g head that I had not seen before. Otherwise it was the same Type 10 20 30 and 40 that you can find overseas. I was hoping that Cleveland would release some Japan only drivers as they did in the past or a Japan only forged iron but for now it seems we’ll only see the CG17 Forged as the single JDM model.