in Featured, Golf News
722
VIEWS
Share on FacebookShare on TwitterShare via Whatsapp 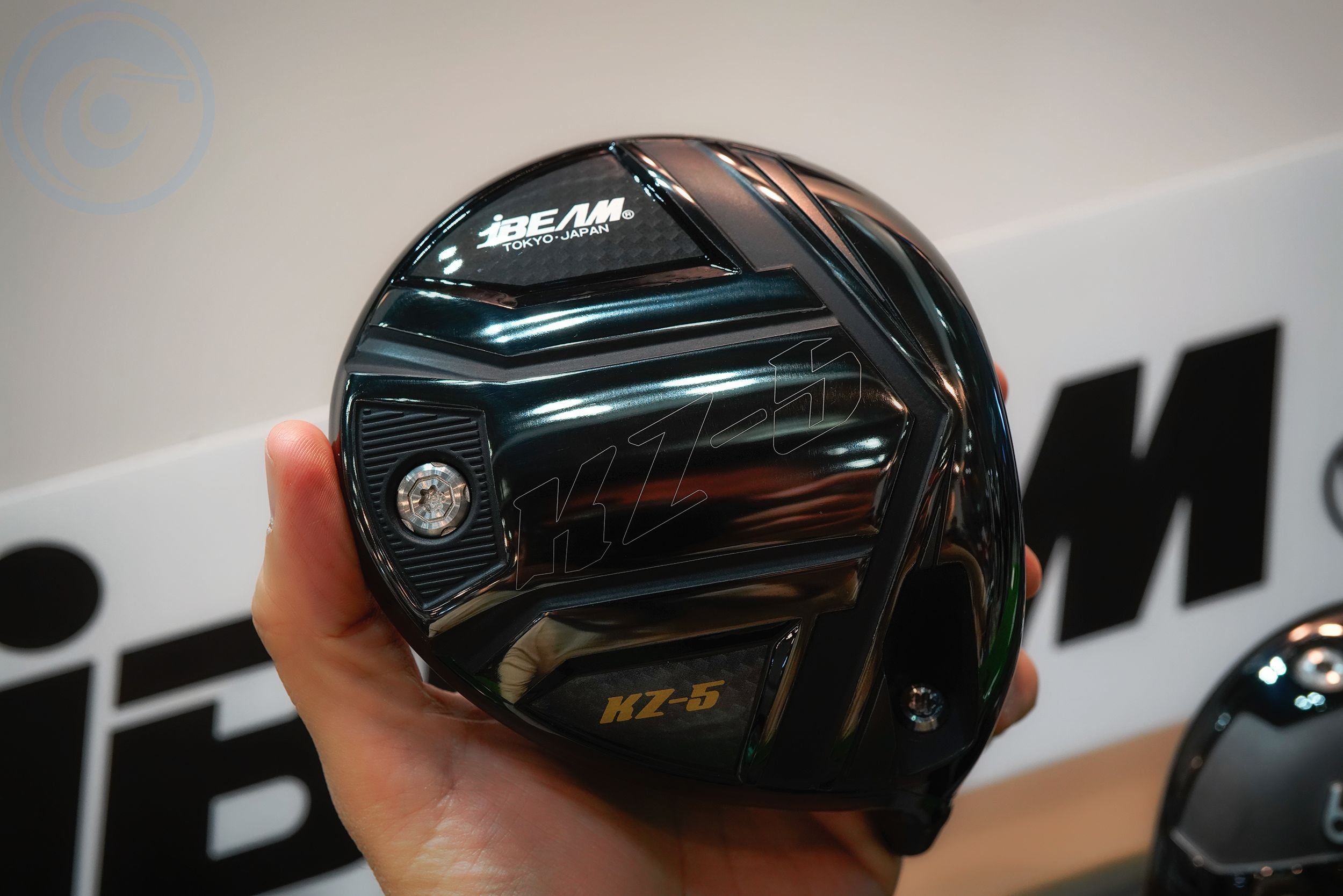 Many know that here at TourSpecGolf we are big fans JBEAM.  They produce a variety of great drivers geared toward different characteristics all which can be customized in many ways from head weights to draw or fade bias to hand-selected open or closed face angles and custom lofts.  TSG is also known for reaming the hosels of these for extreme specs i.e reem hosel to 2.5* open face for those who battle the left side but want to be free to go after it without creating the dreaded hook,  and the same can be done to avoid the right side for slicers.   Take it a step further and TourSpecGolf also has the faces shaved,  re-grooved,  refinished on these clubs for customers to match a particular COR by request or recommended for their driver swing speed.  Follow the jump to see their latest driver way early as the release date is September for this one.  Follow the jump… 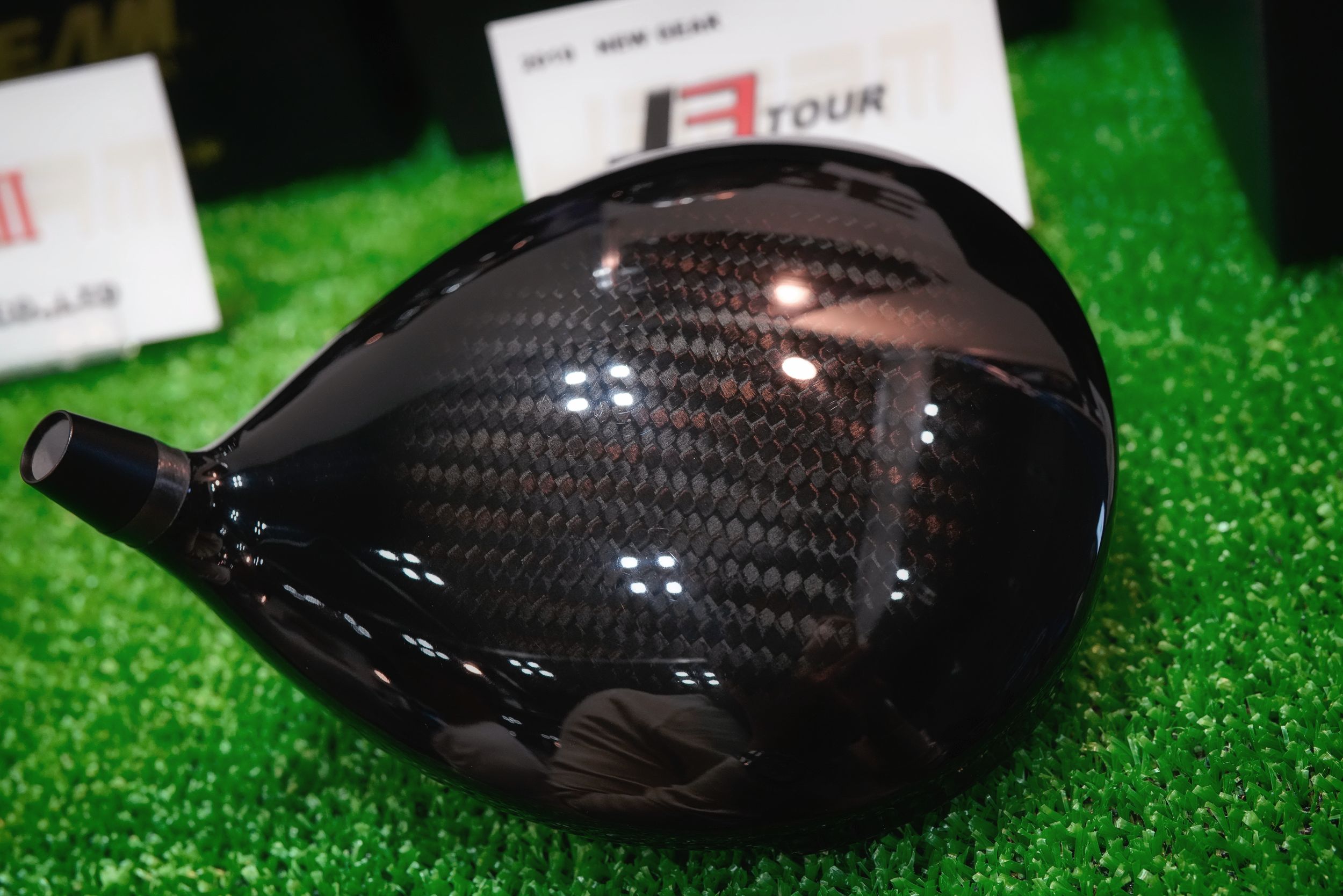 It’s a big deal as Jbeam has never ventured into both carbon crowns or adjustable hosels before.  I am not sure at all if it is necessary as without it Jbeam had better distance than even the most popular drivers already and with hand-picked specs what does adjustability really bring other than allowing the player to tweak their own specs at will. 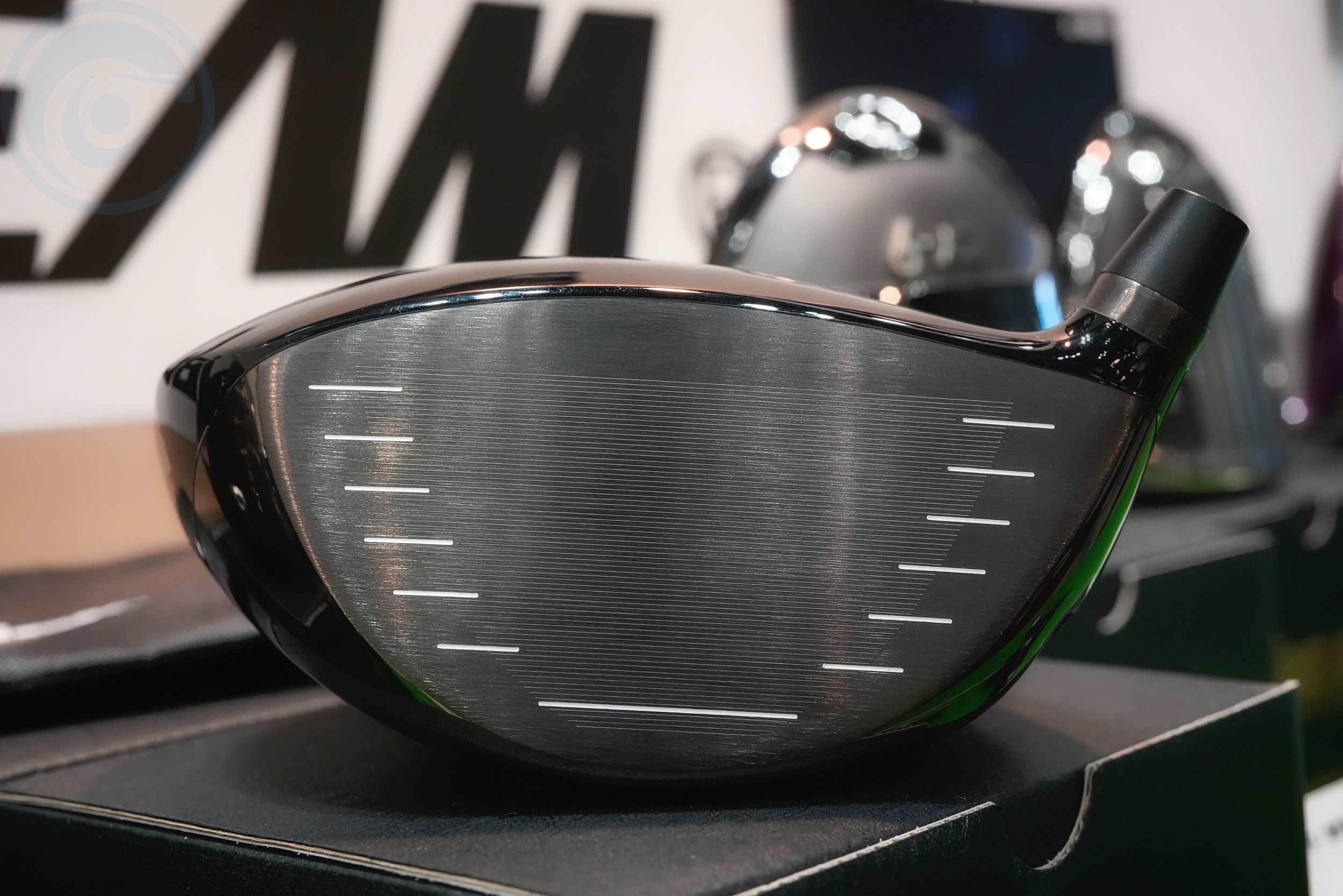 The shapes of Jbeam’s newest heads have been evolving and while most are deep some new curves are being introduced as you can see in the above photo. 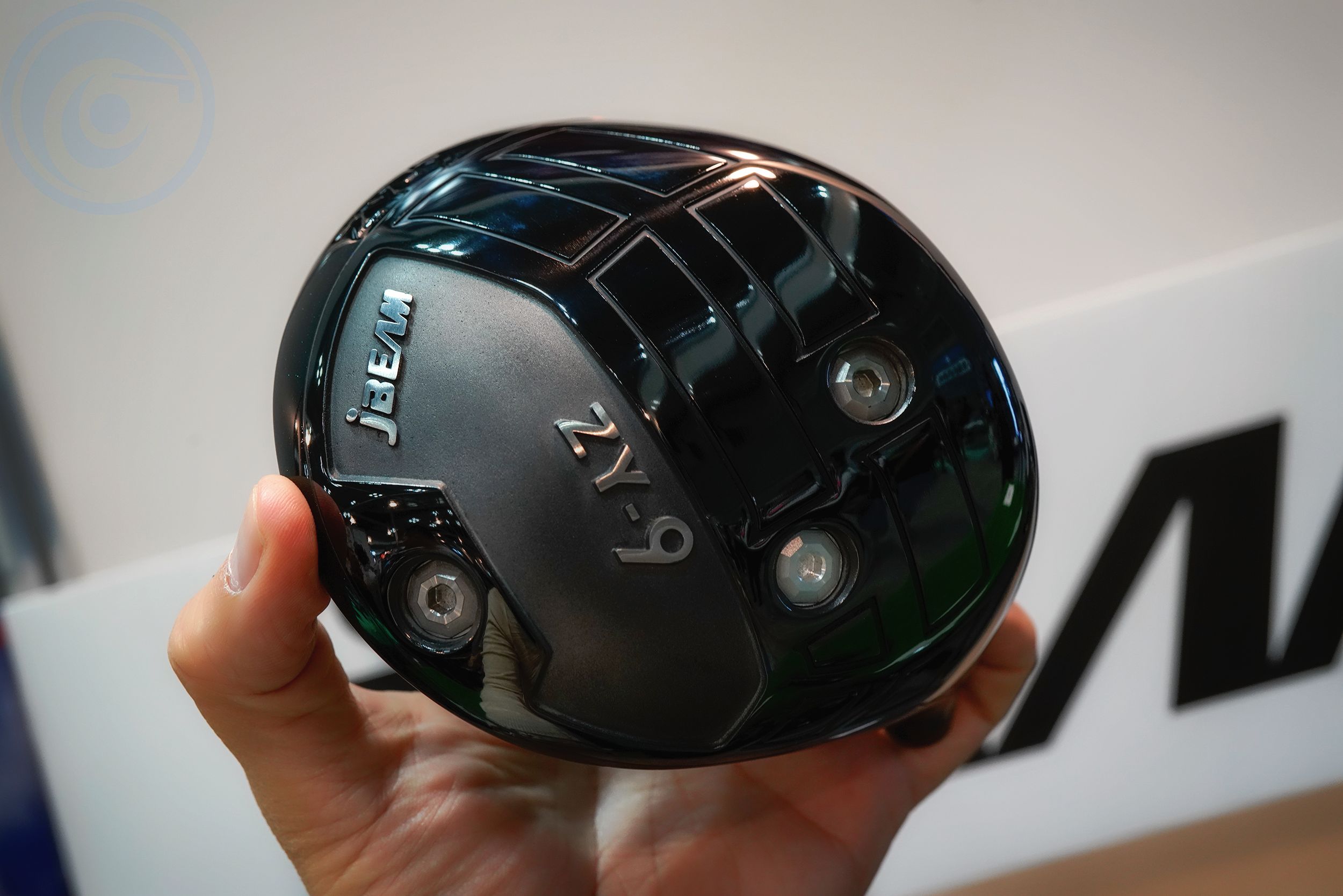 Another sneak peak for youis the reveal of a new ZY series driver coming the ZY-9 which is designed with a neutral bias yet can be easily tweaked to support a fade or draw with weights alone.  It features that triangular face shape the entire ZY series has always featured which makes it incredibly forgiving on misses low on the face while also giving the player more flexibility with tee height. 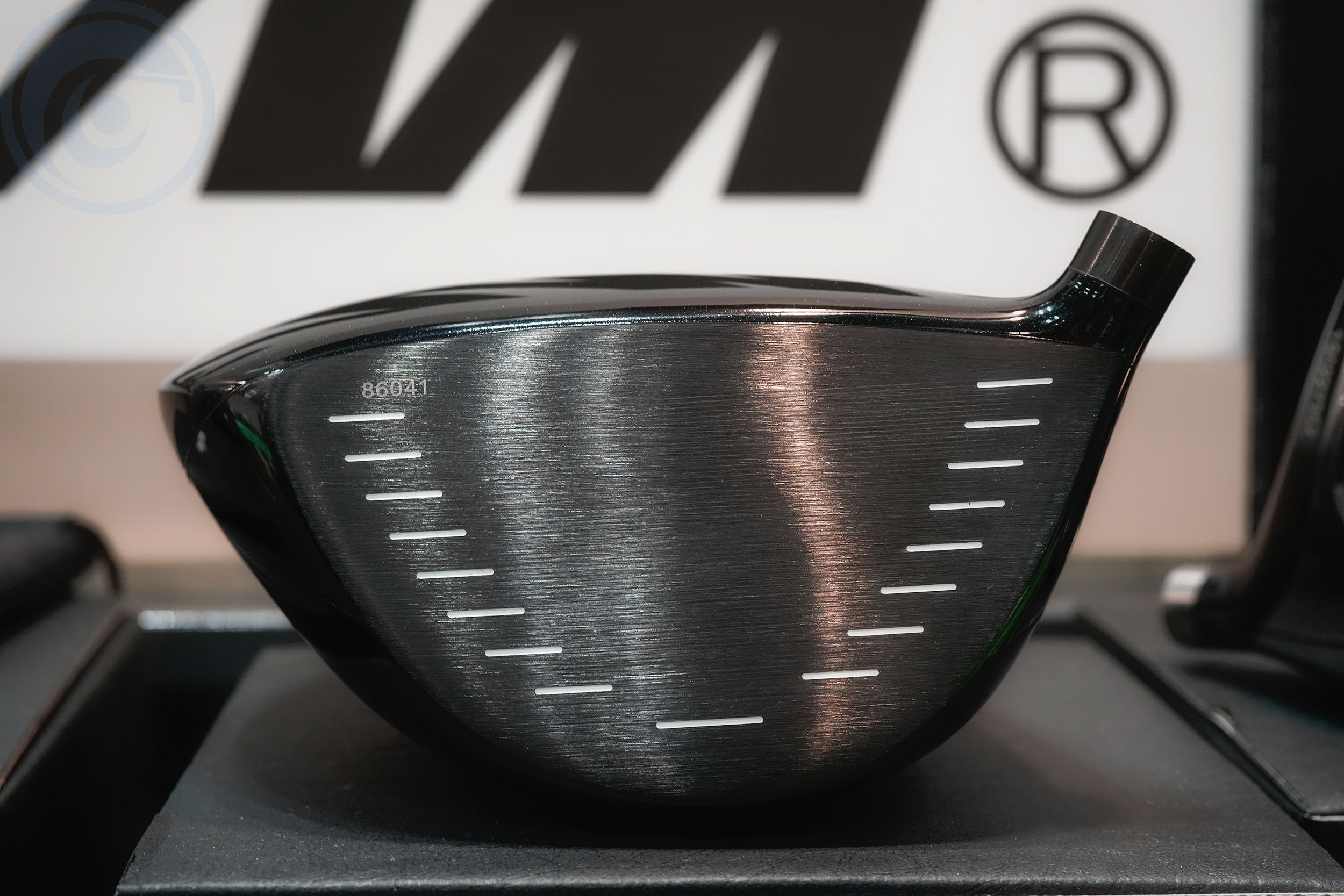 JBeam also had a new wedge prototype on display which has yet to have a name but regardless we wanted to show you guys it’s aggressive design. 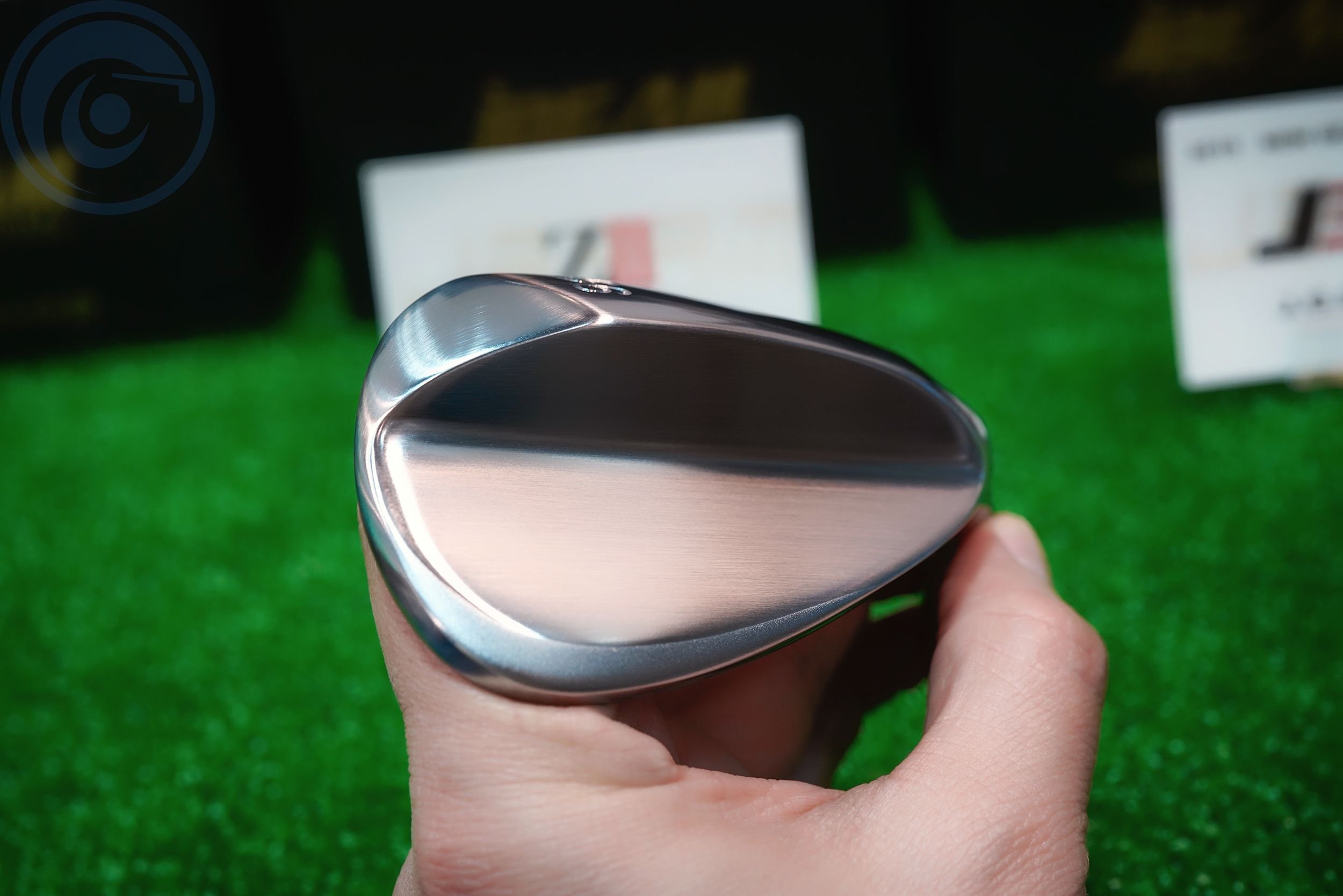