in Featured, Golf News
3.7k
VIEWS
Share on FacebookShare on TwitterShare via Whatsapp 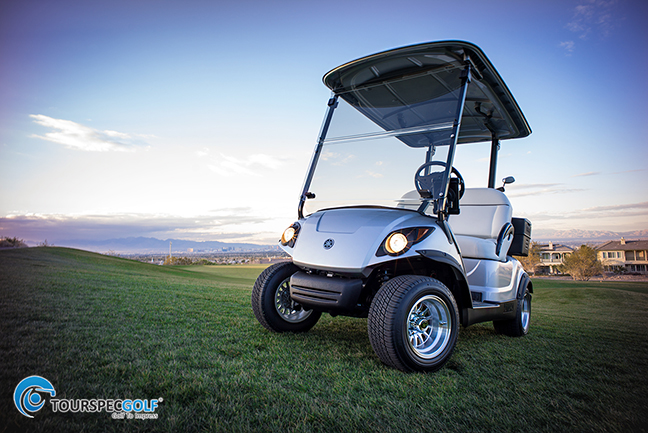 We are golfers,  some of us rent carts and for others who live in golf communities sometimes it makes more sense to purchase a golf cart.  The most well known cart brand is Club Car they produce reliable carts that stand up to weather better than most they also feel more solid than other brands in my opinion.  I normally wouldn’t second guess Club Car but being that TourSpecGolf supports Yamaha Japan Golf Gear I decided to drop Yamaha HQ an email and while there are no JDM exclusive Yamaha carts for personal purchase I was directed to the good folks at Yamaha USA.  I’ve seen Yamaha carts before,  they weren’t so pretty in the past,  they didn’t match up in speed or reliability or technology of the Club Cars but in 2013 that all changed with the Drive PTV and now Yamaha is in position to make a dent in club cars market share as today they have the superior technology and in my opinion look a hell of a lot better than a Club Car. 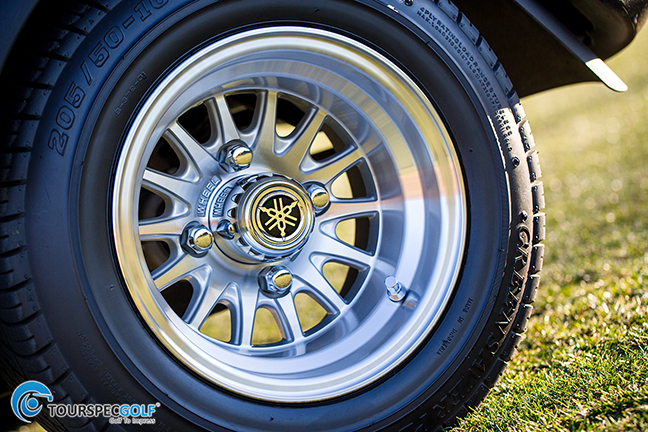 I took my time and spec’d out the cart carefully starting with silver paint, premium Yamaha wheels, fender flares and a carbon dash which is not a factory option.  Other options include the premium LED head and rear lights and turn signals on the left side of wheel like a normal car would have.  Many people often order some sort of stereo unit but being that it’s 2014 and no one uses CD’s anymore nor did I want a huge speaker system over my head I bolted one of those portable bluetooth speakers behind the seat sight unseen.  I usually use Pandora or itunes radio  to change the volume and track on either my cell or ipad mini which is mounted to the left of the steering wheel.  This has been awesome as it allows me to use  the $29.99 Golf GPS app to get a general idea of distances, keep score, but most important is to visually aid in course management, I also use the ipad to browse the TourSpecGolf Forums & ProShop :) 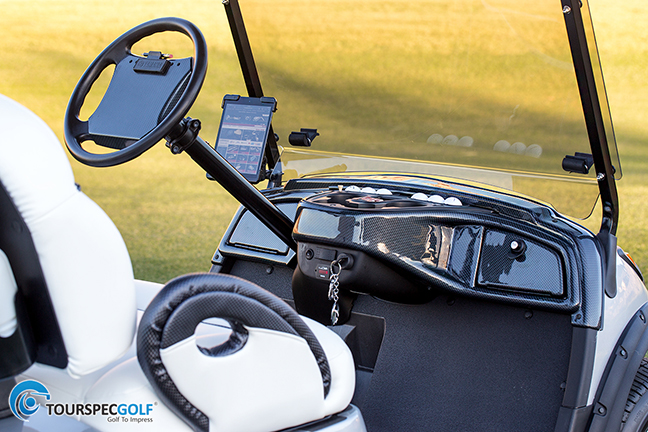 There was still something missing so I contacted Ultimate Golf Seats and purchased one of their premium benches,  they offer a wide variety of colors and materials at no upcharge so I thought white and carbon would go nicely.  Many would say doesn’t it get dirty being white and it hasn’t having this cart for nearly a year now and using it quite often.  The dash in the pic above also includes 2 lockable glove compartments  and under the seat a tray that holds balls, tee’s, gloves and all sorts of items It’s really a clean job Yamaha did with this cart.  I must say I’m impressed,  My father in law owns all the carts at a few golf courses and only uses club car but was blown away to see how the new Yamaha’s look in person. 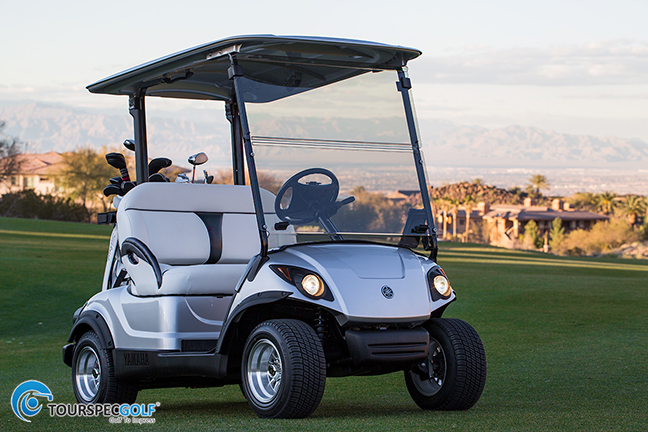 The PTV Drive I own is an electric model which was required by my community to keep the noise down.  There is also a gas version with EFI electronic fuel injection that equals the power of the top end Club Car but also offers 35mpg vs Club Cars 27mpg and eliminating the need for a choke.  The Electric version equals the top speed of Club Cars top model with a 19mph speed governor with it’s 48-volt motor and the optional speed kit and also features a fully independent front suspension, Talking comfort the Yamaha has the biggest seats and most occupant space in the industry. Finally there is the warranty The DRIVE comes with a 4-year limited warranty.  The Trojan batteries come with one of the industry’s best a limited 4-year or 1,000 round warranty. And if anything should go wrong—hey, you’re dealing with Yamaha. They’re going to make it right. 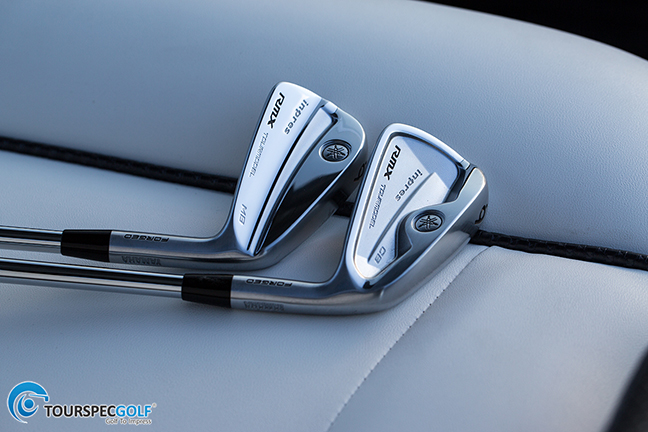