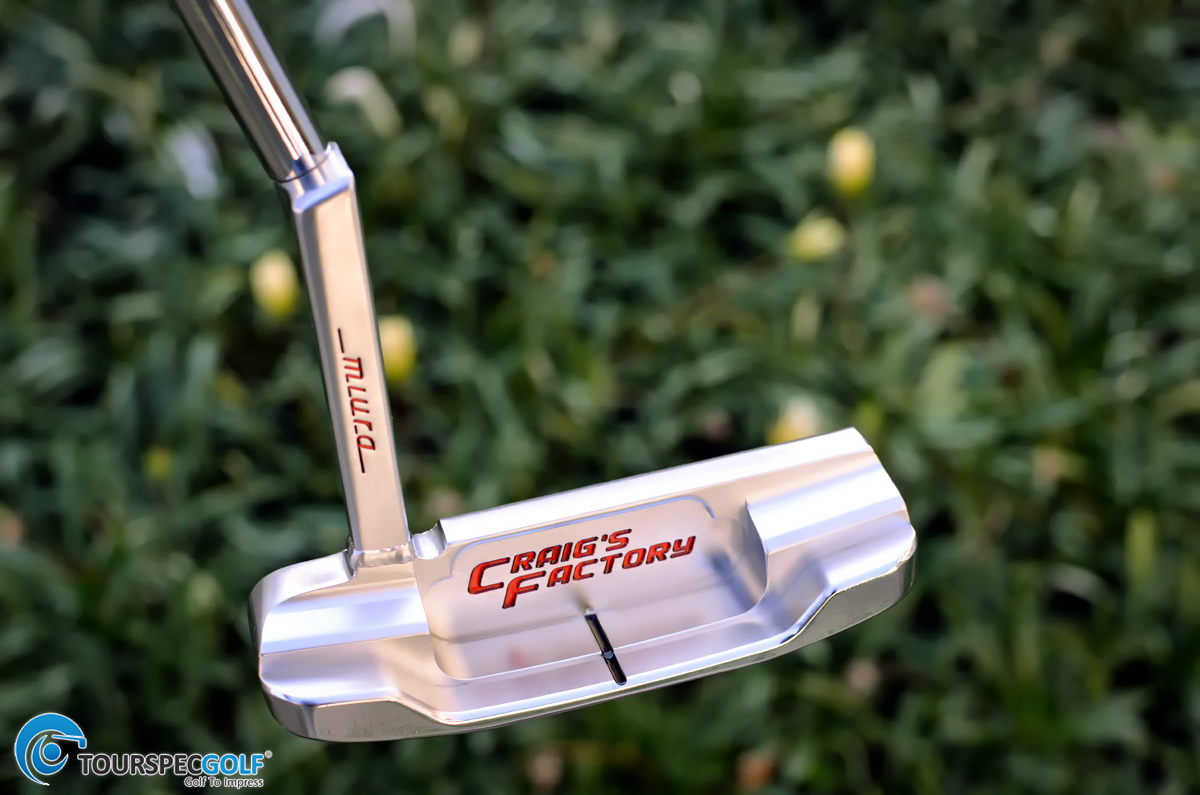 It all started with a used and abused Miura Giken Japan putter… One of our top clients sent in 9 or so pretty beat up putters and asked us to mod them to our vision one per month or so, with only 3 putters remaining and 6 completed already in the clients hands I decided to go all out and produce something “special” for him. This client is extremely discerning he wants things a particular way and with all the options we could pull from and a no concern for price it could have been very easy to produce a tacky overly optioned putter that he wouldn’t of liked.

Good news is he and I share similar tastes, first it must be a heavy head, second it’s gotta have class with an understated approach to it’s design. I started with a drawing then a design and sent it to the master “Masayuki Sasaya-san” of Gold’s Factory who worked on this putter personally as if it was a M.A.C series and while this putter is still in the air on it’s way to the clients hands I still feel nervous that there is something he won’t like about it as it is my design and vision completed by Gold’s Factory to appeal to another persons preference, I guess those nerves are a good thing. Follow the Jump for more pics and the complete breakdown of what was done… 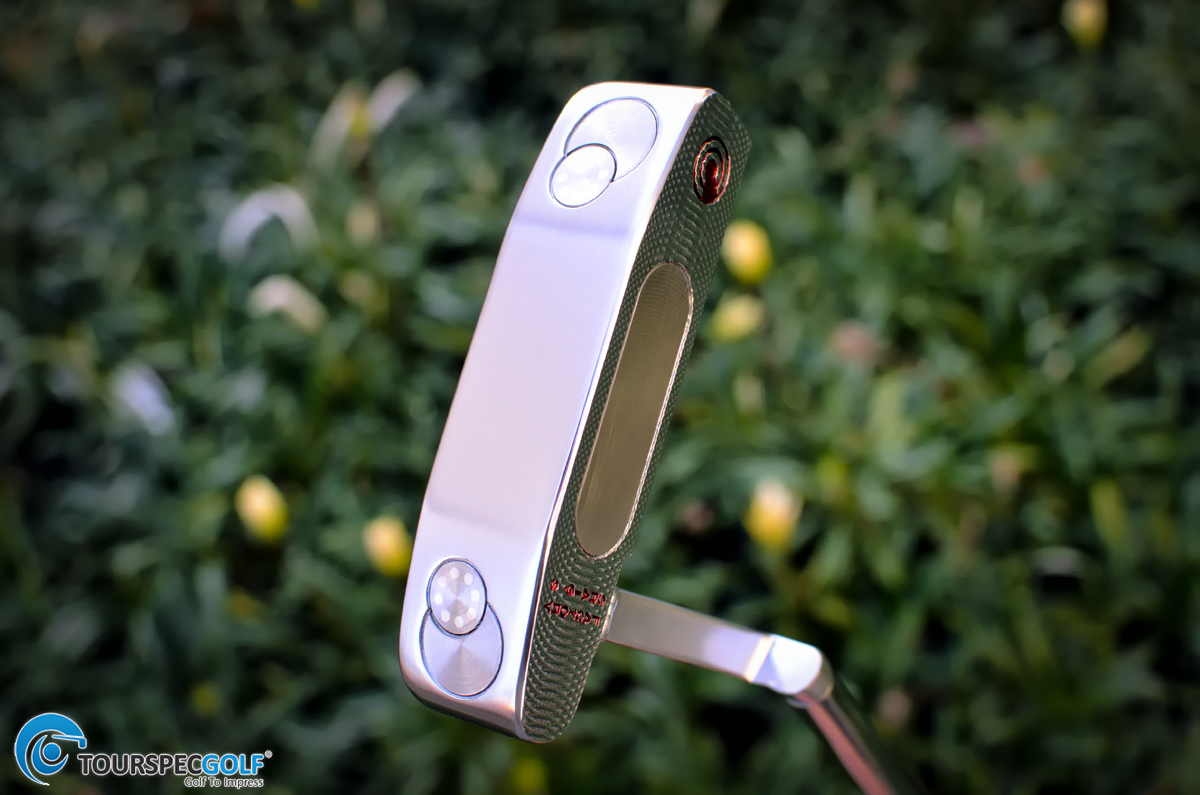 Looks pretty simple doesn’t it? Nothing too wild? Let me tell you this one was not a simple build and it cost a pretty penny in modifications alone. Let’s talk mods, below is a picture of how the putter arrived to Gold’s Factory, it was dinged up, rusting in some areas and worn in a good amount, somehow I needed to figure out a way to add some heft to it while still keeping it’s class, we went for overlap tungsten weighting on the sole with a nice touch of orichulum 12mm tungsten for the inner weight, subtle upgrade but I felt it added a little something, we needed 2 weights because a lot of weight was to be removed to get rid of the writing on the sole, re mill the face, engrave logos and the removal of a Miura Giken badge located in the back cavity not to mention cutting the neck down a serious amount. When the specs were checked before the work started this thing was warped the angle of the extra long neck, the loft, the specs were off and not from use but that’s how it was manufactured.

Each logo was made special for the client, Craig’s Factory is a play on the Gold’s Factory logo which I thought added a nice touch, on the heel of the face another play on what Scotty and GF use and then out on the toe a custom made reverse engraved CC logo for his initials. Reverse engraved.. another subtle upgrade that add’s an understated enhancement where instead of cutting out the dual C’s we cut around it so they would have the lighter custom PZ milling engraving on it.

Next up is where a good portion of the money was spent, in a “Japanese Kyoto made Damascus insert” and you may not notice but it was hand polished first then milled very lightly then hand polished again. All I can say is wow … This is the finest Miura putter ever made and I challenge anyone to make one to top this. 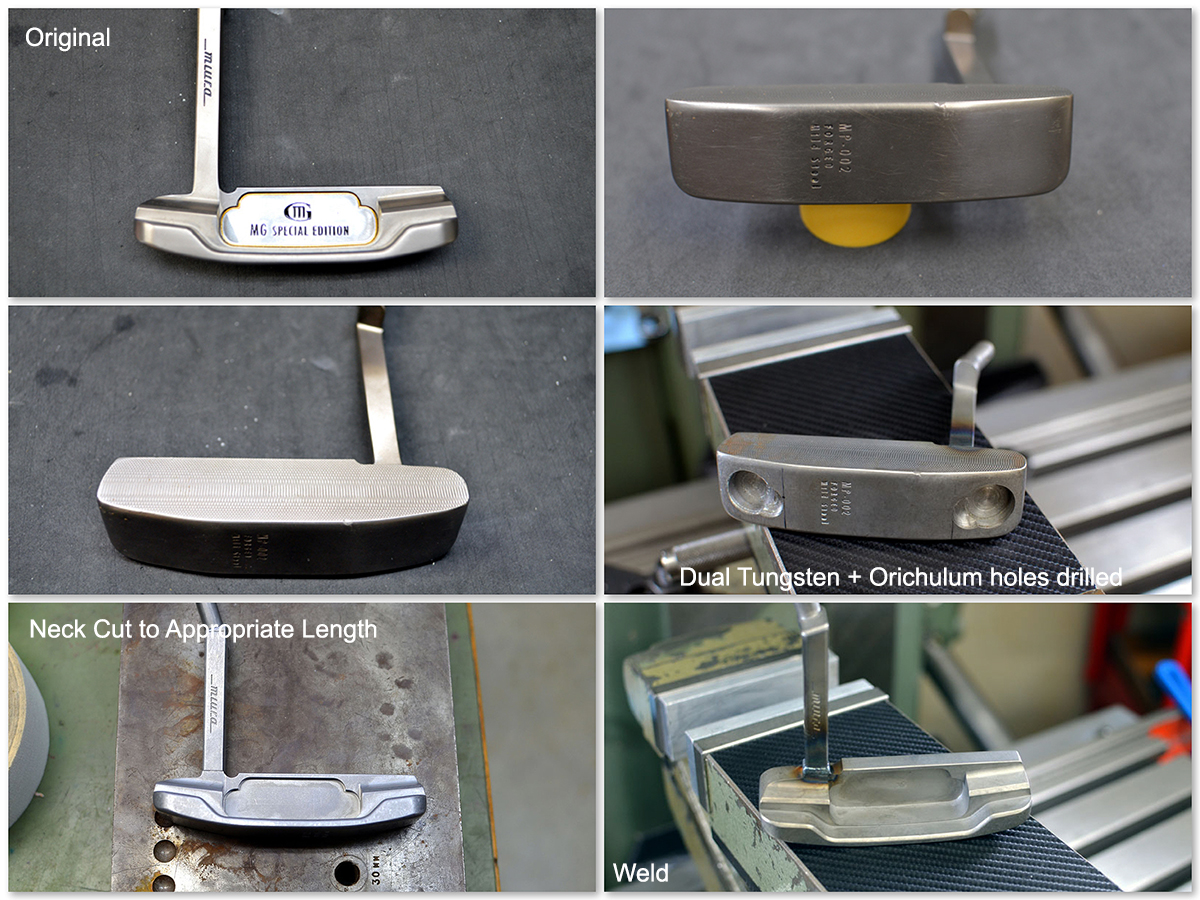 Now the specs are spot on but I would have liked to have made it reach 370 grams yet with all the removal of metal and starting with an already light weight head 360 was a big victory, this putter is made of mild carbon so it will feel soft the milling adds to that but really it’s the Damascus insert that will give it the most unique feel and the light milling on top of it only add’s to it. A copper under layer was added on top of a Japanese NiCR Satin Plated finish and the specs are now tuned to a 70* lie angle 3* loft measured from the sole, Face Angle: 6°open / Shaft Angle: 2°open. Those specs may mean little to some because manufactures measure in a more generic fashion so these numbers may seem odd but they are perfectly optimal like all Gold’s Factory putters. 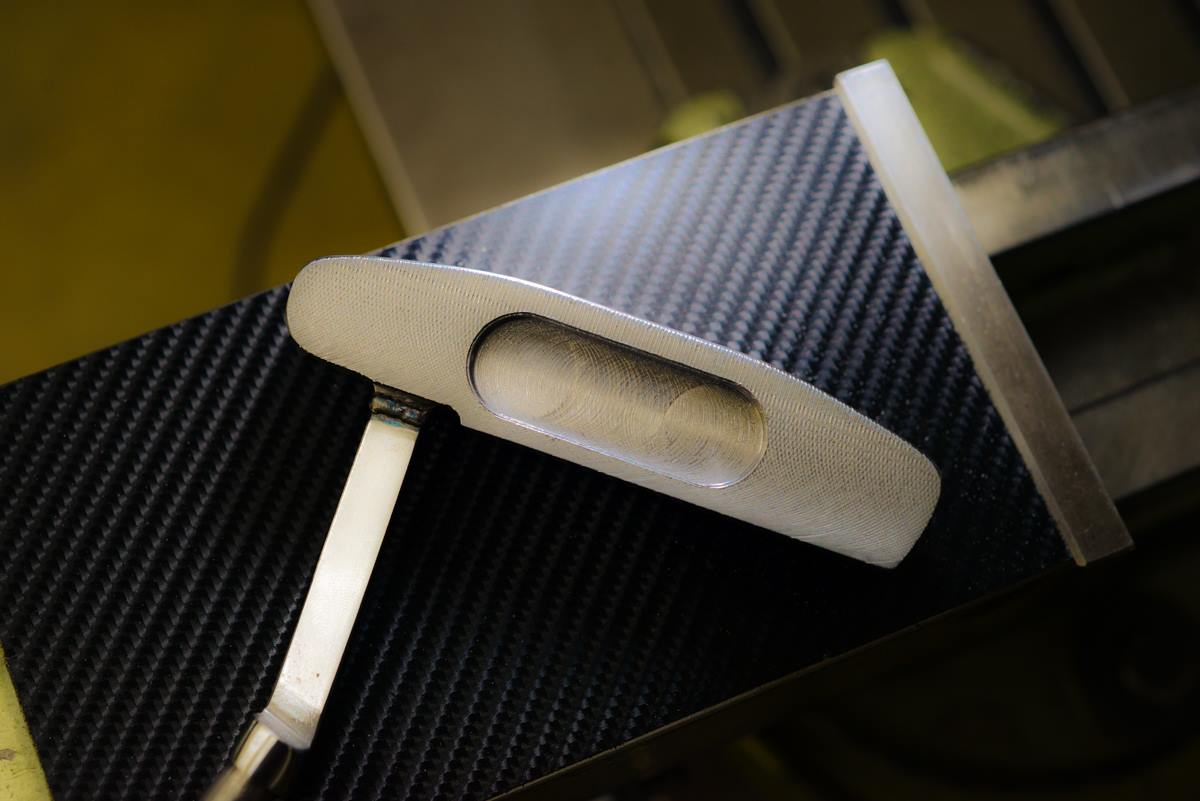 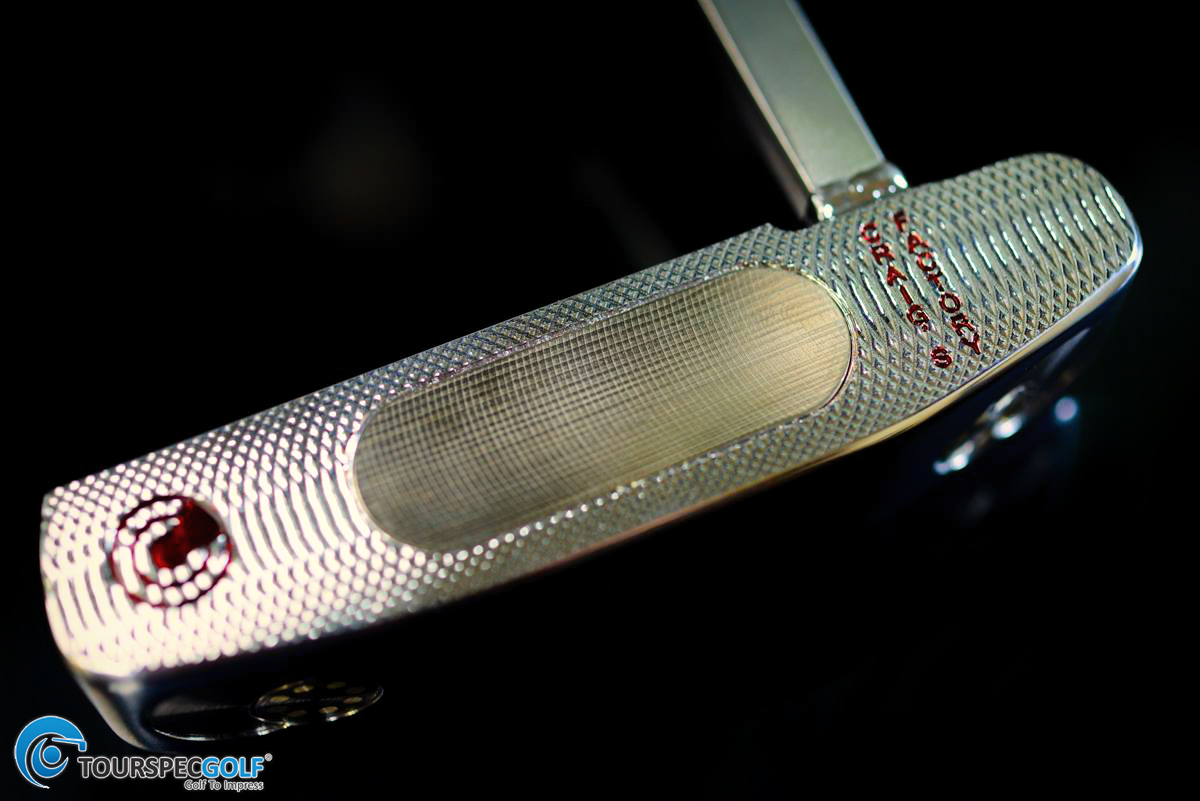