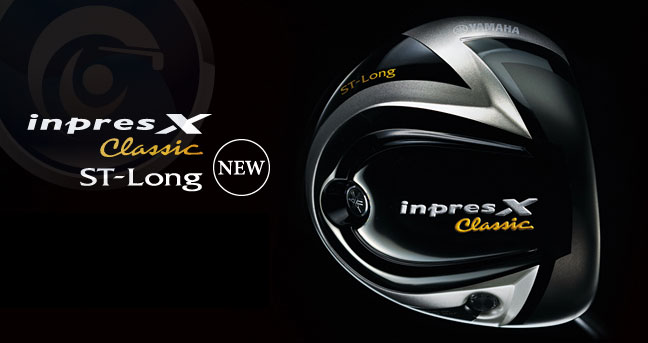 Distance is something we never give up searching for. We all know better, that its not distance that shoots a low score in golf but rather consistency, accuracy and yes putting that ball in the hole. But in the end distance sure can help make those approaches shorter and easier and who doesn’t like booming a drive straight down the fairway. So the quest for distance continues and while many brands have maxed out designs, tweaking all they can under the allowed COR and 460cc head size, some brands have looked at other ways to gain more yards.

In recent years longer length drivers have been all the craze. 46.5″ length drivers have become very common, with almost every brand in Japan offering some sort of long length driver around 46.5″ in previous years. Manufacturers have done studies with findings that apparently show for every extra inch in length and increase in swing speed of 1.6-2.0 m/s is possible. That means that by going from a 45″ driver to a 46.5″ driver, a player could theoretically increase their overall swing speed by 2.4 to 3.0 m/s or 5.5 to 6.8 mph. With all things equal and the ability to strike the sweet spot this can equal a gain of 10 to 15 yards. In comes Yamaha which already makes some of Japan’s best drivers in their Inpres X lineup. They had already released the Inpres X Classic line last year, aimed at older and slower swingers looking for a premium line of golf clubs with a focus on ease of use and distance. They turned a few heads last week when they announced a new ST-Long model of the Classic driver which is 47.5″ in length!

Yamaha’s Inpres X Classic driver is already a great performer (and pretty long itself at 46.25″), premium forged by Endo with a wonderful feeling ELF Titanium face and a shallow face and head, low spin design. Now tack on a 47.5″ finished length and the potential swing speed gains of 4.0 to 5.0 m/s or 9mph to 11.3 mph and we’re talking about the possibility of some real added distance. There are of course certain challenges when it comes to a longer driver. The first thing that pop into my mind is it won’t nearly be as easy to catch the sweet spot as a 45″ driver and secondly there must be some design issues with a club that long ie how would it affect swing weight and what kind of shaft will go with this head.

Yamaha didn’t just decide to make a 47.5″ driver without thinking it over. They did testing with over 100 amateur golfers over several months using a Yamaha Classic set up at 45″ and D0 versus the new ST-Long at 47.5″ and C3 swing weight. The longer length club resulted in an average gain of 3.6 m/s or just over 8.1 mph and a distance increase of 17 yards! Yamaha found that a lighter balance or swing weight actually benefited the longer club when it came to stability and its ability to hit the sweet spot. A head to heavy or too high a swing weight caused too much shaft movement during load and unload forcing players to rely much more on timing the release of the head which can be quite difficult at 47.5″. To counter too much flex and loss of control they also redesigned an entirely new Orbit shaft which has a stiffer butt section and a stiffer overall profile to reduce wobble and increase stability. Yamaha says the new design and setup allows the player just to swing naturally as they would a shorter length driver but with far better distance results.

Its certainly an interesting concept and theory and one I’d love to test especially as a player who is not comfortable with longer than 45.5″ lengths. I’ve gotten requests from players via email looking for custom builds of 47 to 48″ in length which always surprised me, but I guess this means there will be those players wanting more distance who will jump on this driver. I guess time will tell and lets hope Yamaha can get one out to us for testing. The new ST-Long will be released on June 4th so look for the pre order soon in the TSG Pro shop!