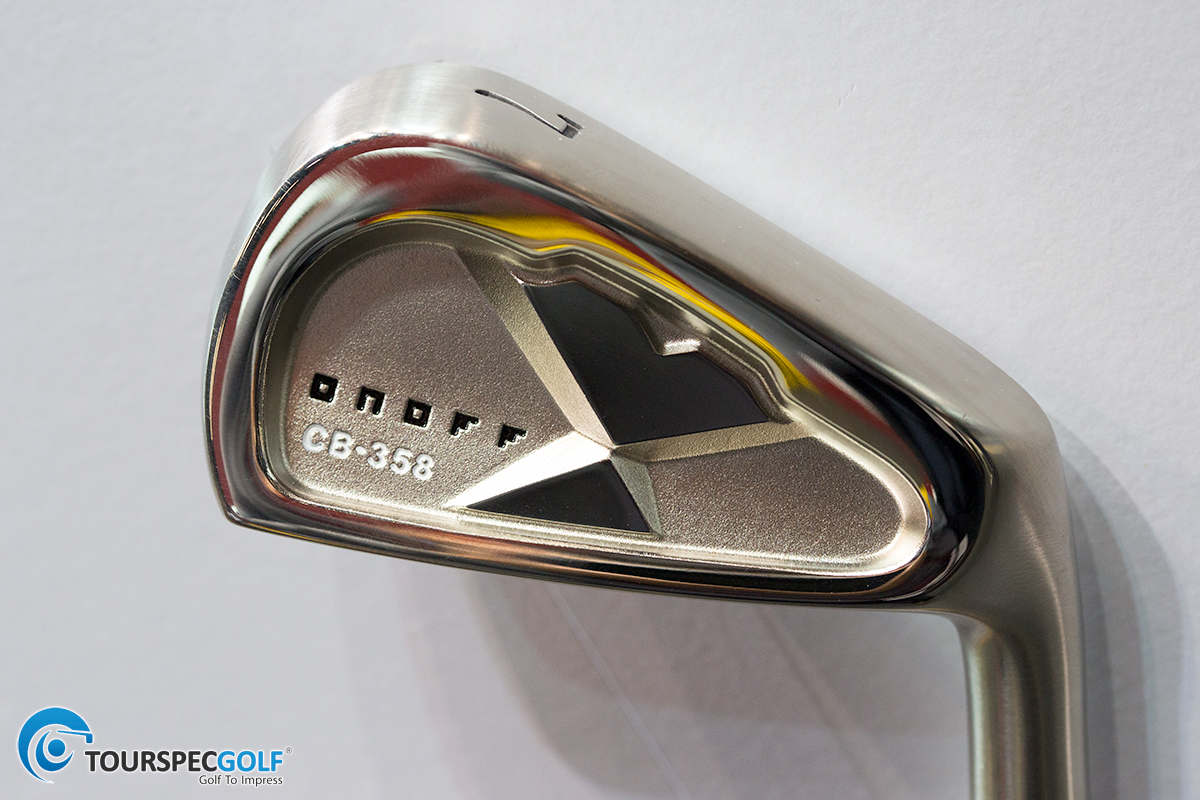 The ONOFF Forged Iron, One of TSG’s best performing and most popular cavity backs revamped in 2014 with a major overhaul this time positioning it to appeal to the player looking for a more compact presence and workability.  The previous 3 versions have all had stellar reviews in many areas from feel (Endo S20C) to forgiveness and distance.  The only thing some found lacking was workability and it appears ONOFF has addressed this with a very new yet familiar design. Shingo Katayama has been playing this iron in prototype form since the start of the JPGA golf season and variants from the previous season.  His input has influenced this latest rendition quite a bit.  Looking at the photo above you will first notice the iron has a very sharp toe.  Very different and cool looking something that we don’t see as extreme in any other brand.  The second major thing to notice is the laser etched face another feature that is exclusive to Endo technology. 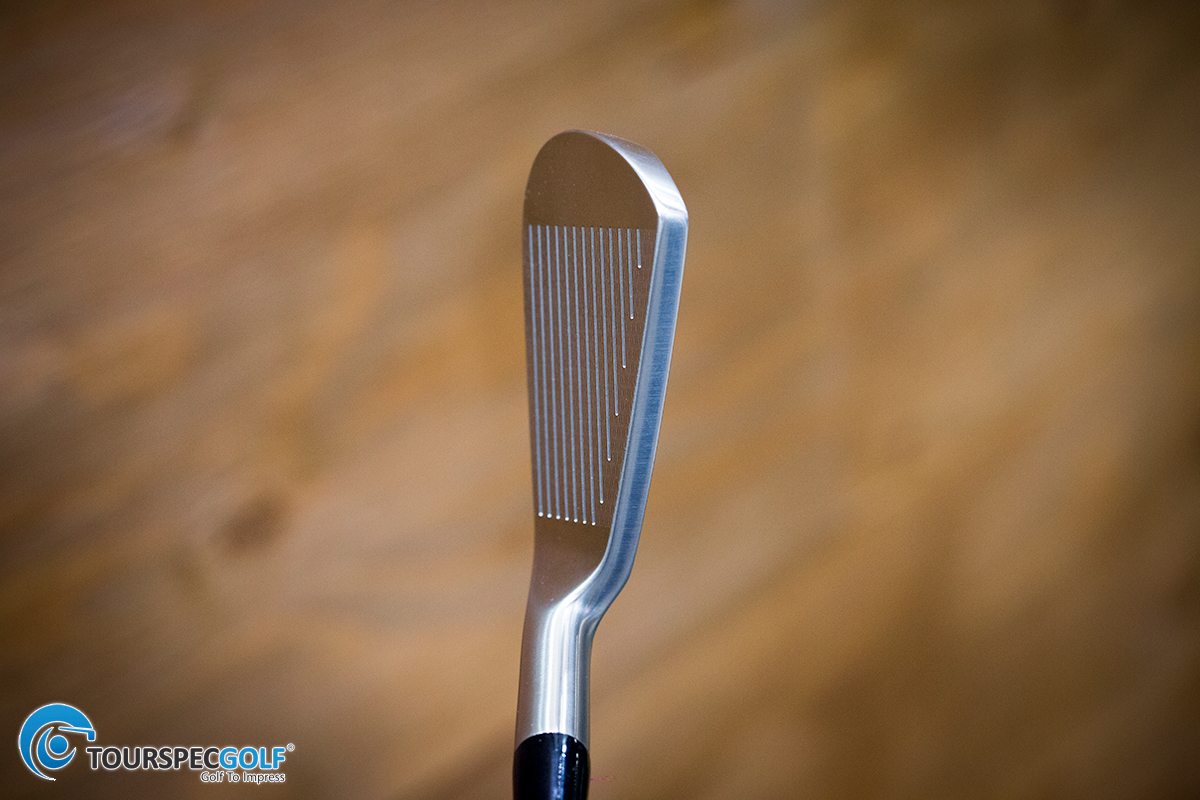 For those of you who have hit or seen the previous ONOFF Forged models you are probably drooling over the reduced offset and overall size of the iron in this top line image.  Surprisingly ONOFF also claims that the forgiveness is the same as well,  If this is truly the case we are all in for a treat as the predecessor of this iron was known as an extremely mid sized cavity back so keeping that the same but importing that performance into this more compact body the ONOFF Forged CB-358 now appeals to the compact CB player as well as the mid sized. The sole has also been revised it has a much more pronounced leading edge relief grind for people have a little more of a steep entry.  It’s also a lot shorter from heel to toe like all angles of this iron and more narrow or thin making it a stronger evolution in design that we have seen coming from the 2012 to 2013 versions of this club So there you have it our initial impressions on the new CB-358 ONOFF forged iron.  It is scheduled to release mid march and the TourSpecGolf will have pre orders up shortly so that our customers can secure as many as possible from the first production run.