With the holidays winding down in Japan its time to get back to more regular posting on the blog. We hope everyone is energized and recharged for the new golf season and better play and scores! Before we roll on to many of the new releases coming out for 2012, its time to look back at 2011 and recap what were the best selling and most popular clubs of the year.  Tourspecgolf probably sells the widest range of equipment of any store and that goes for even top Japanese based local outfits.  With many top end premium boutique brands, to famous mainstream brands to smaller budget brands, there is something for every playing level and budget.  Many demanding golf enthusiasts shop here and what they buy is very reflective of what is not only the most popular but also what is top performing. We should always keep in mind though,  not every club is for every golfer.  We are all different in swing styles and handicaps and finding the right fit doesn’t always mean simply buying what is most popular. Its about finding the right fit for each individual. That said, today I will look at the best selling and most popular woods of 2011. I guess you could say these models had the most success fitting the games of most enthusiasts. 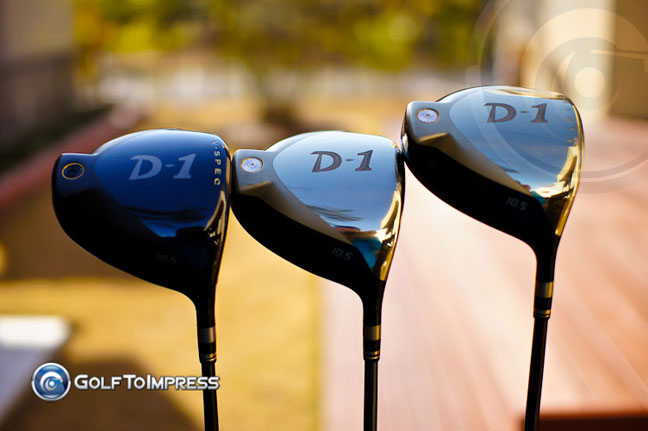 I have never seen a driver receive as much attention and sell as well as the Ryoma drivers in 2011. When we first began assessing the Ryoma D-1 late 2010 and deciding whether we should carry them, admittedly we were a big scared off by the big price tag.  However our fear was premature. After we introduced the driver in January, sales and demand of the D-1 took off and continued to be the best selling driver we have had every single month up to now. Not only has it been our best selling driver, it has nearly outsold all our other drivers COMBINED. The Ryoma paired with the right shaft has turned out to be one of the most forgiving and best distance drivers ever to come out of Japan. For most of the year, Ryoma carried 3 models, the standard D-1, D-1 Vspec and D-1 Premia all fitting different types of golfers but all equally popular. It turns out people are willing to pay if a driver performs. Towards the end of the year Ryoma announced a Special Tuning Hi COR (non conforming .88 head) which we are all still waiting for. If Ryoma dropped the ball anywhere its for this model and announcing it too early and requiring them to be reserved. With such huge demand we along with quite a few customers haven’t exactly been thrilled that its release has been delayed. Alas good news could be shining upon us with a January release of this elusive Special Tuning driver. Now we all just need it to live up to the hype of 10-20 extra yards! 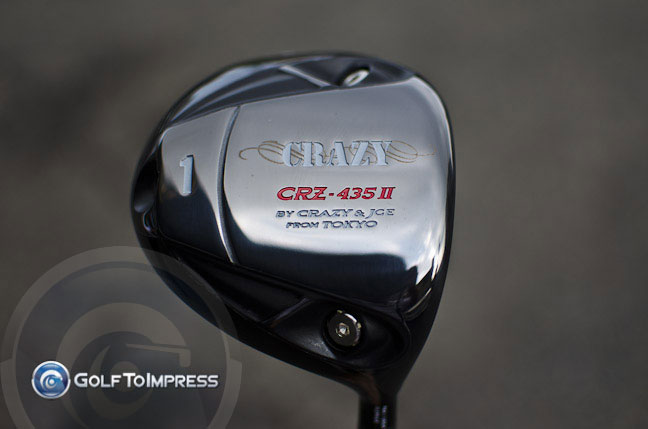 A distant second behind Ryoma but still with a very strong showing were drivers from premium shaft company Crazy. Consistent sales of their CRZ435 (last years reigning distance champ for the better player) and their newly introduced 2011 models, the CRZ-460 and CRZ-435II. This marks the first time for TSG that the top two driver lines sold came from two smaller premium boutique style brands. Its these brands who cater to the hard core and have no boundries when it comes to materials and manufacturing. Crazy shafts and heads are designed by the enthusiast for the enthusiast. Their leap into second place was fueled by a strong showing towards the end of the year for the CRZ-460 (thanks to its pairing with the Royal Decoration shaft) and the CRZ-435II, two very different drivers aimed at opposite ends of the spectrum.  The CRZ-460 the higher launching, more forgiving head vs the lower launching , low spinning and very stable CRZ-435II for the better player. We’re very exited about what might be up Crazy’s sleeves for 2012.

While Ryoma and Crazy dominated the enthusiast market in 2011, Epon did not go down without a fight, their drivers came a solid 3rd with the AF-102 and AF-152 leading the way. Many if not most will still tell you that Epon drivers are the best feeling of any driver in golf due to their premium Endo forged faces. That said, its no surprise that the list follows with drivers from Yamaha and Tourstage all utilizing forged faces from the big E. 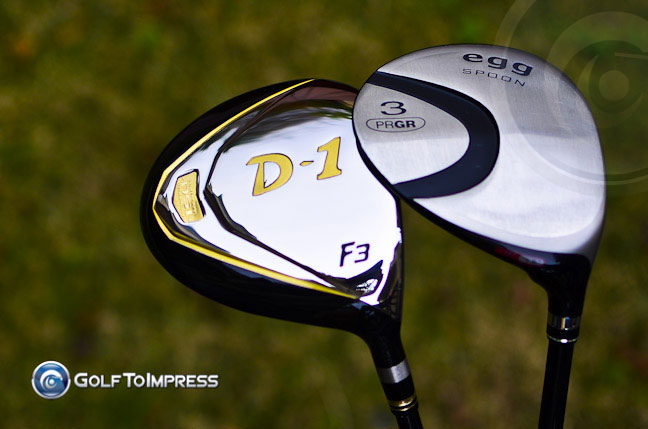 The PRGR egg Spoon has pretty much been the best selling fairway wood since late 2009. Publications in Japan and user reviews have always ranked it as the leading fairway wood for distance and forgiveness. I have always had a Spoon in my bag since its release in 2009 and my current 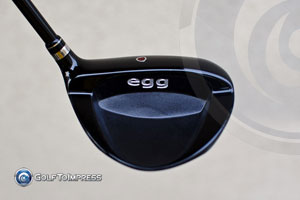 bag is no exception as the 2011 model has a firm place in my rotation (though the Ryoma F3 looms). The 2011 improved on the original first generation egg Spoon’s looks and feel and sound though it went with an even shallower face. If there were any negatives to pick at many have commented that the shallow face makes teeing off a tad more scary since the ball needs to be tee’d very low to avoid any ugly sky marking action. However for most owners, the egg Spoon is that dream club that hits the ball nearly as long as a driver and helps mere mortals reach par 5s in 2.

While the egg Spoon owned most of 2011 when it came to popularity and sales. Ryoma’s release of a 0.82 COR D-1 F Fairway wood created quite a stir in November and December of 2011 by pretty much pushing the egg aside and taking the sales crown for those months and nearly catching the egg in total 2011 sales. The Ryomas are big and made like mini Ryoma drivers with an unheard of 60g of weight in the back of its monocoque (unibody/one piece) head. A forged Ti face with Cor as high as drivers was hyped by Ryoma as outdistancing other fairway woods by 15-20 yards. They may very well be the longest fairway wood out there now and even longer and maybe more forgiving than the egg spoon. I have my review coming up later this week so I’ll go into more detail there on how they perform.

There were no shortage of good fairway woods in 2011 and we also saw the Royal Collection TRC woods do very well especially among the better player preferring a more compact head and square face angle. The more traditional look and feel along with a stable trajectory was favored by faster swingers and lower handicappers looking for control as well as distance. Another very popular fairway wood was Geotech’s GT N SWS did very well thanks to awesome performance and a very attractive price tag. 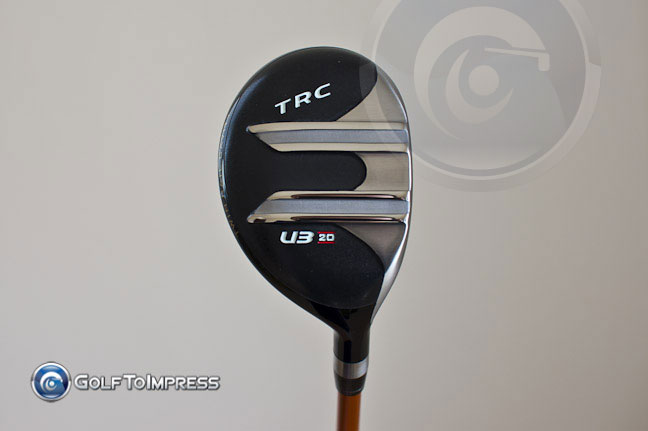 Not only was it chosen utility of the year in Japan, TSG users seemed to embrace the TRC thanks to its wood like appearance and distance but iron like versatility. The Twin Rail Cavity sole for which it is named after excels in all lies and simply makes this utility perform. It feels great, is reasonably forgiving and has both good distance and control. The face is reasonably deep as well which makes it awesome for teeing off.  After becoming utility of the year and with its every popular sales, I decided to write a second take on the TRC back in September here. 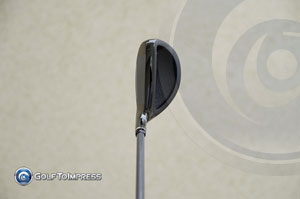 While the TRC was the dominant utility club, quite a few users began flocking towards the PRGR egg i+ utility towards the latter part of the year. Much of this was thanks to a lot of positive feedback from existing egg i+ owners who proclaimed the club as probably the longest and easiest utility on the market today. Its unique maraging construction and iron like setup make this truly a hybrid type club for any situation. I have been gaming one in the last 3 months and it has been my “save me club” many a round. For more average golfers who need an easy to hit utility with max distance, there are not many who can match the egg. Even better players have embraced it thanks to an iron like profile.

Tomorrow I will take a look at the best selling irons, wedges, putters and shafts of 2011 so stay tuned!

Preparing for a new season – training and health

Preparing for a new season - training and health