The original Titliest VG3 Forged iron which was announced and released in 2010 was one consistently one of the best selling irons in Japan during every month of its shelf life. So when Titleist announced the new VG3 Forged iron for 2012, it has some pretty big shoes to fill and we all wondered what changes we would see. 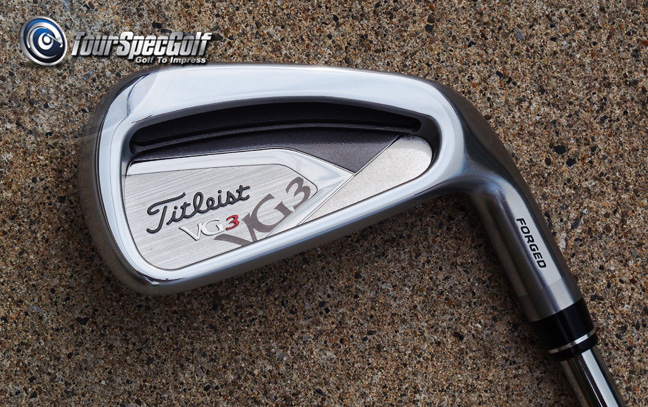 Like the original model, the Japanese Market only new VG3 Forged irons are aimed at the average golfer and improving mid capper. The strong lofts (24* 5 iron) matched with low CG in the form of tungsten weights in the sole create a higher launch and more MOI. The VG3 features variable placement for the tungsten weights on the sole depending on the iron just like on the driver. The different weight placement varies the launch between different irons depending on that iron. This concept is the same as the original model. I have been lucky enough to have both irons on hand for the last month to do a side by side comparison. 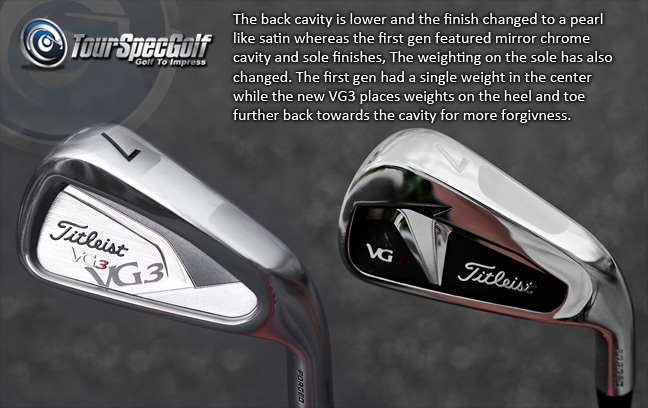 Size wise, there is not much separating both generations of VG3 irons, they share a similar shape and size, what appears to be the same amount of offset and top line thickness. What is noticeably different right away is the design aesthetics and finish of both irons. The new model is cleaner looking and gone is the dark black cavity in favor of a brushed steel look with grey accents. Another change is the finish of the new VG3 iron which is now a very nice pearl like satin whereas the previous model was mirror chrome on the sole and back cavity. The New VG3 utilizes a slightly different variable weighting system, with tungsten weights on the long and mid irons placed further back towards the cavity to increase MOI and launch. As you can see in the image I took above of the 7 irons, the new model has two weights pushed towards the heel and toe and further back vs the single weight in the 1st gen (only the 4 and 5 irons in the first gen had heel toe weighting). 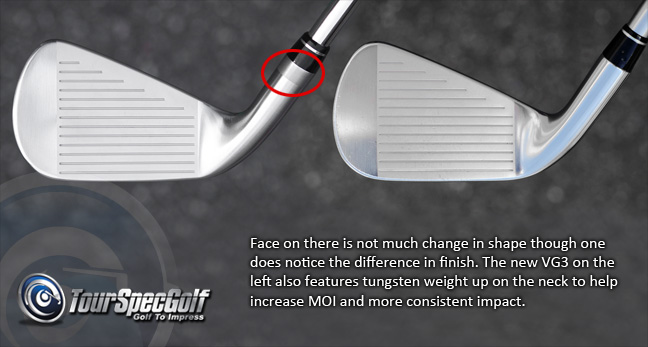 The New VG3 also features weighting in the neck of the iron and this combined with the weights in the sole increase the irons ability to square up to the ball and create higher ball speeds equaling more distance. You can see the weight in the face on shot above. Shape wise both irons are very similar with a reasonably straight top line and taller toe. Again you see that milky white pearl satin like finish on the new model on the left. While the original VG3 is mirror chrome on the sole and back cavity its face is satin but just a standard brushed satin finish. 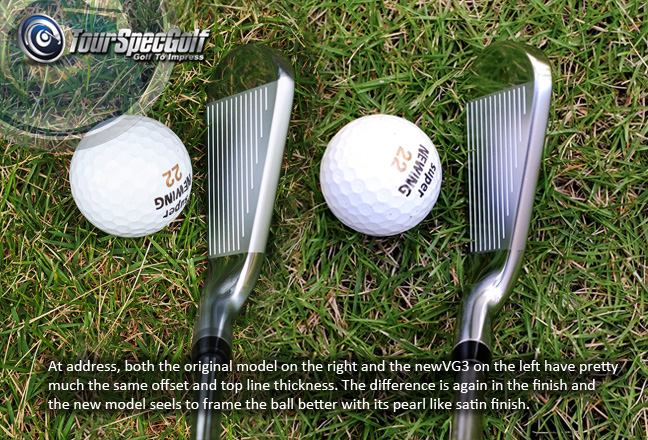 At address, you see how both irons are pretty much the same when it comes to offset, top line and even heel to toe length/face area. The more prominent contrast of the face and scorelines in the new model on the left seem to help frame the ball better. So with these design changes as well as visual changes, the most important thing is how does the new VG3 Forged feel and perform? The original model was specially designed for the Japanese market and the average golfer and mid capper in mind looking for ease of use and forgiveness. It however turned out to be very popular among players of all levels, as it was good enough for the demanding lower handicapper who wanted some forgivness as well as easy enough to play for the improving higher handicapper. This is one of the reasons why it sold so well. 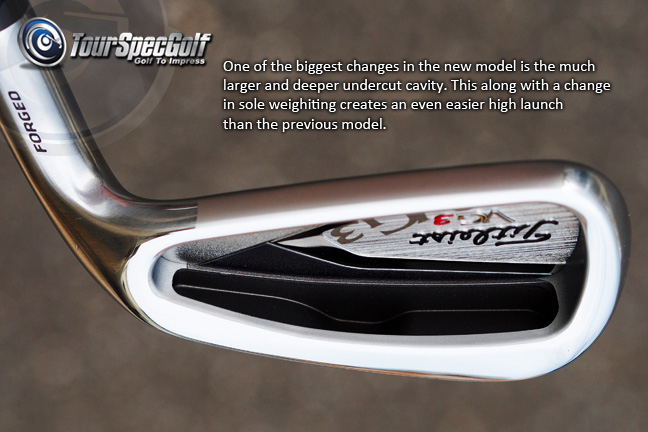 I am happy to say that the new VG3 iron falls in the same mould and takes it a step further with its design changes. The premium Endo forged iron feels great at impact, just as good if not better than the previous model. Its undercut which is deeper and larger than the original does not impact the irons good feel in any negative way but does help increase forgiveness and coupled with the new weighting, really helps launch the ball. With the CG positioned lower thanks to all these changes, the sweet spot is easier to strike consistently and its simply bigger than the previous model. With its strong lofts, distance is superb and as good as most distance oriented irons out there but with better feel and in a smaller package. The VG3 is not a compact cavity back nor is it a big in anyway. While some found it small but with a thicker top line, I think Titleist struck the right balance in size and shape that equal balanced performance and feel. It does everything well while looking good and feeling good and has to be one of the most well rounded irons out there today.

Its balanced performance is one of the reasons why demand for the irons is again very high and those who pre ordered are very lucky to have a set as its currently a several week wait for a set and a month at least for custom orders. The VG3 is also seeing play on the Japanese tour for both senior mens Japan Tour and ladies on the JLPGA which are both very reflective of the mainstream market and what works for the largest average golfer audience. I still have a set of the original VG3 Forged which is actually my second set. After I let the first set go I regretted it and got another set which I custom shafted with Roddio Pentacross I:6 shafts. However after trying the new VG3 Forged I have to admit I’ve place my order for the new model as they simply taken the VG3 to new level of performance (plus they look better in my opinion).  You can find the new VG3 Forged here in the Pro shop and a discussion thread on the new VG3 here in the forum!

Epon Irons – Which is your favorite?