in Shafts
1.2k
VIEWS
Share on FacebookShare on TwitterShare via Whatsapp 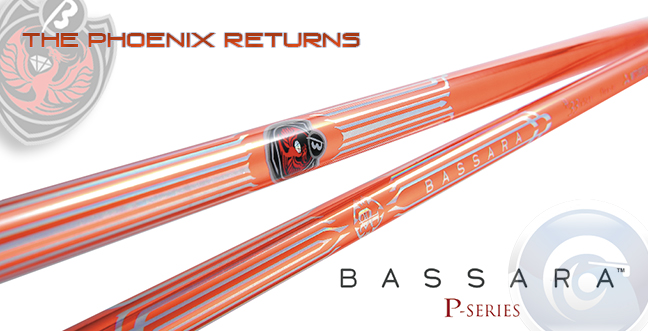 This spring Mitsubishi Rayon is releasing the successor to it’s popular Bassara series shafts.  It’s the P-Series and is designed for pretty much the same player as the previous version except with some technology improvements and specification adjustments.  First off let me just say this thing is attractive,  metallic looking ion plating always gets me and on top of this vivid colored orange reminiscent of the Phoenix bird of fire it’s got my attention.

So what’s new here?  First of all it’s been 3 years since the original G & W series Bassara shafts were released,  originally designed for big distance while maintaining stability they went with a lighter weight and more kick while preventing shaft deformation.  The new P-Series takes things a step further most notably with a new technology called “Elastic Titanium Fiber” in a nut shell it further prevents shaft deformation by properly recovering the shaft to it’s original shape.  Mitsubishi claims that the new Bassara P-Series compared to other lightweight shafts energy transfer is stronger and ball velocity is up 0.4 meters per second with an increase of about 4yds total on a drive based on swing robot testing using a 42 ms swing speed setting.

Comparing Specs between the old version and the new a few pleasant yet subtle adjustments have been made,  not only is this shaft tighter but it’s also a little heavier with less torque.  This makes it a viable option for players who are more athletic seeking more distance through a lighter shaft.  For example the the “Tour Stiff” P53 comes in at 59 grams with 4.3 torque.