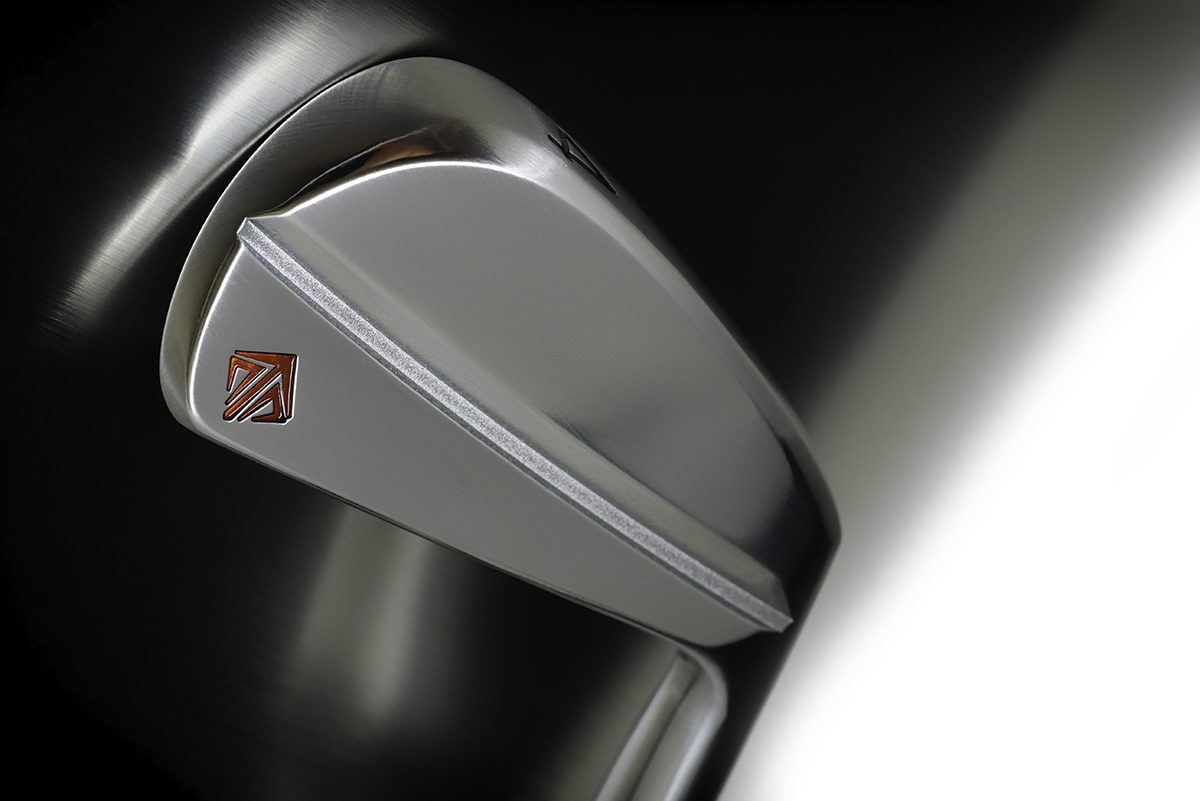 Prototype is a word thrown around too easily in the golf industry,  companies are labelling products prototypes that are nothing of the sort.  From Wiki : A prototype is an early sample, model, or release of a product built to test a concept or process or to act as a thing to be replicated or learned from.  Many hate to admit it but the word has at the very least peaked their interest on multiple occasions but how many of us actually have the chance to play “real” prototypes I’m talking only a few made as a brand is evolving a concept into a retail release?  My guess is not many.

Here is your chance,  this is a one of a kind set of S15C Forged hand ground 100% Japan made (of course) Seven Blades 4-AW  brand new a one of one concept.  It’s special,  it’s rare and its a “real prototype” click read more to continue… The concept was a collaboration with one of TSG’s popular forum members Chiromikey a very skilled golfer I was having a conversation with one day and offered to work on something fun together his suggestion was a blade with strong lofts with a gap wedge using the same head mold as the irons 4-AW instead of 3-PW as most blades are sold.

They are hand ground with a slit cavity that was CNC milled below the muscle made with extremely thin top lines and very little offset as you can see in the image below,  in this blog post we will show you the #4 iron from all angles then the #8 and finally the AW.  The shorter irons have a cut away closer to the toe section we did this to keep the head balanced and the CG location as close to center as possible. 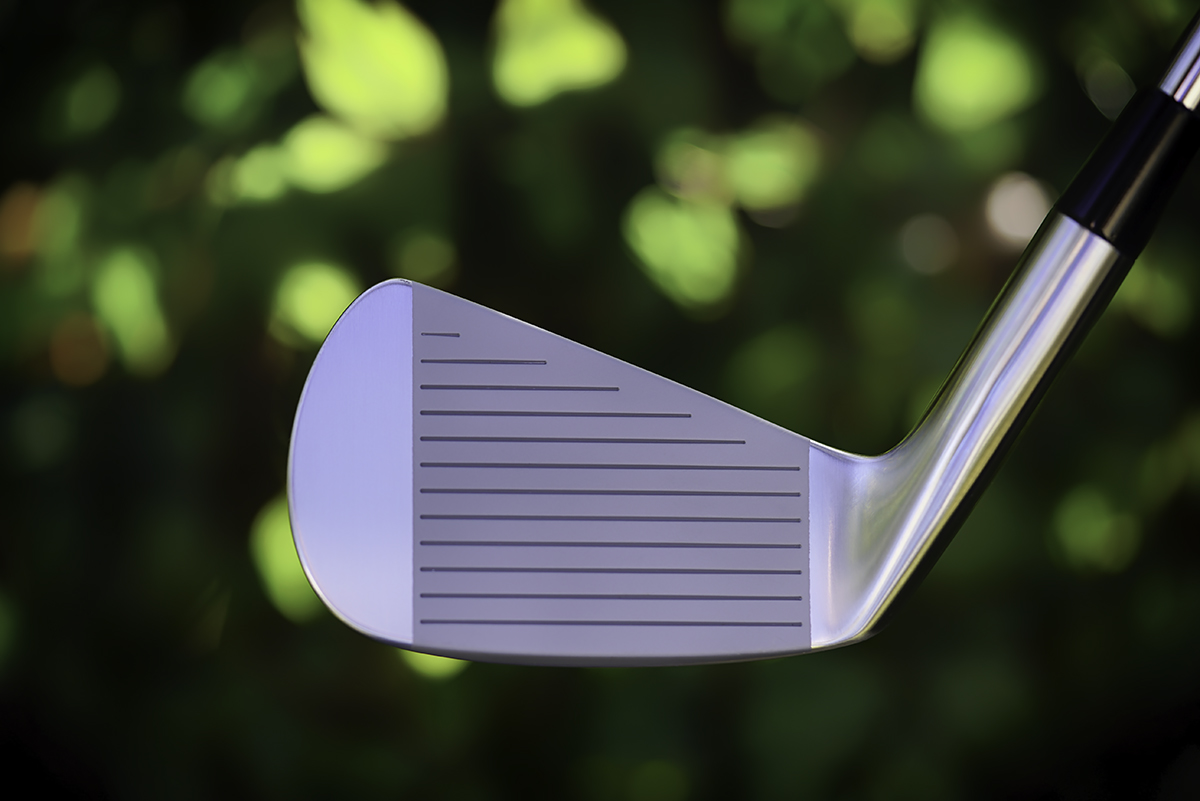 Nice shape as seen above while below the #4 irons is very thin and easy to sweep off the ground. 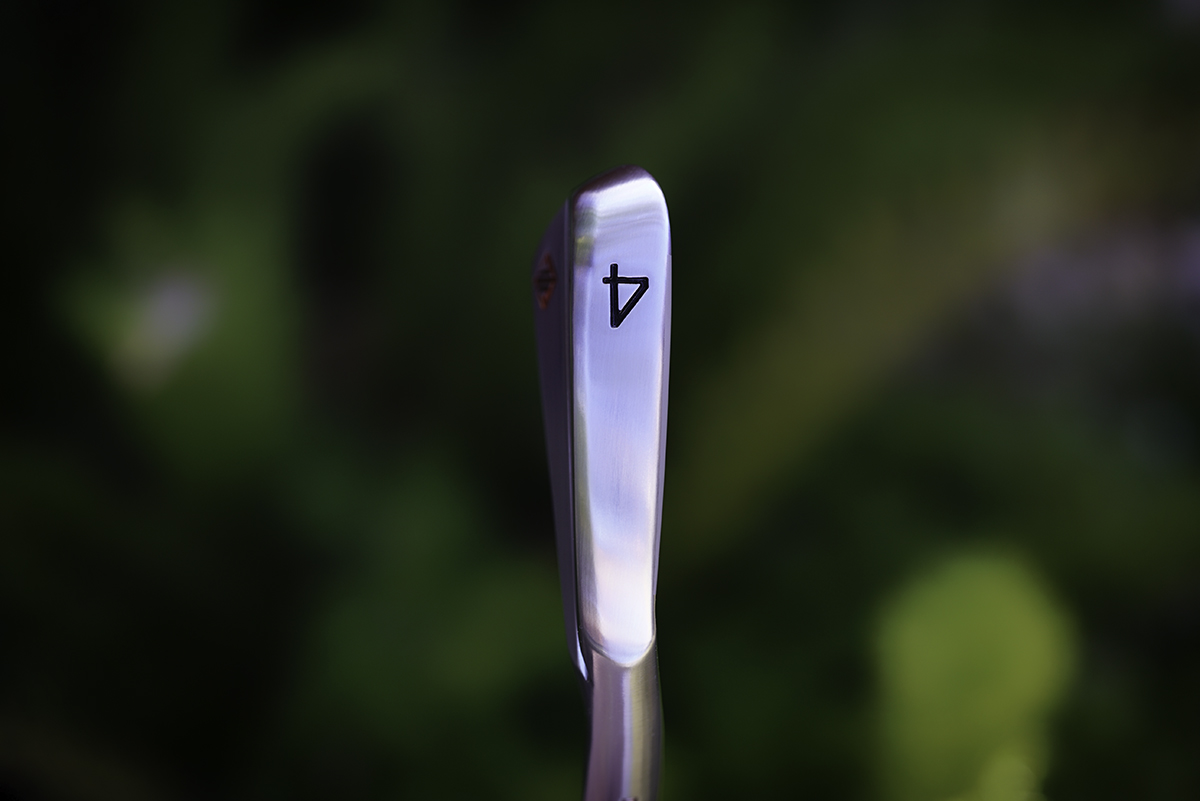 All irons from long to short have a trailing edge grind it’s more looks in the long irons while in the short it allows the player a little room to open it up.

Below a look at the #8 iron as you can see it features a toe cutaway. 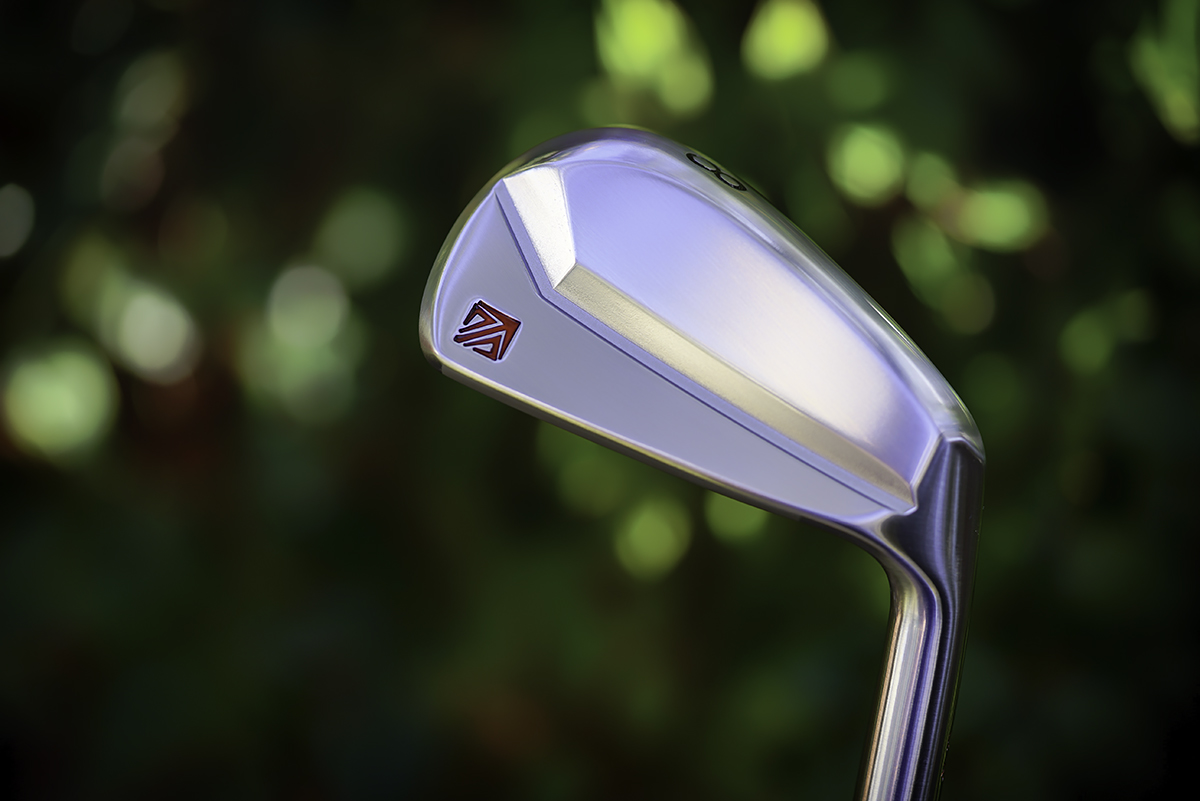 All irons have whats called a double cut sole grind meaning both the leading and trail edge have relief. 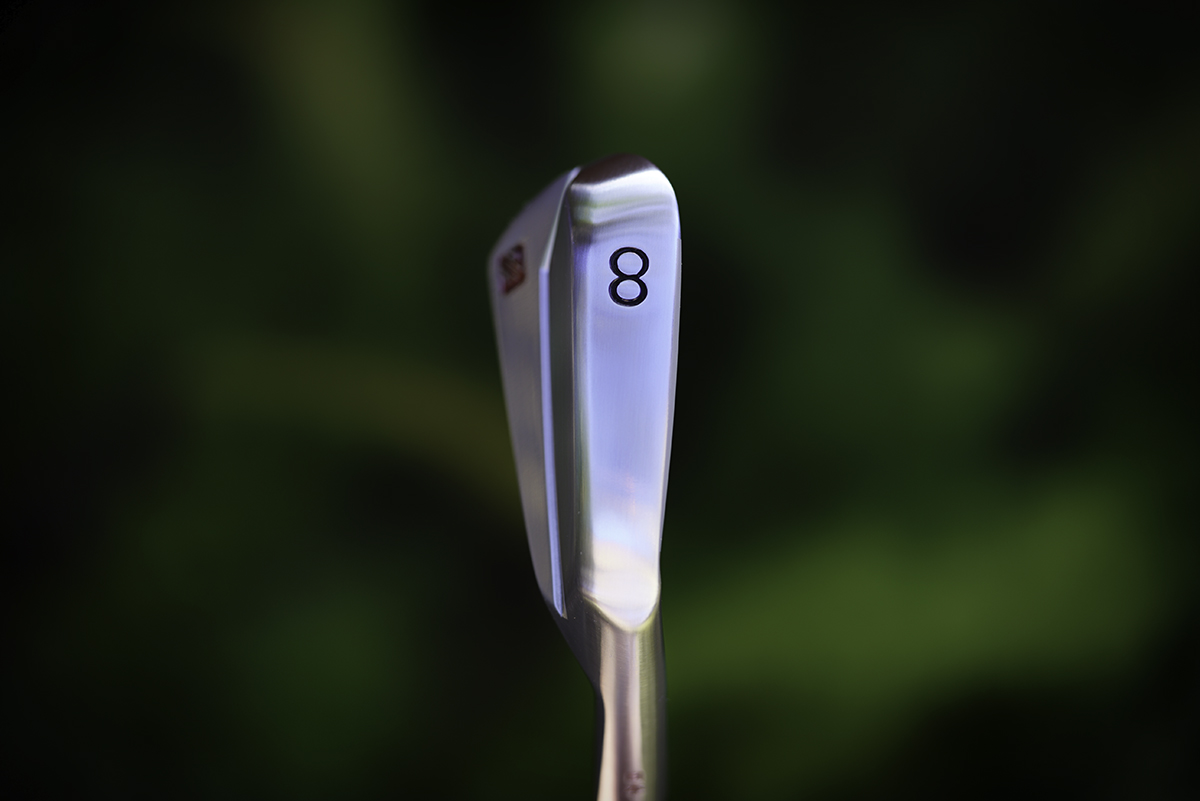 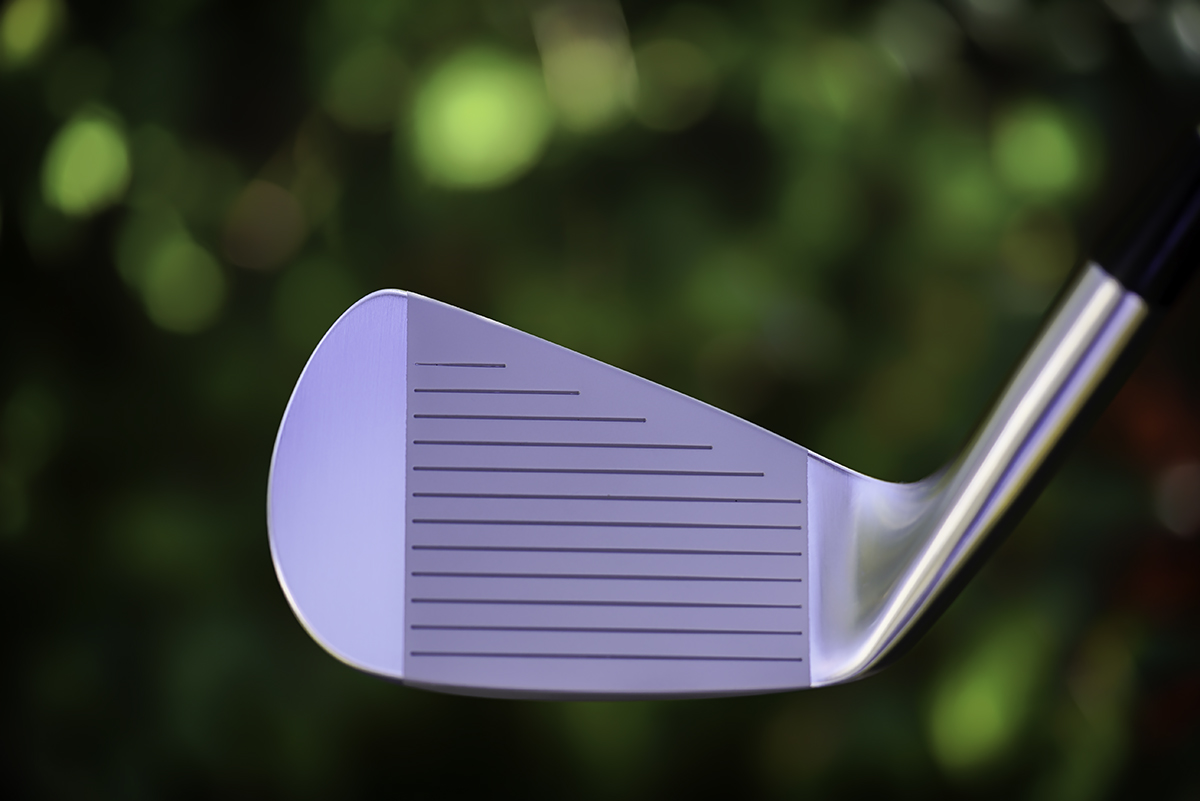 The shape from address is beautiful as you can see below many #8 irons don’t look nearly as good as these. 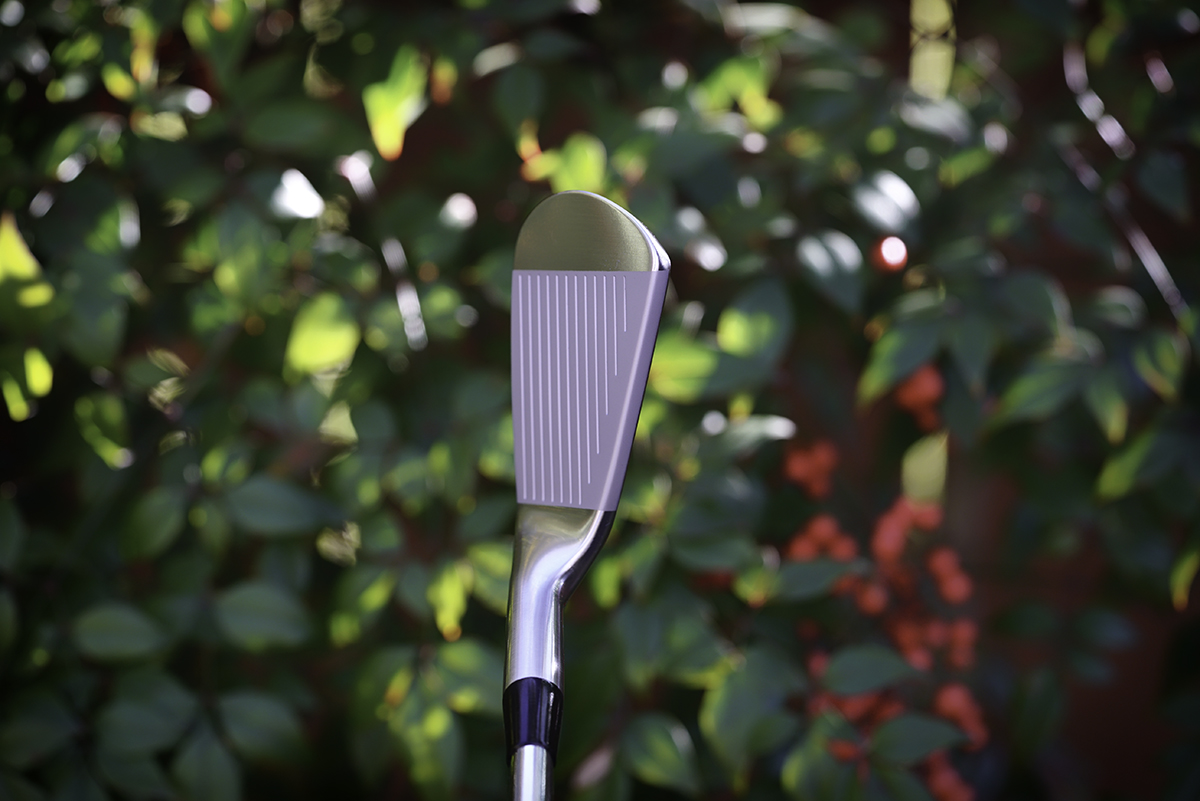 So as mentioned earlier the lofts are strong,  this PW is 44* a full 3* of loft stronger than most blades.  Always gap wedges are totally separate from the iron set when it comes to blades it’s because its difficult to use the same mold to produce the loft but because we went strong we used the original molds PW to produce the AW and the benefit of this is another approach club that has the same feel and appearance as the rest of your irons for improved consistency.

This week we will be adding this 1 single set to the TSG ProShop they are a one of a kind brand new and shafted with Modus3 105 Stiff Flex Shafts.  Once sold it will be marked sold out and no longer be available.   You may be wondering why we have a set of 1 off prototypes that we have not hit yet,  it’s because we made 5 sets of similar prototypes with different grinds and shapes to choose from and this is one of them so stay tuned and check in with the TSG ProShop daily to snag these before they are gone!