Well its been more than 6 months since the release of Ryoma Golf’s much anticipated D-1 Fairway Wood and I have to say it is still in my bag.  Today I will give a bit of a recap on the club and its performance over the last 6 months.  It has been one of the most popular selling fairway woods we’ve ever carried, dethroning the perennial winner, PRGR’s egg Spoon over the last half year.  However its not necessarily for everyone. 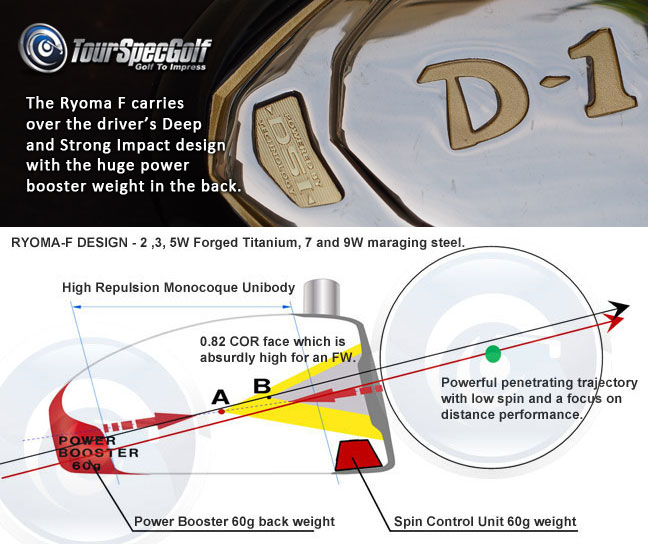 The Ryoma F looks very much like the D-1 driver with a similar color scheme and a similar design concept. Key features include:

– 15* Real Loft
– An all Titanium construction
– Monocoque one piece body
– Forged DAT next generation Ti Face featuring an unheard of for an FW 0.82 COR
– DSI or Deep Strong Impact design featuring a 60g power booster weight right in the back
– A 60g spin control unit weight on the front of the head to manage launch and spin
– Large confidence inspiring head size (215cc for the F3)
– Square 0* Face Angle 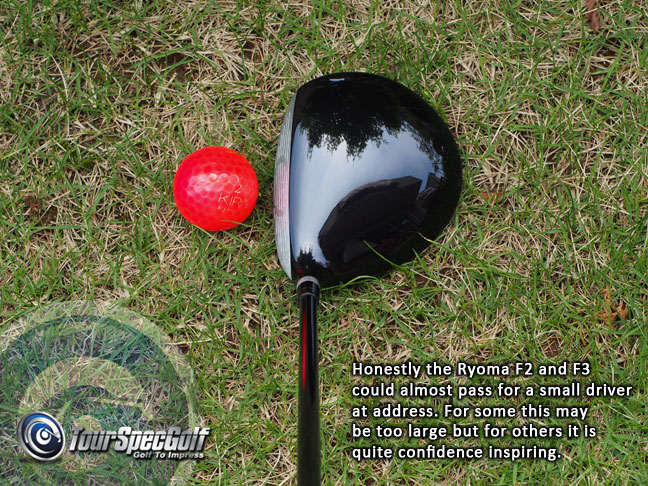 All these features really stand out, especially the Ryoma fairway wood’s head size. It is huge. It’s visual appearance may play a big factor for many in whether or not they will get the Ryoma. For me, admittedly I felt it was on the bit side when I first got it. At address it easily passes for a smaller driver head and for some players this may instill confidence but for others it could be a bit distraction. In the past I have found I hit mid sized to even smaller sized heads better because the I seem to focus and concentrate more. With the smaller head, you either hit the center or end up with a pretty bad shot. With the Ryoma on the other hand, the bit head results in pretty long face heel to toe which equates to quite a large sweet spot thanks to its huge back weighting and high MOI. 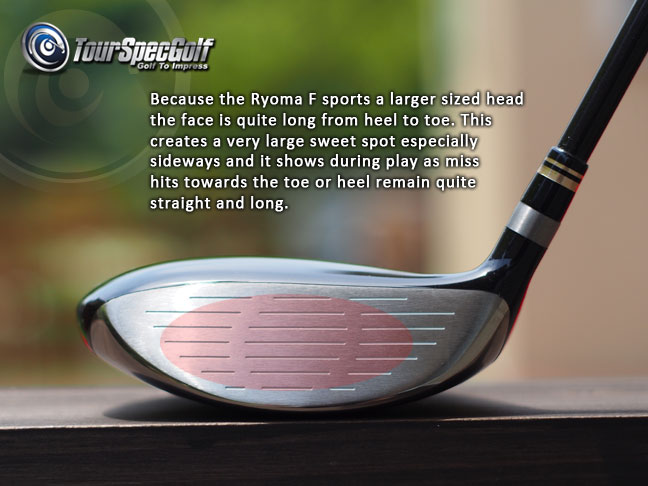 My first few rounds with the Ryoma F back in December were really an adjustment period. The size and longer length of the club took getting used to. But the truth is, in the end, no matter how badly I was swinging or how poorly I struck the ball with the Ryoma, it always went straight and pretty far. As an average golfer who is not a long hitter, this level of performance was very important to me as there are times where I need that long second shot and the Ryoma simply comes through pretty much always. The truth is I have two egg Spoon’s sitting here in my office as well as the very good ONOFF Fairway Arms and Royal Collection TRC FW but none of them have made it in the bag at all in recent months. This is all thanks to the reliable performance of the Ryoma. It is certainly not the best looking club, nor is it the best feeling or the best sounding. However it is one of the easiest clubs to hit straight and pretty far and because of that it deserves consideration from any average golfer or player who wants forgiveness and distance especially if you can get along with the bigger head. You can find more details about the club in our pro shop.

Here is also a quick clip that I had posted earlier featuring the sound at impact compared to the egg spoon and TRC FW.