in Cars, Japan, Out of Bounds, STi
211
VIEWS
Share on FacebookShare on TwitterShare via Whatsapp

Another cold and wet day outside here in Japan which makes it hard to test golf clubs and modify the car. I was able to get out earlier before the rain and take preview snaps of the new ONOFF 2012 lineup which you see below. I also had a few deliveries which allowed me to do a quick mod on the car for today. The standard interior of the STi is pretty much off black and silver accents here and there.  Fellow Japanese STi owners discovered that the center console piece for the new Subaru Forester tS (tuned by STi) which has the carbon fiber look in fact is an exact fit for the STi as well. So yesterday I placed the order for Subaru part number 66065FG040 and it came this morning. 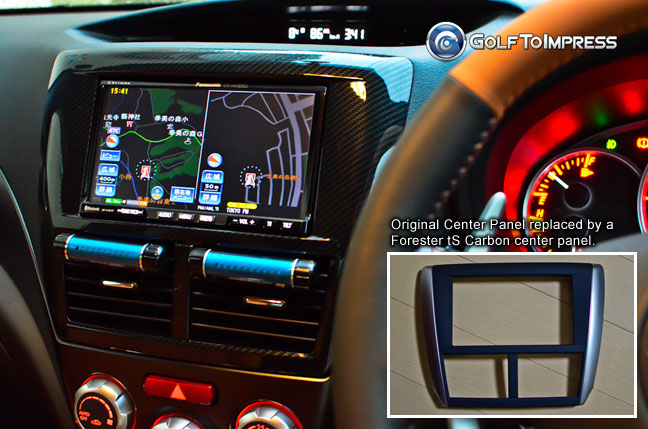 Installation was pretty straight forward and took about 15 to 20 minutes, most of that time just making sure the clips and brackets are carefully removed off the original center panel.  The panel is easier to remove and reinstall if you remove the air conditioning vents as well which also adds some extra time. Overall it is a very inexpensive mod at about 4000 yen and 20 minutes of time but it looks a lot classier than the matte off black plastic panel. 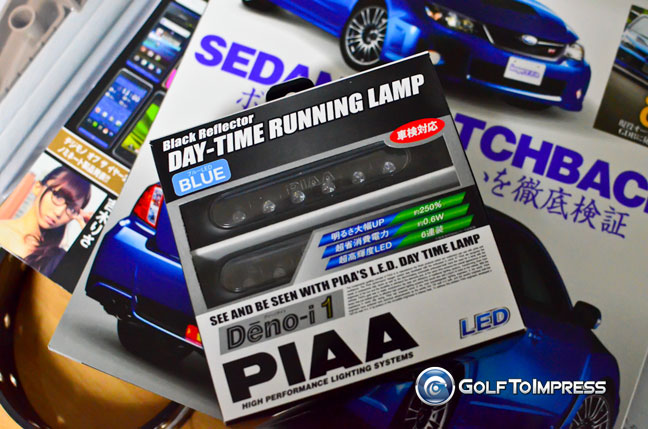 Also arriving today were my PIAA Deno-i 1 Day-Time LED Running Lamps. I have to decide where to put these on the front bumper and if I should drill through the bumper (which I would rather not) to secure the lights. The kit comes with super double sided adhesive or brackets with screws.  I guess it will be the adhesive but I need to figure out how strong the bond is. This hopefully will be an easy 30 minute install sometime this weekend if it gets warm and dry enough so that I can lay on the driveway to put these in. I can’t believe that I have been away so long from car customizing and modifying. I thought I out grew it but I was wrong. Its still so fun. I am also starting to get a hang of snapping photos of the car, quite different from golf clubs and cityscapes. Stay tuned for more to come… including performance tuning.