Back at the end of November I received the new PRGR iD lineup for some demo time. I did write a couple of reviews on the blog for the drivers and woods and I kind of put the irons on the back burner. I figured since 2011 is no here and the irons are now available I’d take the time to give some brief feedback. iD stands for Inspiration and Data and is broken down into  lines, the athlete model iD435 line and the average golfer model iD455 line. iD brings together two key aspects of top performance golf clubs. “i” is for Inspiration that is from all golfers who want to hit it further, straighter and take it to the next level. “D” is for Data or the technical aspect of the club designs based on data collected by PRGR over the years on players of all levels. 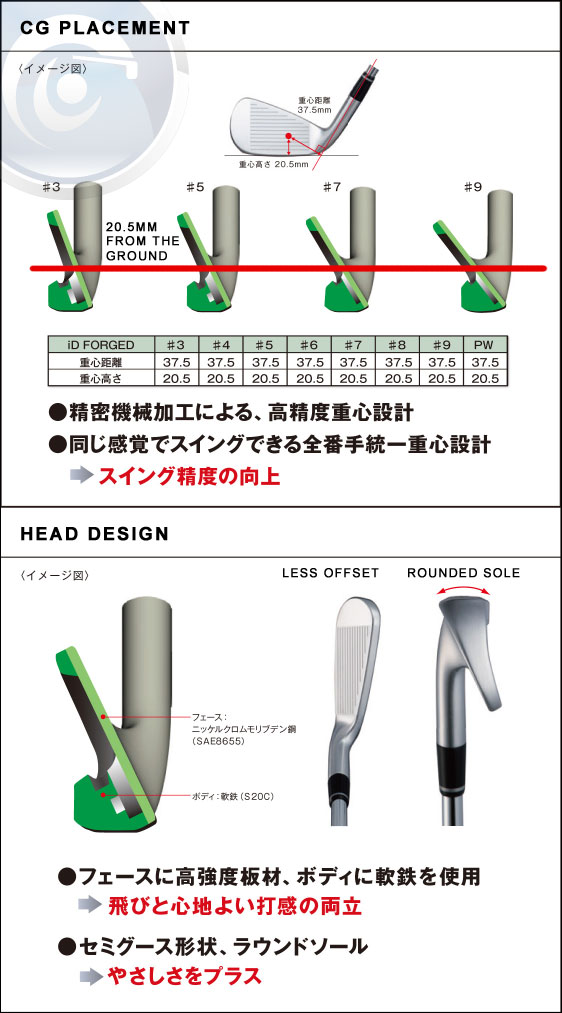 The new iD435 Forged iron is fits on the control side of the new iD fitting chart made for the better golfer who wants forged feel and workability. This Endo forged iron features a premium soft S20C body matched with a SAE8655 (Nickel-chromium-molybdenum) alloy face making it another one of those tradition bucking hybrid forged irons. This triple alloy face is stronger and more durable than S20C but is hardened to a similar softness. Because it can be produced thinner, the SAE8655 face creates a hotter feel at impact as well as less weight allowing for PRGR to place weight lower in the sole area. PRGR decided on a 20.5mm CG height across all iron lofts. As the lofts get weaker this means that the CG point is actually higher up on the iron face. From their data, PRGR concluded that a similar CG line across the set allows the player to make the same swing with every iron and produce more consistent sweet spot striking.

Pocket Cavity with some offset… 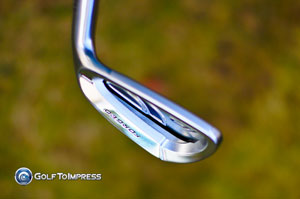 The iD435 Forged does have a touch of offset, probably more than most athlete golfers might want, but it seems again that PRGR has decided that one cannot have enough forgiveness no matter what their handicaps is so they’ve incorporated not only a touch more offset but also a rounded sole with a lot of leading edge and trailing edge relief. They have also decided to release their smaller athlete cavity back with yet another pocket cavity design. These days more and more better player irons seem to feature pocket cavities. In the past the concern was that pocket cavities created too much of a clicky feel at impact but I’ve found that designs have evolved with many of the smaller cavity backs using much smaller and shallower pockets than the larger pocket cavities of the past. This is resulting in much less noticeable click at impact and maintaining the pure feel. The iD435 pocket actually shrinks in size as the irons get shorter which again allow the short irons to focus more on control. 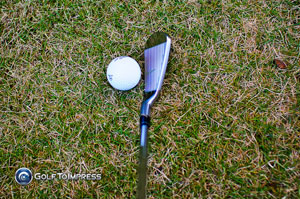 As a mid handicapper, the slight offset doesn’t really bother me and probably aids me in squaring the face at impact but standing over the iD435 Forged at address, I can’t help but think there will be those better players who will write off this iron because of the slight offset. My tester 7 iron came with M-43 Spec Steel III PRGR shafts. I’ve always found these to be pretty high quality stock steel shafts which feel and play a lot like Nippon NS Pro.  When irons have a progressive design like the iD435 does with constant CG height and shrinking pocket cavity, I always wish I had a whole set to test as a single 7 iron doesn’t necessarily represent how a long iron will play with the bigger pocket cavity vs say the PW with a much smaller pocket cavity for feel. Nevertheless the 7 iron provided very good feel with minimal if any clicking (this is subjective of course) and the ball was very easy to get up in the air.

Lofts are medium strong with a 26* 5 iron spec and this 7 iron performed well at getting the ball in the air with good carry and reasonable spin (yes new grooves of course) on landing. With a steel shaft and 32* 7 iron loft I was hitting the club around 145 ish which is shorter than my average of 150-155y with strong lofted irons and graphite that I typically use. That is certainly acceptable as the iD435 is not meant to be a distance performer but rather an all around iron with feel, ease of use aspects and control all for the better golfer. The forgiveness is definitely enough for a good ball striking mid capper to play. While the id435 certainly possessed “ease of use” the club was workable as well with soft draws or cut fades. When it comes to forgiveness and target audience, admittedly this happened when PRGR first released their GN502 line a few years ago and had a standard GN502 model for the average golfer and a GN502 Forged for the athlete and better player. It turned out the GN502 Forged could pretty much be played by everyone as it was that forgiving and the iD435 Forged fits that same mold again. 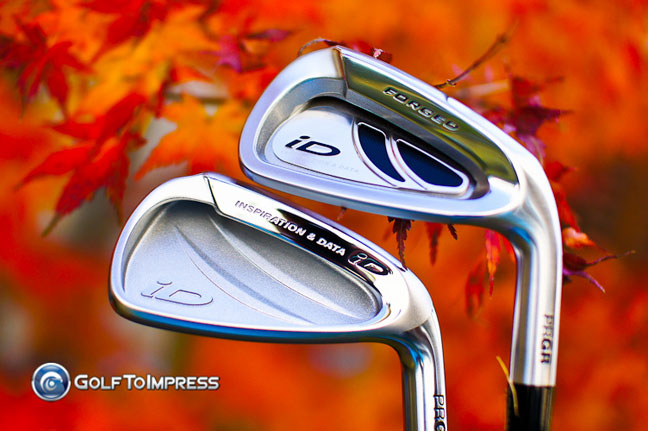 In my opinion it could be a trend similar to ONOFF where models have shifted more in favor of the average golfer which is of course the biggest target audience in Japan. The average golfer models have become even more forgiving than ever (like the id455 Iron pictured above with the iD435.. yes its bigger too) and now with many athlete models sharing similar aspects of forgiveness. In the end I’d recommend the iD435 for the better player wanting more forgiveness and ease of use or the mid capper/improving player wanting to move to a forgiving forged iron. Golfers wanting a true player’s cavity are better off looking at Tourstage and their X-Blade line. Look for all the new PRGR iD clubs in the TSG Pro Shop this week!