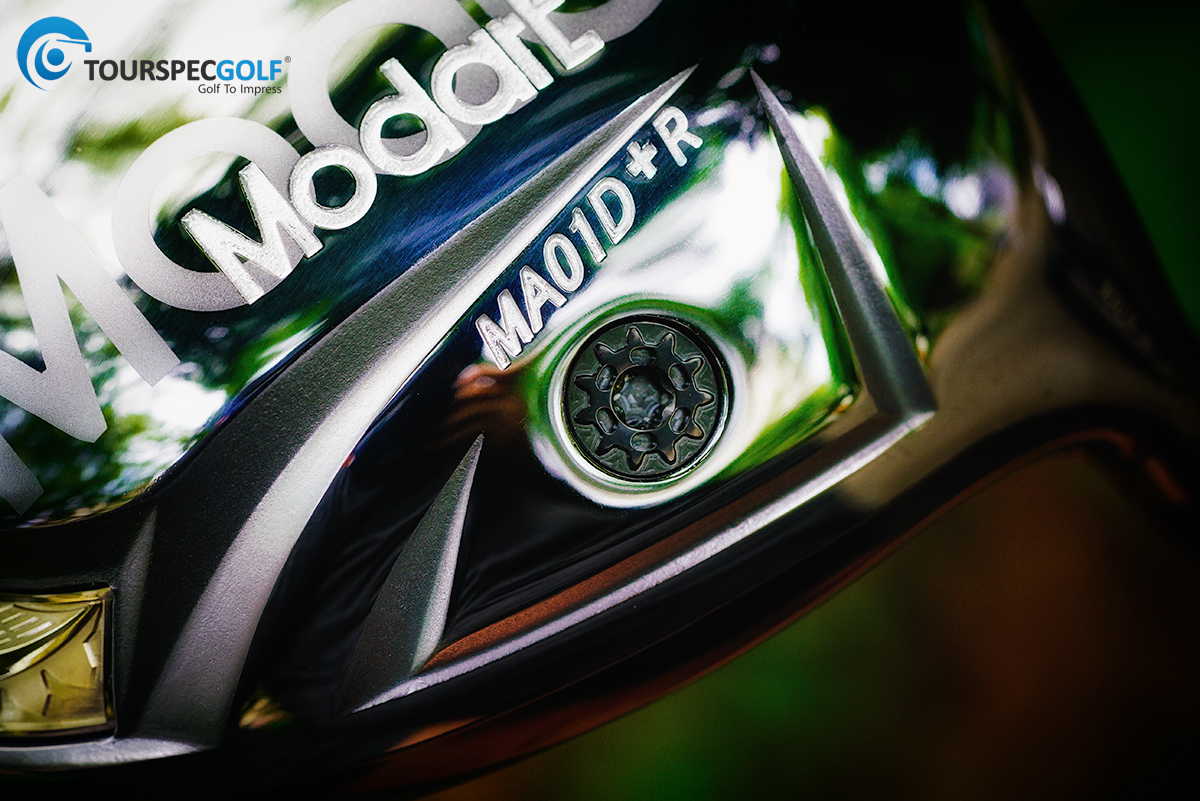 Introducing Modart’s latest creation the MA01D+R and while it may look similar to their other three drivers this one is completely different.  The first modart drivers released a few years ago were the MA01D and MA01S both were 435cc players woods with a mid trajectory and some pretty low spin rates.  Last year Modart then released the MA01DS which was an improved version of the original but with a shaft adapter that allowed you to change shafts with ease.  The all new MA01D+R is based on an entirely new mold at a full 460cc’s it’s designed to be much easier to hit and produce a mid/high trajectory with very low spin.  It is suggested to play this head shafted at 45″ or longer.  Follow the Jump for more information on this hot new club from Modart… 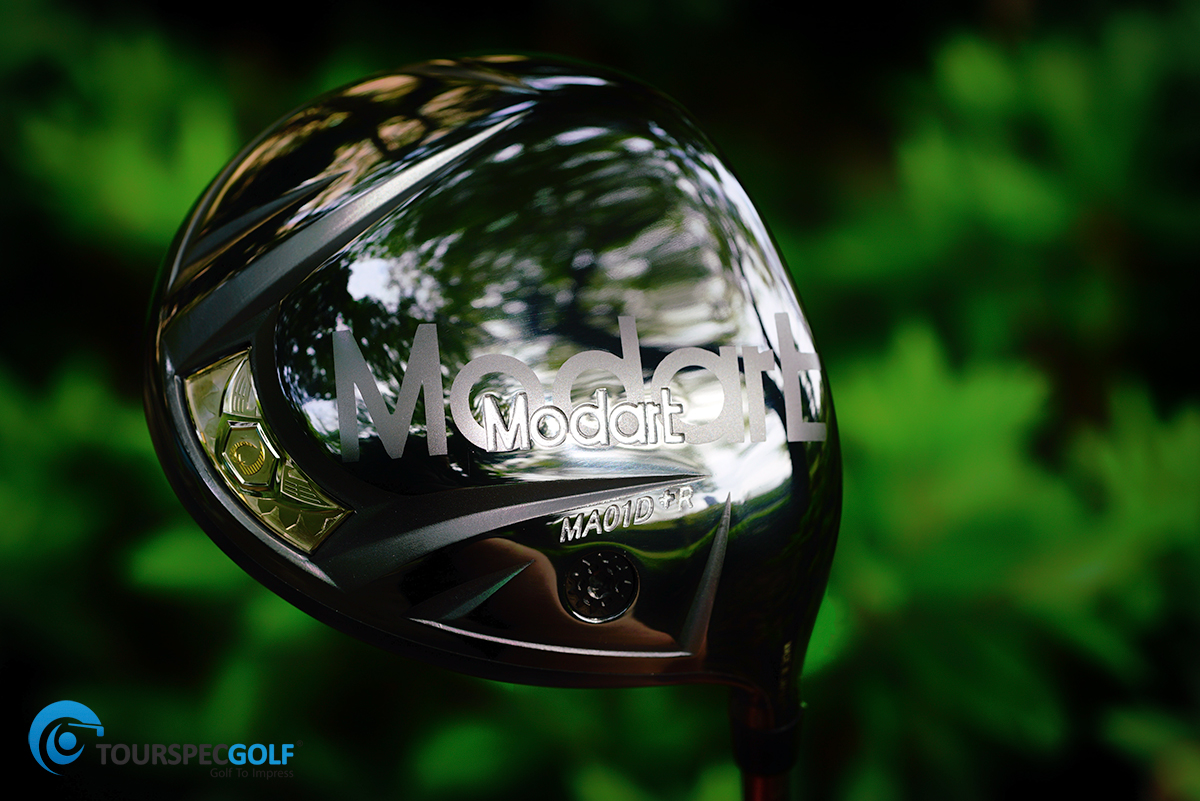 This driver is Made in Japan this is something not many if any brands can say anymore it features a forged cup face SP700 face like many of the world’s best and most high-end premium drivers. The MA01D+R has an amazing face shape it’s deep yet also stretches a bit longer from heel to toe as Modart’s goal was to help both the player who misses high and low on the face as well as toe to heel.

I’ve had to keep this release under wraps but have had a fair amount of time to hit it, and it’s performance is far above average, in my opinion, allow me to start with feel as off the face it’s a soft punchy crunch that’s dense and felt good. My impressions of the view at address is that it’s beautiful and much better looking than most 460cc drivers on the market today,  Modart has kept it very player while adding much-needed forgiveness.  This is not a high handicappers driver yet a high handicap would get along great with it especially for it’s spin reducing abilities,  the shape and size inspire confidence, yet the square face angle and non-bulbous shape a tour pro could play just as easily. So yes it looks very similar to all the other Modart drivers but it’s trajectory is not the same this one has a higher launch and is very straight if I didn’t tell you it was 460cc’s you may think it’s smaller, the black face and finish helps hide it’s size.

Talking about distance this driver shines especially for those who require a nice higher penetrating trajectory, this head squares up at impact very well and during my testing we had some good players assist at the range guys who swung over 105mph with scratch to plus handicaps even a couple of former Japan Tour players and the driver’s head worked extremely well for both those who had a natural draw as well as those who usually hit a fade. Myself I hit a fade and noticed this head kept things very straight for my good friend who can hook anything also hit it straighter than other drivers, It’s a mystery to me how they made this 460cc head produce such an instant and accurate result and me. Is it long? Well yes overall for the average of players who we allowed to hit it this club produced more distance for them than their gamers in an area where due to USGA and R&A restrictions most conforming drivers are within 5-10yds of each other, so it becomes about how well the heads profile,  spin rate, and various attributes meld with your swing along with the shaft you have chosen to install.  The MA01D+R is no joke due to the penetrating high trajectory it doesn’t fall out of the sky it just seems to start medium and rise slowly to a nice arc that falls with a tapered decent. There is a sound Japanese people make when things are surprising or superb,  it sounds like ahhhhhhhhh.  I heard this countless times in the hands of plus cappers to average players. 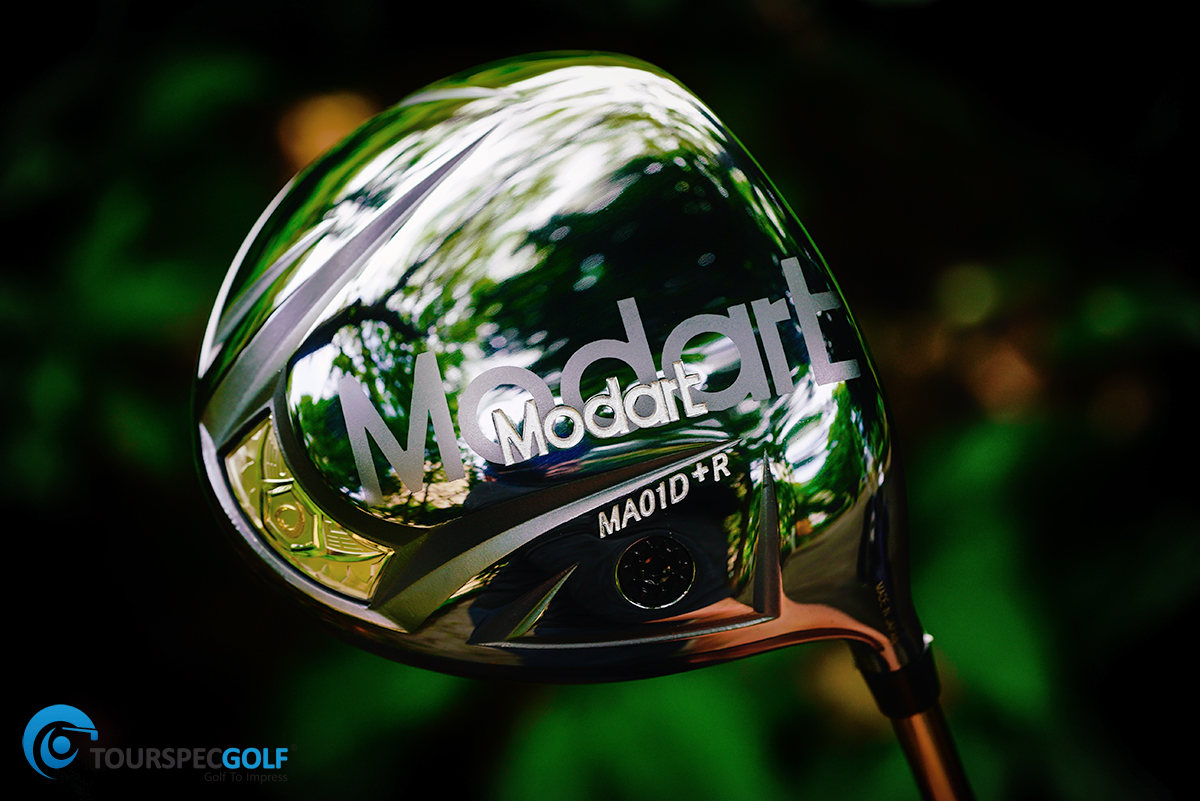 Forgiveness is outstanding as well.  My misses tend to be high and low on the club face usually high and by lowering my tee height things went very well,  I tested shots out on the toe and toward the heel and even out on the toe the ball went very straight with what I consider minimal punishment.  Look,  there are tons of great clubs out there today but many of the most rewarding and longest I have hit tend to get squirrely outside the sweet spot this driver the MA01D+R by Modart is the exception.

Above you can see the face, I’m talking about,  deep with a nice space to land the ball out on the toe if things are a bit sloppy and that plus it’s soft, crunchy semi-hollow feel made me remember why I liked the original modart drivers. I appreciate you reading my review I can vouch for this one as I’ve seen the smiles it’s put on the faces of a wide range of players, in a nutshell, it feels good,   it’s forgiving,  it flies with a mid/high launch that is penetrating.  Pair it with the proper shaft over 45″ a shaft that helps you prevent your bad shot and supports a strong, stable trajectory and you should be in good hands.  This will be in the TSG ProShop shortly head only or offered with a custom build as usual by the best at TSG available in 8.5, 9.5, 10.5, 11.5 lofts.