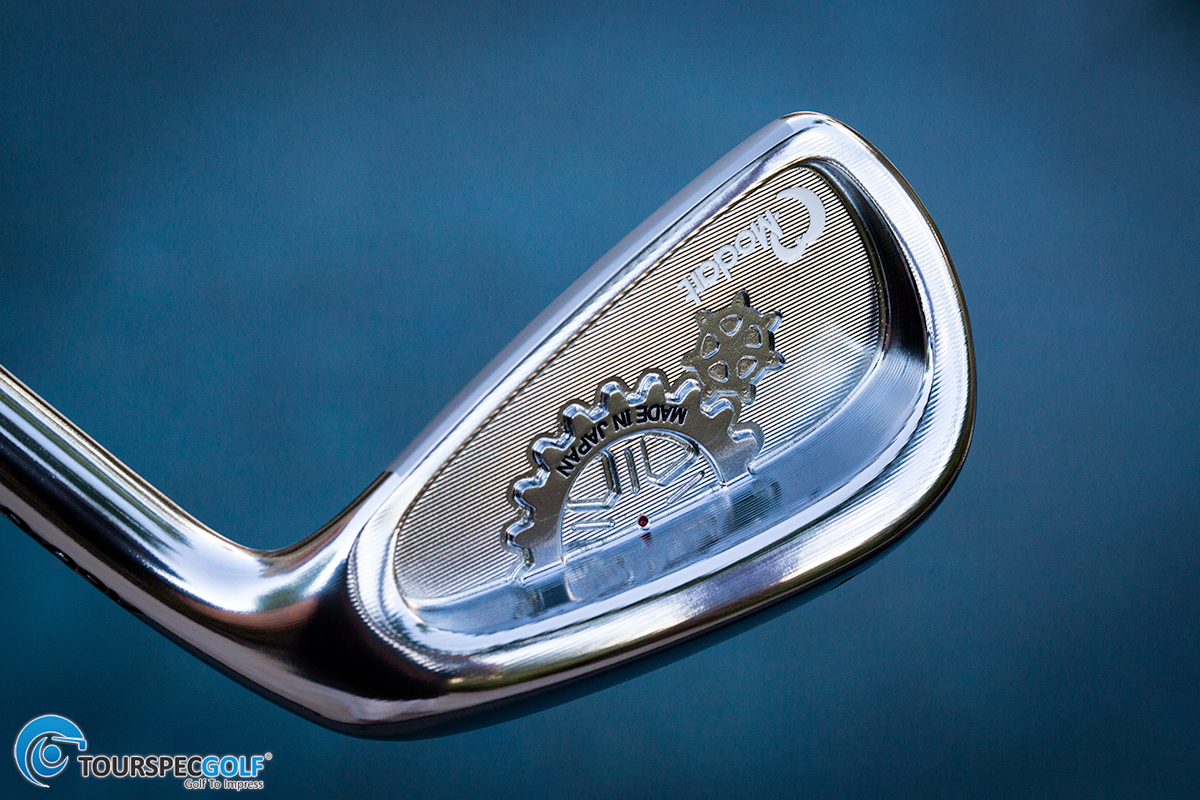 Modern – Art aka Modart has been getting great reviews among our clients and readers,  not only has Modart seemed to have created something different but also has a produced an entire line up of clubs that perform very well.  Back in Feb at the golf show obviously the first thing to catch everyone’s eye was their more compact CBC CNC milled iron,  time when by we had some customers wait months to receive their CBC’s then following that members started picking up on how good the Driver MA01D and S along with their fairway woods and utility clubs.  More recently TSG will go on the record saying the Suda-wedges are the best we have to offer here or anywhere else in our opinion. 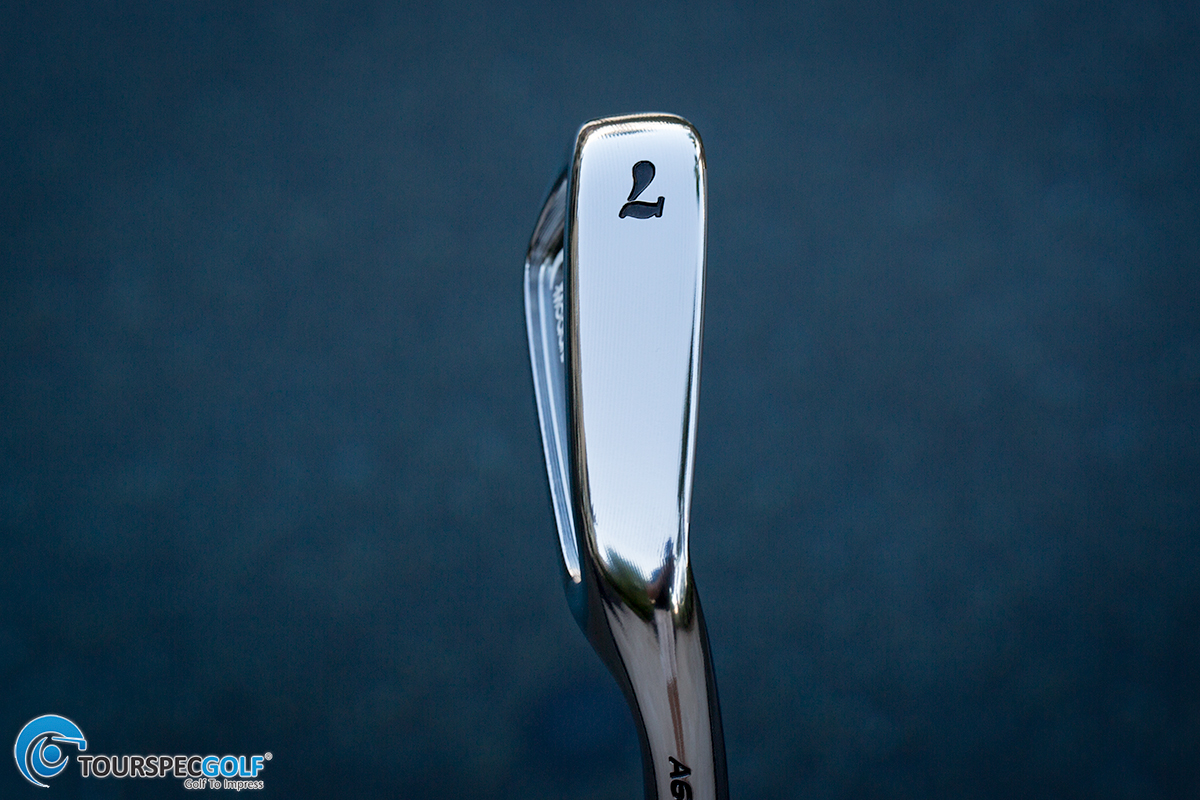 In this post we will highlight a club that we have already tested putting it through it’s paces and we will break down how the new Modart A60-G CNC irons stack against the others in the same players category.

So who is this club for?  I would categorize it as mid sized head for the low/mid handicap player who is also looking for a extremely rewarding feel at impact, size wise think OnOff Forged or RomaRo Type-R, or Mizuno JPX EIII. 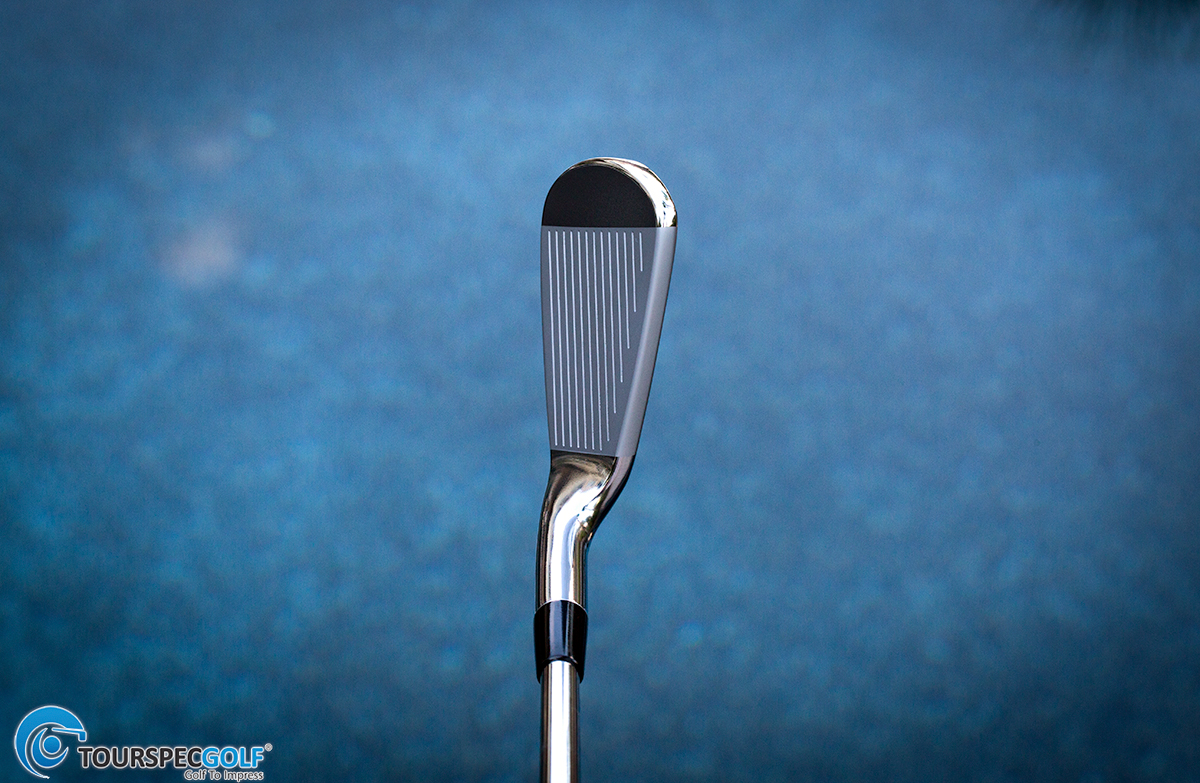 This is Modart’s next iron up in forgiveness after the CBC (most compact) which is shorter heel to toe with less offset, a thinner sole, and top line but keep in mind these are made of S25C soft carbon steel BUT they are NOT FORGED!…   Each head is CNC MACHINED from the block!!! Suda-san explained that this creates the most pure iron when it comes to materials. The pressure and heat from a forging press can create inconsistancies in the steel including cracking and weakening of the material ultimately degrading he feel. With each Modart iron and wedge being milled straight from the block, there is no contamination of the steel and you get S25C in its original pure form. 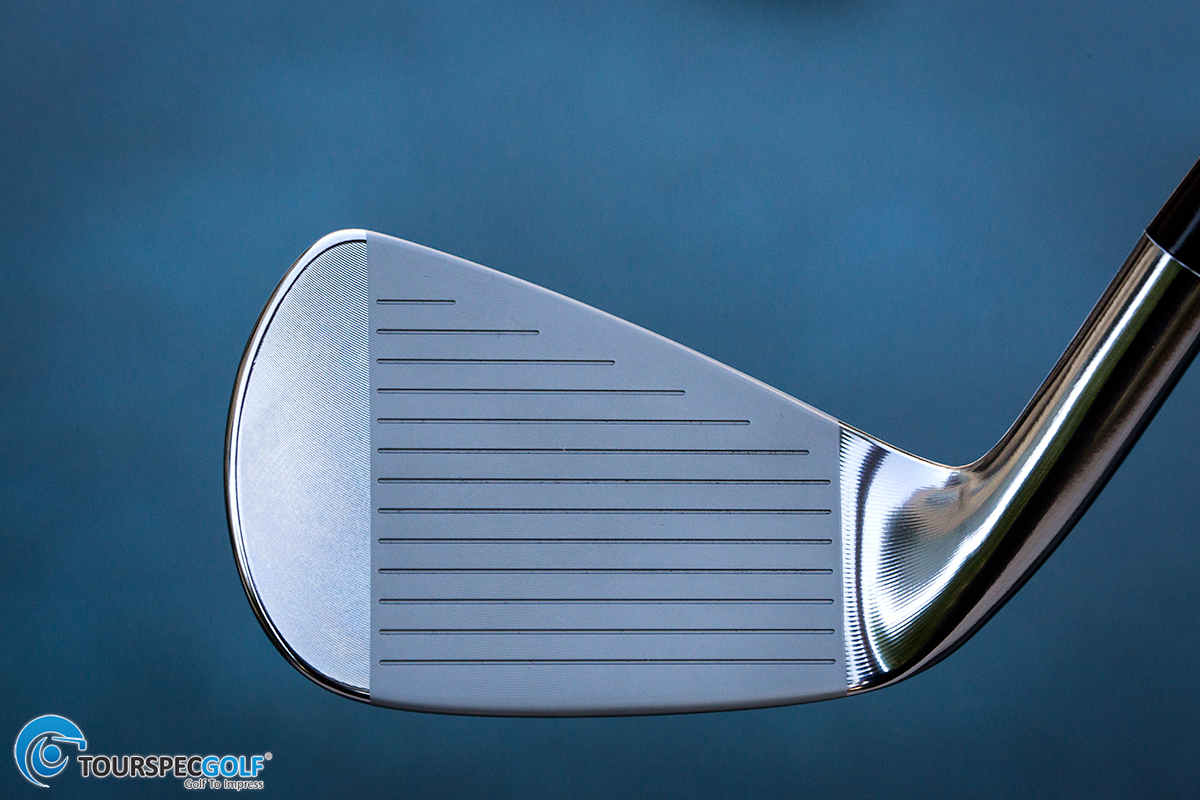 As you can see these are crafted beautifully,  Each iron head is made as if it were a putter,  Modart has chosen to keep milling accents all over the club face as a reminder.  With meticulous Japanese manufacturing it comes at a price,  each of these irons or any of the CNC’d S25C (non forged) models come in pretty steep at near $600 per iron, that makes for a set that retails in the $4400 range…  So is it worth it?  That’s up to you and your wallet to decide,  I can describe the feel and forgiveness though,  In terms of feel there is nothing like it,  I have hit the CBC and that was surprisingly great in a different,  firm, vibey sorta way.  This A60G while being made of the exact same material feels very different with it’s increased size,  the Vibrationey,  reboundy, firm forged like’ish feel is addicting.  Picture a spongy Mizuno soft iron that has a firm aftertaste and hints of road tar….lol  makes no sense and I’m still trying to figure it out. 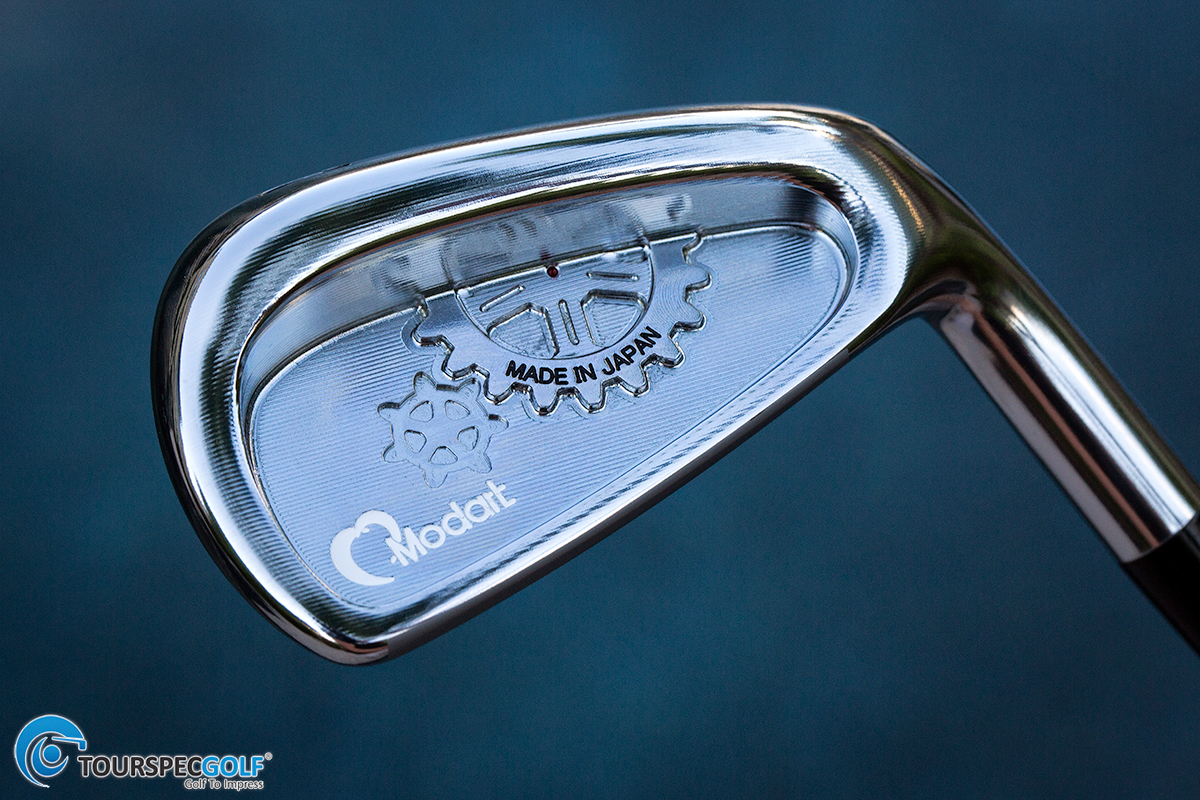 As for forgiveness,  it doesn’t have an undercut cavity,  it does not have tungsten buried deep in the sole nor does it have a 2 piece structure,    All this thing is got is a sound design and a great size and shape to it.  All I can keep coming back to is that this is noticeably better than the 2013 ONOFF forged in just about every way except in price.  I’m tempted to get into a set of these with some MCI”s or graphite but that would cost a small fortune.  Talking distance it is not as long as others it rides along the same yardage as some player CB’s and this makes it interestingly geared to players who want more forgiveness,  the best possible feel at impact,  yet want to keep their yardages in check. 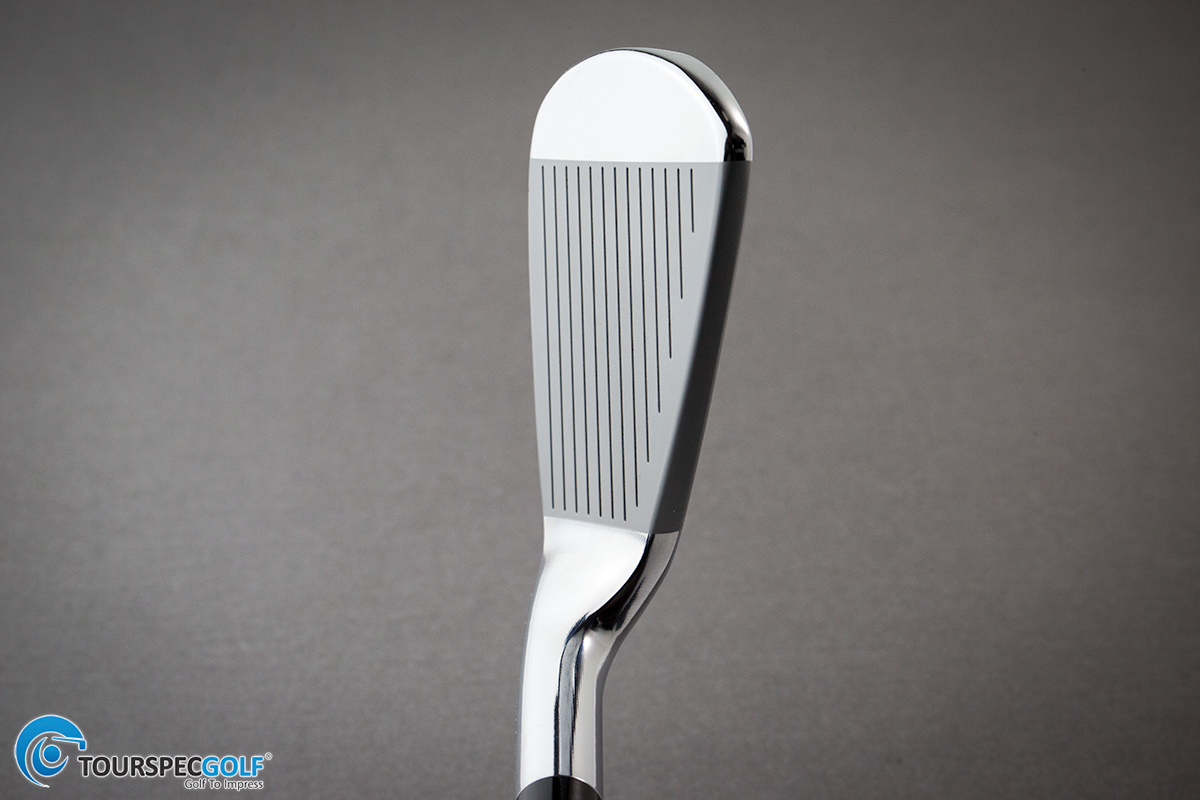 Above is another pic of the top line,  the lighting shows the true offset just perfectly,  from this angle it has a better setup than many of it’s competitors.  If your someone who is looking for a set of really good feeling and forgiving irons yet doesn’t play mainstream brands and want’s to fly under the radar using a truly boutique brand like Modart  here’s your ticket.