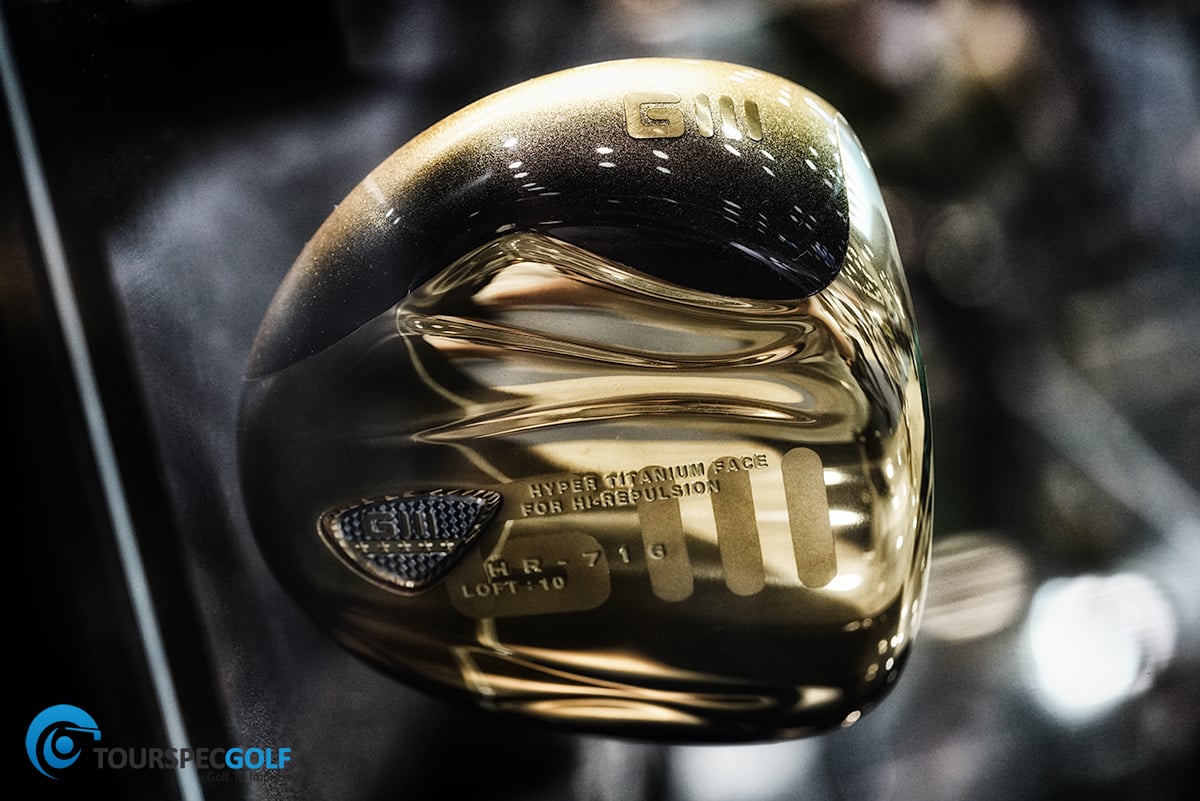 ONOFF / GIII  at the 2016 Japan Golf Fair –  As usual ONOFF was at the Japan Golf Fair and this year it’s all abuut the new Red Series Woods and AKA irons along with their new FF-247 hybrid iron and a super expensive HR-716 Driver.  For those who were looking forward to a black series that will be next year so your Kuro Forged Irons are safe for another season or two.  Shall we get started with some pics and a quick run down?  Follow the Jump… So first off the new GII HR-716 driver has the highest COR rating ONOFF has ever produced making it their hottest driver,  while geared toward the slower swinger it’s crafting is beautiful and so is the design on it’s face but what was odd is they went with 4 stars on it which kinda bites Honma in my opinion,  this driver is in the $8000 range so yes pretty ridiculous but we have seen more extreme things lately and value is always subjective and a matter of the clients perspective. 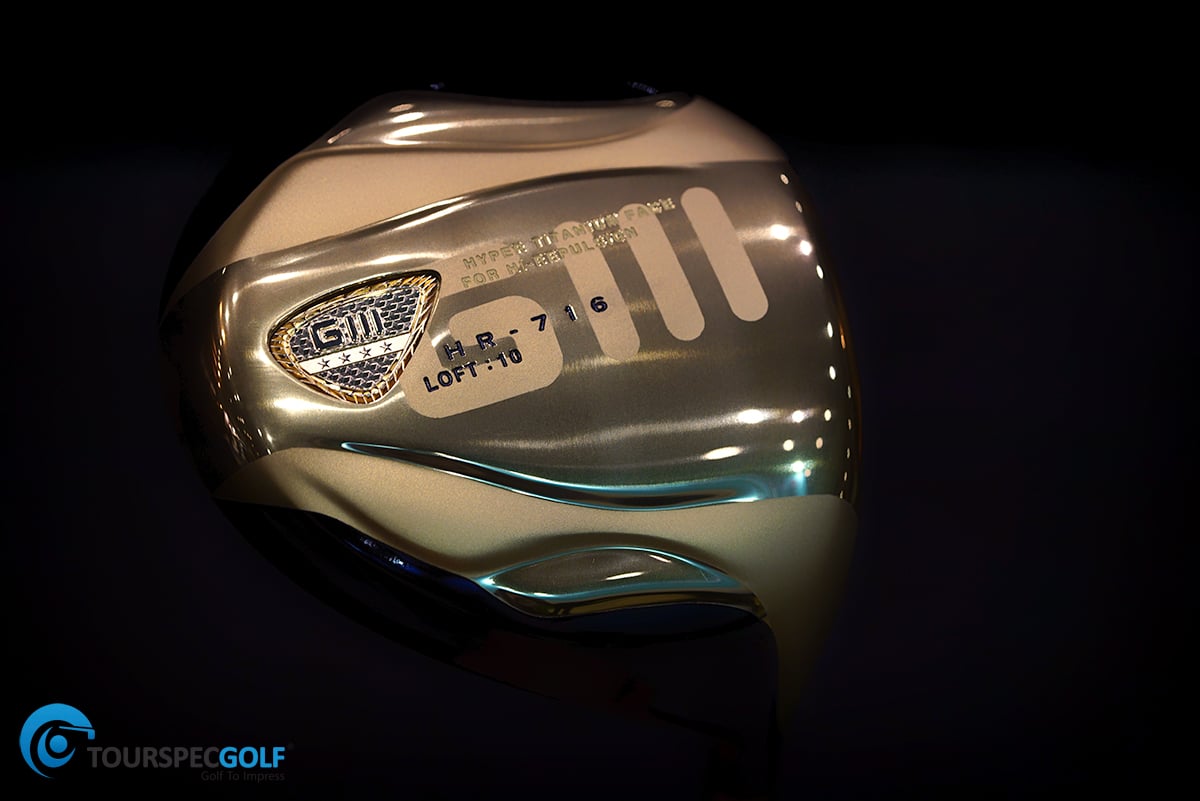 It really is a beautiful club and even at the insane price we do expect to sell a few of these to a select few who only buy GIII clubs,  thats one thing I notice is GIII lovers tend to buy every iteration and new model the brand produces which says a lot about their satisfaction with the series,  for those who are not familiar with GIII it’s the absolute top end of clubs under the Globeride umbrella and Globeride owns ONOFF not to mention Fouteen Golf as well. 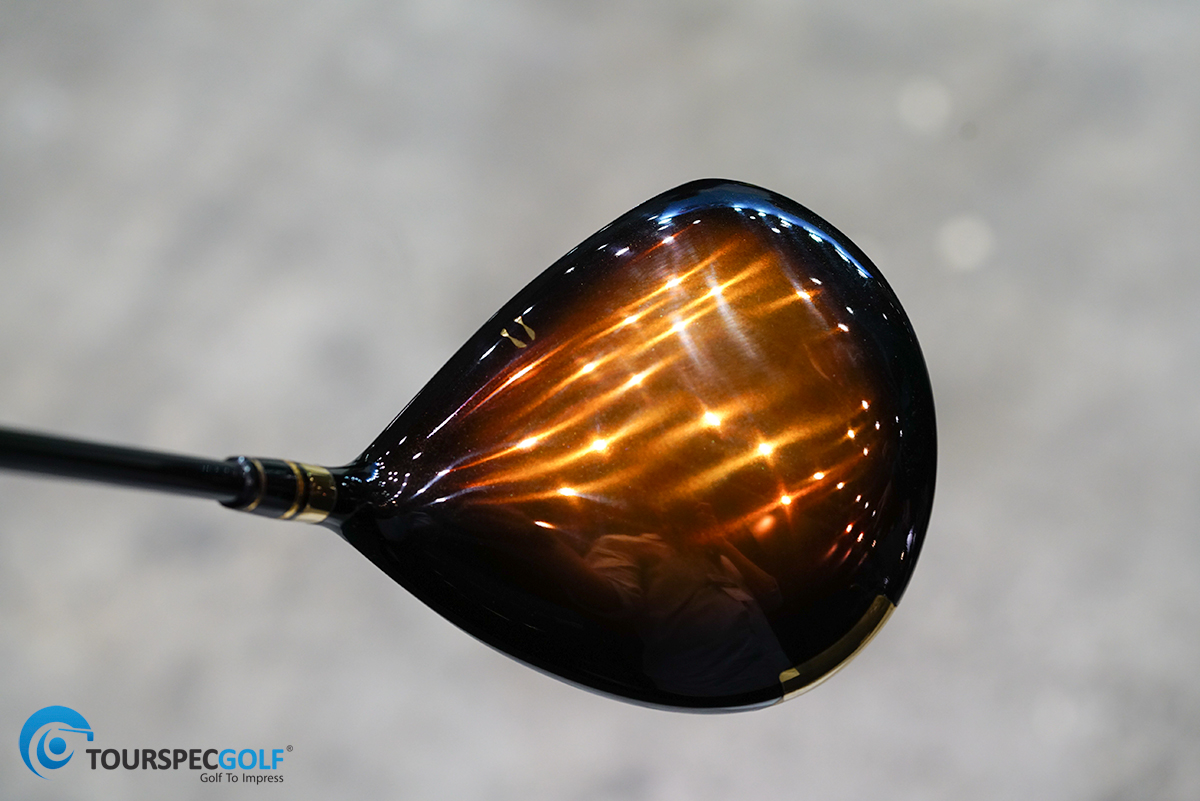 It’s paint is beautiful I can appreciate the quality even though this driver is far from what I would play. 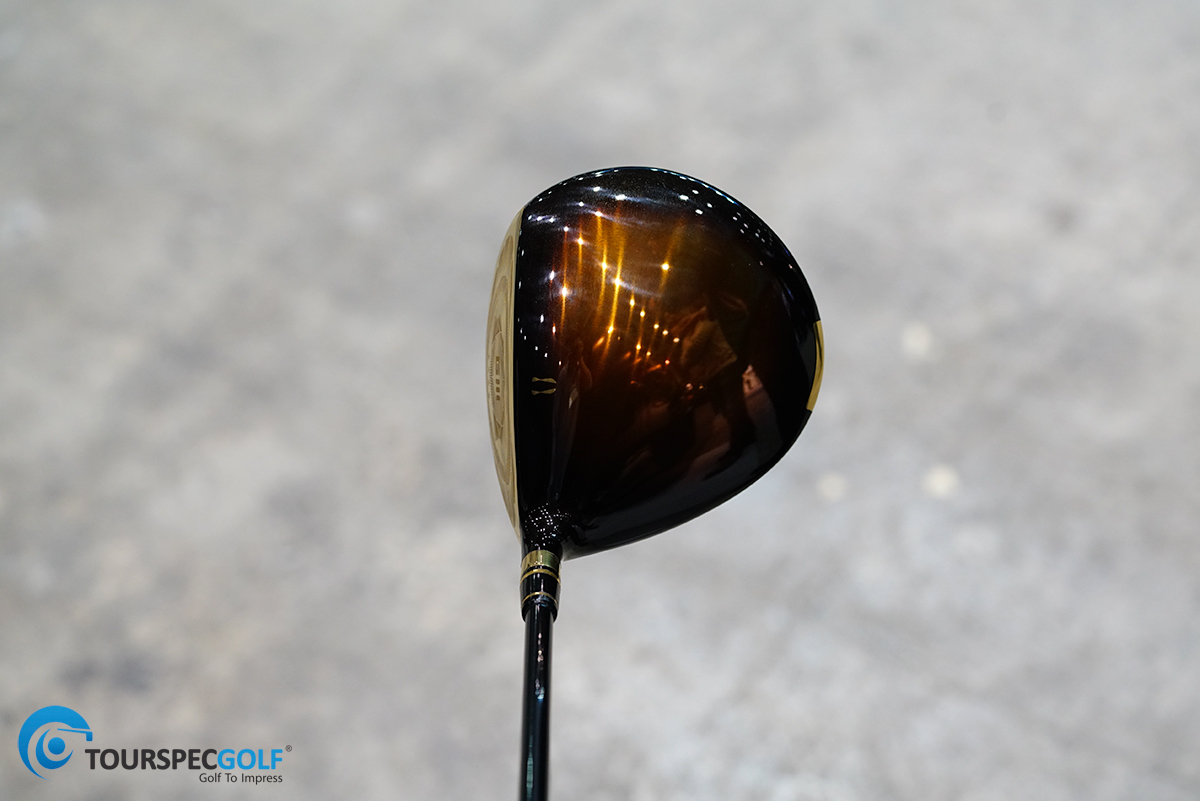 Next up we have the new ONOFF Red Series,  here’s the driver those 3 lines represent something ONOFF calls the power trench to help with rebound and increasing initial ball velocity,  I’m not sure if it really has as big an impact as they claim but one thing is for the mid capper ONOFF’s red series is always a worthy consideration,  mid spin,  higher launch and always very forgiving. 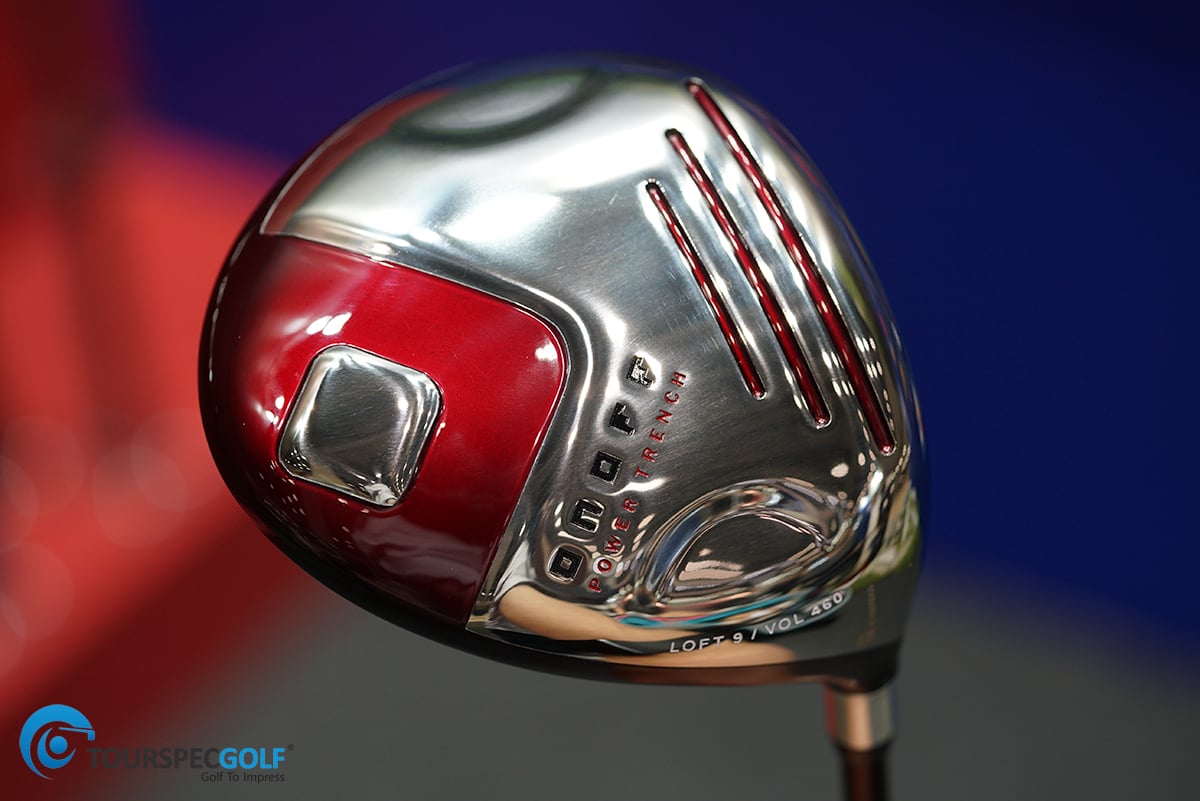 Laser etched face with grooves to help reduce spin and strengthen a thin face,  very cool ONOFF logo dad center of the clubface that makes me want to aim for that inner square.

Nice and deep face,  deep front to back from address,  low CG and a pretty high MOI without a shape while looking down that doesn’t look obnoxious.  If your smoother or slower swinger and don’t mind red consider this. Next up the #3 wood,  I’ve always liked ONOFF fairway woods,  very easy to hit perhaps a bit much spin and launch in the red series for a somewhat faster swing but still it’s face shape and feel usually delivers. 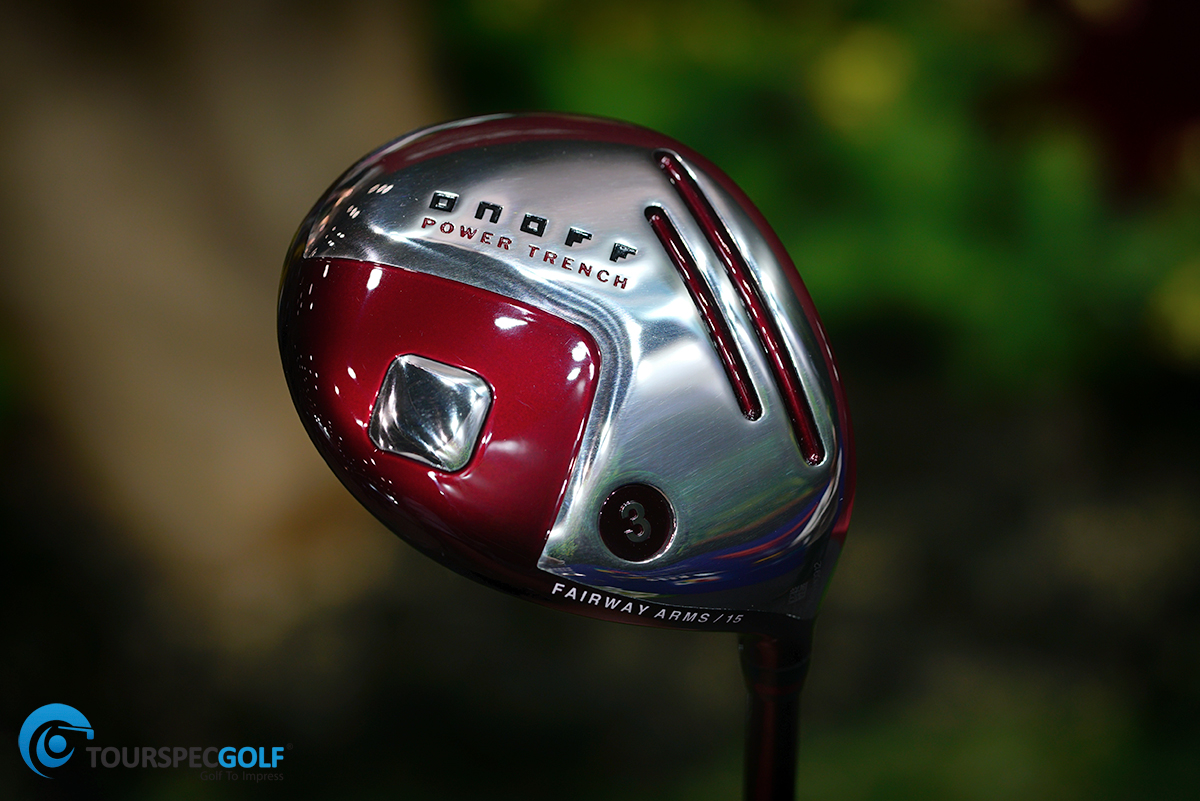 Maraging steel face with a stainless body and inner tungsten weighting is the mix for both the Red Series fairway woods and utilities,  faces are what I consider on the shallow side. The new ONOFF AKA Irons are built somewhat like the woods made of stainless with a maraging face in the long to mid irons to focus on distance and forgiveness with soft stainless in the short aimed toward accuracy,  a lot of tungsten weight in the sole combined with very strong lofts. 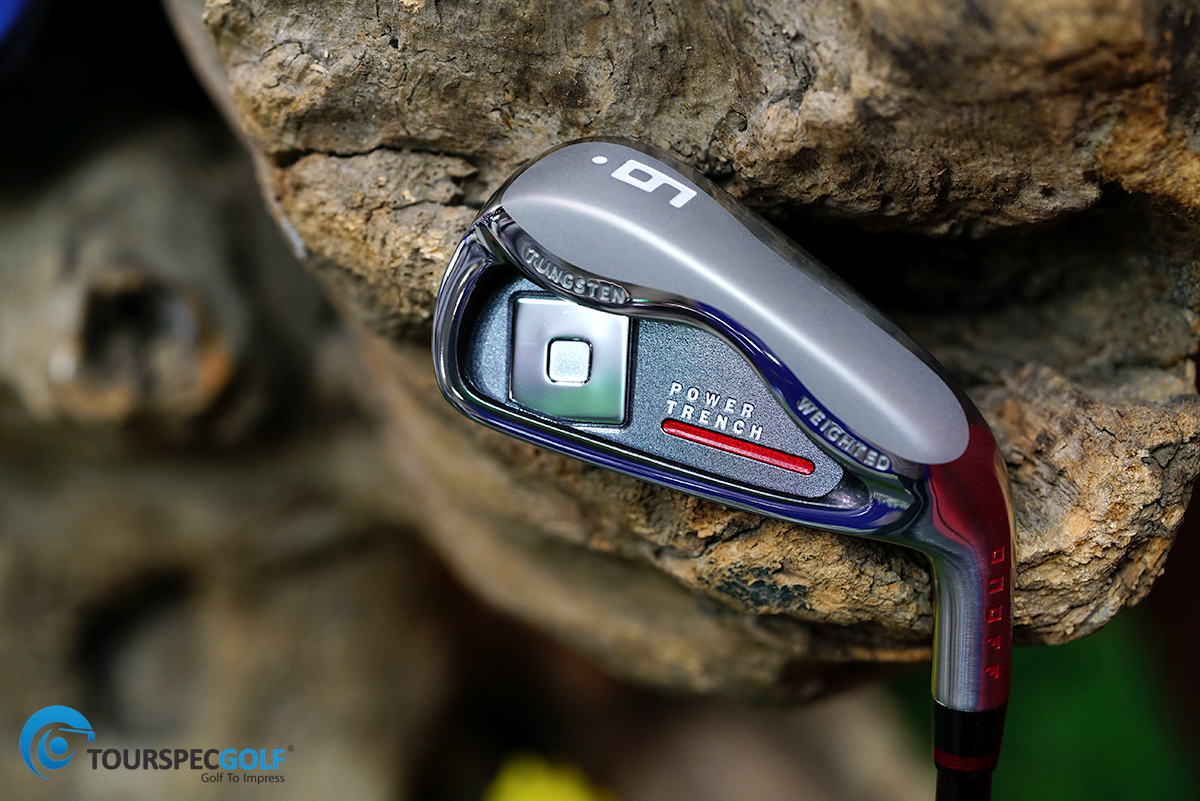 The top line is thick but still attractive and while it does have very noticeable offset I don’t think it’s too much for the size and shape of this club,  the amount of face progression matches it well and still looks natural. 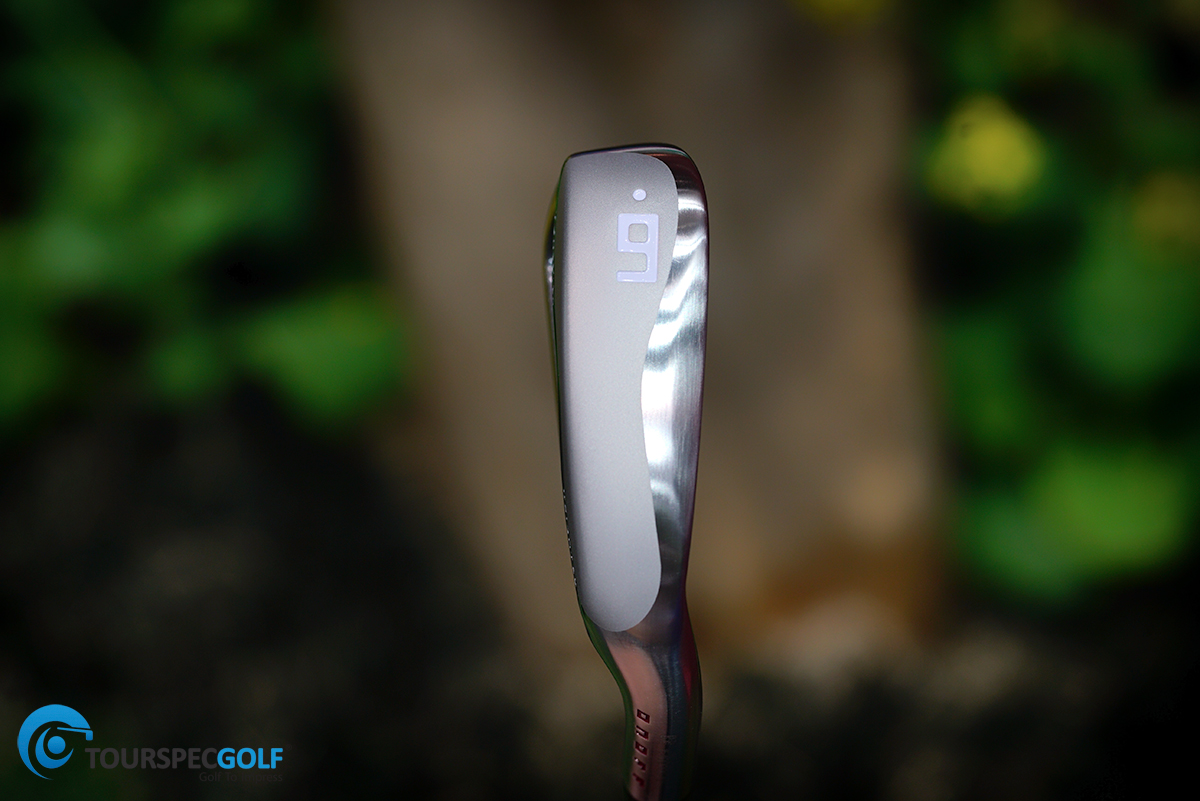 Here’s an interesting one the FF-247 is a limited edition Labo club is for the senior player, it’s very hybrid like with a ton of offset,  too much for my liking but there is a segment for this type of iron and while I have not hit it it’s a no brainer that these would be extremely forgiving and almost hybrid like,  tapping the face with my finger it had a high pitch metal sound giving me the impression it’s a “tink”.

Hope you enjoyed the pics and the brief run down,  more in the future to come as we get our hands on these,  they will be listed in the TSG Proshop this coming week.  Below a few more pics of the upgrade shafts ONOFF has to offer. 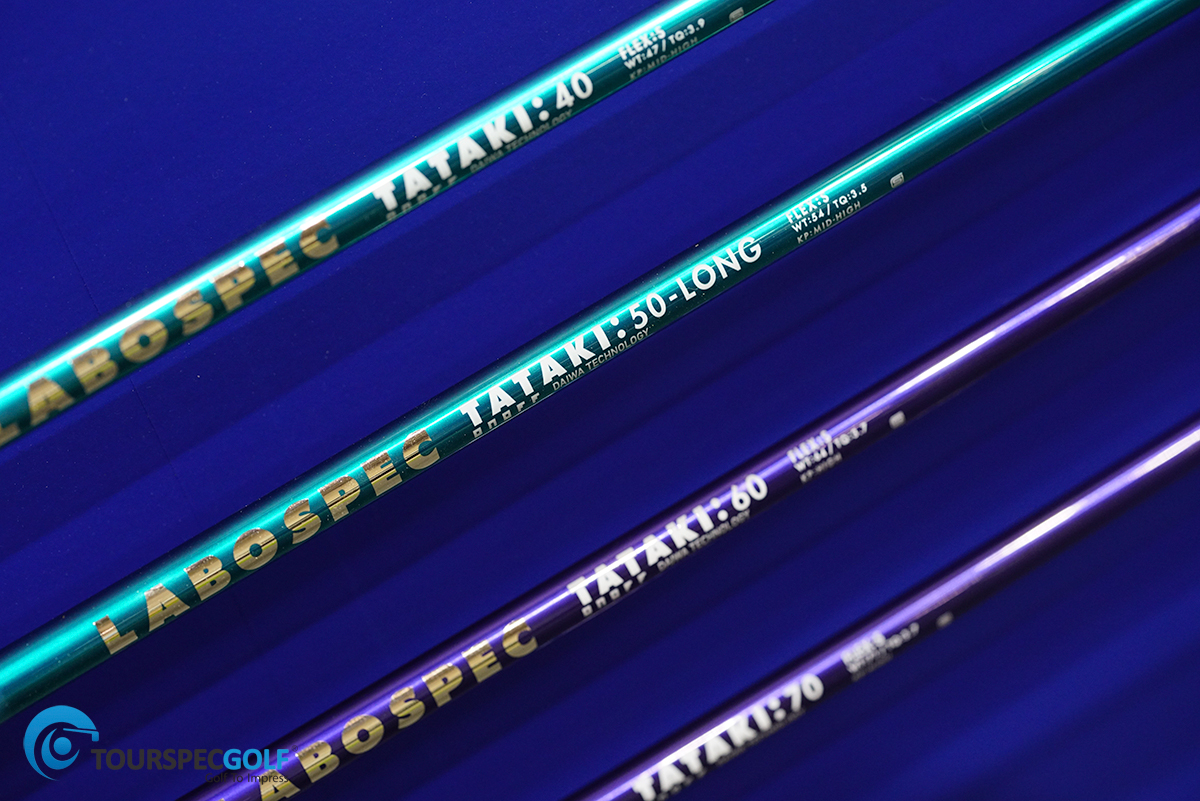 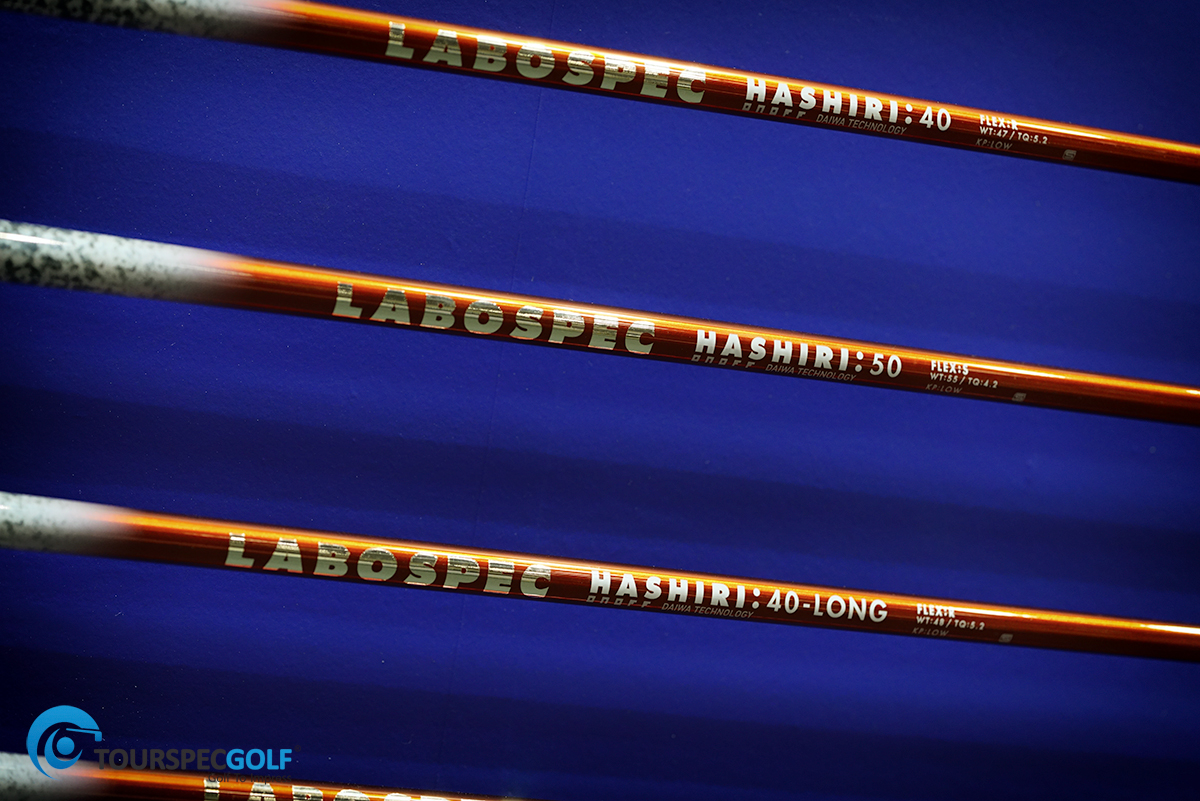 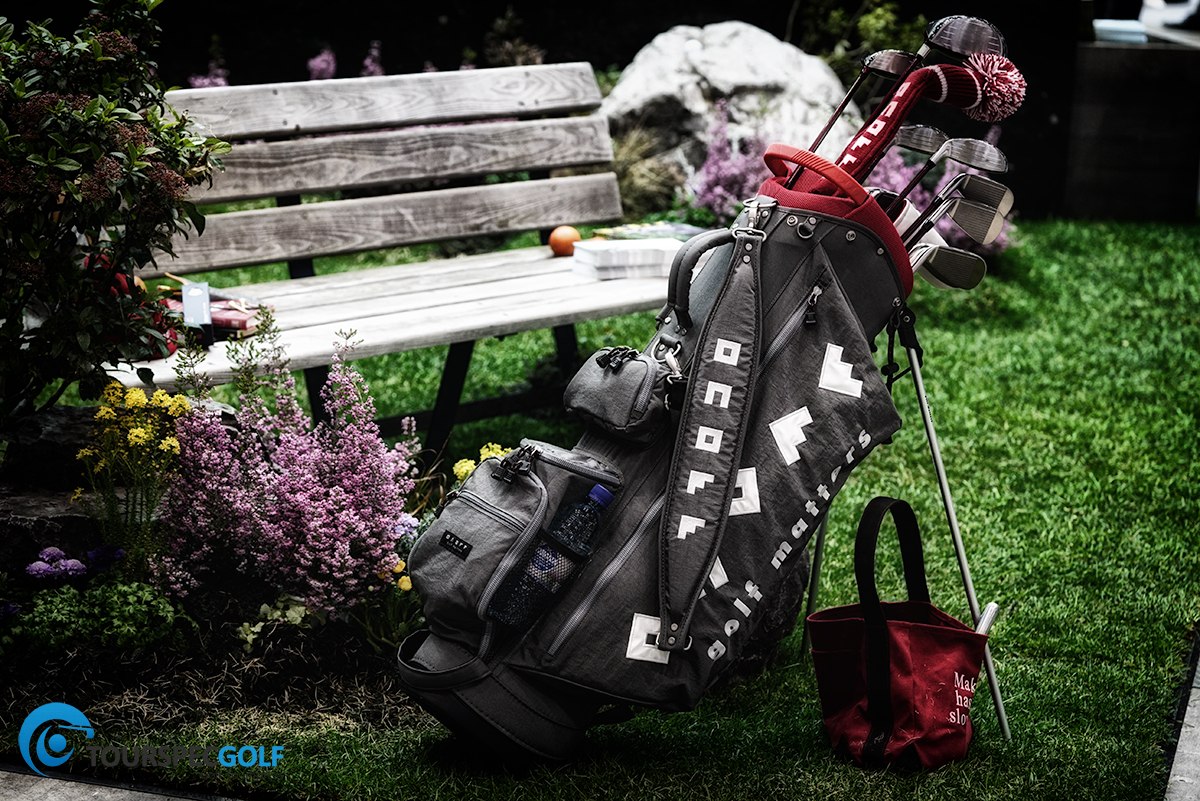