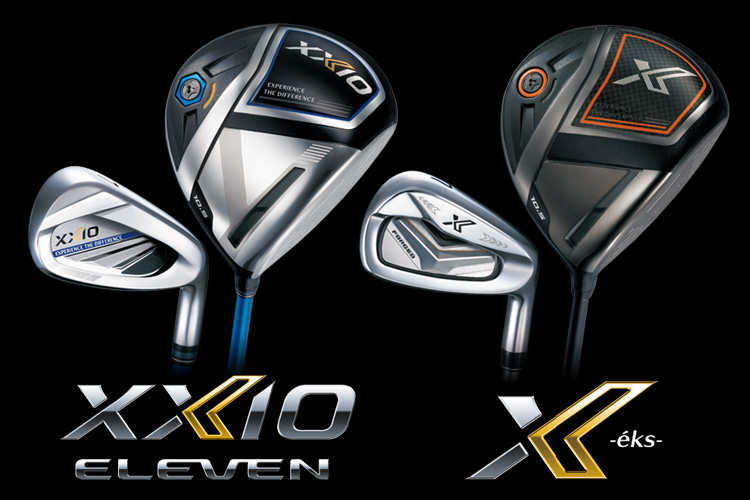 The 11th generation XXIO series has finally been uncovered. The new XXIO line is considered a “rebranding” of the XXIO brand all together and will be released in two lineups for the first time in the history of the series. The XXIO Eleven, which is designed to help players more produce high trajectory shots with ease, and the XXIO X (or “eks” as it is pronounced)  is more for the athlete golfers who want to put on a faster swing. This latest release from XXIO is fully packed with gobs of updated technology and innovations to help players of all skill levels get deeply immersed in a lifestyle full of golf enjoyment!

XXIO’s first model was born in 2000.  Throughout the subsequent series, XXIO has maintained the fundamental design concept around ease of launch, forgiveness and exhilarating sound at impact. With these solid design philosophy, the series has achieved a mind boggling “19” straight years of No.1 domestic sales in Japan!  With this XXIO Eleven and the XXIO X, XXIO is calling out for golfers to pursue a more enjoyable golf lifestyle.  Not the traditional Japanese golf outing with business associates but to truly engage in golf as an entertainment/recreation venue with friends and family. Their new hash tag along with the rebranding is:       “＃Not for Business ”

In addition to the main XXIO Eleven series, the all new XXIO X (eks) lineup has been added to support younger generation of athlete golfers who want to put a faster swing more freely.  With this addition of XXIO X,  XXIO now has products that appeal to a wider range of golfers in the market than ever before.  Now let’s take a deeper dive to learn about the new technologies and innovations they incorporated in their new XXIO Eleven and XXIO X line of products.

Dunlop’s technology to enhance distance performance on the XXIO golf clubs have extended beyond the engineering that goes into the head design. More recently, Dunlop has spent more time in understanding the mechanics of the golf swing and to come up with innovations that allow players to transition their swing efficiently into the impact.  For XXIO Eleven, they focused their efforts specifically on the  “Top position of the swing.”   With an optimal top position, Dunlop claims that players are able to swing with improved consistency through impact. The newly developed “WEIGHT PLUS” technology, which is more or less a strategic weight distribution design of the club, allows players to place the club at an ideal position at the top of their swing. With the “WEIGHT PLUS” technology,  80% of the test users experienced an average increase of approximately 4 yards compared to the previous XXIO 10 driver. The “WEIGHT PLUS” technology is also used in the XXIO X driver to provide unprecedented distance performance. 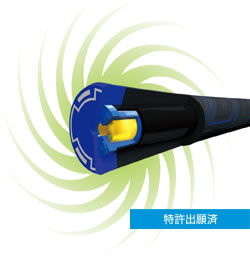 Following the tradition, the new XXIO Eleven driver has a head shape which helps generate a controlled but lively sound at impact that appeal to many XXIO users. The new XXIO Eleven features a newly developed “Flat Cup Face” which they claim is the the hottest face design in XXIO history.  It also features a body construction they call “Star Frame” where they have further reduced the weight of the crown and sole across a wider area.  The “Flat Cup Face” and “Star Frame”  together produce an effective sweet spot that is a whopping 72% larger than the previous model!

The XXIO X driver on the other hand uses “Carbon Fiber Multi-Material” Construction  but also features the “Flat Cup Face” used in the XXIO Eleven driver.  The sound at impact is engineered using a “Carbon Fiber Sound Rib” structure which results in a sound that can be described as a metallic sound with shorter resonance and should appeal to the athlete golfers seeking an explosive sensation at impact.

“CANNON SOLE” allows for more flexing of the sole.  For the Fairway Wood,  it extended the joint of the cup face by 2 mm and extended the width of the thin section by 132% compared to the previous model, thereby increasing the flex of the sole.  In the hybrid, cupface joint was extended by 4 mm, and the thin section of the sole extended by 267% compared to previous models.  This technology helps expanding the effective sweet spot which translates into a larger area on the face that produces high ball speeds.

“XXIO Eleven Iron” incorporates a newly developed “TWIN GROOVE” technology that utilizes the flex of the body to achieve consistent but enhanced distance performance. Inside the cavity, in addition to the conventional groove behind the face, another groove about twice the depth is placed, which helps with additional flexing of the Titanium face during impact.  The head also adopts a newly developed “4-piece structure” which allowed them to place the CG in an optimal location.

For the XXIO X Forged irons,  a “SPEED GROOVE FACE” is utilized to allow additional flexing of the face. And thanks to the Forged Carbon Steel body, two-piece construction, it creates a nice soft feel and sound at impact preferred by athlete players.

At address, the XXIO Eleven irons provide a look that inspire confidence and forgiveness with just the right head size and the right amount of offset.  The new XXIO X Forged irons on the other hand, have less offset and a slightly reduced head size compared to the XXIO Eleven which is the preferred look for the athlete players.

The exciting all new XXIO Eleven and XXIO X series clubs will officially be released in December 2019. However, it is available as Pre-Order now at TourSpecGolf.