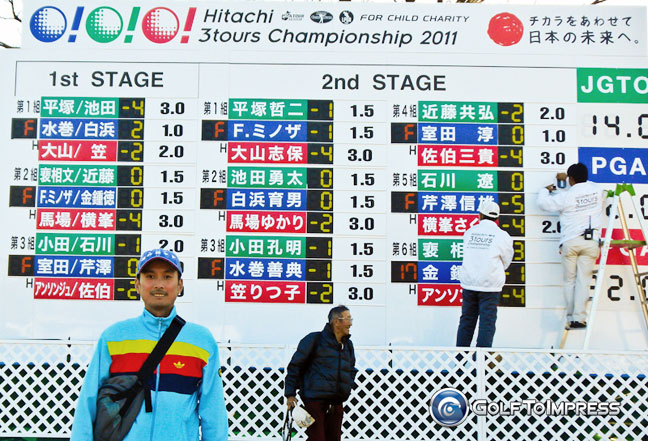 I was invited to the season ending Tour event at beautiful King’s Fields Golf Club here in Chiba. The Hitachi 3tours Championship is held at the end of every season to benefit children charities here in Japan. Top players, 6 on each team, representing the JGTO (Japan men’s tour), JLPGA, and Senior PGA Japan compete against other for bragging rights only. All proceeds from the tournament go to charity. The morning starts off with 3 groups of 6, or 2 on each team playing alternate shot. This goes for 9 holes. The afternoon session sees 6 singles matches pitting a top men’s pro against a senior pro against a lady pro. Points are scored 3.0 for a win, 2.0 for second or 1.0 for 3rd (both points are split in the case of a tie). 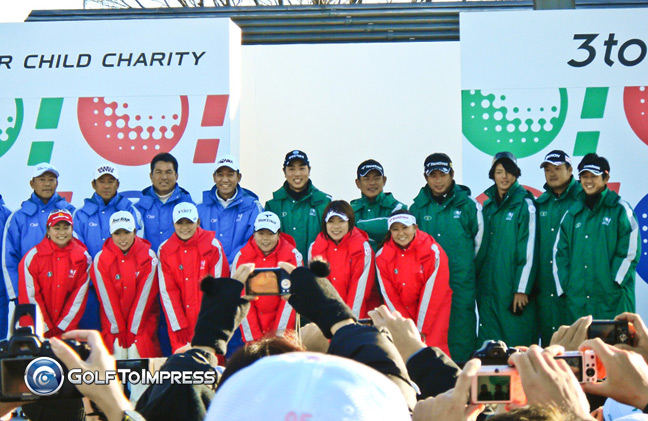 The men’s team featured top pros like Ryo Ishikawa, Yuta Ikeda and money leader Sang-Moon Bae. The senior side was led by Nobuo Serizawa and Kiyoshi Murota while the ladies team featured Sakura Yokomine, Yukari Baba, Ritsuko Ryu, Miki Saiki, Shiho Oyama and money leader Sun-Ju Ahn.  Players are very relaxed as the tournament is for fun and they joke around and simply enjoy the last event of the season. 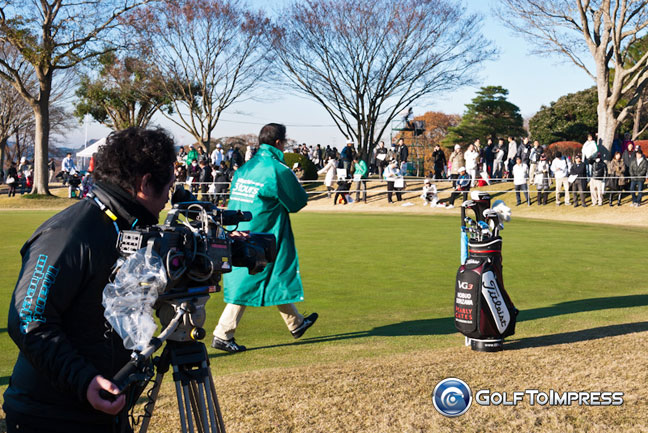 Camera crews and media were out in full force and I was lucky to get spotted on the tube a few times by neighbors thanks to my bright blue top (see first pic)… seems like everyone else was in black or white. 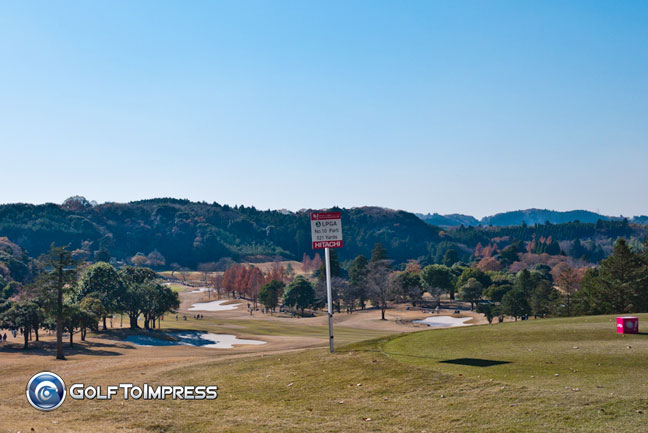 The weather was simply amazing and actually quite warm for almost mid December. Though the grass has browned for the winter the course was in amazing and rather lush conditions.  For the 3tours event, the tees are of course staggered with Men’s pros playing from the Champions tees, seniors from the back tees and ladies from the regular tees. The ladies were on a roll all day and even though they had to content with over 500y par 5’s, several girls were able to get 2 and dominate the scores with superb putting. 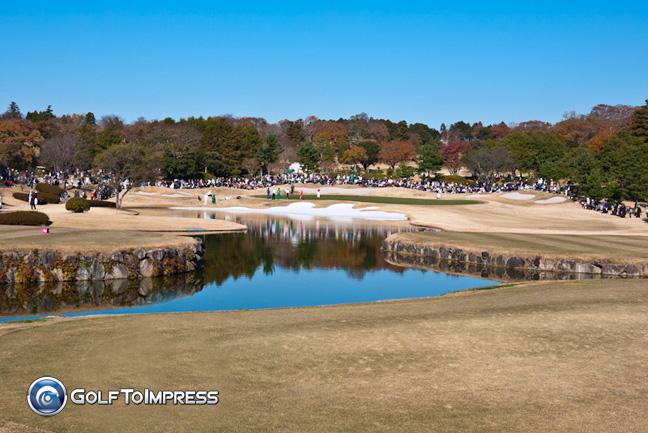 The girls won the first 4 singles matches, followed by a second by Sakura and Sun-ju splitting first and second points in the last group. It was enough for them to have a dominating 24.5 point win versus 16.5 for the JGTO and 13 for the PGA Seniors.  All in all a very fun day and I look forward to the 2012 season! 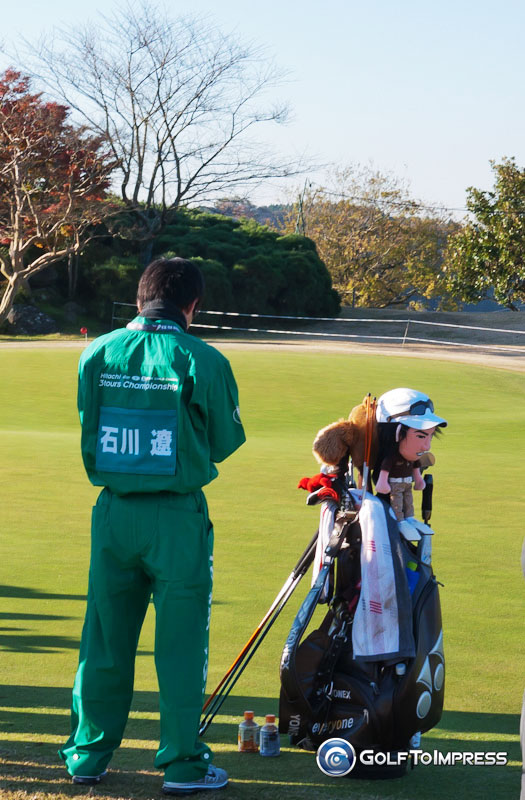