in Drivers, Featured, New Equipment
698
VIEWS
Share on FacebookShare on TwitterShare via Whatsapp 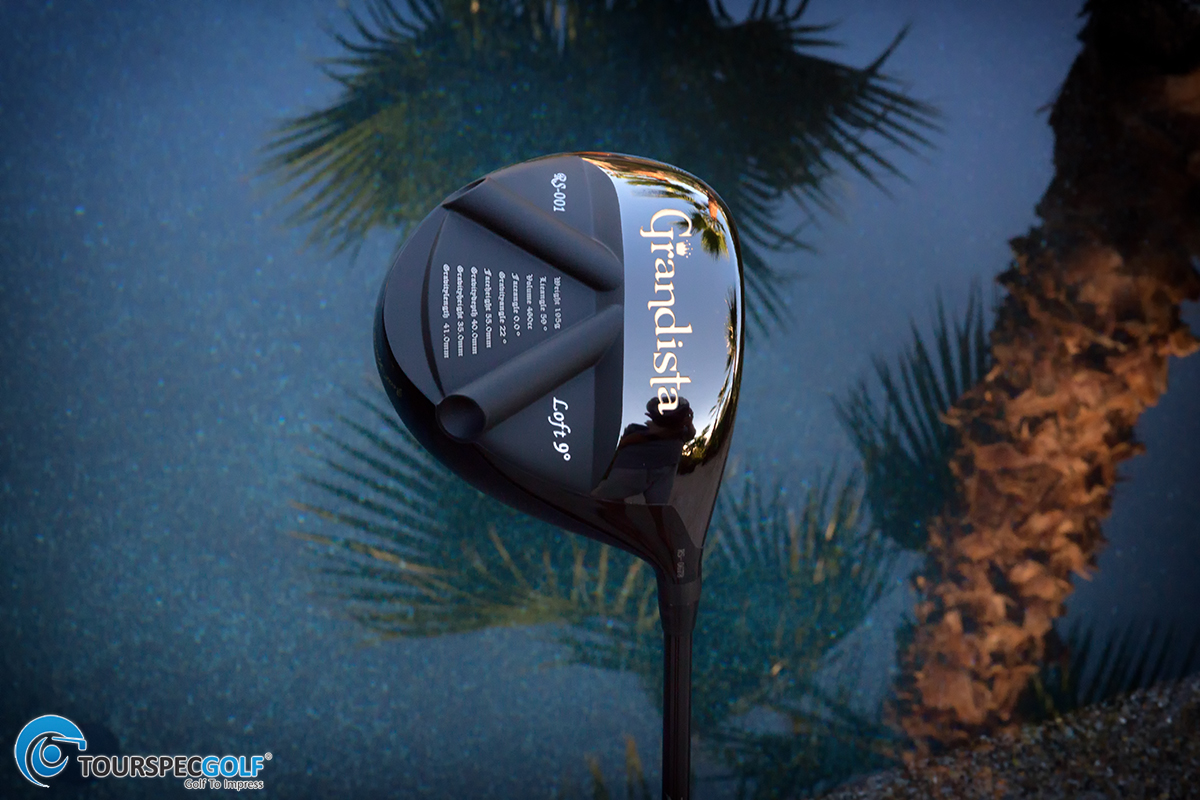 Gradista Golf Driver -When TSG offers new brands we usually look for a particular type,  brands that have a full line up and release products annually,  brands that have a unique difference about them like top of the line materials from Japan and ultimately brands that produce products that perform,  in this situation Grandista Golf only has 1 product in their line up ( with 2 variants ) so why did we decide to offer it?  Because after a few whacks at the ball it was obviously a performer and we are proud to announce our relationship with them.

Not only is the Grandista Driver unique but it’s really well thought out in it’s design,  one of my favorite things is that they use DAT55G from Daido steel co in Japan,  yes look for the “G” when shopping DAT55 because that’s the one you want this material is one of TSG members favorite on drivers it produces slightly faster ball speeds than the others and of course costs a little more as well.   Lots to share on this excellent excellent driver so follow the jump…. 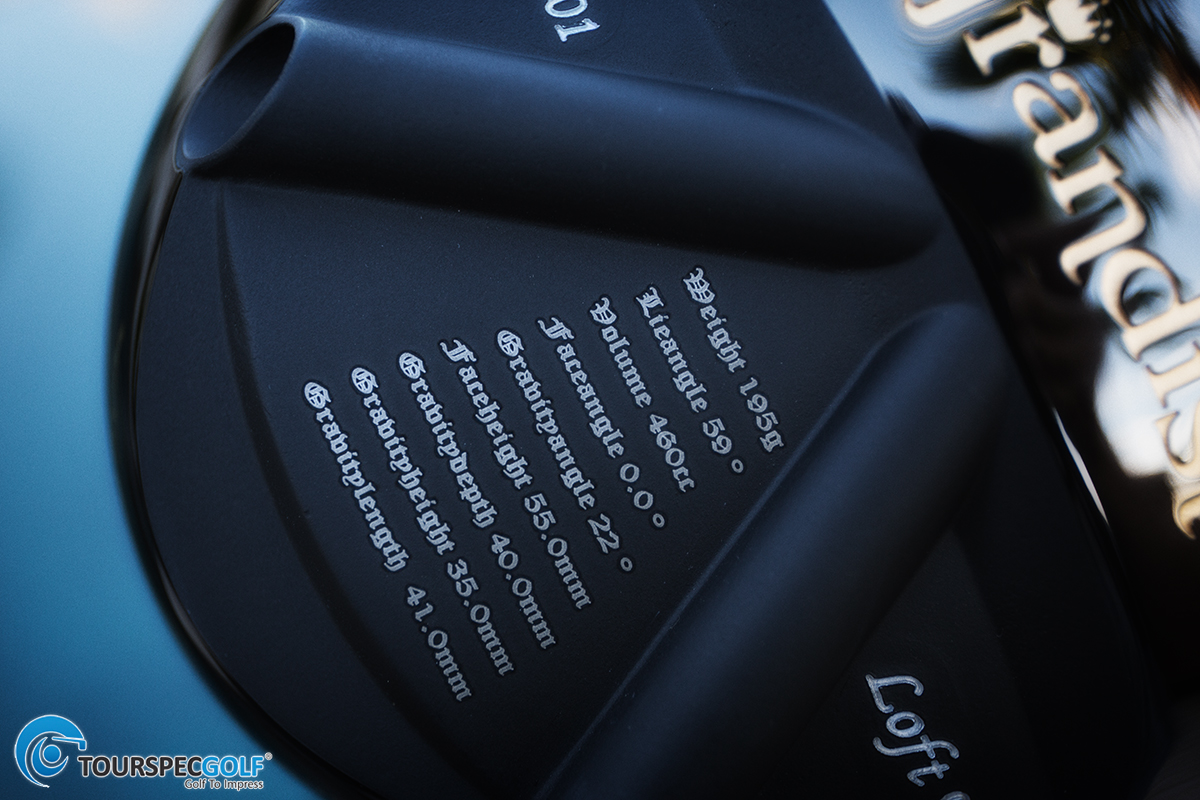 I guess I don’t have to say much about the specs right?  It’s written on the head itself  i’ve never seen a brand do it like this,  they even have the CG length/height/depth and face angle printed in old english :)

Let’s take a dip into what makes this driver great before I share my brief thoughts on it.  First and most interesting they market the Golden Ration this is something Japan uses a lot in multiple industries and in this case the gravity length, depth, and height all correlate to it,  now I don’t know how that really plays into it’s performance but bottom line is something they are doing works really well.

It’s actually available in 2 different face materials, SP700 (Type-S) or DAT55G which is considered a best in class titanium alloy for driver faces due to it’s spring-like effect also known as CT “Characteristic of Time” that the ball is compressed against the face and in this case it’s VERY high at CT=257.

The crown of the driver is made of a special carbon material  which helps in getting the CG lower a bit this was required to get the gear effect to function properly and lends itself to a naturally high trajectory with low spin rates.   The tube looking things on the sole they call Roll Bars and that provides enough weight to create the cut away which allowed them to push the CG more forward. 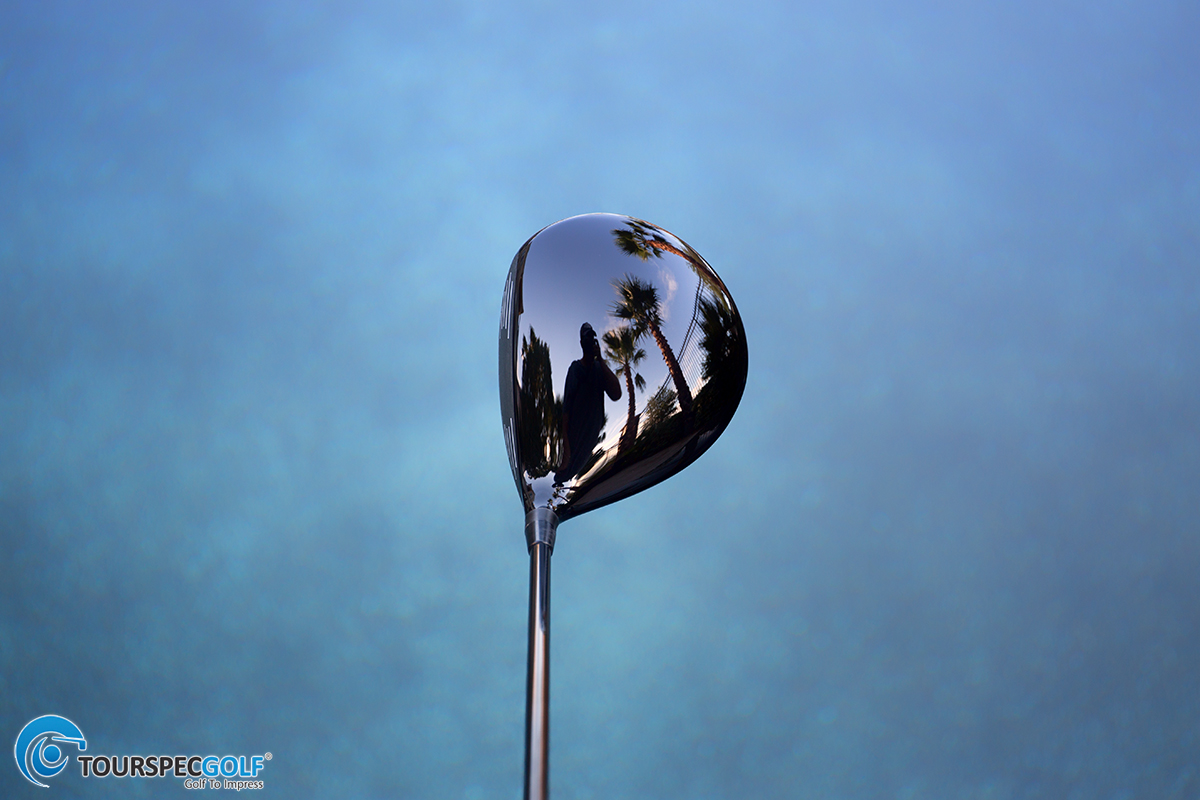 So lots to love here but my favorite part is the head shape,  Grandista spent a lot of time researching this aspect of the driver by asking pro’s and top amateurs what they like to see at address and hands down I agree with the many in Japan who think this is the best shaped 460cc driver on the market today.  Bold statement but I’ve seen and own a lot of JDM clubs and in hand in person nothing looks as good as this one.

The driver is square faced available in 9 or 10* lofts and isn’t very expensive either compared to other JDM clubs. 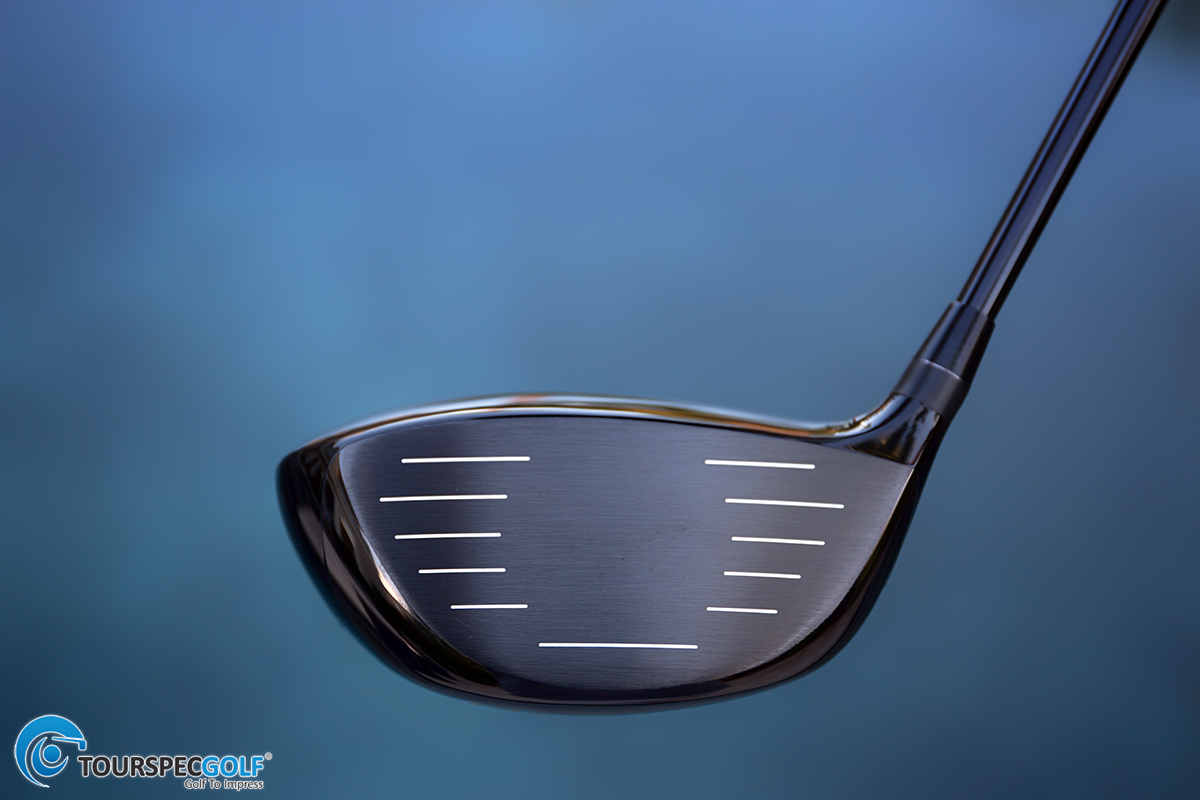 Face is in-between deep and shallow which I also like,  no complaints here it’s near perfect in my book. 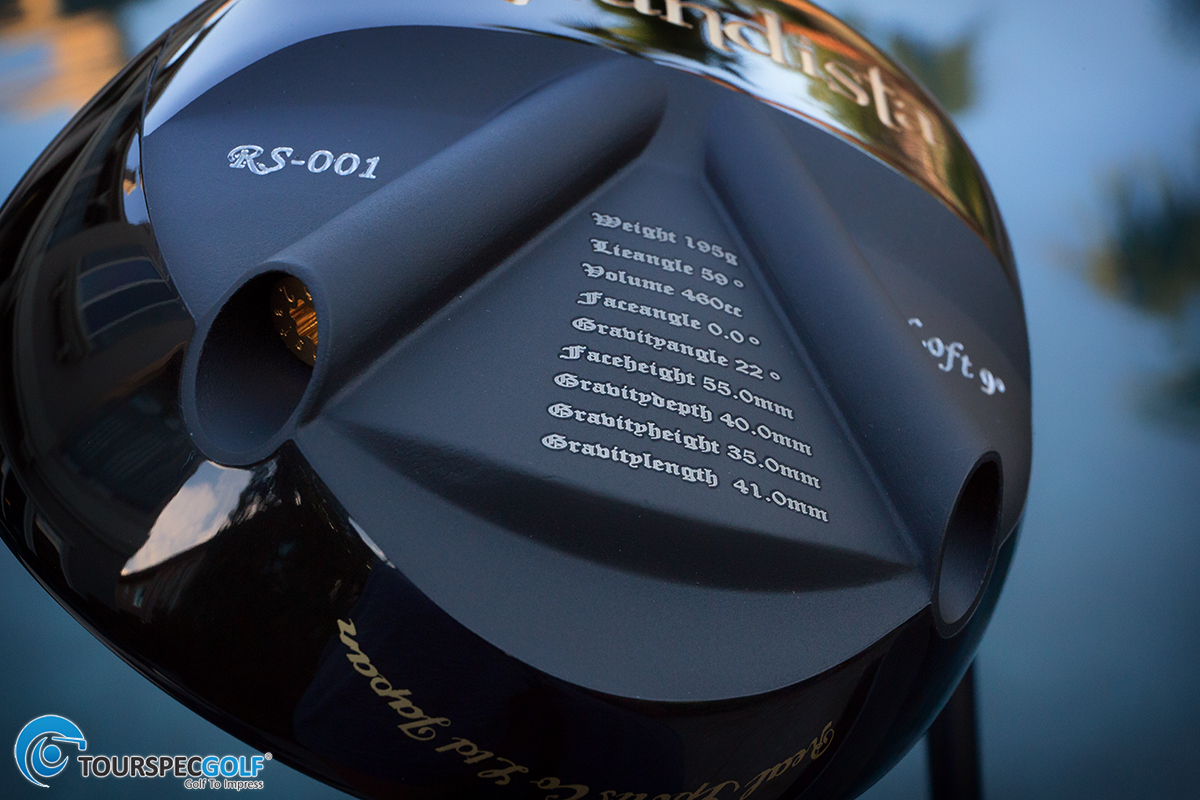 The golden weight at the end of the Roll Bar is for the brand to adjust weighting as of now there isn’t any weights or a wrench available to tweak the settings yourself but no biggie as I would advise against it even if we could do the tweaking on our own.  Time for my thoughts on performance… 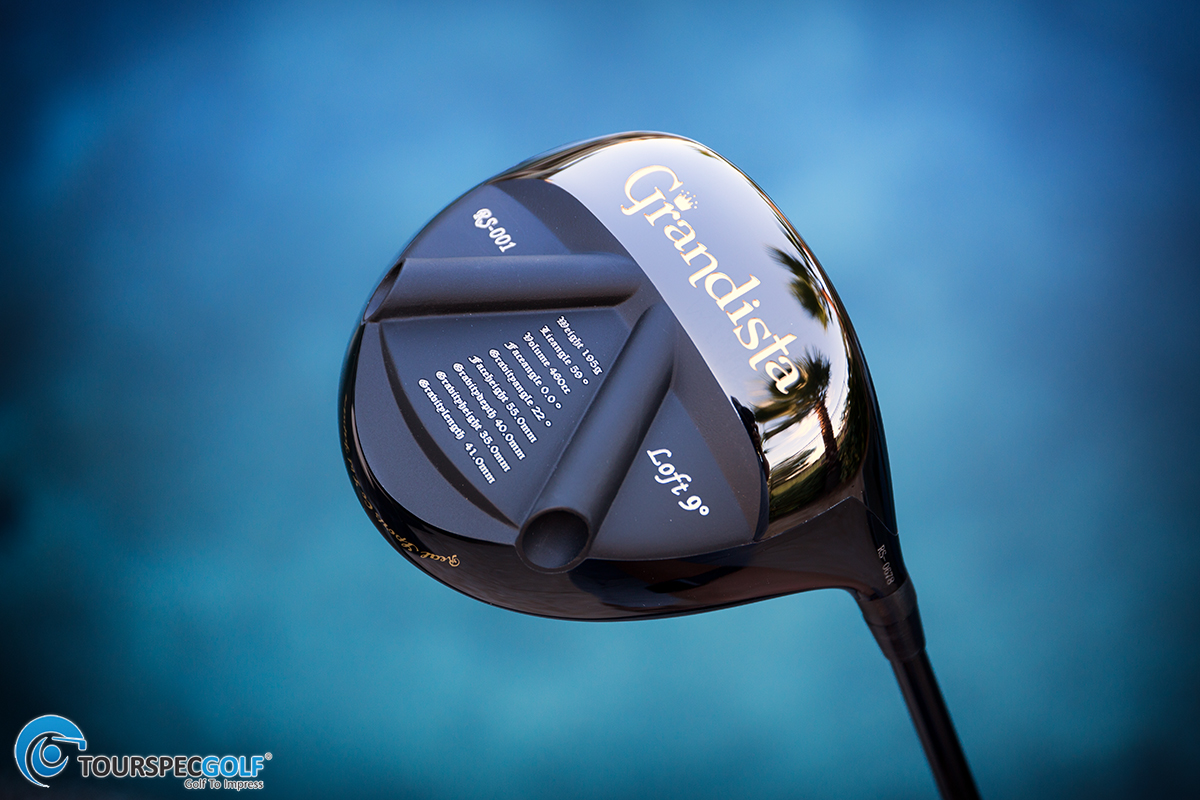 Ok so I’m playing it to 45.5″ D2 with the all new Crazy Regenisis LY-01 in Stiff,  I’ve had this club just under 2 months now and I’m comfortable saying a bit about it.

Feel/Sound – outstanding!  typical DAT55G but in the Grandista it’s slightly altered due to the carbon crown,  the only way I can sum it all up is soft & poppy crunch with a only a hint of hollowness to it…  Not super loud not mute either its right in the middle.

Distance/Trajectory – In an age where all drivers pretty much produce similar distances this one while still in that boat I believe will offer certain players more distance than they would expect,  I’m a high ball hitter most of the time and the 9* produced a higher low spinning ball flight of course shaft has a lot to do with the launch angle I’m getting but at 9* it seems to play closer to what most people would consider 10* in todays drivers.   With the right shaft this driver has a lot potential to be one of the longest.

Dispersion – Thanks to low spin and a good shaft I was able to hit straight shots,  for those “in the know” who have hit Jbeam drivers this is almost as straight as the Blackout 435 minus the incredibly low ball flight.

Comparison to my gamer – My main gamers are Jbeam Blackout 435 & ZY-11 both with Seven Dreamers distance shafts and I’m itching to take one of those 7D’s and install them in this one.  The spin rates are higher than the ZY-11/Blackout but what I like about it is the higher trajectory for more carry on non windy days.  The Grandsita RS-001 is good enough that I put it on par with Ryoma & Jbeam as far as performance and feel goes.

Hope you enjoyed my review,  The Grandista R-001 is now available and shipping in the TSG Pro Shop ( Click Here ) 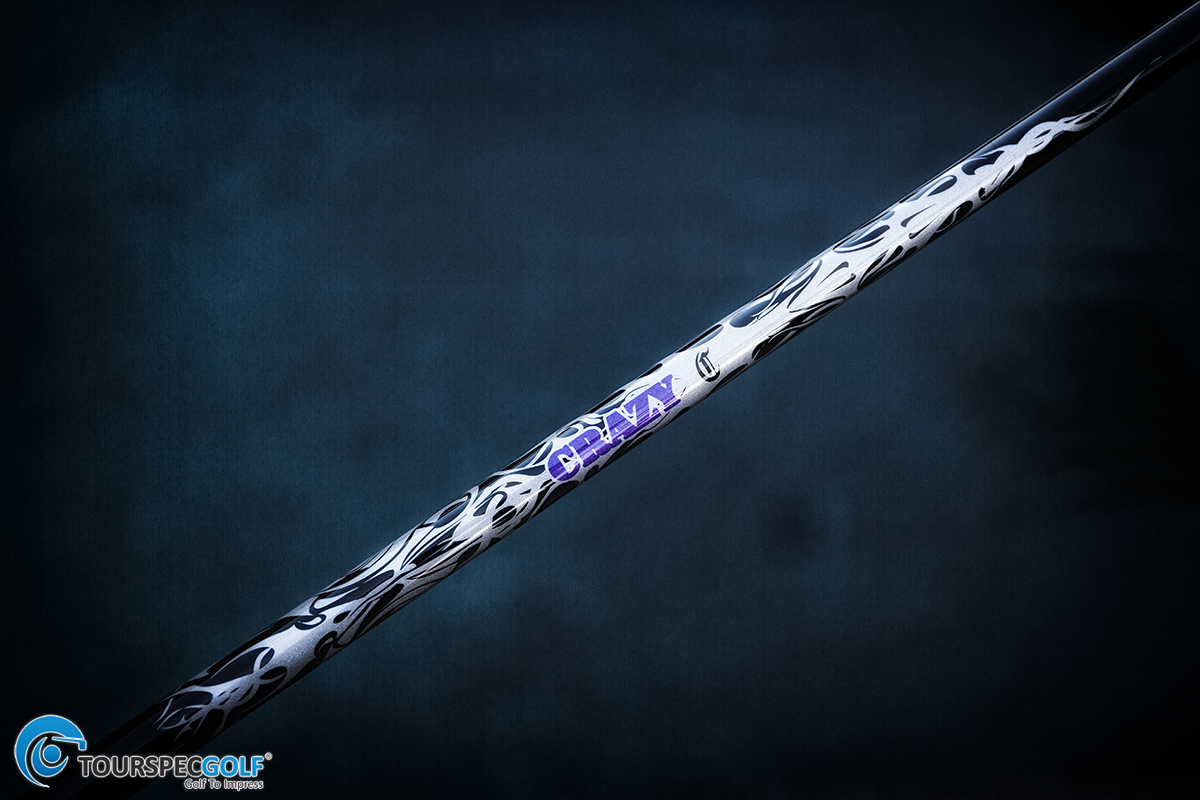