More on my visit to the Crazy Factory last week. While talking to the guys at Crazy about shaft designs and future products as well as checking out their new Caddy bags I ended up stopping in their back room where they keep some of their stock of shafts. There were several boxes with model names, actually model numbers that I did not recognize so I asked their sales about it and it turns out they have quite a few prototypes they are developing. 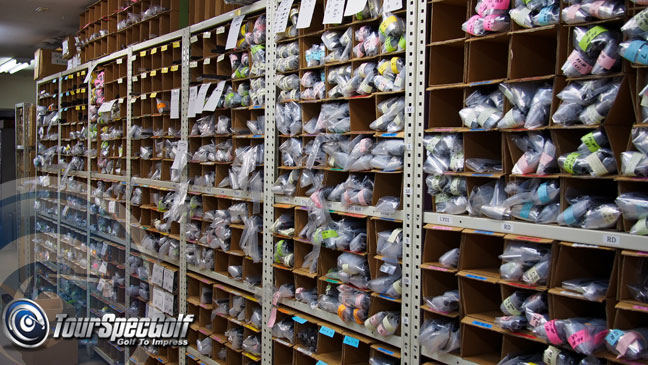 As we all know, the Royal Decoration shaft has been one of the most popular and explosive shafts ever offered at TSG. The sub 50g high modulus carbon shaft is a superb distance shaft but due to its light weight and higher torque, was really the best fit for those with very smooth and easy swings. Crazy worked to expand on this and have come out with TWO new RoyDeco prototypes that will be going retail in the fall however we convinced them to let us sell the prototypes to our many Crazy shaft fans! The two prototype models are coded the 513 and 531. They come in similar flexes as the original RoyDeco and are even the same weight with just about the same torque numbers.  The difference is in the way Crazy has redistributed the rigidity of the shaft and changed the flex stiffness slightly as well as the kick points. 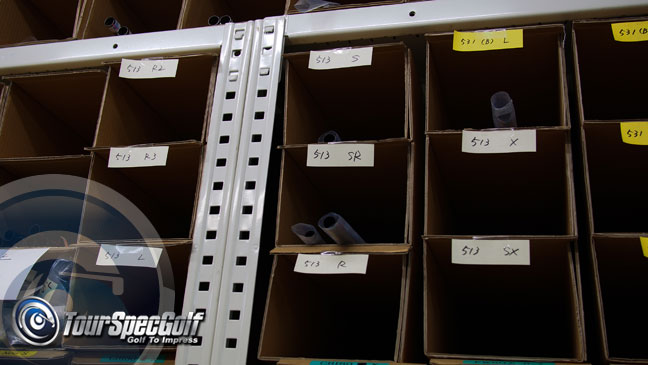 The original Royal Decoration shaft is already one of the easiest shafts to load and feel kick before impact. Enter the RoyDeco 513 Prototype which takes this kick to yet another level. For those really struggling to square the face and stop the slice the 513 squares faster and kicks harder than the original thanks to a more active center and tip area. The original RoyDeco is actually stiffer in the tip and softer in the butt for great feel with stability and a mid kick. To counter the more active tip area in the 513, Crazy moved the kick point to a mid high kick which balances out the launch and keeps it strong and penetrating as many found in the original RoyDeco. Its hard to imagine there can be an even harder kicking shaft that the original but the 513 promises to do that! 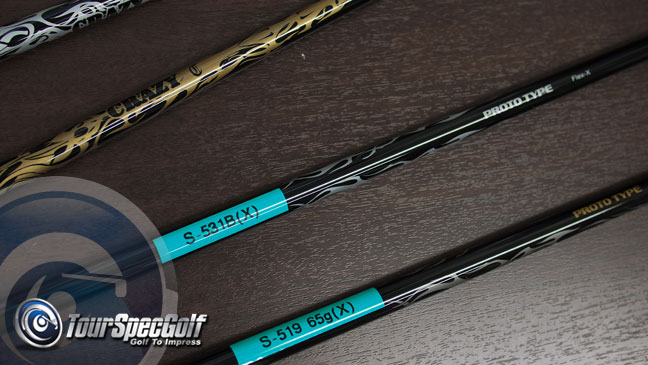 The new RoyDeco 531 Prototype on the other hand addresses probably the only weakness of the original RoyDeco, and one that exists with any sub 50g shaft really, its ability to match an aggressive hard hitter type of swing.  Crazy has stiffened up the 531 especially in the butt area for more stability and control for the faster swinger. Again they have moved the kick point to mid high to make for a strong penetrating launch. The stiffer butt luckily does not overly effect the feel of the 531 proto thanks to its already high torque numbers but is said to help with those who got aggressive and felt they were overpowering the original RoyDeco. Along with the 513 and 531 Prototypes, Crazy also showed me their Royal Decoration Fairway Wood Prototype shaft. This is a 50g fairway wood shaft made to keep the right side out of play and provide that same great feel and kick and big distance the driver shaft does. 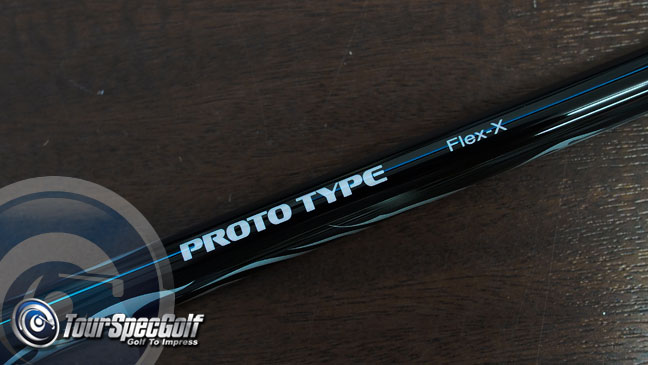 As you may have also noticed a couple of pictures above, there is a 519 Prototype below the 531. The 519 is the 50t replacement for the super popular, hard hitter, aggressive player Crazy Black 50! This mid 60g shaft like the original CB50 is the ultimate control shaft but with improved feel and distance performance.  Crazy is very excited about this shaft especially for players who swing 110 to 130mph!

Now as I mentioned above, the great news is that TSG has access to these Prototypes before they go retail. Prices are the same as their original models and all prototypes are available in white or black. Numbers are very limited so you must contact us directly to order. Get these models before anyone else!