We received some preview pictures of the new Crazy 435II driver which looks very very nice. Like the original 435, it will be 445cc in size (yes its 445cc but called 435… go figure!).  It will keep its compact head shape, though it apparently looks better at address according to Crazy, and mid deep face. It will have 3 adjustable weight ports and it tentatively features a black IP sole and face. and a pearl black speckled crown.

The new 435II is co-designed by JGE (JBeam) and Crazy and made in Tokyo at JBeam.  It’s made to have the same explosive distance and trajectory as the previous model but with a hotter face, larger sweet spot/higher MOI and slightly lower and deeper CG.  Crazy has just submitted the driver to the R&A for approval and will be officially released in early August! Look for Tourspecgolf to test the driver soon! 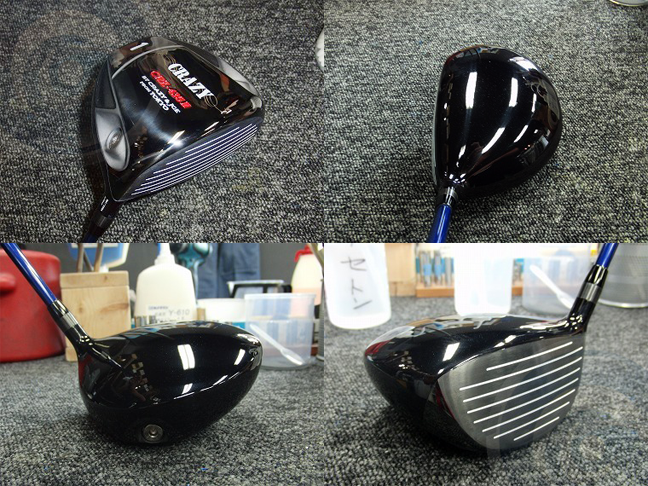