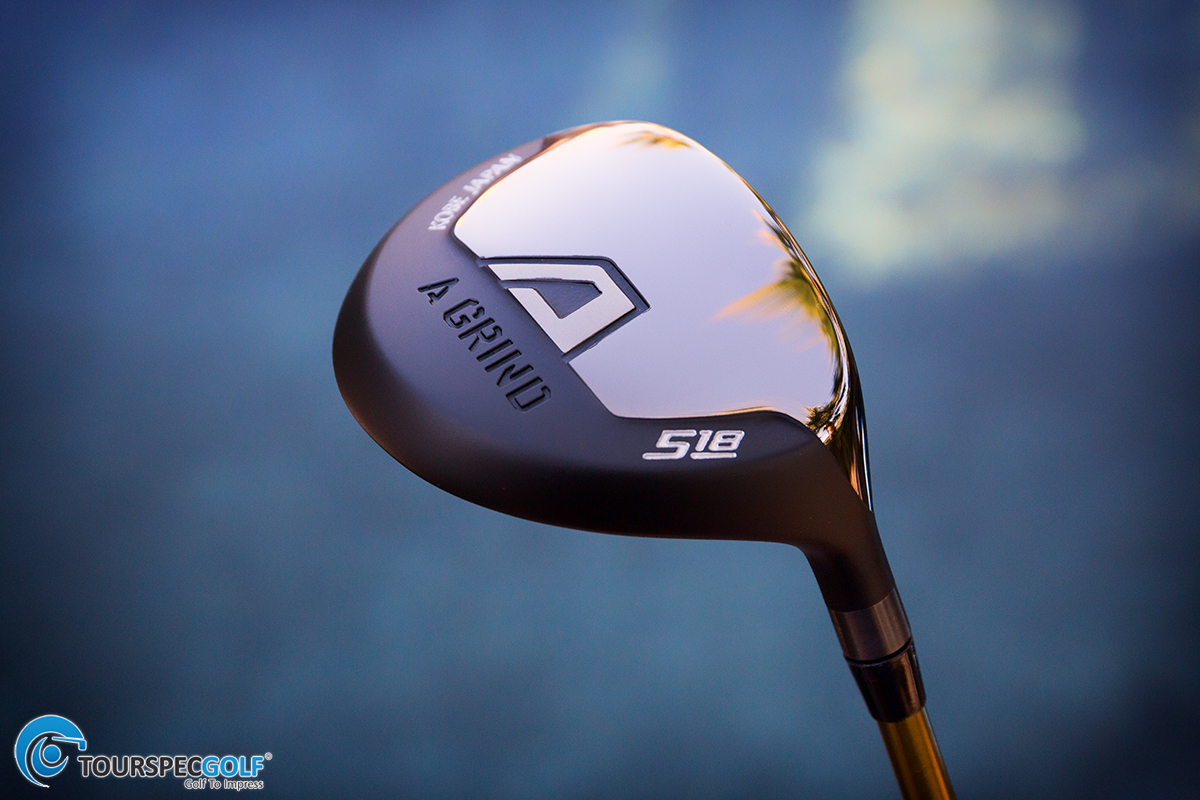 It’s been less than a year since A-GRIND has opened its doors to the public originally they were only found via the Tour Service on the Japan PGA Tour and they were not for sale given away by Ako-san who is part owner and designer of the company not to mention the lead designer for royal collection for more than a decade.

The connection with RC is apparent in this Fairway Wood,  Royal Collections most successful products were it’s fairway woods and now that Ako-san has left and started his own company the DNA of the design has gone with him. In this blog post I share my long term thoughts on the A-Grind Fairway Woods.  Follow the Jump to Read On… First I have to say Pardon the gap between the neck and the ferrule,  this is a brand new head in the photos not epoxied to any shaft which is why you see the gap,   I simply stuck a shaft in there to take these pics.  My gamer which is a 14* that I’ve had  for many months is beaten up pretty badly it’s been borrowed by others shafted and re-shafted again and brutalized even with sky marks so we preferred to use this new head for these shots.  So yes pardon that gap.

The above image shows what could be one of the most beautiful fairway wood faces I’ve ever seen.  Ako-san only had the option and funding to make 1 new model fairway and for those that follow RC has had many over the years so Ako-san’s goal was to take the best of the more than a decade worth of RC woods and combine them into what he considers the ultimate players wood.  It’s not deep it’s not shallow it’s juuuust right! 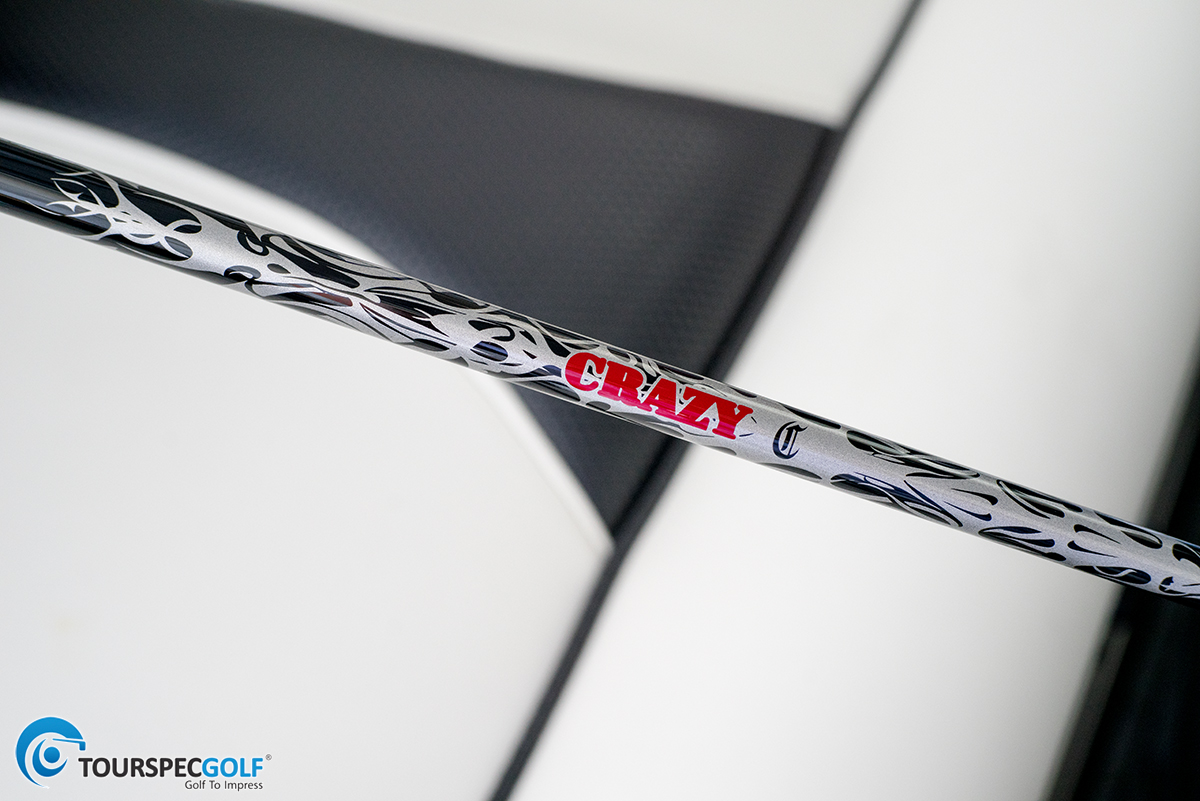 I’m playing mine at 43″ with the brand new Crazy FW80 “Regenesis” and let me tell you this wood/shaft combo is a sleeper.  Originally I had the normal FW80 installed and that is my all time favorite FW shaft it’s heavy and stable with a tight dispersion so when the new FW80 regenesis arrived prior to any specs being released I had to try it and to my surprise the shaft was very different yet shared some of the originals most positive qualities.

The new regenesis is 3 grams lighter in the same flex as the original,  it’s got a smoother feel with a softer butt section and a more powerful kick yet it maintains that straight trajectory and it’s still made of full-length 80T made by the Crazy Factory in Adachi.   The 80T in a fairway shaft really stablizes the dispersion and while the original was for sure a mid trajectory the new regenesis is a mid/high launch which is what you want in a fairway wood. 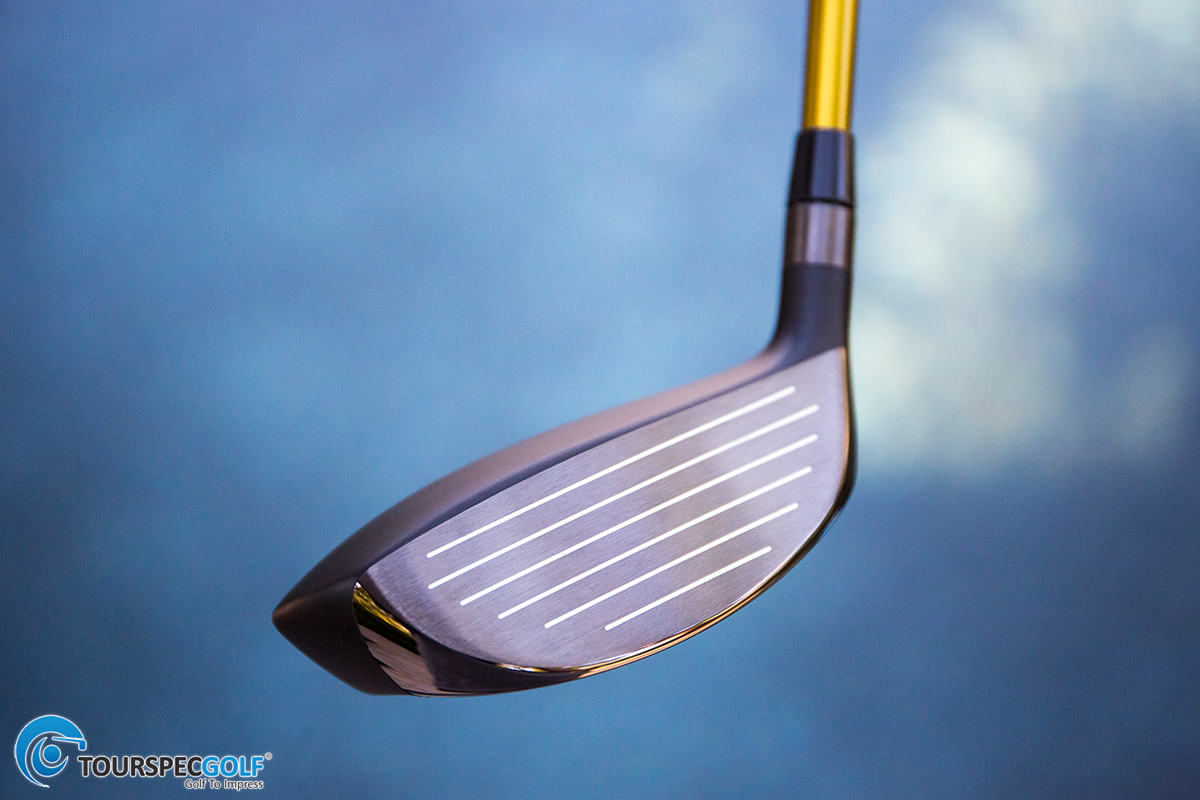 The feel off the face is spongy metallic as it’s made with a 455 stainless steel it has a shallow center of gravity with more weight placed forward all of these are specifications geared toward the better player but don’t let that scare you if you are a mid capper as I found the face profile to get the ball up in the air easier than most,  it’s just when it is in the air it will not balloon on you.

I didn’t find distance to be as long as some of the Neo FW’s out there ya know those bigger oddly shaped designs but that is not what this is going for,  it’s designed around feel,  workability,  and its stunning looks don’t get me wrong it’s long the ball pops off the face with intention. 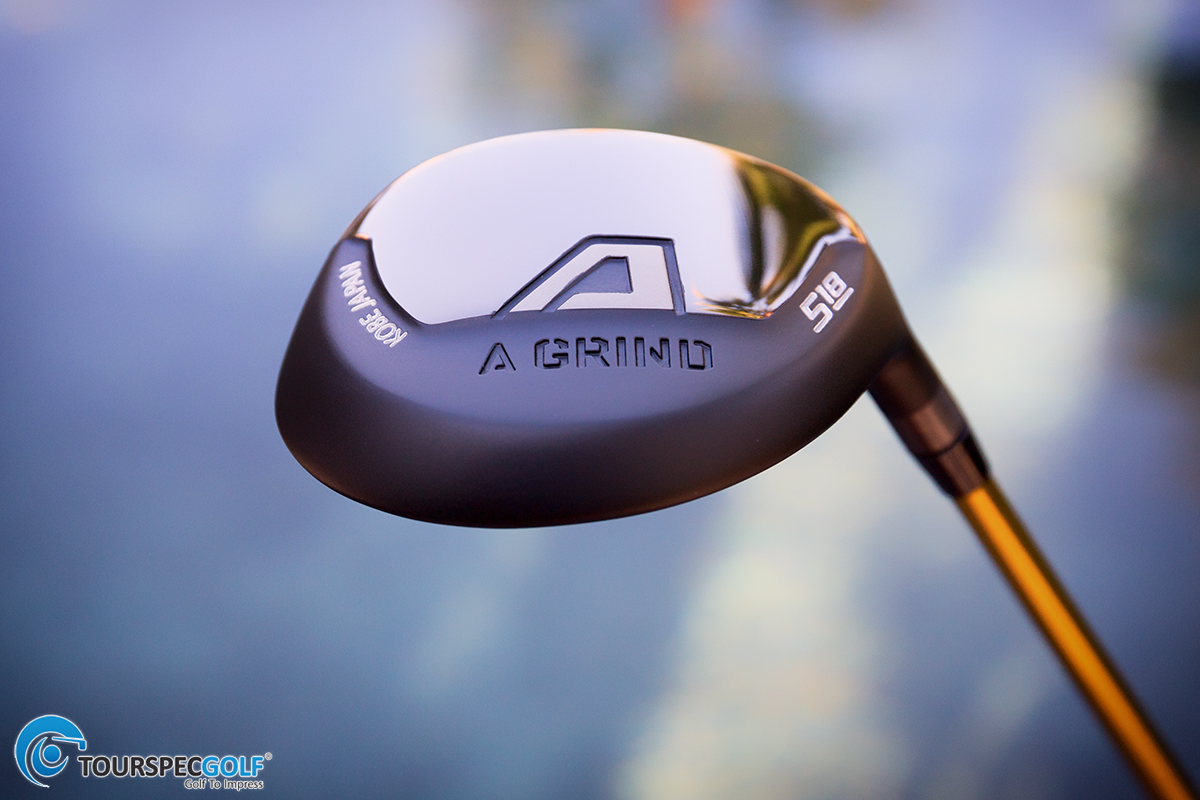 Forgiveness is extremely good considering how compact these are and the ball flight is very stable with less spin due to it’s forward CG.  I play square to 0.5 closed on the driver but for fairways and UT’s I prefer an open face angle.

I would say naturally this head produces a mid-trajectory so pairing it with a higher launching shaft can squeeze out more yards if thats what your looking for.  For me with the softer profile of the new FW80 regenesis it’s a match made in heaven. 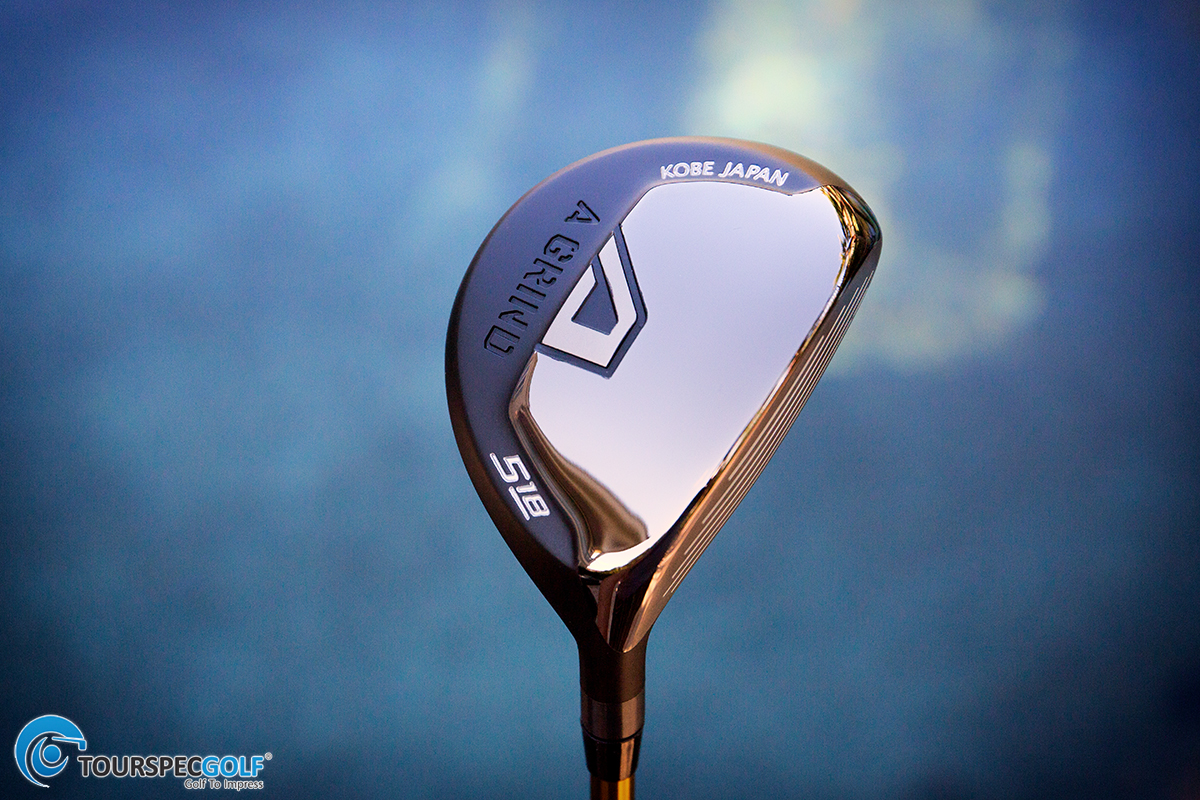 Other than RC woods it’s hard to compare this to anything else,  they are smaller heads,  they have the semi sharp angles in the face profile,  they are not deep nor shallow and with the removal of mass in the back of the sole it means less weight back there which keeps spin down and your shots straight,  these are not all that expensive either so head on over to the TSG Pro Shop to check it out.

Suggested builds,  I would say the new FW80 & CB50 or best to consider as well as TRPX’s Red Hot FW Shafts between those you should be covered.