in Drivers, Featured
346
VIEWS
Share on FacebookShare on TwitterShare via Whatsapp 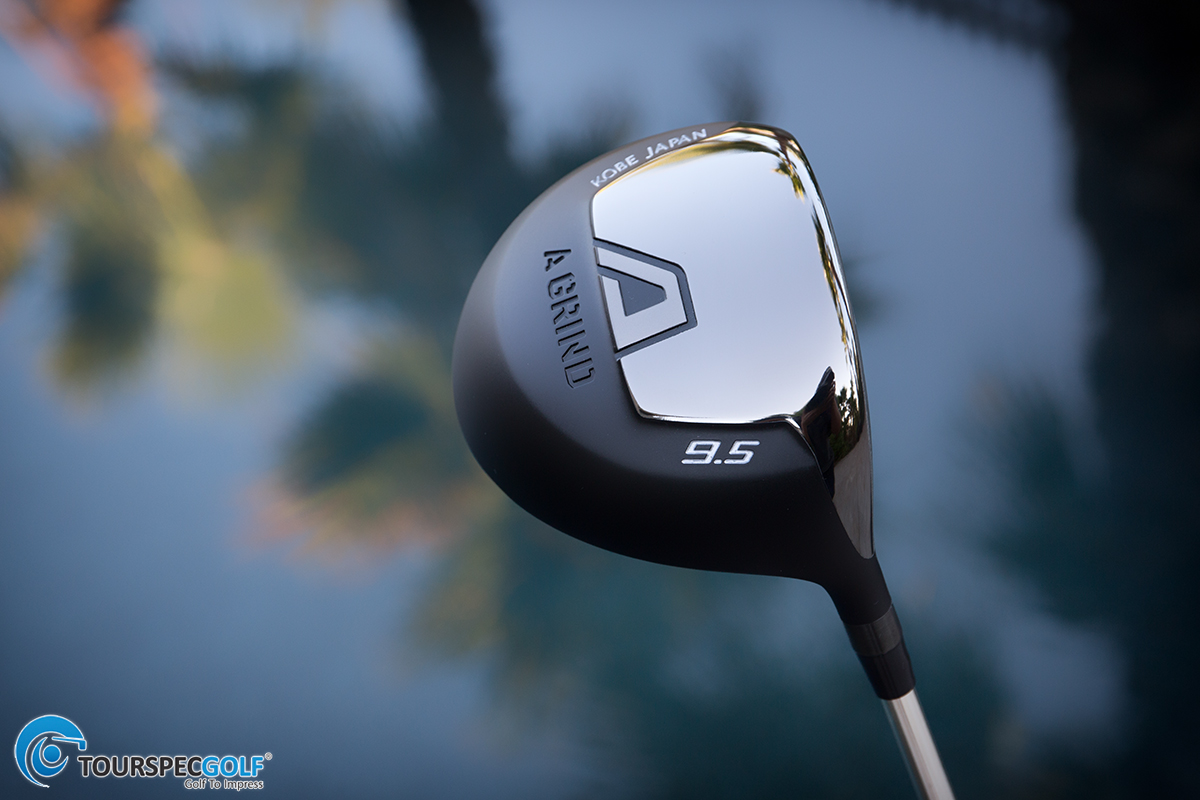 A-Grind 440 Driver has been released and is now listed in the TSG ProShop,  I must admit I wasn’t too excited for this one as in my opinion the smaller headed,  harsh feeling,  and not forgiving at all Classic 350 A-Grind driver would not last in a discerning players bag for a full season it was more it’s sex appeal that drove sales of that model but now this 440cc version is an entirely different beast this one I can see in the bags of many it’s looks are simple and sleek with no external weights or adjustable adapters and best of all it fits a wide range of skill levels.  Follow the Jump to read our review… 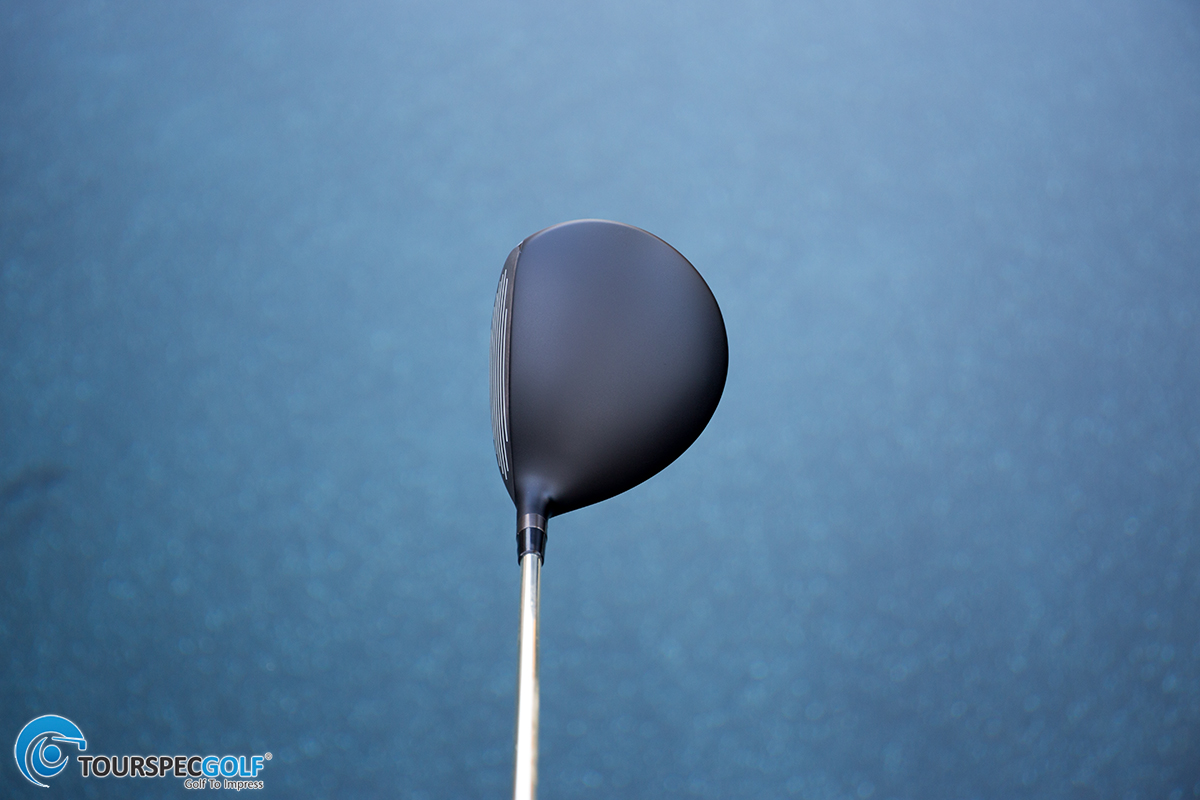 Appearance | it’s pretty much perfect and hard to find a driver this size with a better shape anywhere,  this photo captures what I’m saying but in person it looks even better,  The 9.5* lofts all come with a 1* open face angle standard while the 10.5* is still 0.5* open.

It’s matte black finish from crown to sole is smooth with none of the unnecessary  dips and cavities and channels most brands try to lure you in with.  In the photo below the face is also “just right”  not the deepest and definitely not shallow it has a longer heel to toe length than most deep JDM drivers with confidence simply based on it’s appearance at address and face on it’s tops in my book. 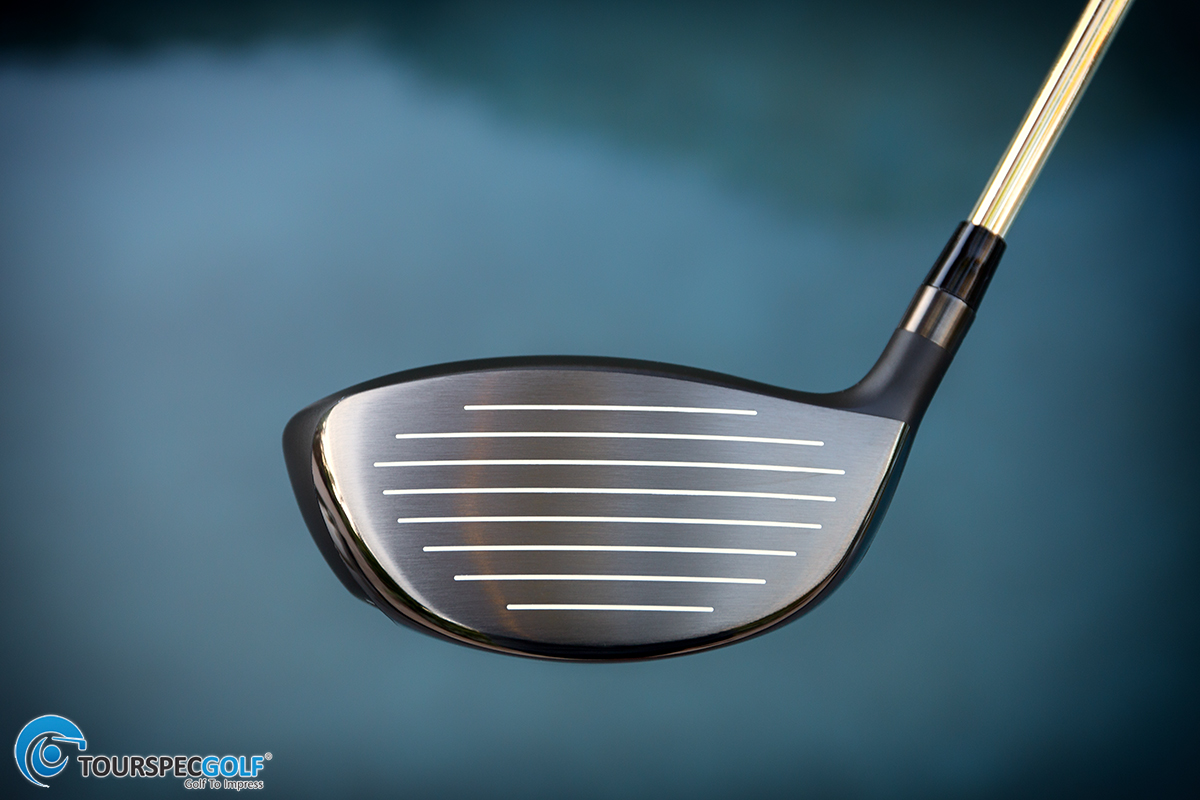 Offered in 2 versions normal & light,  normal is 198g while light is 193g,  I would suggest normal if you play it short or require a heavier swing weight and light if you play your driver 46″+ or short because you require a very light club.    The lofts are true to spec,  the head weights have a tolerance of +/- 2g and you can tell the light weight model by it’s loft marking in gold while normal is in silver.

A-Grind still considers the head Semi-large but in my opinion it’s smaller than average as one marketing ploy some brands use is to name drivers for example the 435*  yet it’s 445cc’s.  Comparing it to one of my gamers (Jbeam blackout 435) based on looks alone it’s smaller,  has a better shape and overall appears a whole lot sexier. 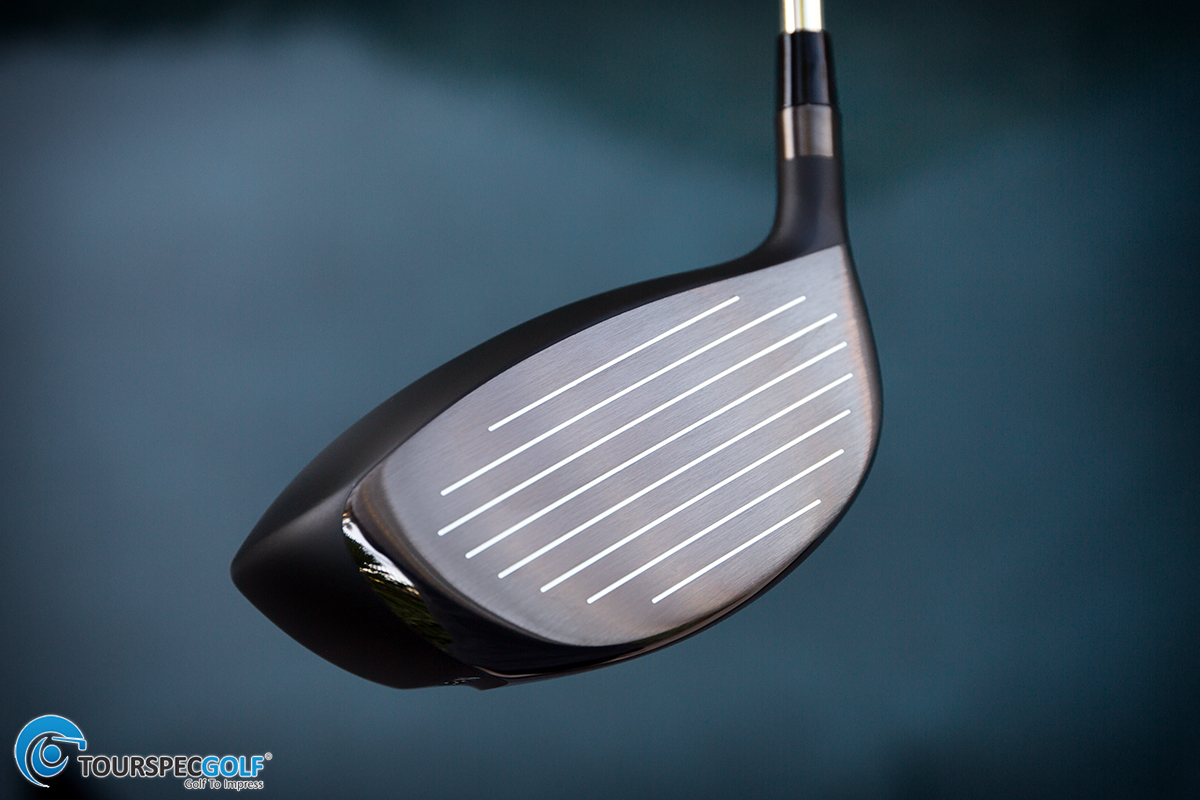 Feel |  Not like the 350 Classic this one is softer by a wide margin and it’s also a little more hollow in a very nice way, the words I would use to describe it is light spongy hollow feel yet it’s not loud at all with minimal crunch to it at impact.

Forgiveness | based on 2 rounds and 2 range sessions it reminded me a lot of the Modart MA01DS which may not be very large or designed for forgiveness but somehow still manages to do a good job of it,  same with the A-Grind 440cc  it’s lower spin does a great job in straightening your shots,  I play a fade and the open face did not turn it into a slice but I must admit I chose a softer tip shaft because of it knowing that may help so the general sense I got from it was that it had a very stable trajectory and a tight dispersion.

Distance | Let’s face it most drivers are reliant on the proper specs and combo for the players swing and this is no exception but this can be long for a certain segment which would be a more powerful player who puts a little much spin on the ball losing distance due to a wider dispersion so figure 5yds longer straight vs 5yds more left.  But at the same time for the slow swinger in that 80mph range or less who doesn’t produce the spin required to increase distance then this head may not help.  Bottom line is it’s very long for the right type of player and it fits a wide segment from Pro up to high handicaps depending on the swing and preference.  Comparing it to my ZY-11 w/7D would be like cheating but right now there are two heads in the running for my next 7D and it’s this A-Grind and the Ryoma Maxima Special Tune. 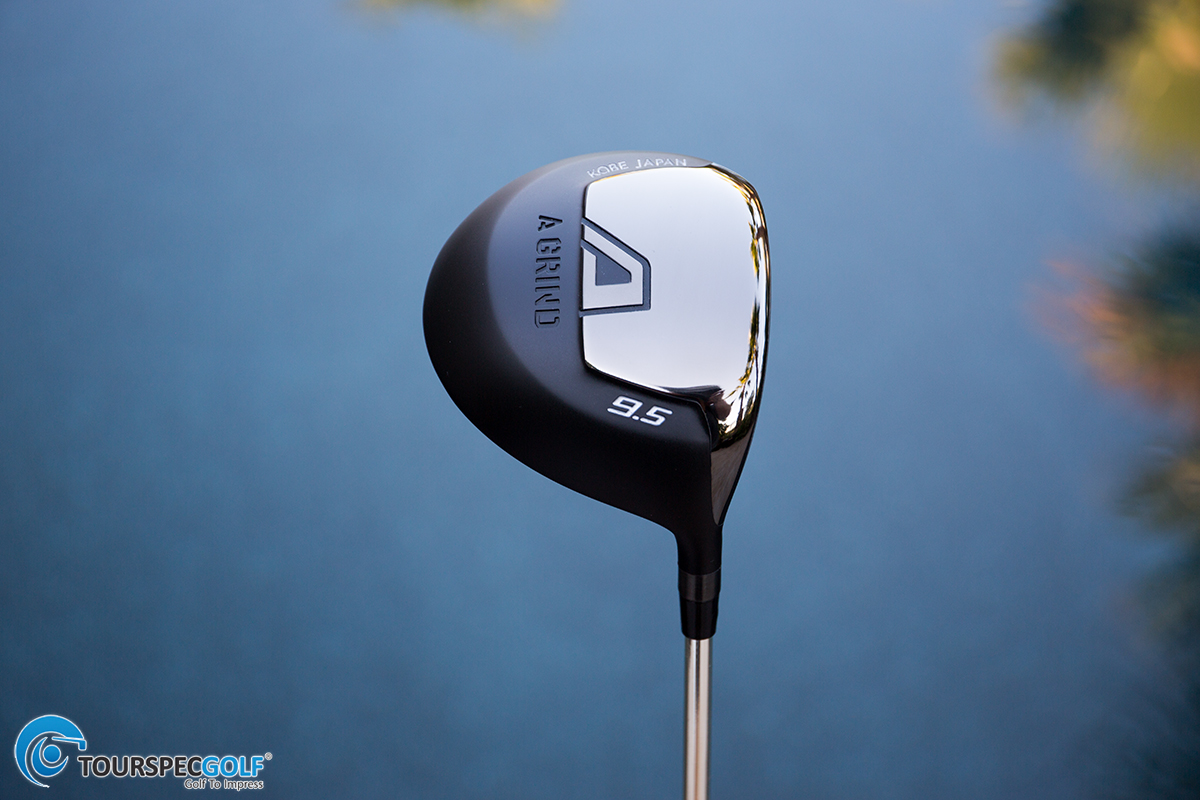 Trajectory |  Its higher than the 350 classic for sure,  I would say low spin + mid/high trajectory categorizes as I try to isolate the heads performance from the shaft I installed ( MUSO AP6 )  damn good shaft by the way,  think Basileus AAA at nearly half the price with a higher launch angle yet still laser straight.

Dispersion |  Again it’s pretty straight thanks to low spin and of course the high grade materials in the AP shaft from Geotech’s MUSO line.

The Driver is made with common sense materials such as the tried and tested 6-4Ti Forged cup face used by many other JDM drivers not USDM because it’s pricey over cast and the A-Grind 440’s body is made of 6-4 Ti Cast which is commonly used in the majority of drivers in golf today. 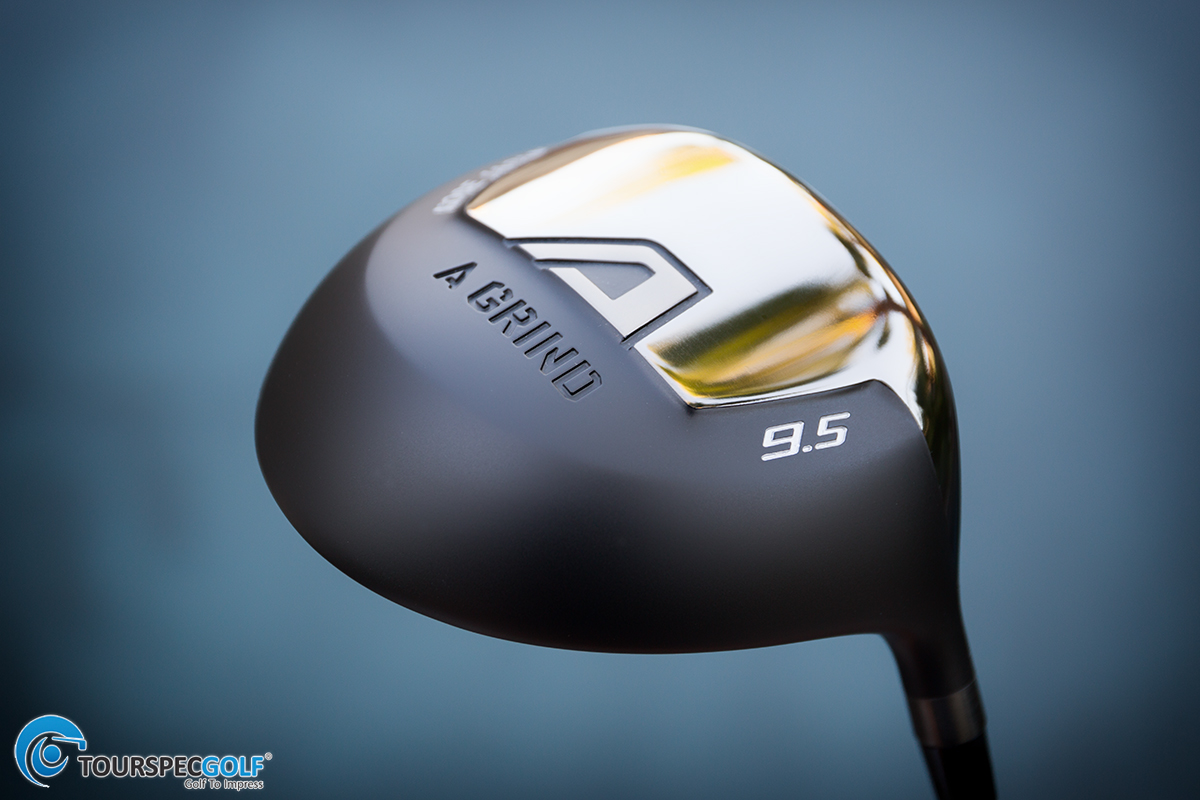