We put together the Yururi Tour and Seida Rupas wedges yesterday so it’s time to report back on the blog. When building clubs you can really learn about all the different components that make a club feel and perform the way it does. Especially once the club is completed it’s like putting the pieces of a puzzle together. I had thought the DG Spinners were X Flex due to the coding printed on the shafts butt end but after building the clubs, the do seem more like Wedge flex as they are marked on the stickers. CPM for the Yururi Tour with DG spinner came out between a typical S200 and S300 flex. Keep in mind again that CPM is just a guide to get an idea of flex and many variables can affect these results. I also thought about it after posting Par 2 the other day when I noted the Yururi/Fujikura graphite wedge shaft was rated for 420+ cpm which is definitely very high and indeed that was true as the finished CPM is much lower leading me to believe those initial numbers are raw and uncut. 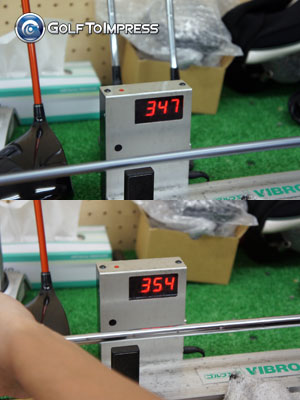 Here are the finished specs for the clubs:

Some interesting items to note. when building clubs, one does rough calculations on finished swing weight based on length and head and grip weight but I didn’t guess that CPM would pretty much be the same for both Gap and Sand wedges in both sets. 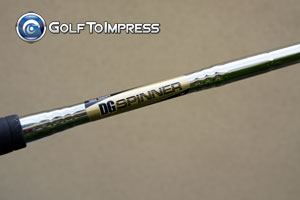 Also when seeing the CPM the Spinner was less than I had expected (since I guessed it was X) and the Yururi graphite was far higher than I expected, with less than 10cpm separating the lightweight Yururi Regular flex graphite shaft and the much heavier DG Spinner Wedge flex.  However the higher swing weight and shorter length of the Tour wedges does contribute to a lower CPM rating. I’m very curious how the graphite Seida Rupas will play especially since the CPM is very comparable to a wedge shafted with S200 at 35″. Again this goes to show that CPM can only be used as a general reference for flex or stiffness, how a club plays or even feels is another story.

Both wedges great at address:

Once shafted up you can see the true beauty of these wedges, the satin rounder raw faced Seida Rupas and the dark black tear drop shaped Tour both share something similar, great straight long necks. 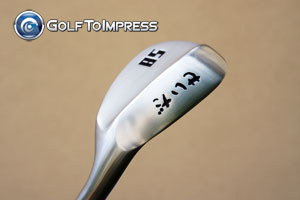 While their target audiences and general designs are different, the straight neck will appeal to those players who dislike offset and want a straight line when aiming at the pin. From the pictures and even in person it almost looks as if the Seida has the straighter neck but the specs for face progression are in fact the same for similar lofts. One other factor is that the Seida is a 58* while the Tour is a 56* and the 58*’s for both the Seida and Tour have slightly higher face progression numbers meaning less offset than the 56*.  So in this case with the Seida having so little offset yet that more forgiving round head and wider sole, it will really appeal to those mid to better players wanting forgiveness but still very little offset.

The makings of a great Tour wedge… 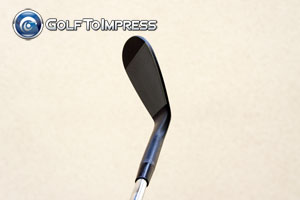 The Yururi Tour on the other hand has all the characteristics of a pro wedge. Besides the heavier heads equaling higher swing weights, the tear drop shape and thin sole matched with a very thin topline and very straight long neck are a better players ideal club. Most of the golfers in the shop at the time we finished the clubs were flocking to the Tour Seida and wanting to handle it and check it out at address. People were curious about the Spinner shaft and also how the Tour set up so nicely with its shape and thin sole and top line.

When I arrived home with the wedges the first thing I did was head to the backyard and take some pictures and chip with both wedges. There is an obvious overall weight difference but the Yururi Tour’s did not feel overwhelmingly heavy but rather very balanced and controlled. Chipping with the wedges is very nice but its time to put both wedges in play to see how they perform in the real world. I’ll be putting them to the test at Hirakawa Country Club, home of the Japan Open on the JPGA men’s senior tour. It’s always fun to go to Hirakawa though I’m still getting used to having a caddy carry for me there.  I’m very excited to test both wedges especially for the feel and spin Yururi is well known for so stay tuned for Part 4 results!