Information has been floating around the last few weeks about Yamaha’s 2011 model announcment, even though Yamaha didn’t make it official until today. Fans of Yamaha seem to have figured out that Yamaha releases new club models every year at the end of November meaning club info a month leading to the release. The entire 2011 lineup has been redesigned including new fairway woods, utilities and wedges! The only models that stay the same are the 2010 average golfer models, the D-Black and D-Steel. Here’s a look at the new model breakdown: 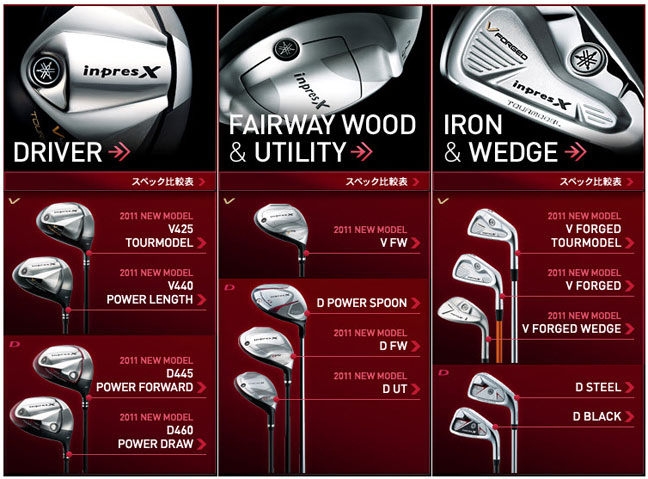 Yamaha has given us 4 new driver models, 1 of which is the limited V425 Tour Model. There are now 3 fairway wood models and one new utility. There is again a limited V Forged Tour Model along with the standard V Forged Iron. Finally an all new V Forged wedge! 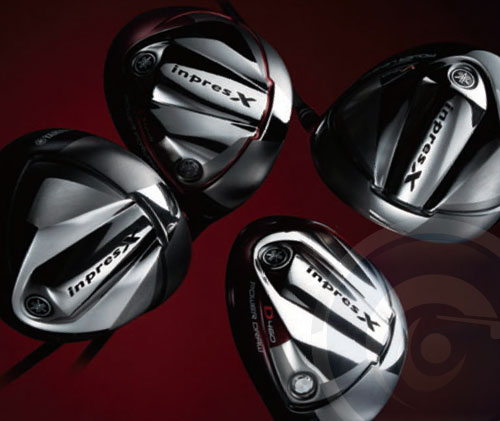 Yamaha has long been a leading manufacturer of clubs packed with technology and the 2011 models are no different. For the drivers, Yamaha has broken down the design and performance of the drivers based on 5 key features:

All the 2011 Yamaha models feature a new power chemically milled crown. What Yamaha has done is create a mesh style ribbed crown with varying thickness. The crown is a thicker 0.75mm towards the face which creates stability and maximum energy transfer at impact while the crown gets progressively thinner, down to 0.55mm and 0.45mm at the back of the head. The thicker front section is there to allow the face to “bend” creating that sling shot effect with low spin and optimal trajectory as the crown does not flex back. The thinner areas keep the crown lightweight and help bring the CG to an optimum location for maximum distance performance.

Yamaha has brought back the Octaface design with the new models. These premium forged faces feature even wider sweet areas than the previous models thus are dubbed OctafaceV Wide and OctafaceD Wide. Both faces also feature all new 4 part bulge and roll designs made to improve not only distance but control as well. Yamaha touts the V models as having 13% larger sweet spots and the D models with 25% larger sweet spots. 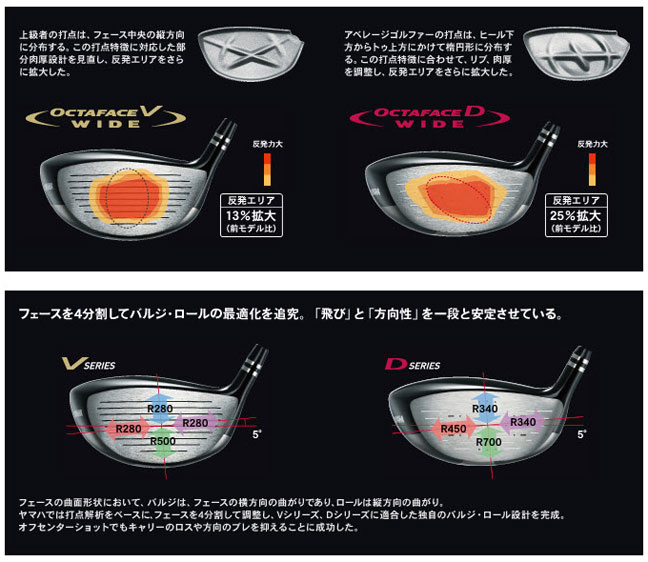 Yamaha has all new shafts available with their 4 driver models. The great news is that the standard shaft for the limited edition 425cc Tour Model is now the Diamana ahina while the V440 Power Length driver gets an all new Graphite Design Tour AD LV series shaft as the stock shaft. The 2 D models, D445 and D460 get all new stock Yamaha Orbit shafts made to keep trajectory down and avoid ballooning. Yamaha has designed the Orbits to not only deliver the head on a proper level plane at impact but they claim the shafts and clubs can increase swing speed by up to 1.4m/s! 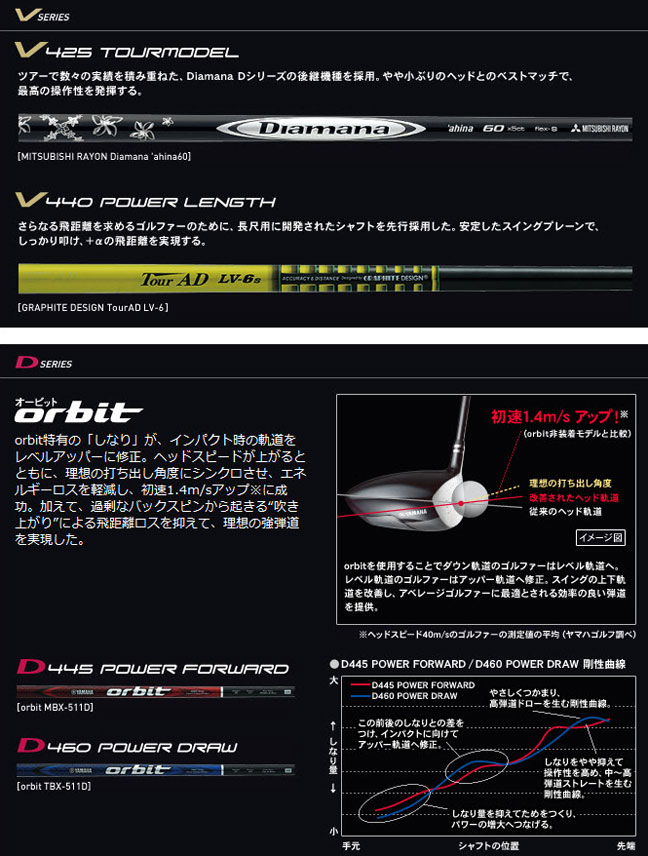 Yamaha is well aware that too much spin and too high a launch can kill distance especially when wind comes into play. They have long implemented an rpm concept that focuses on designing heads that create low spin for maximum carry PLUS run for the best overall distance. They center of gravity is optimally placed depending on each driver, to properly match the drivers design and along with the chemically milled crown and Octaface produce the right amount of spin.

Yamaha believes that golf is very much about sight, feel and sound. The sound of a club can have distinct influence on a players perception of feel and even performance. Yamaha worked to fine tune the sound to what they believe also creates the best performance. The sound of the V Series resonates further back in the head for a more solid sound for the athlete golfer while the sound of the D series comes forward towards the face for a more explosive perceived sound for the average golfer.

The V425 Tour Model is a limited edition and 425cc as the name suggests. The head is compact and the head is deep and high back. It’s launch is the lowest and features the most control with workability left and right. It’s made for the pro player and single digit handicapper with a faster swing. The V445 Power Length is 445cc and designed for a mid trajectory fade ball also made for the lower handicapper.

The two average golfer D models consist of the D445 Power Forward which is a mid to high trajectory straight to fade ball driver for those who battle a hook or want square face angle. The D460 Power Draw is as named and weighted for a draw with a slightly closed face and is great for the slower swinger or those battling a slice. The D models have shallower faces and heads with deeper CG points. 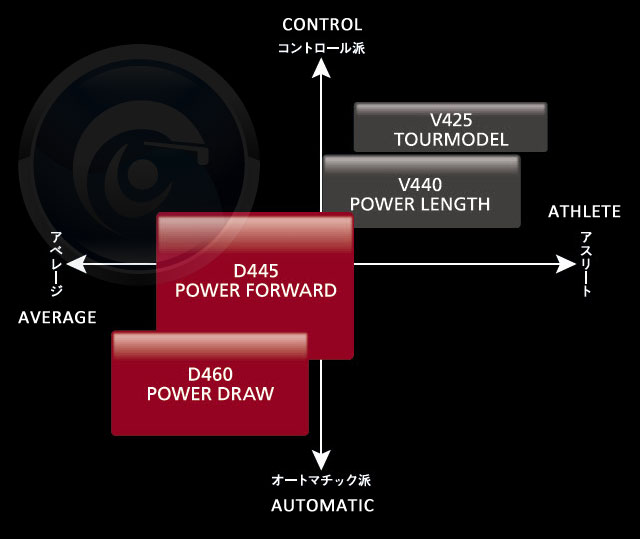 Most of this info is based on the announcement info provided by Yamaha, as I get more info and our demos I’ll be sure to review and go into more detail about each model with our usual pictures too as well.

Tomorrow I’ll post the info about the new Fairway woods and irons.

Thank You TSG Members for Your Donations!

Thank You TSG Members for Your Donations!