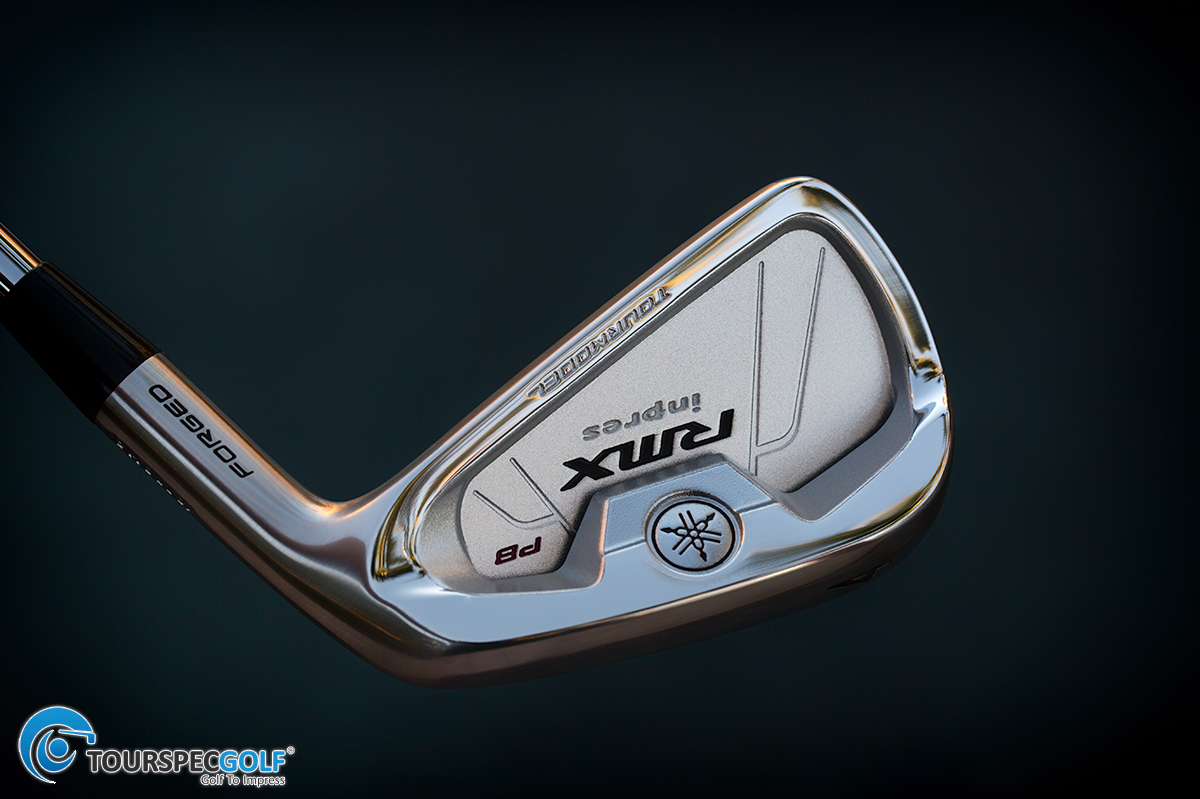 Every year Yamaha makes some slick looking irons under the “Tour Model” moniker and this year is no different, in the past Yamaha has released an MB and CB, this year it’s two different CB’s one with a thin undercut cavity and pocket while the other is 1 piece forged, the reason why their is no MB this year is because none of Yamaha’s JPGA tour players put an MB in the bag and these “Tour Model” irons are exactly that, iron collaborations with their tour pros based on their needs and wants then Yamaha produces extras and offers them to the public in limited amounts. Forged of S20C by Endo like previous versions these are precision instruments and while most of our clients will opt for the thinner more compact CB version in about 95%+ of those cases they really should have gone with the PB which is what we have here, btw PB = Pocket Blade and it’s really a thin undercut to keep with feel. I’ve got the chance to give these a whack with some good quality balls, to read my feedback and see more pics follow the jump… 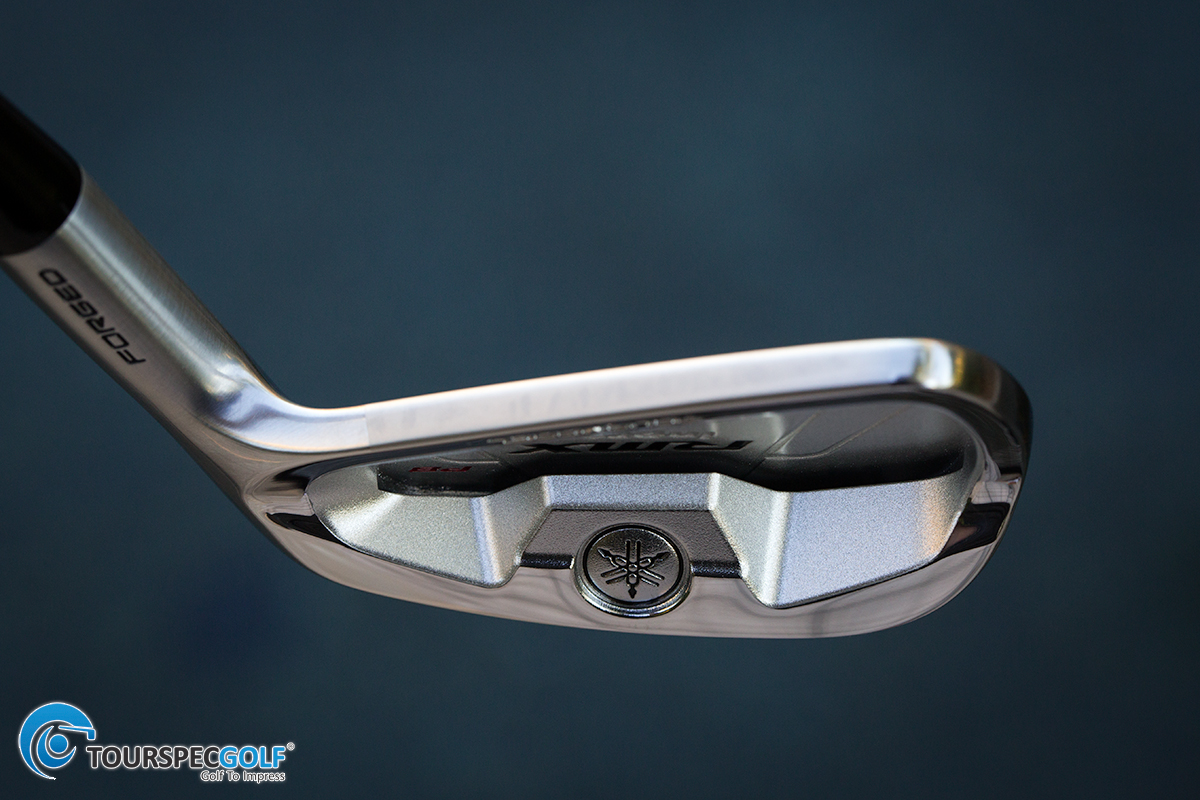 Here is a close up shot of the undercut, so usually an undercut cavity has a more “tinky” high pitch tone at impact but do keep in mind this is still a 1 piece forged head made of S20 so it’s just the slightest bit of tink compared to it’s CB counterpart. Feel is what I considered softer with just a touch of hollow and the feedback was actually excellent considering it’s design and while I enjoy a 1 piece head there is something different about this that I actually more than expected and a lot more than other undercut cavity backs. I hit this side by side with the CB and it’s more forgiving for sure with less feedback, so if you are in it for the feedback go for the CB but I’m pretty sure unless you require to work the ball frequently this is the better choice for your score and it’s only slightly bigger so your friends won’t laugh. The image above shows just how think that undercut is and it also highlights just how deep that cavity structure was designed and gets deeper toward the center of the club face which I’m certain only helped in the feel department.

This year the PB actually has less offset and a thinner overall profile than last years more meaty tour model CB, forgiveness is about equal as well except in the size of the face, I was still able to work this PB with ease, my test shot is a low draw out of the rough as it’s what I need when I leak balls right and under tree’s so I know this shot well and know what many irons do and this is a very workable iron and considering the forgiveness it packs hard to beat. 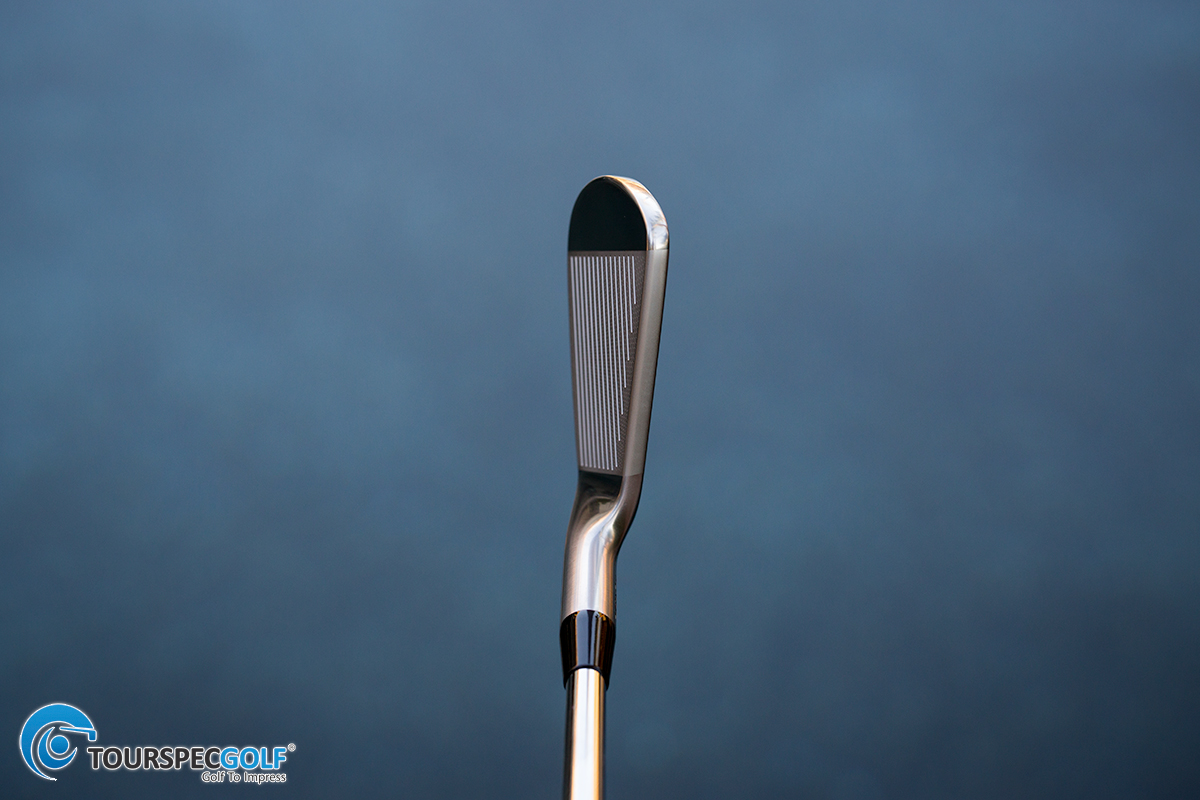 Now for distance it’s only a hair longer than it’s smaller CB brother, I don’t think that’s what you get these for, you get it for forgiveness combined with compactness then after feedback and workability, It’s got a hex pattern on the face to help with spin and dew or wetness and while it’s not the mini version I still think this is what a single digit to pro should be using, just because it’s got an undercut do not think a high to mid capper would have an ideal time with these, when they mean Tour I get it. Compared to the ONOFF KURO which doesn’t even have an undercut the ONOFF is for sure more forgiving and soft but that segment isn’t all too critical on feedback so by design Yamaha built these a bit firmer. 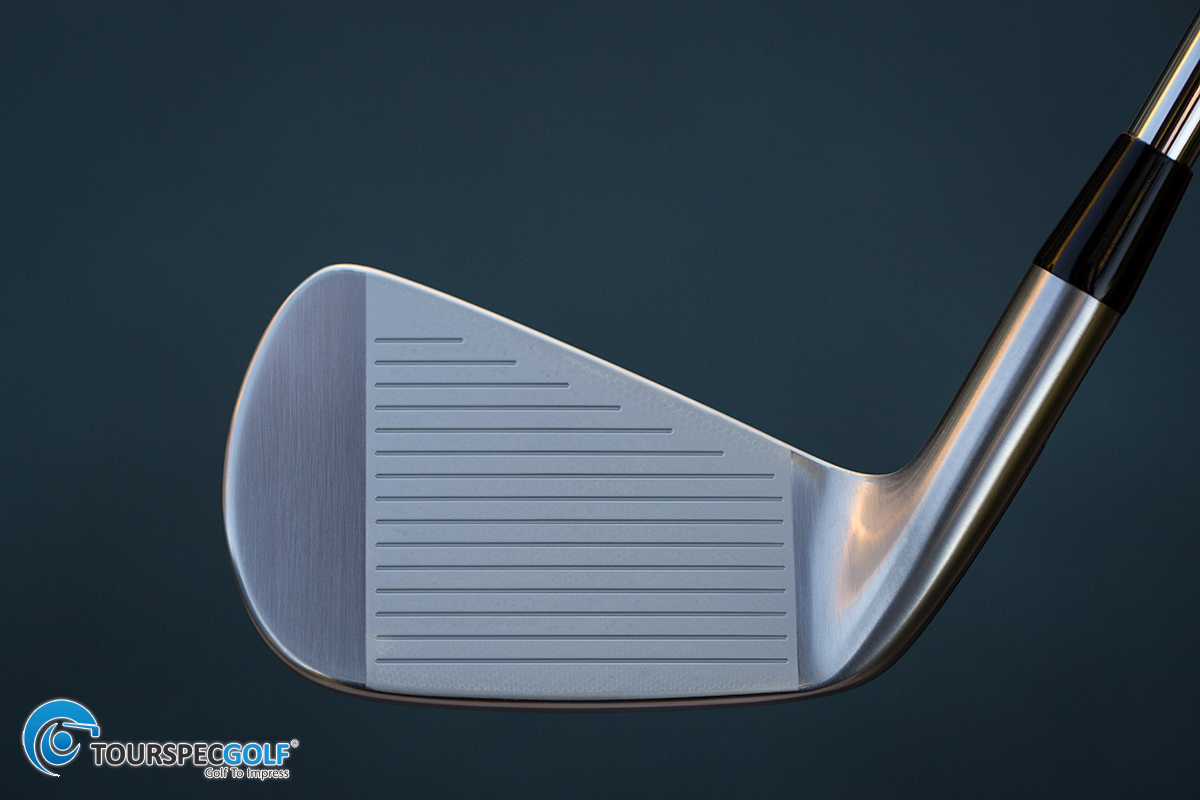 The hex is light and can’t be seen from all angles, subtle to say the least but the shape is sexy no doubt, can’t think of a way to better it, of course if it were a blade a higher sharper toe would be ideal but this fits just right for what it is. Ah yes and big deal I suggest the smaller version CB players use the #3 and #4 in PB, big help and you will notice the difference in forgiveness between the two by doing this. 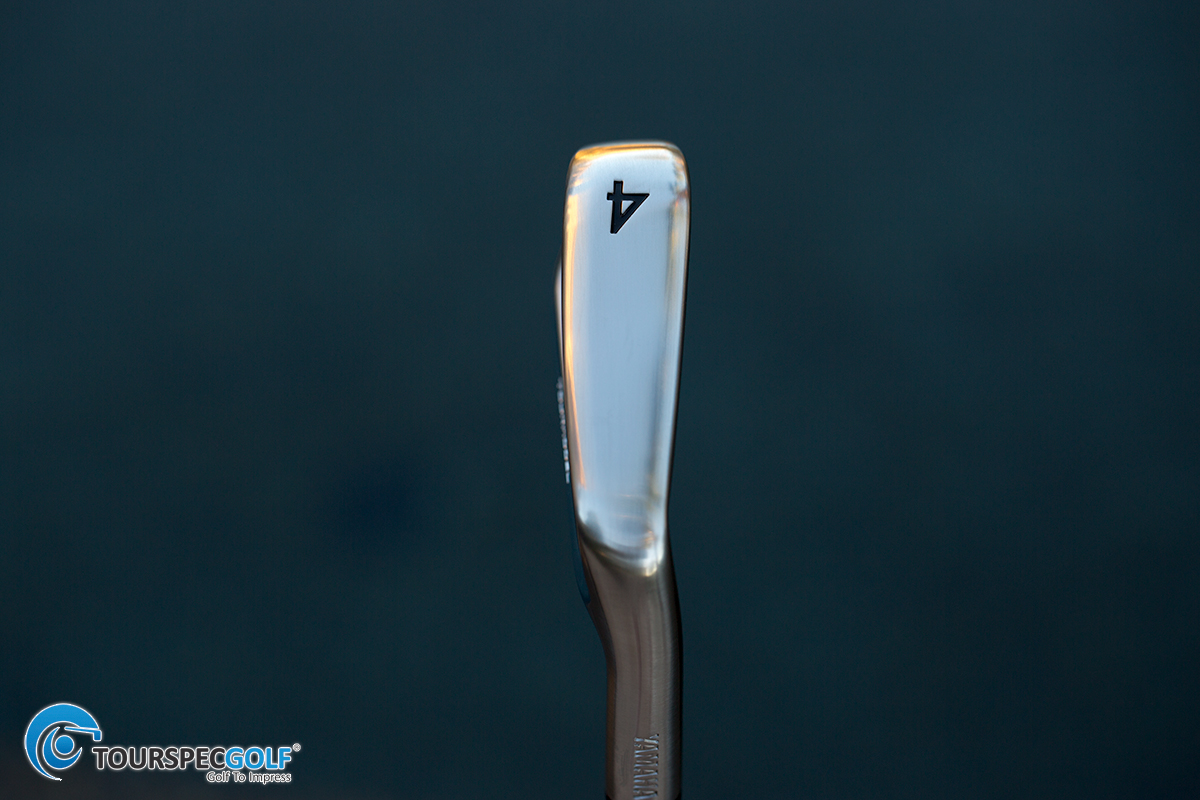 It’s overall short heel to toe, got some meat and subtle relief on both the leading and trailing edge, Yamaha did a very good job in keeping the mass concentrated rather than spreading it out, offset is perfect if you got a problem with the amount you got a problem with the eyes or ego as decreasing it would seriously affect the performance of this club. I’ve got less words to say now, because that pretty much sums it up, compact and designed for the better player, undercut adds a touch of rebound and forgiveness launchyness off the face, the setup, the setup, just all around near perfect for a pro to 10hcp or excellent strikers of the ball. Good stuff, got it here if you want it: Yamaha 2015 RMX PB Tour Model Irons 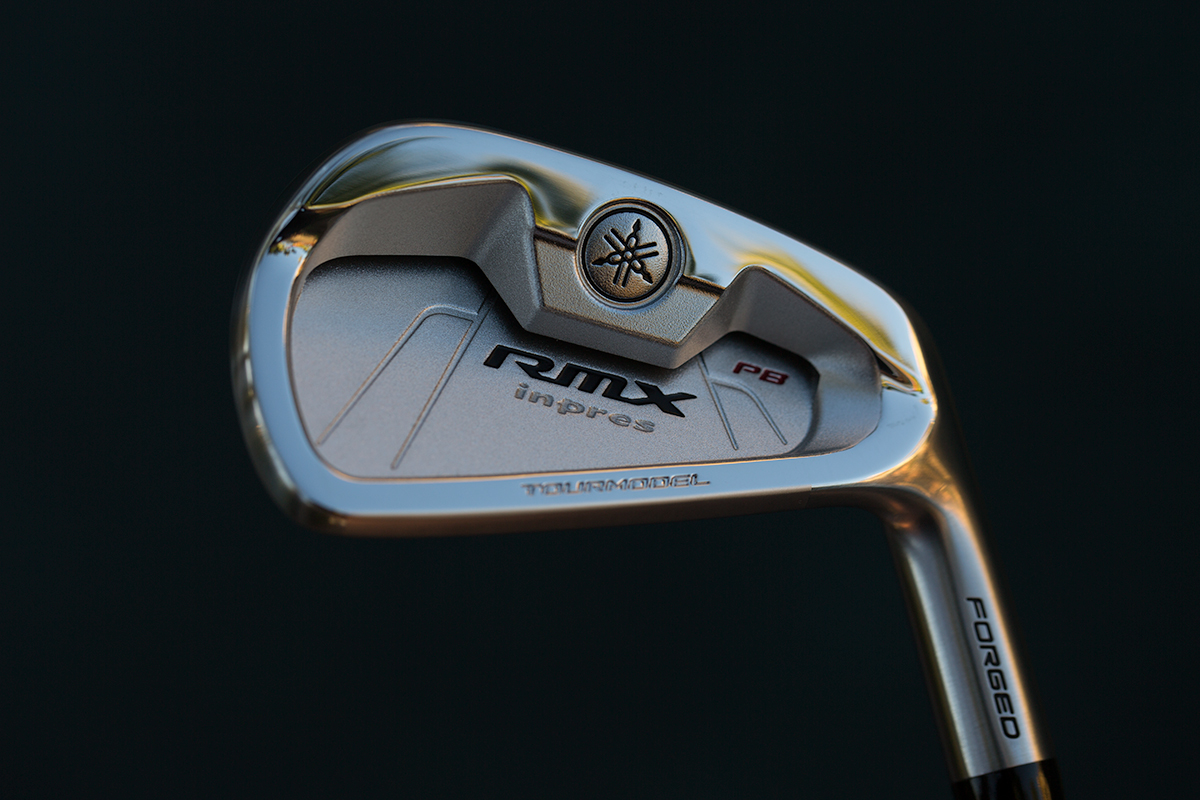 Bridgestone J715 B5 Driver Introduction -and the subtle demise of Tourstage

Bridgestone J715 B5 Driver Introduction -and the subtle demise of Tourstage