There are many people outside of Japan who have probably never heard of the brand XXIO (pronounced ze-ku-shi-oh, say that quickly…). However, those who are in Japan or know Japanese golf equipment, know that XXIO, a wing of Sri Sports/Dunlop has long been the number one selling average golfer brand in Japan. XXIO produces drivers, fairway woods, utilities and irons that have always been on the best selling charts for both men and women year in and year out. Their primary focus is the average golfer which also happens to be the largest segment of golfers in Japan. XXIO is also a leading brand on the JLPGA where many top Srixon lady pros are playing the XXIO brand.

XXIO is a performance brand based on cutting edge technology and materials. Designs are always well thought out to maximize performance and ease of use for the average golfer or mid to high handicapper.  After spending a week with the new XXIO clubs in the bag, I have to say XXIO continues to move in the right direction.

As a mid capper who shoots around 90 give or take a few shots (best round 88), I fit right smack dab in the middle of Japan’s average golfer group. Even my swing speed and my distances are so average with a driver distance of 225y and a 7 iron distance of 150y (strong lofted average golfer irons). All my clubs are playable clubs for the average golfer especially my current irons the ONOFF 2008 Red irons. So the new XXIO 2010 irons are right up my alley and I was very excited to get a chance to test them.

The new 2010 XXIO iron is a mid sized cavity back and like the previous 2 generations features a pocket cavity. Many average golfer irons focus on forgiveness and distance and the XXIO 2010 is no different. However unlike the most common materials we see in mid sized CB’s from Japan, like Titanium faces, ASRolled Steel, Stainless Steel and Maraging faces, the XXIO is a one of a kind using the same Super-TIX PLUS material found in its best selling drivers. XXIO drivers have always stood out for a soft feel and hot ball speeds thanks to the proprietary Super-TIX faces they use, a special titanium developed by Sri Sports. This years Z-TX driver also uses the Super TIX face and XXIO has decided to use this same face (albeit thicker) for the new 2010 iron matched with the soft SUS630 body.

It has a Power Dumbbell…

The new face coupled with a Power Dumbbell weighting system (yes they actually call it that) which is a 55g tungsten weight sole create XXIO’s highest MOI iron ever and a 5% larger sweet spot that last years XXIO iron.  This design with all the weight in the sole create a high launch max carry iron. When I took the XXIO iron out for testing, I also had my 2008 ONOFF irons and Honma MG613 and R9 Max test irons with me. I love my ONOFF and believe that they are one of the easiest irons to hit with a very nice feeling Maraging face but my first shot with the XXIO Iron had me in a bit of shock. An effortless swing launched the ball in the air higher and further than my equivalent lofted ONOFF 7 Iron AND the feel was like butter. I usually do not say a non forged iron feels like butter but the Super TIX face felt awesome. I took several more swings to verify that I was not just fooled by that excited first swing and the iron was indeed so easy to hit and ever so straight! 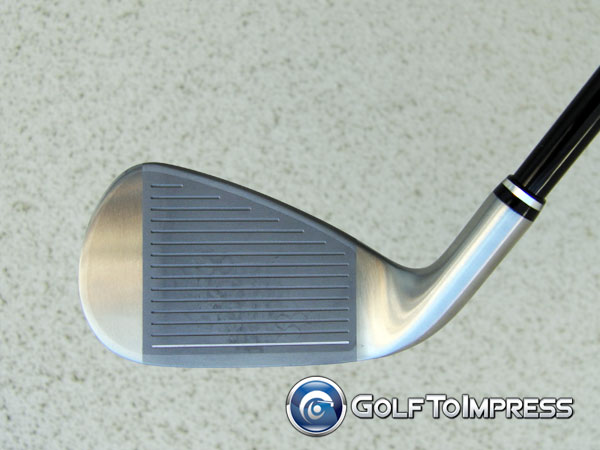 The feel of head and the direction can very well be attributed in part to the new MP600 shaft as well. XXIO graphite shafts contain several multilayered hoops made of different materials to create stability and performance. The new MP600 shaft features a loop of 70t carbon and one layer of Nanoalloy, minute metal particles towards the tip of the shaft. I’ve talked a lot about carbon grading lately on the blog and while most shafts are made of around 30t carbon all the way up to high end premium shafts like Crazy and Quadra that use full 80t carbon the highest grade of carbon used in golf shafts, to find 70t in an OEM shaft is amazing. The higher carbon grade reduces rounding and creates stability. Higher grade shafts return to their original shape much more quickly and consistently so a player does not have to worry about timing, the shaft will do the work itself. The extra Nanoalloy tip in the MP600 shaft creates even more stability and great energy transfer and recuces head twisting to help square the face at impact. Lower end shafts are made of rubber particles which are slow to regain their original shape while metal and glass particles like the Nanoalloy are just like high grade carbon and return to their shape quickly. 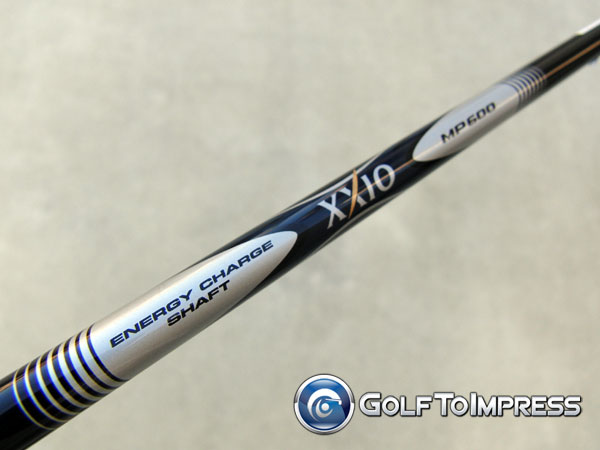 Max forgiveness and ease of use…

As my game improves I am happy to report that recently I have been able to work the ball a bit more and hit draw and fades on command. The XXIO is easy to draw as the shaft kicks hard and fast and soft draw or even power draw are attainable. A fade is doable but this iron mostly wants to go straight or soft draw. I have to say that this is one of the easiest to hit irons on the market now and it does it without looking overly large though the iron does have offset and a mid sized top line.  For most average golfers this is not a problem but for many lower handicappers who are on a search for more forgiving irons, the offset and topline  thickness may bother some. Forgiveness is superb on this iron thanks to the high MOI and pocket cavity. Shots hit low or towards the heel really do not loose much. Perhaps a few yards are lost towards the toe but nothing extreme. The shaft also does a great job at removing unwanted vibrations on mis hits. The most stand out features though are without a doubt the ease of use and feel. Most average golfers will be happy to hit their irons high, far and straight and the XXIO 2010 does that very well while feeling very good at impact. 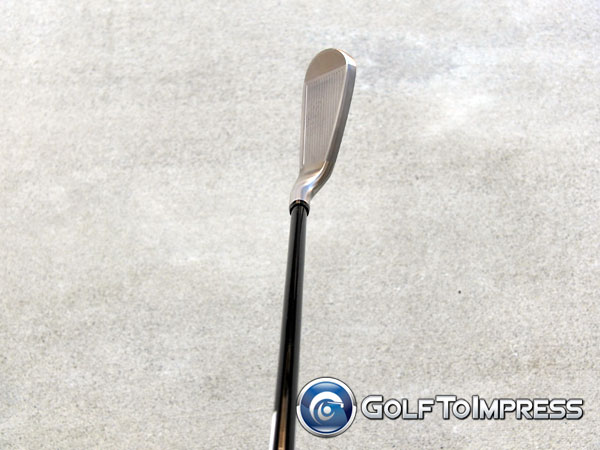 I had gamed my 2008 ONOFF irons all year and had no intention of changing as they have helped me improve my game significantly over this past season. However, after hitting the new 2010 XXIO I’m afraid to say that the bug to change has bitten me and I am very well looking at these XXIO as my next set of irons. If you are like me and want to improve your game with an automatic iron that is unparalleled in ease of use, the XXIO is your choice. If you want something compact then you’re looking in the wrong place. The XXIO is a high tech iron that will help many average golfers simply enjoy the game so much more.

The new 2010 XXIO iron is available in BOTH Right and Left handed. The standard set is 5-PW with NS Pro 950GH High Launch shafts. The MP600 graphite is a well worth while 60g shaft upgrade and also has R2 (senior flex) and SR (stiff/regular) flexes. Be sure to check them out in our pro shop!

As always here are the pictures I took!

Gold’s Factory Year of the Tiger: Image of the Day!