There have been a lack of conforming groove muscle back blades lately and Tourstage is looking to step in and fill the gap. Today they announced the release of the new premium forged X-Blade 905 and 905CB. Both irons are small and compact with minimal offset and aimed at the scratch golfer and pro player wanting premium feel and control.  The new 705 series which has already launched already has heads that lean towards the smaller side. I expected Tourstage to eventually release a blade but I’m surprised they went with an even smaller CB with the 905. We’re looking at a February release for the new clubs and we’ve already requested demos as always! 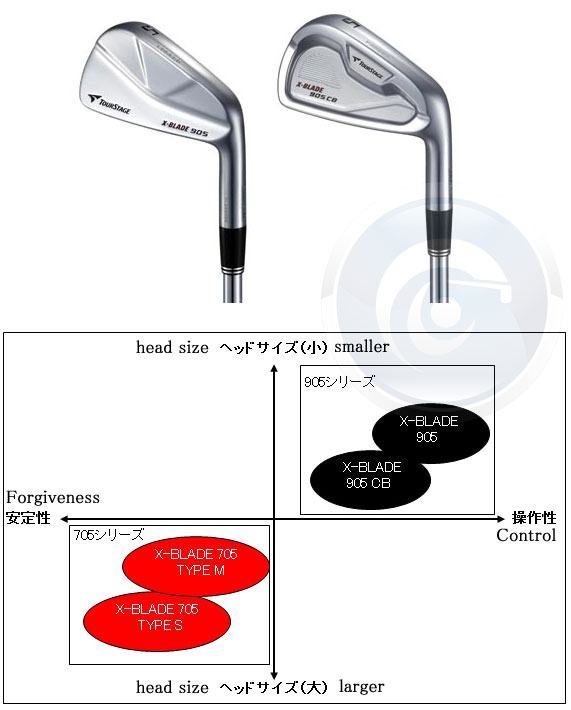 There is also a brand new pro model X-Drive 905 driver to be released. It shares many of the features of the 705 series including the  hybrid intergrated power body utilizing an all new CA-Ti lightweight alloy in creating a hyper mesh crown which is 0.35mm at its thinnest point. The cup face features a dual arrow design and a variable thickness face for feel and high ball speeds. The toe and heel are chemically milled for optimal MOI and CG. The conforming 905 is premium forged at Endo and get this… is 385cc in size!! This must be the first time in few years that I’ve seen a new model driver released under 400cc!