It’s been quite a hectic week for all of us here in Japan with meetings most days in Tokyo to help set up many new exciting offerings coming in the near future. Because of this we’ve fallen a bit behind on our show coverage. Today we are back at it with Titleist Japan. Two years ago when Titleist Japan announced the first generation Japan only VG3 lineup, it grew  to be one of the most popular releases ever in Japan. The VG3 Forged iron was one of the most in demand models we have ever seen, constantly back ordered at Titleist. It was discontinued last November and customers were still asking for it. It simply was one of the the best irons Titleist had ever produced with very balanced performance and great feel which appealed to both better players and average golfers. The drivers and woods were very forgiving and provided great feel and performance. 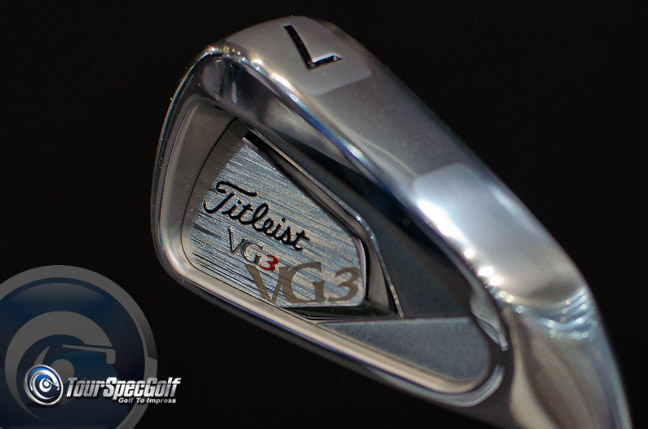 In the months leading up to the Golf Fair, there were a lot of questions from customers wanting to find out if a new vG3 would be coming out. Titleist kept quite mum on this but the moment we arrived at the show, the Titleist booths were one of the first we saw and we were very happy to see an entirely new VG3 lineup. The new Forged iron features a premium forged S20C body that features a lower cavity this time around. The undercut is more pronouced and can be seen more clearly because the cavity is more open unlike the previous model. Besides looking quite different, Titleist has decided to make a few design changes in order to improve performance and ease of use. The irons still feature variable sole weighting which changes from long irons to mid irons and disappears in the short irons. The tungsten weighting is now also placed in the neck of the iron creating a 3 point triangle to increase overall MOI. In order to counter more weight higher up on the neck and to maintain an easy and higher launch, the CG was brought lower thanks to the lower cavity area. I could not compare the new model to the older one but it looked as if the top line was thinner with similar offset. The overall design of the new VG3 Forged points at easy distance with great feel in a visually balanced package. It looks like it will be just as hot as the previous generation. 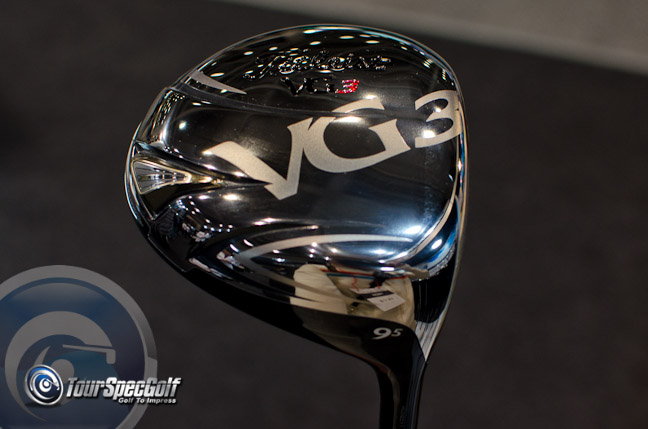 The new VG3 Driver features a new weighing system called PTW or Precision Tungsten Weight. Like the previous VG3 the positioning of the weight depends on the loft of the head, affecting launch and bias of the head and its abilility to square to the ball. Ovearall the new driver features a deeper and lower center of gravity to produce a high but strong low spin trajectory.  The driver which is forged by Endo features a new hybrid oval cup face which expands the overall sweet spot by varying the face thickness towards the center.  This reduces distance lost on off center hits and also produces soft feel at impact. 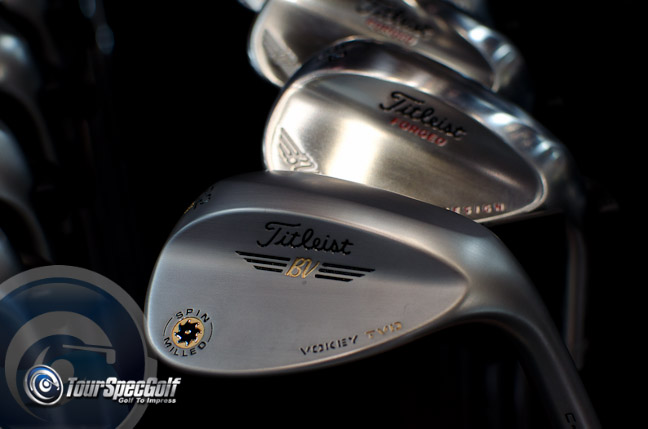 As always Titleist is known for their wedges, and their Japan only flagship models, the heavily in demand Vokey Forged, as well as the Vokey TVD CC were both front and center at the show. Titleist knows Japanese golfers love their Vokeys so we are always very lucky to get full Vokey releases here as retail. This looks to be another very in demand year for Titleist as they are still trying to keep up with Vokey Forged orders and preparing for the onslaught of demand for the new VG3 Irons. We suggest you pre order the irons to be sure you get them early or definitely expect to wait after their April release!