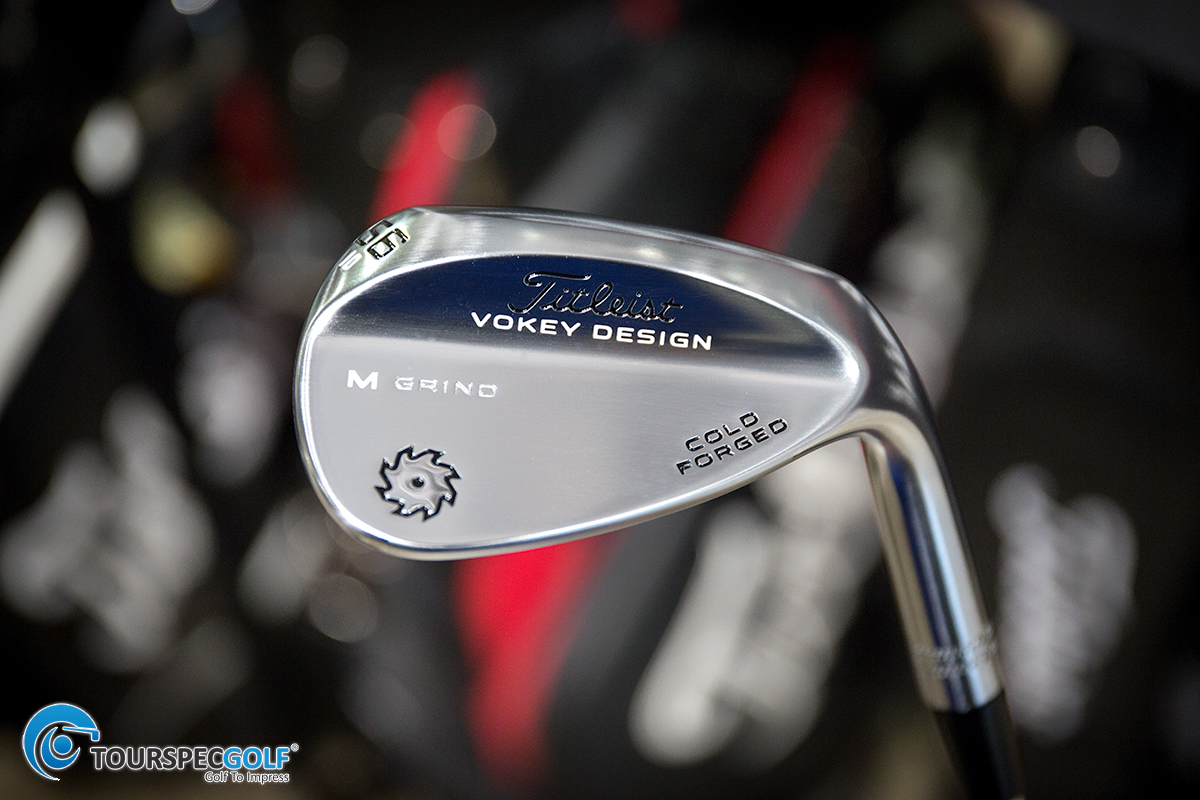 The Titleist Vokey Cold Forged 2015 Japan Only edition was revealed at the Japan Golf Fair this weekend yet you wouldn’t have known by looking at the Titleist booth, the big push was the new ProV1 ball while the new and very exciting release were hidden in their bags at the hitting booth. We had an idea that these were coming when just a couple of months ago the previous model Cold Forged wedge was no longer available.

The codename being thrown around by some of the staff was 716 Tour Wedge which to me sounds a hell of a lot cooler than Titleist Vokey Cold Forged Wedge. The changes are subtle in spec with small adjustments to face progression and grind they are still very similar to the cast Titleist offerings in the states. More info & pics after the jump… 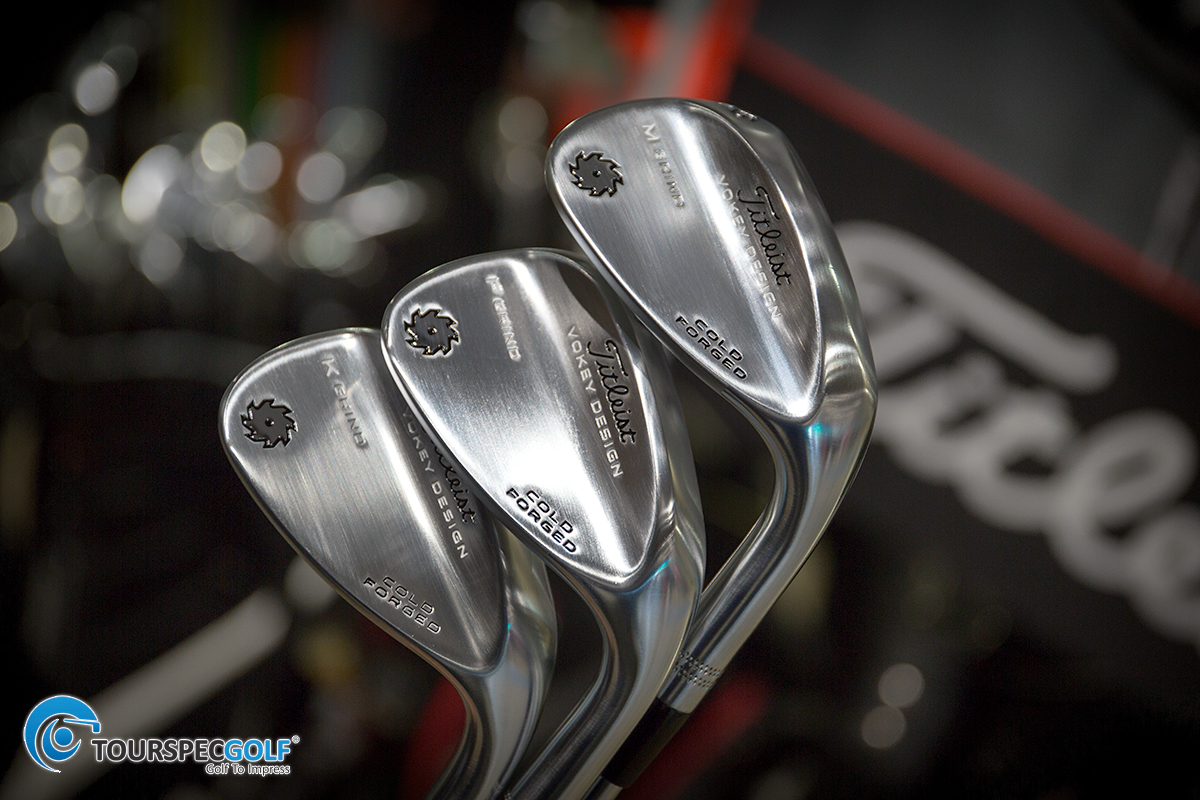 Another thing worth noting is that the finish has changes to a more edgy and in my opinion attractive brushed satin japan finish over last years less aggressive look satin. Each loft has a different grind the pitching wedge at 48* and the 50* & 52* gap wedges are all F Grinds while the sand and lobs are M- Grind with the only K Grind in 58/12. The expected release date is early march and we highly suggest early adopters order early as based on previous years and its even bigger popularity today the first runs should go quickly causing back orders perhaps even before release. TSG has already listed the pre sale here: Titleist Cold Forged Vokey Wedge 2015. 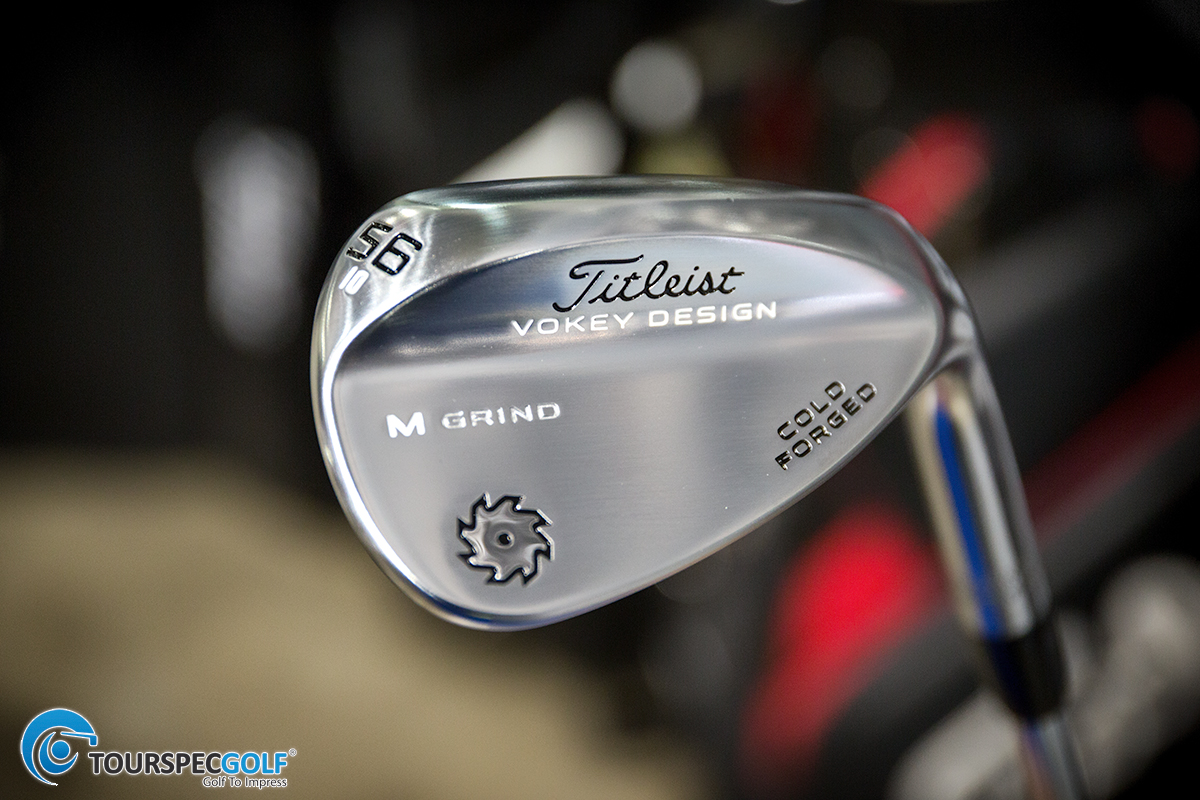 This was 1 of the 2 new big releases besides the new ProV1 balls, the other is the Titleist 716 T-MB Stainless Muscle Back Irons which can be seen in this blog post: 716 T-MB 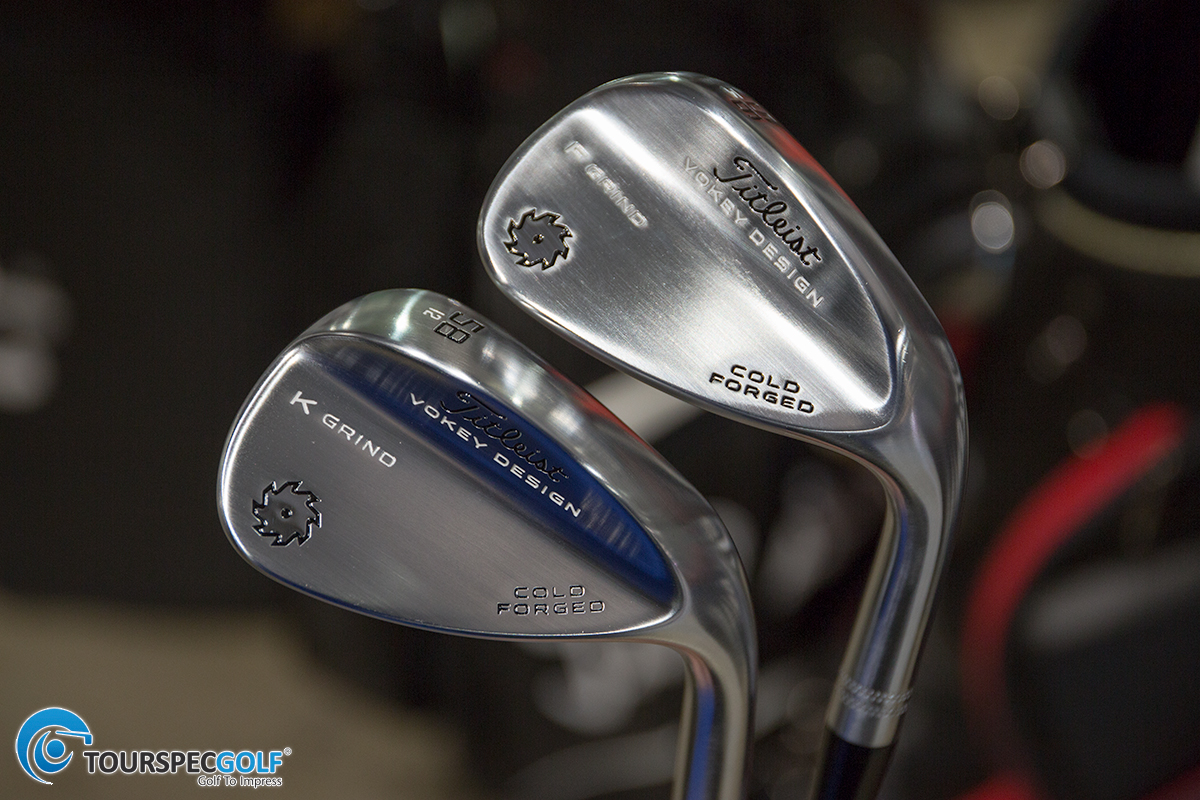 Below a photograph from the 2015 Titleist Japan Catalog: 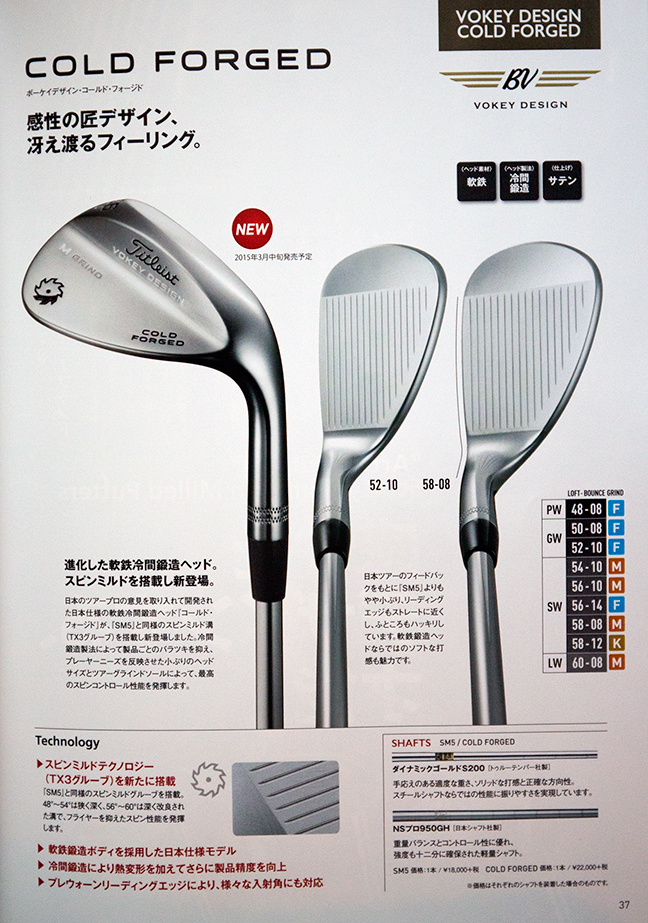