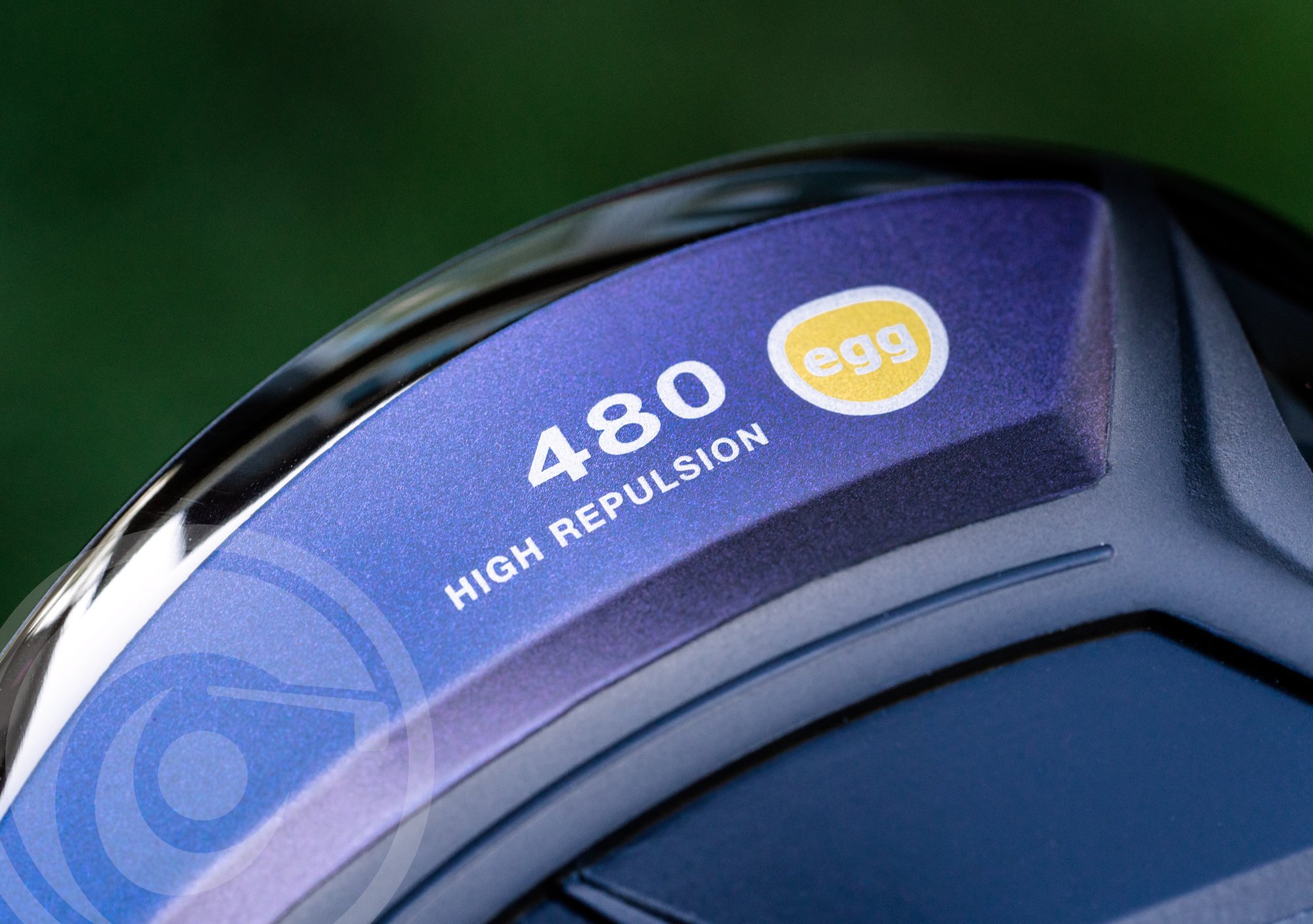 The 480cc High Cor (non-conforming) PRGR Super Egg Driver New for 2019!  For those new to the Japan Golf Club scene a little bit of history on the EGG series at TourSpecGolf.   I think it was 2013 pro gear released the first egg driver named the egg bird, at the time and already the egg fairway wood had a cult following on TSG for being one of the absolute longest fairway clubs on the market so it only made sense to follow up with the big dog.  Not all eggs were non-conforming and PRGR in the past had both versions but once PRGR started the “SUPER” egg series that word super designated the clubs as high cor and non conforming.  This year they took it way further to make their longest and most forgiving driver ever.  Follow the jump for tech info and an actual hitting review by yours truly. The first thing that made me happy is the use of Japan’s Daido steel DAT55G face material.  That and SP700 are in my opinion the two top materials to use and especially in High Cor. With SP700 being phased out forever due to the only old fellas that can make it retiring and the vast volume that needs to be ordered produced specifically for golf, DAT55G appears to be the best and one of the most expensive alternatives.  PRGR used DAT55G to produce a new bending U-Cup design that increases elastic properties and face flexing = faster ball speeds.

With the 480cc volume, the new Super Egg is not only more forgiving but it has a deeper center of gravity (28 mm), a larger center of gravity angle (31 °) to achieve a stable rising high-velocity launch.  The high COR area is now a 150% increase versus other companies average area.  Next my review…

Casual review – spent a single round and 2 range sessions testing the PRGR demo sent to us.  First, let me say by design this is a low back driver with a higher MOI and isn’t the lowest spinning.  I considered it a gentle riser with a very ping g400 like ball flight.  I also advise ripping the stock shaft out and installing whatever best fit’s your swing,  adjust the length and grip and swing weight as well and you can have one of the easiest to hit ball blasters possible.

I installed a LOOP Prototype JJ shaft in SR to stable me out as I spin on the high side.  This shaft is 63g hand-rolled unidirectional by Hashimoto.  The intention is to keep the ball flight stable and lower for this higher launching head.  It worked taming the flight yet by still means is no players driver. This club is so forgiving and long it almost feels like cheating, haha I guess it is cheating depending on the event.  Off the start I was over swinging trying to kill it simply because this is supposed to be a distance driver but after a few bad shots I backed off and slow’d the tempo down and I began producing smashing drives with it and nearly automatic The sound is a bit more hollow due to size but not bad. The material DAT55G always pleases as it’s soft with a slight metal crunch at impact.

The loop JJ shaft is what allowed me to hit this club so well as with the stock shaft it was for sure floaty and too high for me.  I do suggest stock for slower swingers but for the more gear obsessed individual, a shaft suited to your swing is always the best bet.

Oh, yea and the above pic.  PRGR measures a bit differently but this club is listed at 1.5* open-faced.  It looks square to me.   Very nice non-obtrusive shape for such a large-headed driver. 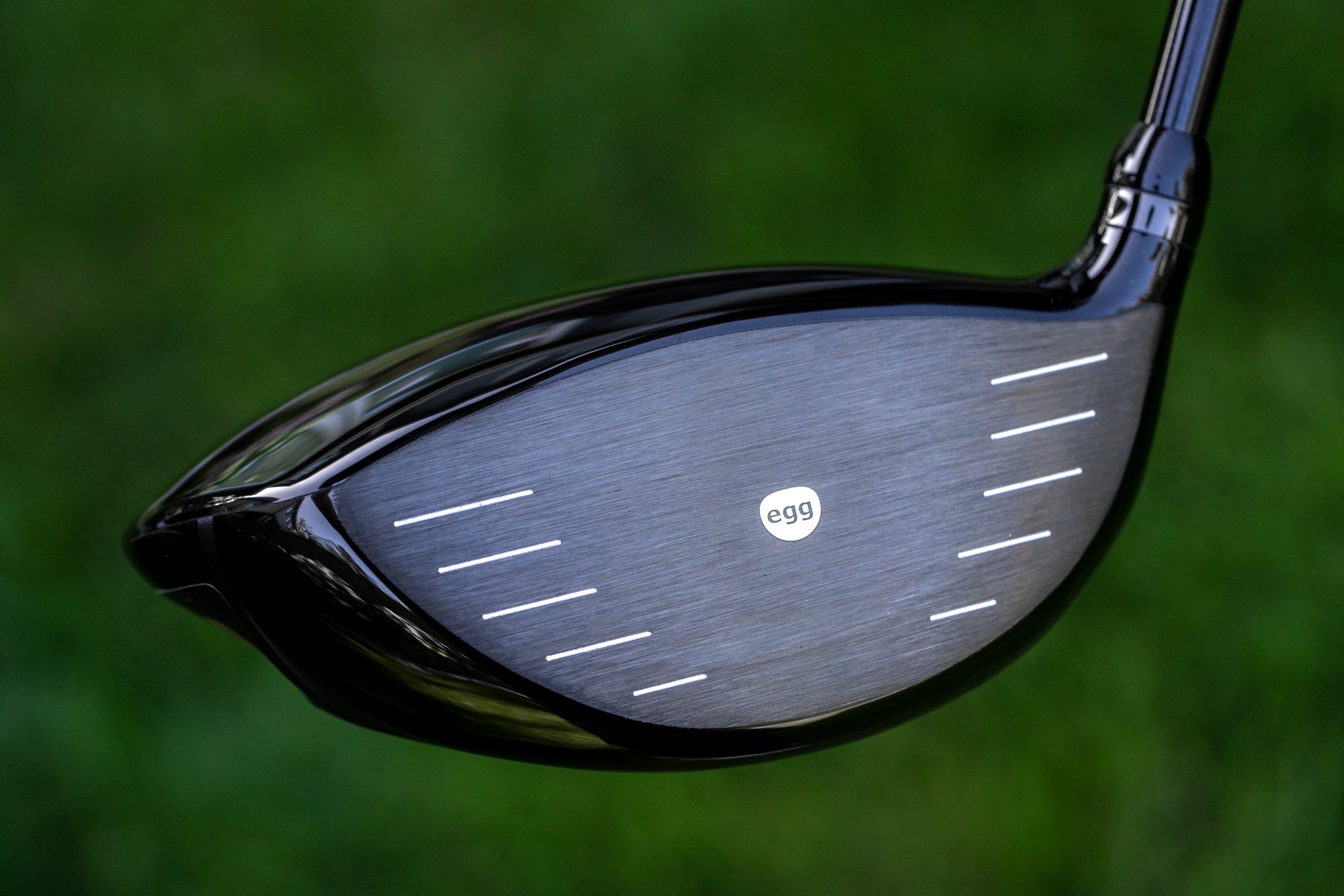 The face is called shallow but it’s still deep.  very forgiving up, down, left, right on the face.  kudo’s to PRGR for producing well-rounded forgiveness with what seems to be a massive sweet spot.  The club is draw bias with the stock shaft and seems more neutral with a stiffer tip shaft for the aggressive transition.  45″ D2 is what I have it at.

I swing 93-95mph and 102mph with 4 beers, I was able to notice varied results depending on what I chose to do with my swing.   First off understand at 100mph you do have the slight chance to break the face,  here at TSG we shave faces to COR or suggested face thickness depending on swing speed,  Im not worried about breaking it and I have extensive experience with high cor drivers.  My gut feel is that at 100mph this driver being high cor vs not will give you an extra 7-15yds carry distance increase when hitting on the screws.  This driver is pretty straight and not easy to work,  you can work draws or fades but as far as hitting low cuts or choosing your own pattern that is above my swings paygrade. 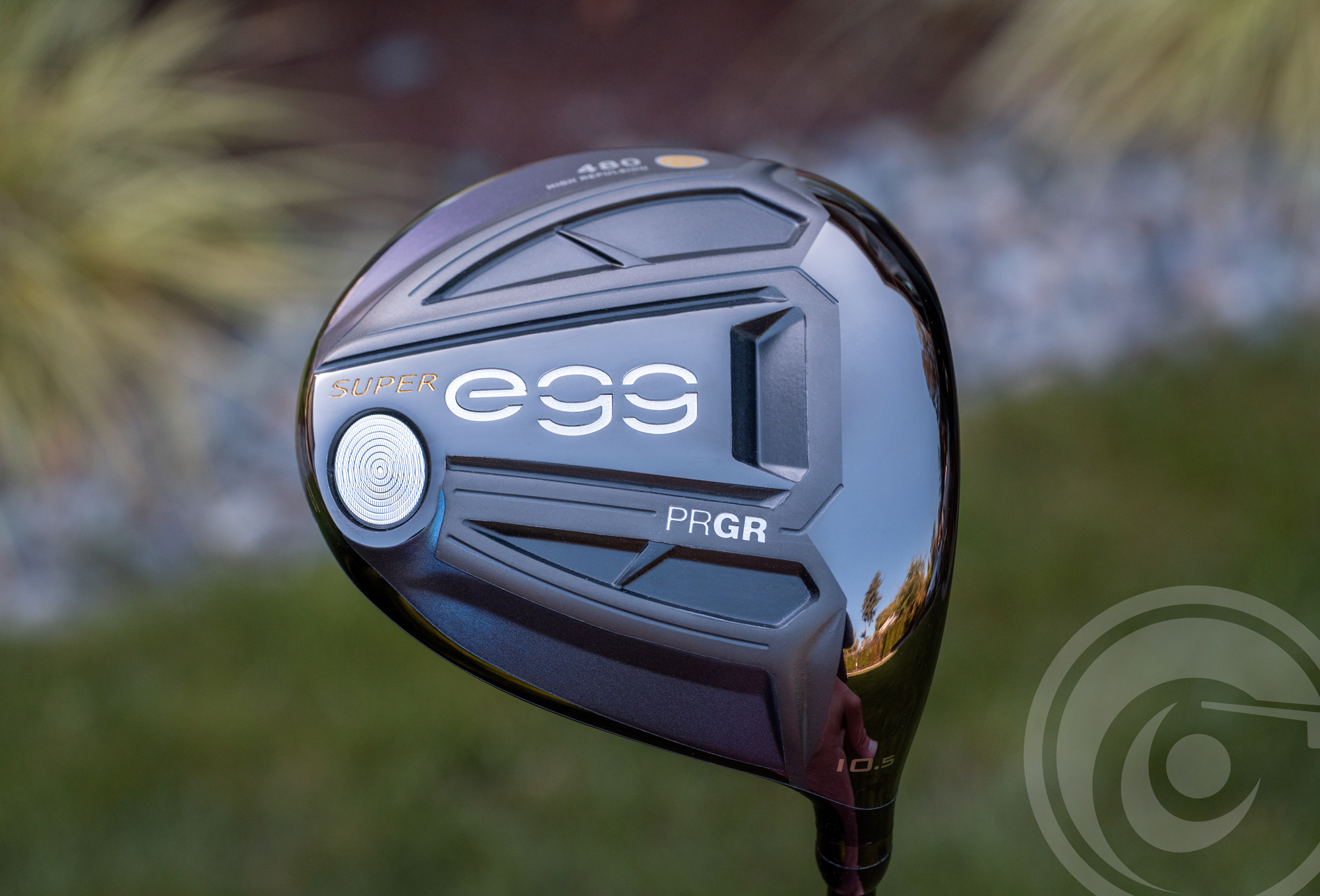 Top-notch club especially with this LOOP shaft I have in it.  I would say it is for 80-95mph swingers based on what shaft you choose.  I think it’s a high to mid capper driver or for a low capper who struggles with the driver.  Against a players driver, you will notice a higher launch, more spin, more carry centric tendencies and of course, all of that can be fine-tuned with shaft and build spec to some extent.

TSG can custom build you one or have PRGR factory-build you one or you can take it stock.   If you are interested these are now shipping and you may purchase here –  PRGR Super Egg Driver 2019 (click here)