The other day at Katsuura CC I picked up a sleeve of the Taylormade Japan Five TP balls to try. I usually don’t play TM balls and I knew that Japan’s Five TP was the same as the Intetnational Penta TP release.  However, these balls were different as they were the new Five TP 322 ball released earlier this Spring in Japan (yes we’re a bit late on this one). I did some checking around when I got home and apparently outside of Japan the 322 dimple Five TP  is a tour only ball overseas and played by several of Taylormade’s top staffers.

The new Five TP 322 features not only a change in the number of dimples and its design but compression of the 322 is at 83. The new bi-pyramid pentagonal dimples as they call it, feature 10 different depths and create a much stronger and stable trajectory than the original Five/Penta TP. All Taylormade Japan pros have switched to the Five TP 322 for its feel and ability to excel in the wind thanks to the more powerful trajectory it creates. Playing at Katsuura CC was the perfect place to test the Five TP 322 ball out as its valleys and high tees right by the Pacific Ocean call for pretty much strong and unpredictable winds every round. 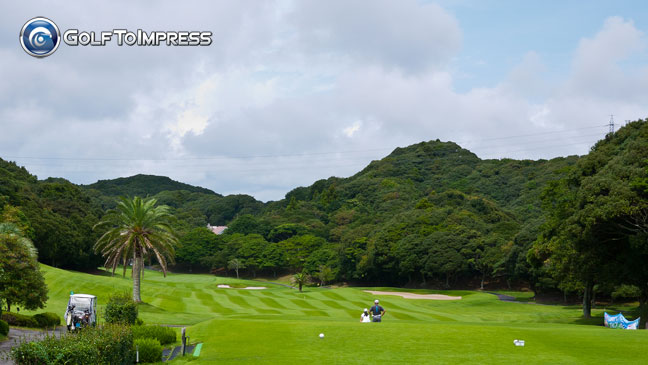 With a compression rating of 83, the Five TP 322 is far more playable by an average swing speed golfer like myself. It feels nice and soft off all the clubs and at 83, you can feel the ball compress on impact. The new 322 aerodynamic dimple design and lower compression produced a strong mid trajectory for me with very good run when using the driver. I liked the way it felt especially compared to many harder tour balls out there that are just unplayable by golfers under 100 mph. This similar trajectory with run carried over to my fairway woods and utilities and as I went to my irons, the spin increased and the ball had very good touch and direction on approaches around the green but the trajectory was still strong which I think helped increase spin.  I cannot stand a ball that feels too firm off the putter and to my surprise, the Five TP 322 was almost too soft! Compared to the number one average golfer rated Newing Brill and new Tourstage top tour ball the X-jD, it actually felt softer or at least maybe more responsive off the putter face. Taylormade has rated the Five TP 322 to have a cover hardness of 57D.  A lower shore D number means a softer feeling cover and at 57 the Five TP 322 just falls in the softest feeling category.  For reference the Titleist NXT Tour is 57.2D and the  Callaway HX Hot is 67D. 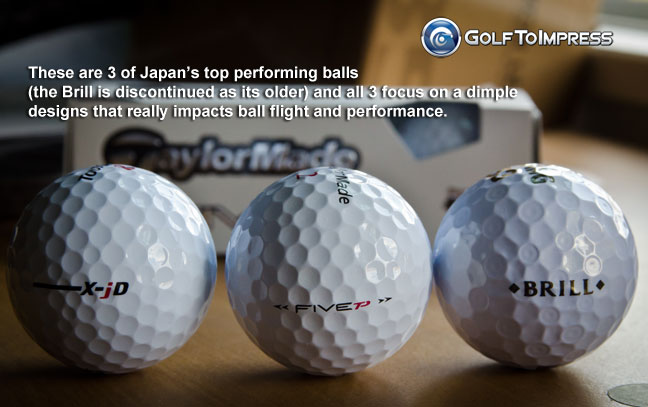 The Five TP 322 is of course a 5 piece ball and its construction and performance focus are similar to the current Penta TP 360 dimple version overseas. It’s layers are broken down as follows:

OUTER MANTLE = SPIN – Outer Mantle promotes optimum spin off short-irons, as well as higher ball speed and increased distance. Its actually the easiest to compress and most rigid layer of the Five TP meaning the slower speeds of short irons can activate this layer for optimal spin and control around the greens.

MIDDLE MANTLE = CONTROL – Middle Mantle is a high resistance layer which prevents ballooning and falling short of the green, by providing more ball speed and performing for all swing speeds.

INNER MANTLE = LAUNCH – Inner Mantle of the Five TP 322 surrounds the core with a soft and high rebound layer delivering soft feel, strong powerful launch and low spin off the long-irons for exceptional distance plus a high, soft-landing flight. Again this Inner Mantle is easier to compress creating distance for all players.

NDv5 CORE = DISTANCE – The NDv5 core features a very soft and high rebound design. This core is activated by the driver and produces low spin and strong carry and distance, as well as more ball speed for faster and harder hitters whose speeds affect the core even more. 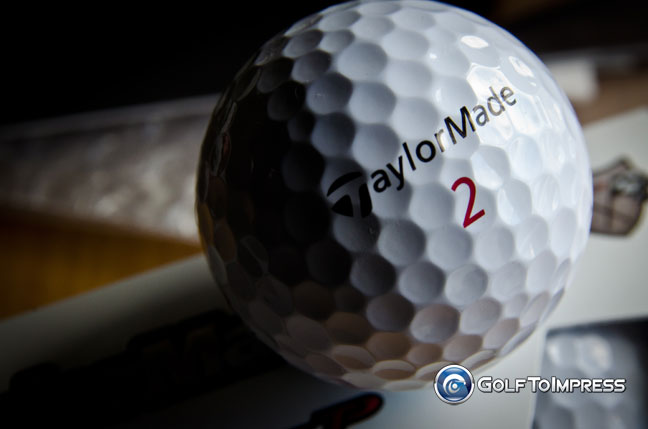 Like most Japanese market balls, especially the premium ones, Taylormade’s Five TP 322 ball is NOT cheap.  At 90.00 a box of 12 balls we’re talking  7.50 a ball.  Average golfers who lose a lot of balls suffer great pains when expensive balls like these go missing (this ball isn’t even the most expensive as there are some brands that cost over 10.00 a ball). But for the better player who wants soft feel off all the clubs, an easy to compress ball, a stronger stable trajectory that won’t lose out in windy conditions, the new Five TP 322 is an amazing choice. Just don’t lose them.

I’ll be adding the balls to the shop this week along with a few other JDM ball releases but as always if you can’t wait, you can contact us to order directly.